We go hands-on with the unique action game

While I generally try to be very well informed about the games industry, we are in an era of self-publishing, one-man development teams, and indie projects that are a dime a dozen. So, some things slip past, even if they have some marketing and fan interest behind them. This has been the case for me with Biomutant. The game has been on my periphery for a while, and yet I've somehow managed to avoid seeing much of the game or its details. So, as E3 2019 was in its final hours and I wandered the rapidly emptying show floor, THQ Nordic's booth was in the vicinity. In it, a number of stations were available to check out this upcoming action game – and so I thought, now is as good time as any. I am glad I made the stop; this was an odd, fun, and confusing game all in one, and it left me more intrigued than any other title at this year's show. 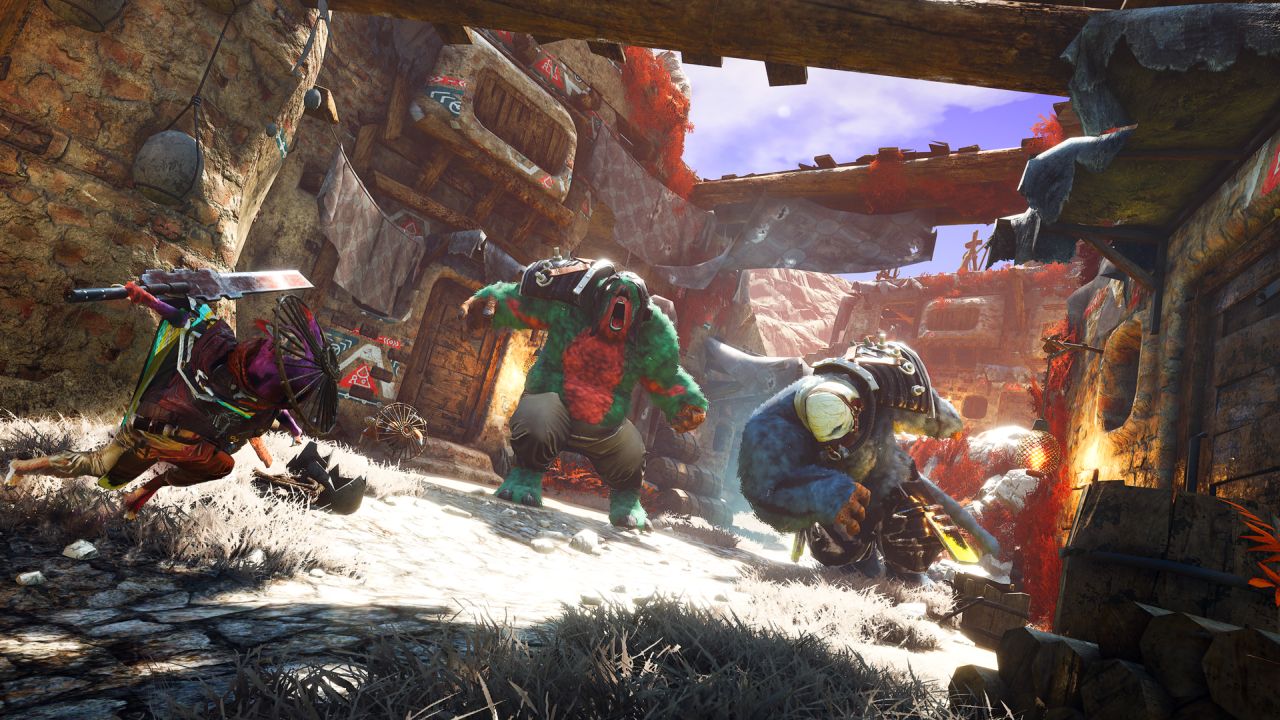 Before starting the demo, I got to customize my character. Players will be assuming the role of a raccoon-like creature, so right away I knew this was a unique, and somewhat odd, experience. For my furry hero, I could drag a slider around a typical spiderweb diagram, with the corners representing specific stats. Strength, vitality, agility, luck, and intellect were some of the options, and as you dragged the sliders from one corner to the next, you could create the character that's balanced towards your priorities. Amusingly, as those stats changed, so did the physical appearance of the creature. So putting points into strength made him bigger, while putting points into agility and intelligence made him leaner and changed the head shape. Beyond that, I could also customize his (or hers) fur style, type, length, and mane color. When the creature was looking spiffy, it was time to begin.

The demo kicked off with a narrated cutscene, and much to my surprise, Biomutant is attempting to be a very humorous game. The dry narrator told the story of the Tree of Life, and the planet needing a hero to save it. I was reminded of the LittleBigPlanet approach, but with a bit more edge to the humor. The action was taking place in a region called Fluff Territory, as our new hero got shot down from his floating balloon by some foes – cats in armor. The third person action was fairly typical, with melee, dodge, counter, and counter attack moves. The controls felt responsive and enjoyable, and after doing enough damage, our hero could perform slow-mo takedowns; chaining hits together got you combos. So far, so typical – apart from the whacky setting. During combat, comic book-like effects and words appear, such as "Bam" and "Smack", which further confused the heck of me as to what Biomutant is trying to be. With the initial group of enemies defeated, we ran around the grassy area and came across a group of locals trying to trap a huge creature called the Fluff Hulk.

I decided to intervene, of course, and kicked the butts of the enemies. This let the Fluff Hulk break free from its ropes, and so the fight was on with this large and hairy creature as a miniboss. The beast knocked me around the area, but using pistol attacks for some remote damage, it eventually fell. It was a fun combat sequence that underlined the strangeness of this world. We proceeded through the jungle-like area, which was also dotted with occasional basic structures. You can do some very basic linear climbing in specific areas. In one such structure we found a new weapon – called Klunk Fist. We could use this new iron glove to deliver some powerful punches; it could be charged up to deliver an ever stronger attack, and break through doors. 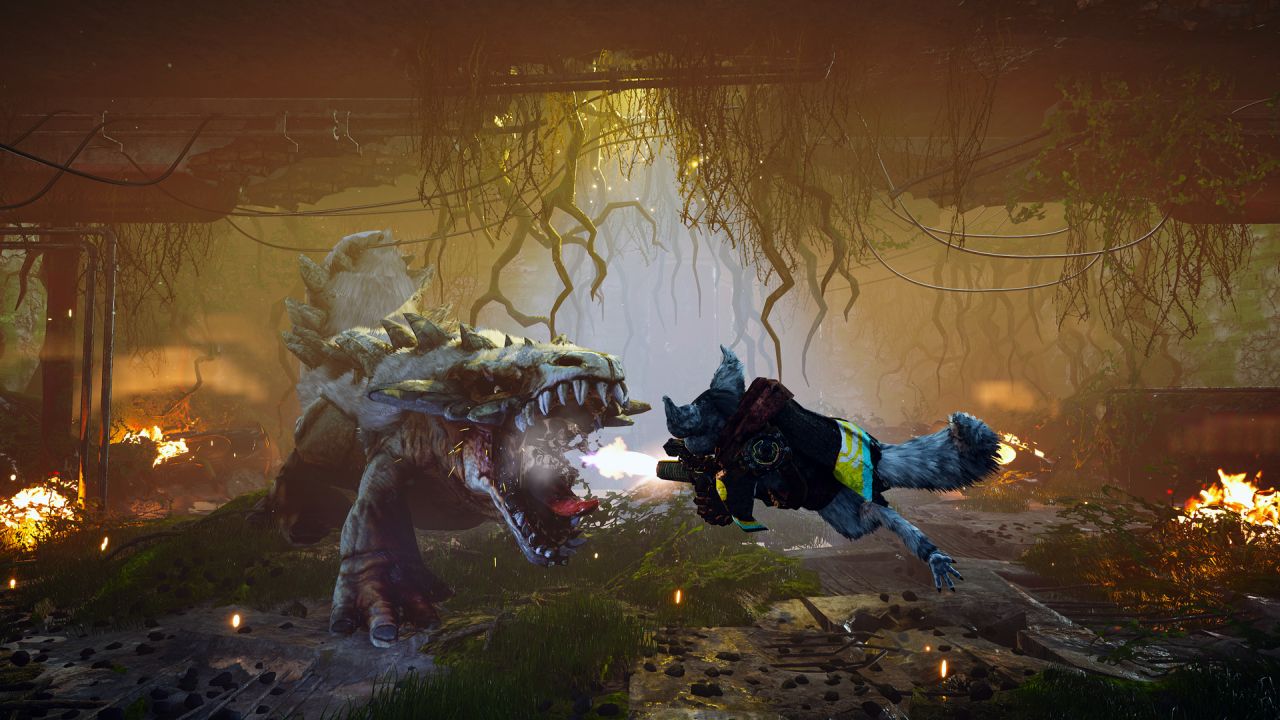 To get through the next few areas, we had to use a so-called Mucus Bubble to jump over ravines. Our hero created a bubble around himself from specific puddles of goo, and it allowed him to bounce high and get enemies stuck onto it. Upon reaching another big plateau, we had to defeat more enemies, and then break down a door into a base. Inside, an enemy was messing with a rocket-like device called Sprocket, so we knocked him off and went for a wild ride instead. Upon landing, we proceeded into another structure, took an elevator down, and spoke to a creature named Greasemonkey. Here, a couple of dialog options were available. He let us know that the parts we need for a personal robot can be found nearby.

In the next area, we faced a few environmental challenges – like low oxygen, which meant we had to keep moving with speed. We made it to a pile of scrap, and gathered the needed materials. The demo jumped to the next sequence, where we could use a bench to put a finishing touch on the robot – by choosing its head, such as a duck, dragon skull, and other options. Once inside the robot, we could wreck havoc on the little foes scurrying around. We also had to use its suction ability to soak up Dead Oil, a deadly black liquid that pooled in our path. Eventually, we made our way to a nearby abandoned town.

Here, we were faced with a big battle against a towering and yet amusingly designed creature called Jumbo Puff. This big guy was blue, but had a skull for a head, and used his huge tongue to swipe at us. This battle was chaotic, hilarious, engaging, and it was fun to see the buildings around us collapse. Somehow, this section managed to create the cool destructive sandbox that so many others games with giant heroes fail to do. With enough damage, the big creature was defeated, and the narrator again reminded us that perhaps there is hope for the planet and the Tree of Life. 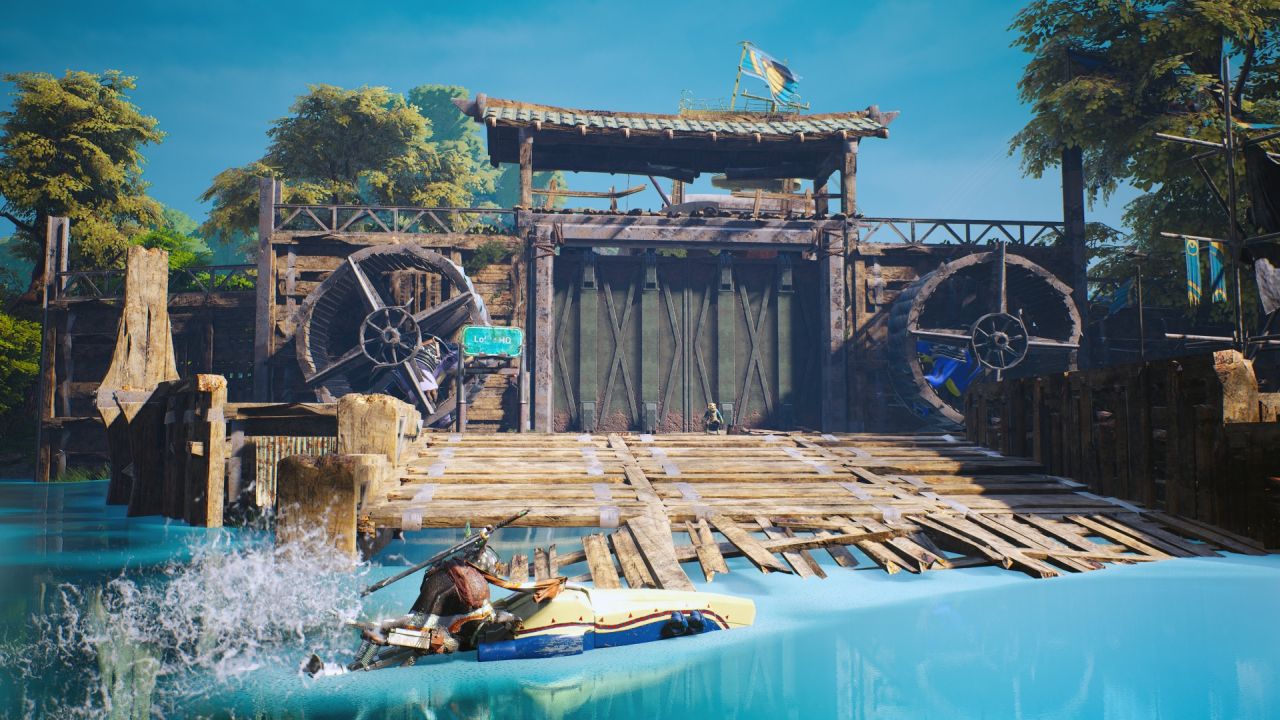 Getting hands-on time with Biomutant was such a pleasantly confusing experience. The game plays well, and it doesn’t do anything unique in its mechanics, but they are surprisingly engaging. Perhaps the biggest strength though comes from the crazy setting, off-beat humor, and a general sense of wackiness that the game exudes. I haven’t seen anything quite like Biomutant in a long time, and I will be very curious to see how the final game turns out when it launches in 2019 for PC, Xbox One, and PS4. 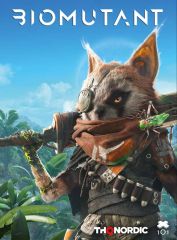 Our Review of Biomutant
55%
Mediocre
Reviewed on PlayStation 4
"A mishmash of too many ideas, inadequately executed"
Game Ranking
Biomutant (PlayStation 4) is ranked #1583 out of 1739 total reviewed games. It is ranked #86 out of 105 games reviewed in 2021.
1582. Daemon X Machina
Switch
1583. Biomutant

All videos for Biomutant (4)
Advertisement ▼