We go hands-on with the new superhero brawler

While it's true that the big budget Marvel's Avengers game is seemingly skipping the Nintendo Switch, that doesn't mean fans of the hybrid portable console won't be able to get their superhero action fix. Marvel Ultimate Alliance 3: The Black Order, the first title in the series since 2009, is coming to the Nintendo platform very soon. The new game promises modern mechanics, an expansive character roster, and lots of mayhem. We had a chance to play through a brief demo of the game at E3 2019. 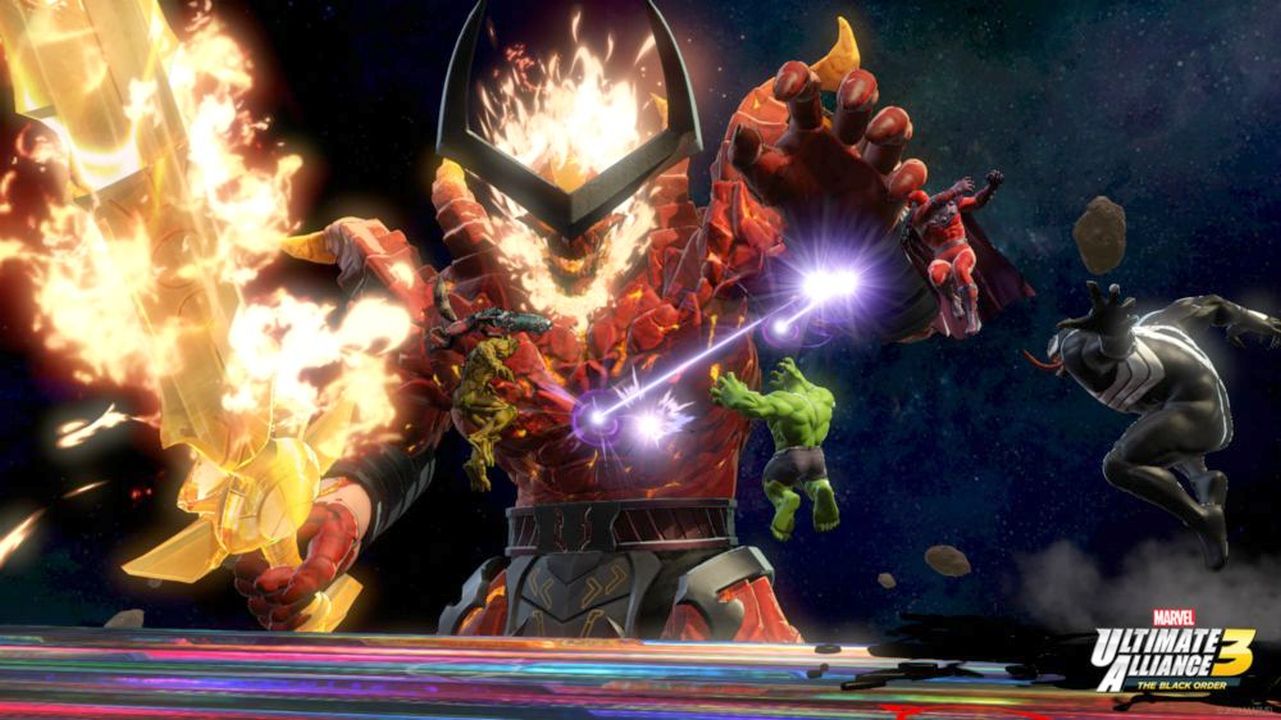 The new title is off to a promising start because it is being developed by the action game vets at Team Ninja, and it is also the first game in the series to be published by Nintendo, hence its exclusivity to the console. To make sure fans don't feel left out after a ten year break, the story will take place in an entirely new universe. Players will be able to choose from a good-sized roster of superheroes drawn from the Marvel Cinematic Universe (MCU), which includes The Avengers, the Guardians of the Galaxy, the Spider-Verse, X-Men, and more. For our demo, we played through a level in four-player co-op on the same Switch system.

Our roster for the first little while was composed of Miles Morales, Storm, Wolverine, and Captain Marvel. Each hero has their own combat moves, traits such as elemental damage or health recovery, as well as stats like energy, vitality, durability, and so on. The special attacks are bound to the four face buttons of the controller, and you will also be leveling up each hero individually. MUA3 promises plenty of RPG-like depth for players who want to grind out the stats of their heroes, but the demo was timed, so we jumped right into the action.

We were itching to get into the combat, so the narrative was difficult to pick up on. It seemed like we were following a trail of some enemies, while encountering an unimpressed Jessica Jones a few times along the day. When some foes finally decided to show themselves, our team eagerly engaged. As a hack and slash, there's not much that MUA3 does wrong. All of the heroes are satisfying to both see and control during combat, and the action itself is bombastic, but it is over the top chaotic so that you lose sight of where you are. With four players on screen, things got pretty busy, but not overwhelming. The typical controls included a light and heavy attacks. 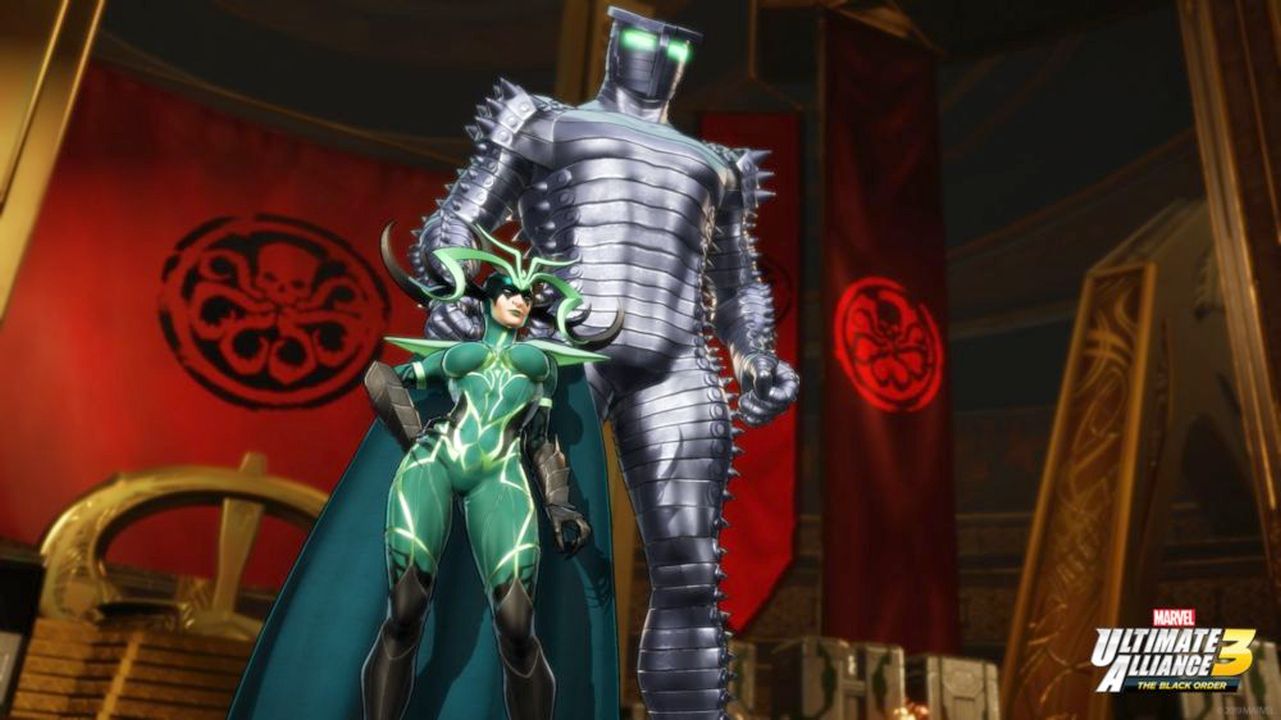 We beat up a bunch of foe groups as we progressed through the linear level, which started out on rooftops, and eventually made our way down to a Japanese garden themed area. Here, foes were numerous, so we had to use lots of our abilities to control the crowd. A few times over the course of the journey, the game allowed everyone to switch to a different hero if they so desired, but our team remained largely the same. Aside from the obvious reasons for switching things up, like spicing up gameplay variety and trying new superpowers, players may wish to align their hero roster. By choosing characters from the same universe (Avengers, Guardians, etc), the team would get a collective bonus. Even if just two of the heroes matched up, everyone benefitted.

While it was fun to crush enemy forces together, we could also take advantage of the synergy attack mechanic. By timing a button press together with a colleague, we could unleash an overpowering strike that combined our heroes' might. While the game obviously supports and is geared towards co-operative play, you can choose to save the world solo. The game lets you bring AI companions along, so you can still enjoy the mayhem even if no friends are around.

With a fixed isometric camera angle, Marvel Ultimate Alliance 3: The Black Order looks pretty good on the Switch. It doesn't have a very memorable art style nor technically impressive visuals, but for a hack and slack game, the presentation will suffice. Given that the game is out shortly - next month, in July - we'd wager that we were looking at the near-final build. We couldn't check out the audio or voice acting quality, as the co-operative gameplay prompted us to communicate and have fun together instead. 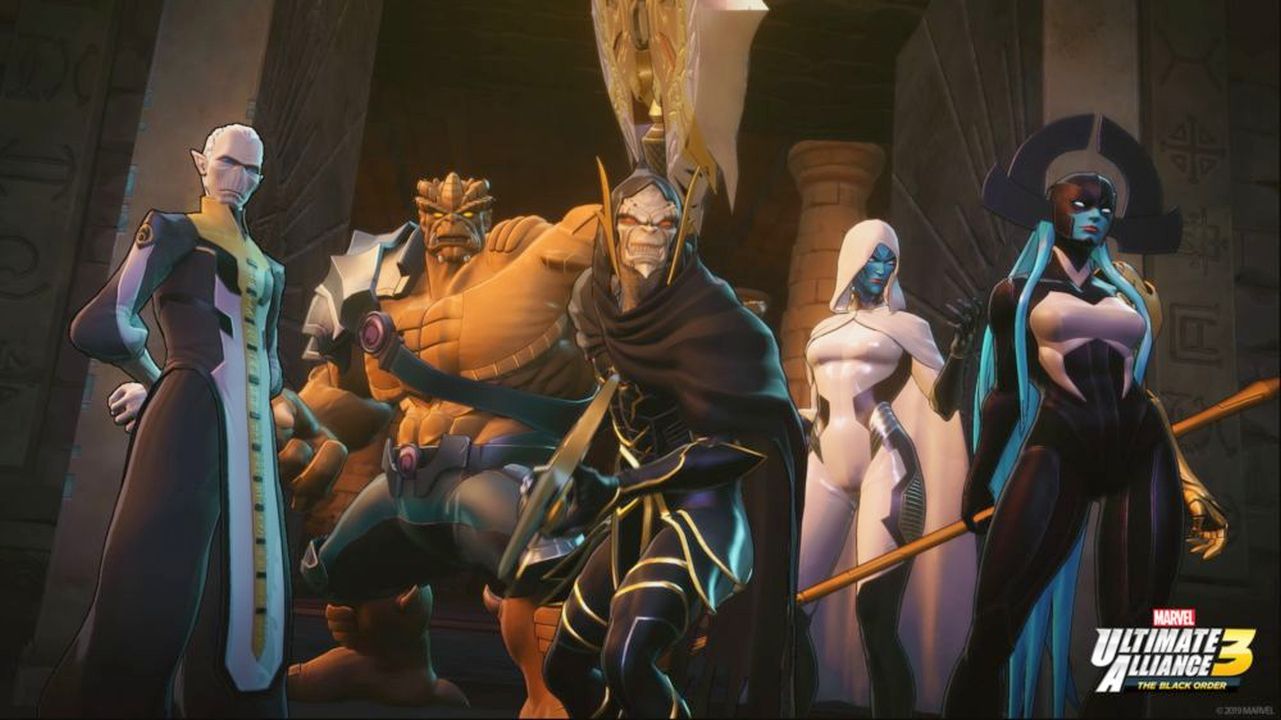 Marvel Ultimate Alliance 3: The Black Order may lack the big budget approach that you'll find from other developers, but as a co-operative brawler it seems to fit the bill rather well. The title will be out exclusively on the Nintendo Switch on July 19.

All videos for Marvel Ultimate Alliance 3: The Black Order (3)
Advertisement ▼