Great characters and excellent missions ensure that these episodes are well worth checking out.

Episodes from Liberty City contains two short stories of new characters in the same city featured in GTA 4. Although the city is almost identical during both episodes they introduce some new features and characters to make them just as enjoyable. The first story, The Lost and the Damned, stars Johnny Klebitz who is part of the motorcycle gang called “The Lost” who disagrees often with the recently released leader of the Lost. This episode has a much grittier feel and focuses on working with your gang members to get through missions.

Luis Lopez is the main character of the Ballad of Gay Tony, in which he acts as the muscle behind a drug addicted nightclub owner Tony Prince. When Tony isn’t passed out and Luis isn’t on a rampage they will probably be chasing diamonds or getting out of trouble. The episodes have their own style and feature some iconic characters crafted superbly by Rockstar. There are several cameos from prominent characters in Grand Theft Auto 4. Naturally there are new weapons and vehicles to use, some of them packing more punch in comparison to those in GTA 4. 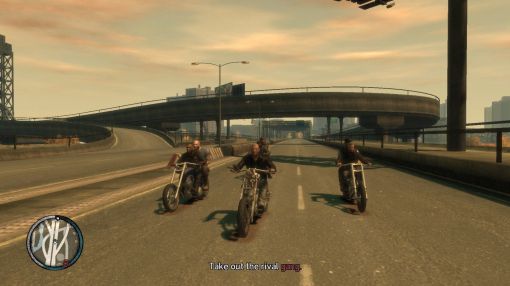 Johnny Klebitz is the vice president of “The Lost” and was in control of the gang until the President is rehabilitated and The Lost gang is restored to its former glory. That glory is short-lived as The Lost undertake some shady tasks that bring much tension between the two leaders. Many of the game events takes place on a Motorcycle and you will be required to drive one for many of the missions, the game will give you one directly in most cases but you can always call one in. Many of these missions are done with groups of other bikers and this means you will travel to a mission location with them in formation listening to them banter. This formation also gives you a minor health and armor boost before missions when you move in the correct position. You won’t need to read the map much as you can just follow the leader to the obscure locations but this slow riding is rather tedious and you will probably know the city very well anyway. You can during missions call for backup from other Lost members, and they can be quite helpful when they aren’t having trouble navigating around objects or through traffic.
Some of your fellow bikers will get stuck on cars or on road objects but they will teleport quickly into position so you won’t notice it much. It is perhaps the races that become the most fun with bikes, now you can use a baseball bat to knock other riders off but beware they also have this ability. 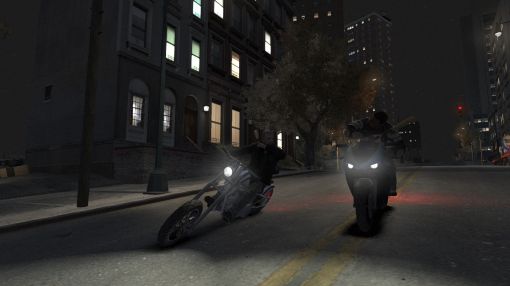 Who needs driving skill when you have a baseball bat?

The problem with “The Lost” is that the story doesn’t feel complete after it comes to an abrupt end. A few story pieces are just thrown at you with little explanation. The game also features some rather long and dreary battles against Angel biker members. One new weapon included is a grenade launcher unfortunately it takes a few of these to take down enemies and far too long for it to explode. To compound this problem there are numerous missions where the game will send many waves of these enemies at you and the cover mechanic is a little unresponsive when enemies duck in and out of cover. The story, weapon and character weaknesses in the Lost are greatly reduced in the second episode. 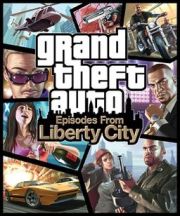