In our second time seeing the upcoming action game, we get to go hands-on

Remedy Entertainment probably doesn't get enough credit for their shooter mechanics. People tend to focus on the stories they've told and the worlds they've built. Games like Max Payne and Alan Wake are based upon the foundations of their characters and pulpy narratives, but operating beneath those stories are really solid action mechanics that have used creative gameplay to become more than just rote shooters. 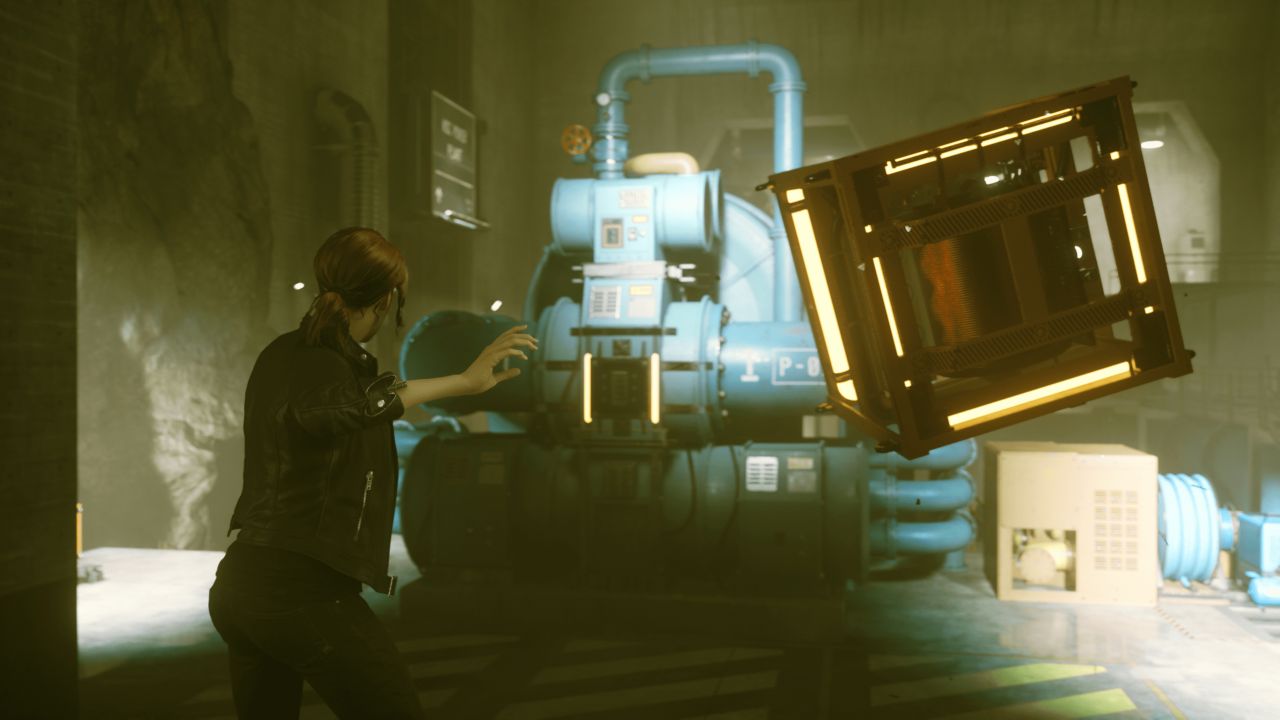 When I saw Control last year, it looked like Remedy was honing in on those strong shooter mechanics. There was no talk of TV show tie-ins or celebrity actors. Instead, the only thing that Remedy talked about was the gameplay, showing off the kinds of enemies, encounters, and powers that would craft the experience of playing Control. The only problem with a hands-off demo is that you can watch all the gameplay in the world, but it doesn't help you understand how the game is going to actually feel.

This year, we got to go hands-on and I'm even more excited to tell you that Control feels excellent. Not only does the gameplay appears to be finely balanced, but using protagonist Jesse's powers to throw items at enemies or dash out of the way of projectiles has a nice weight and impact while remaining appropriately fluid. Exploring the world, using the map, navigating the menus, all of it is easy to use and adds to the legacy of Remedy's solid gameplay.

As I start my time with Control, the Oldest House (the strange building in which the game is set) is currently under lockdown and I have to find the Janitor to get the lockdown lifted. The levels of Control can feel labyrinthian and it's easy to get turned around. Luckily, by pressing up on the D-pad, you can quickly pull up a map overlay that can help you navigate your way forward.

It doesn't take long before I am in a firefight with the Hiss - the strange, red-eyed enemy in Control. Based on dialogue from later in the demo, it sounds like the majority of the Hiss are Bureau soldiers who have been possessed. Control isn't a cover-based shooter, so you're forced to weave your way around the environment while fighting. 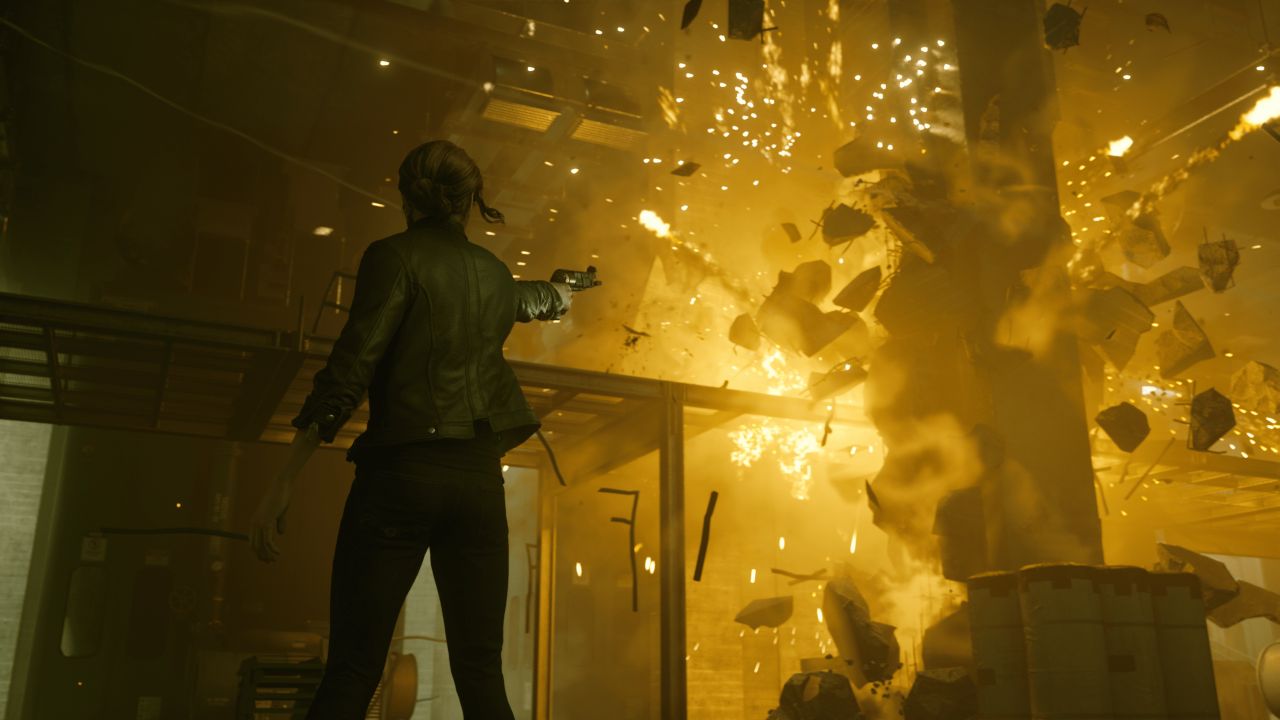 The way that you press and retreat, bob and weave in Control is fun, but it doesn't compare to the fun of the using the powers. As I play, the only ability Jesse has is to telekinetically throw items at enemies, but even that is a blast. Simply holding the right bumper will summon an item next to you. You can focus on a specific item if you want to move something in particular, or you can just hold the button and the closest item will be pulled toward you. Then, you'll need to aim at enemies and release the bumper button to throw. This doesn't have to be a lengthy process; one time I aimed at an enemy and had hardly pressed the throw button when a crate smashed into him from the side.

Before I find the Janitor, I enter a room and fall through the floor. Suddenly, I'm in an other-worldly place, somewhere seemingly beyond the Oldest House. I run on a series of platforms that appear to be floating in the air. At the end of the platforms is a red carousel horse. Jesse reaches the horse and touches it. She's then granted a new power, the ability to dash with super-human speed.

There's a short tutorial course where I use the dash ability to avoid being smashed between slamming walls. I can also use the ability to leap in the air and dash forward. After the tutorial, I am returned to the Oldest House with my new tool.

I fight my way through to the Janitor who says in order to remove the lockdown, I'll have to get the power going, and must make my way to the main power room at the center of the map. One issue I had in the demo is that the environments tend to look a little too familiar. Even though this is a short demo and we're clearly confined to one section of the game, upon reflection it's a little difficult to separate out the different rooms and parts of the mission. It all tends to run together, a byproduct of everything looking a little too similar.

When I get to the main power control room, I meet a guard who tells me that there are two things I'll need to do to get the power going. First, I'll have to restart the generator, then I'll have to flush the coolant system. I navigate my way to the generator, which is crawling with enemies. I quickly start throwing debris and returning gunfire. When the Hiss get too close I can use a melee attack to quickly stun them, before popping them full of bullets. 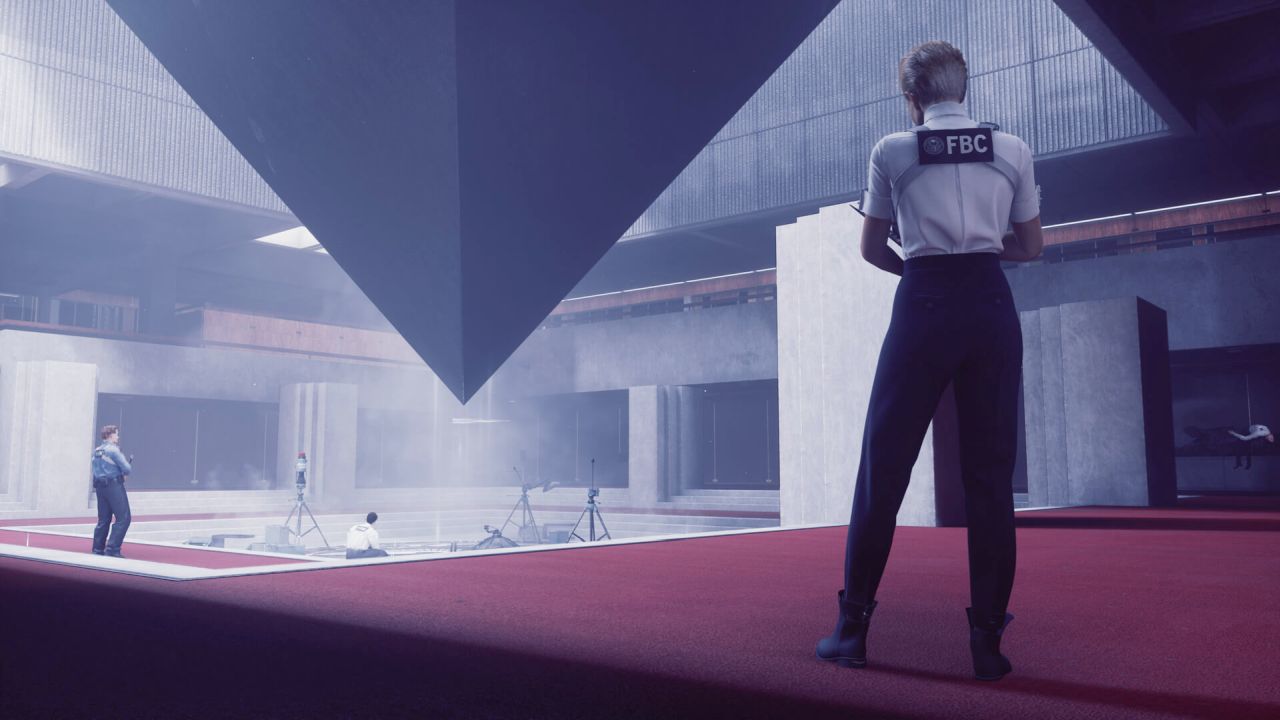 Once the enemies have been cleared, I search the area for a way to get the generator running again. I find box-like power cells that I can lift using pull/throw power. I then find plugs on the generator where I can place the power cells. After connecting three of them, the generator starts working, and now there's just one more objective left.

Here I encounter a new kind of enemy. These Hiss don't look like people. They're creatures that crawl toward me, almost spider-like, with glowing red spots on them. Those spots can be shot to do some serious damage, but these creatures aren't returning fire, they're running toward you and when they've taken enough damage they will explode.

After clearing the way forward, I reach the coolant system and find a whole room filled with these new creatures and regular Hiss soldiers. I dodge my way through the room, going up ramps to catwalks and returning fire from the high ground. Once the room is cleared, I discover that something is clogging the piping.

It's here that my time with Control comes to an end. I'll add that it still feels like Remedy has found an interesting story, and Jesse is a fascinating character in her own right. But in my time playing Control, the action is the real the star of the show. Control will be released August 27th on PC, PlayStation 4, and Xbox One.

Our Review of Control
81%
Great
Reviewed on PC
"Strange science and slick supernatural shooting"
Game Ranking
Control (PC) is ranked #403 out of 1660 total reviewed games. It is ranked #17 out of 144 games reviewed in 2019.
402. Unforeseen Incidents
PC
403. Control

All videos for Control (5)
Advertisement ▼