We get a second look at the upcoming survival action game

Last year, Dying Light 2 was the biggest highlight of E3 for me. I liked the first game enough, but it lacked a compelling story to keep me invested throughout the entire playtime. So to see Techland bringing in a writer with the caliber of Chris Avellone was exactly what it took to get me on board for Dying Light 2. While this sequel took me completely by surprise at E3 2018, this year I came with expectations and anticipation, eager to see at which stage of development the game was at, and what was being shown at the final E3 before the game launches (assuming it hits the advertised Spring 2020 release date). 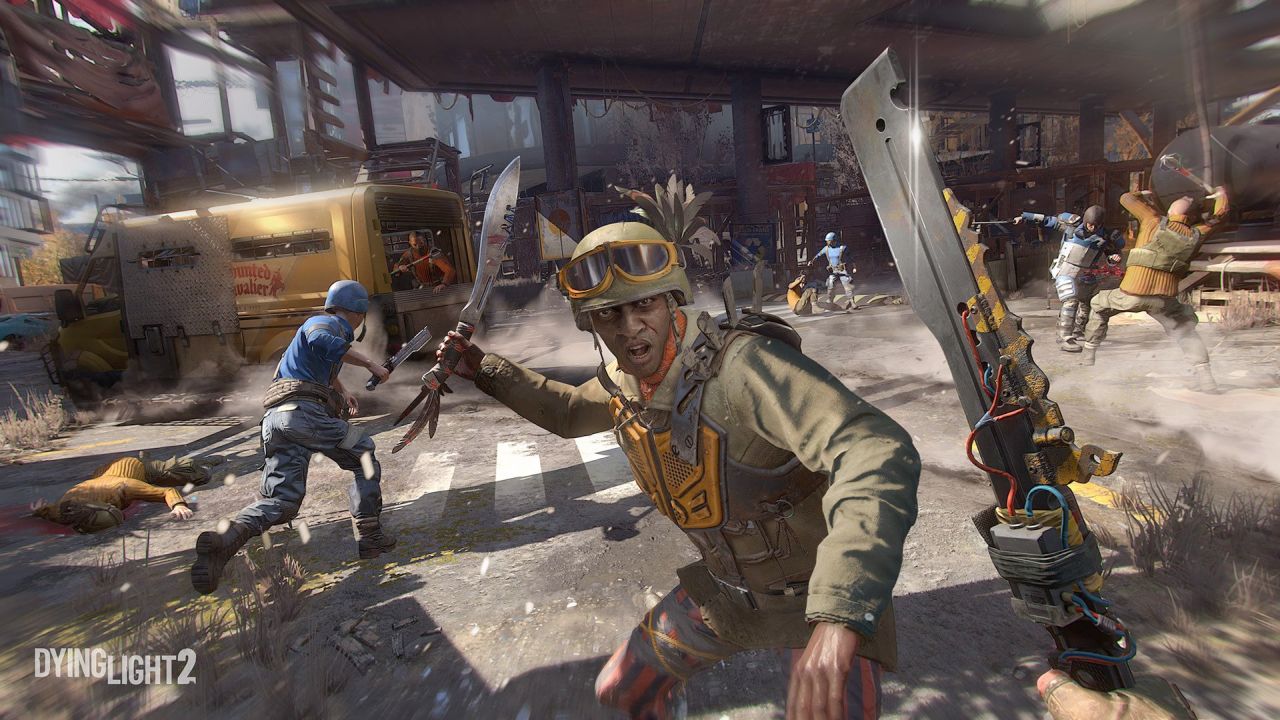 And what we saw was more of the same. More of the “modern dark ages” aesthetic that blends a post-apocalyptic era of humanity with a medieval-esque flavor. More of the nimble parkour world traversal and brutal, bloody combat. More of the choices that will influence the plot and the world. I don't mean to say it was simply a repeat of last year, but rather the veil was pulled back just a little further so that we could glimpse more about how the gameplay will look like in the short-term and the long term.

The main character of Dying Light 2 is Aiden. As we watch the gameplay in our closed doors session, we see Aiden clearly in pain and struggling with his infection. There's a knock on the door as his friend, Frank, wakes him up. After Aiden opens the door, Frank asks if he's okay and offers him a drink.

Aiden appears to be staying in the back of a gloomy, dingy bar owned by Frank. Aiden and Frank walk through the bar which is illuminated by a purple light and filled with the voice of Lola. As they walk and talk, Frank tells Aiden that the water supply is about to run out in their district and that their only solution is to speak to The Colonel, the leader of The Renegades, a faction who seems to have a contentious relationship with Frank.

Frank introduces Aiden and the audience to two new characters, Juan and Matt. The two don't seem to get along. Matt still believes that the only solution is to get The Colonel to turn on the water pumps, but Juan wants nothing to do with it, believing that they would be best to leave The Colonel alone. Still, they seem to follow Frank's lead. Frank heads outside to meet the Renegade team that is going to bring him to The Colonel, while Aiden heads upstairs with Juan.

Juan is voicing his concerns with Frank's plan when suddenly a gunshot rings out. Aiden quickly descends to the street level where a fight has broken out between the Renegades and Frank's people. Aiden leaps into the fight and pulls out a modified electric sword that he uses to make quick work of the Renegades.

After the chaos has subsided, Aiden finds that Frank has been shot. Matt encourages Aiden to chase the truck carrying the surviving Renegades, but you are presented with an option to stay at Frank's side instead. However, there's limited time to make a choice, so Aiden has to be quick. In this demo, Aiden chooses to chase the truck. 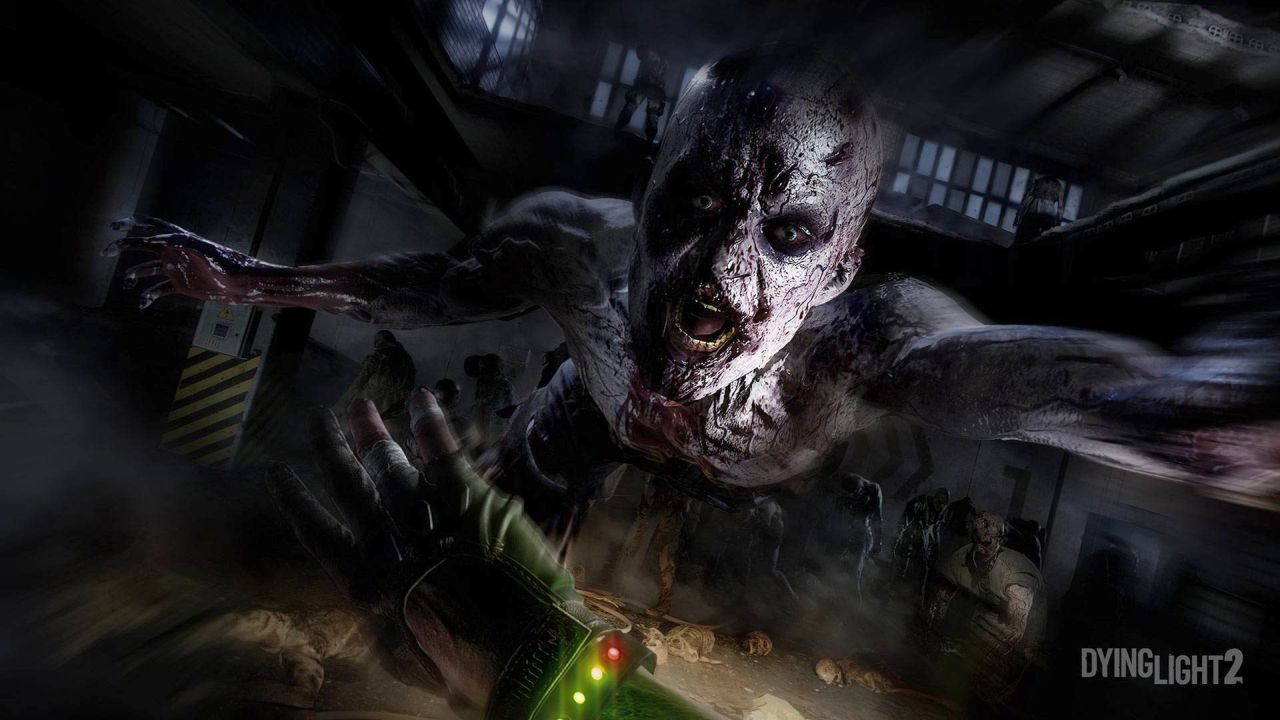 Quickly Aiden scales a series of buildings, climbing toward a vantage point he can use to spot the truck. Again, Techland shows off their fast-paced traversal that should be familiar to those that played the first game - running, jumping, and sliding through the world. However, as opposed to the first game, which was an isolated experience, in Dying Light 2 the world is littered with civilians who jump out of the way as you hurry past them.

Once the truck has been spotted, Aiden leaps into the air and uses a grappling hook to propel himself forward, then switches to a paraglider to quickly catch up to the truck. The soundtrack is excellent here, it pounds and thumps in the background adding tension to the chase. Just when it looks like Aiden has caught up, the wooden floorboards beneath him give way and he falls into the darkness below. After recovering and getting to his feet, he finds himself surrounded by zombies.

Hurriedly, Aiden looks for an exit, using a UV flashlight to keep the zombies at bay. He finds a door to the exit, but it's barred and he doesn't have the stamina to break it open (which is based on how you develop and level up the character). He needs to find another way. Aiden dodges through the zombies and starts climbing a ladder, but is tackled before he can reach the top. He uses a UV flare to back the zombies off and starts climbing again.

Having escaped the horde, Aiden spots the truck again and resumes his chase. During the chase, he slides off of a rooftop and bursts through a window, following the truck with a reckless abandon. He dodges more zombies and finally catches up to the truck. He leaps atop of it, killing the Renegade manning a turret and sliding down into the passenger seat where he threatens the driver, named Steve, to take him to The Colonel.

The driver is a bit of a talker, nervously making chit-chat as he drives them toward the castle. Upon reaching said castle, he honks three times, the code for them to lower the drawbridge. Inside, Aiden finds an environment quite different from what he expected. Children are playing with their families and friends, the whole place has a serene and peaceful feeling to it. This hardly feels like the nasty home to a bunch of murders, like we had been led to believe. 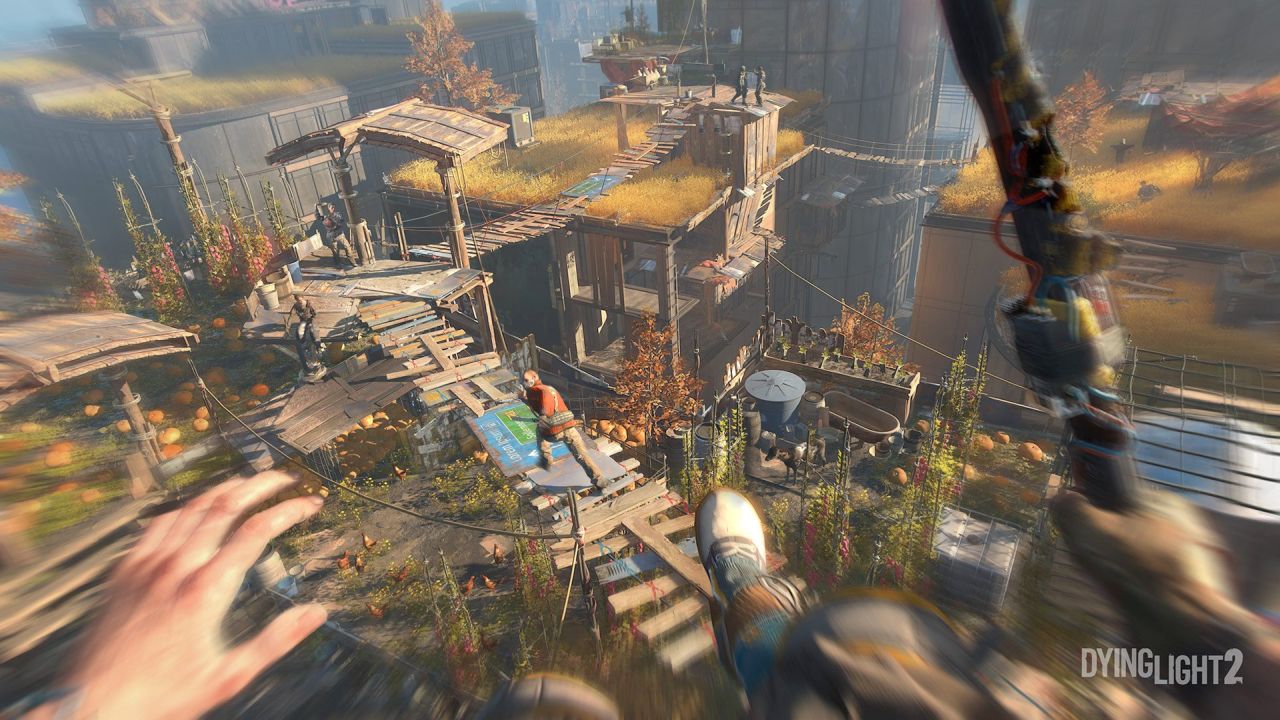 Steve pulls to a stop and Aiden threatens him again to be silent, saying should Steve raise the alarm, Aiden will come for him. The Colonel is hidden away in a stronghold with tight security and high walls, but it looks like there's a way to scale the building and reach him quietly. Aiden sneaks his way upwards, taking out a guard silently. He's almost inside the stronghold when he gets a call from Matt and is told that Frank is dead. We're told that if Aiden had stayed with Frank, things might have turned out differently.

Shortly after this, driver Steve summons the nerve to raise the alarm below. A guard spots Aiden, but he's quickly taken out. After Aiden breaks into the stronghold, the guards descend on him and there's nothing to do but make a run for it. He is forced to quickly kill more guards and then pull himself into the vents to hide.

Aiden sneaks around the guards and through the vents, eventually finding his way to The Colonel's chambers. After initially avoiding the guards, he takes them by surprise and drops down from above, taking one out instantly, then dealing with the second. Aiden then enters the chamber, where a woman is playing the piano. The Colonel appears and refuses to the turn on the water pumps, asking where Frank is. Aiden explains that Frank is dead and the Renegades killed him. The Colonel is confused by this and asks Aiden if he saw the Renegades kill him. Aiden admits he didn't.

The Colonel says that he can help Aiden, but we need to trust him. Matt chirps in over the radio and encourages Aiden to kill The Colonel - again there's a choice to be made. Aiden decides to attack The Colonel and suddenly guards descend on him. Aiden starts fighting the new guards when a gunshot rings out. One of the guards has a rifle and must be dealt with first. Aiden quickly attacks the guard with the gun and then turns it on his enemies. Once the bullets are spent, Aiden uses the gun as a club. The final guard is heavily armored and weapons won't work on him. Aiden has to grapple and deliver a powerful kick to the guard, stunning him, before he can do some damage.

After finishing off the elite guard, Aiden turns on the water pumps and we get a glimpse at how it will affect the game. The water flows into the city, but it drains from the Renegade Castle and the castle is then raided by Matt's people. We're told that The Colonel correctly anticipated that there was a coup being plotted against him. With water drained, a new area has opened up with new quests and objectives for Aiden. 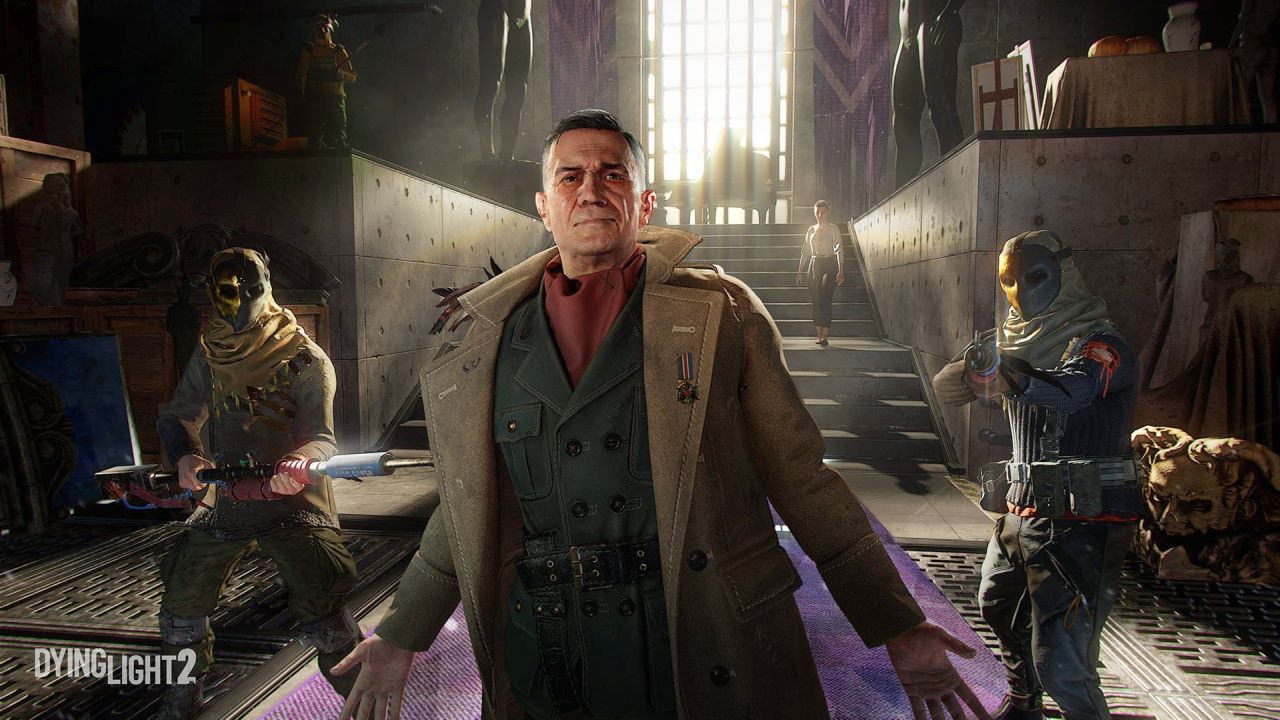 Dying Light 2 continues to be a game that I'm excited for. While what we saw this year was not particularly new, seeing more of the game in action affirmed many of the feelings that made me interested in this sequel in the first place. The only thing we need now is a solid release date - all we have for now is Spring 2020 on PC, PlayStation 4, and Xbox One.

All videos for Dying Light 2 (4)
Advertisement ▼