We go on a wild musical ride

If you're not familiar with Simogo Games, you should probably change that. Working primarily in the mobil space, Simogo has made some incredible games - most notably the horror-adventure game Year Walk and the spy-thriller Device 6. While they have brought some of their games to console (Year Walk was ported to the Wii U), they haven't developed a game directly to console during their entire career. So when I saw they were creating a game for the Nintendo Switch, my interest was piqued – and when I heard that they were making a so-called “Pop album video game,” I was very much on board. 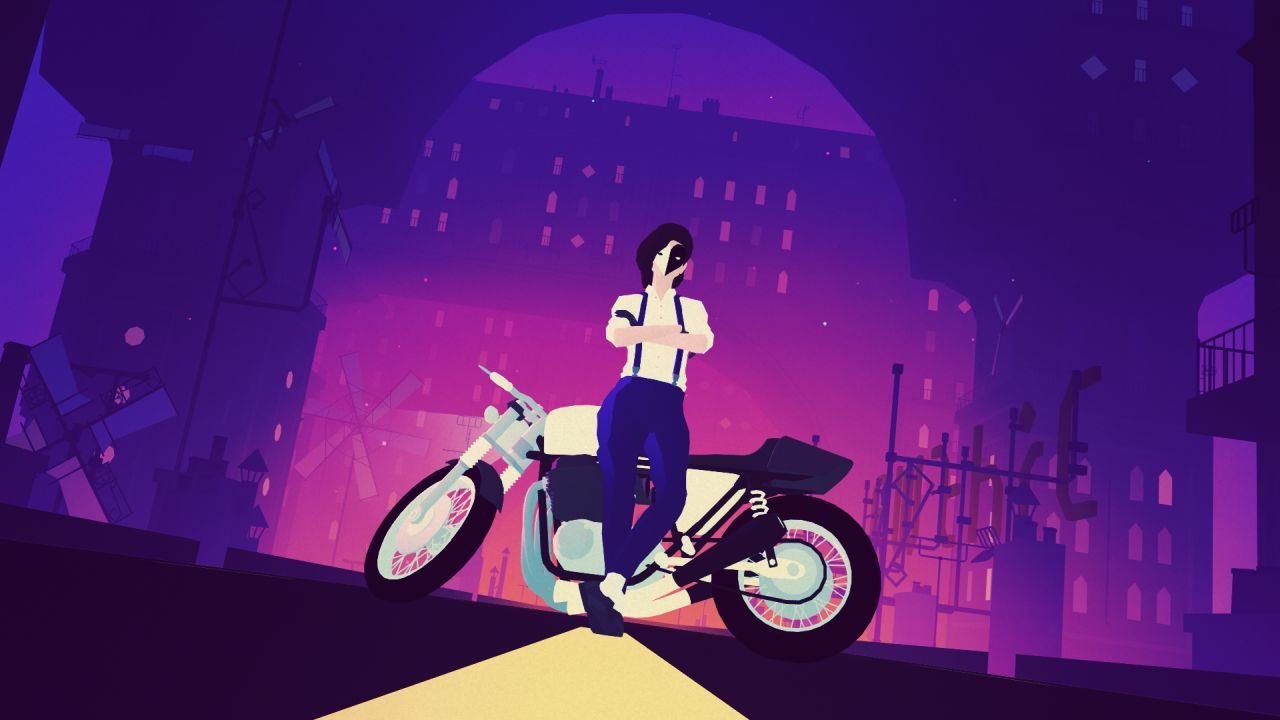 There are a lot of ways to describe Sayonara Wild Hearts, but I found this snippet from Simogo that I thought was just too perfect: “Sayonara Wild Hearts is a euphoric music video dream about being awesome, riding motorcycles, skateboarding, dance battling, shooting lasers, wielding swords, and breaking hearts at 200 mph.”

That's just dead on. Simogo's newest game is a blast of music adrenaline, a game that could be described as a spiritual successor to Harmonix's Amplitude, but is also so much more. I haven't played a music game that made me this happy in a long a time; Sayonara Wild Hearts is such a musical rush that I was almost instantly won over by its fast action, electric soundtrack, and vibrant aesthetic.

Things actually start off pretty slow. At first, there is a quick explanation to the lore of the world, a series of sentences describe how there once were hearts, but they have been stolen - I can only guess that getting those hearts back is going to be our job. I am then introduced to the main character, named The Fool. She sleeps in her bed with soft, tonal music chirping in the background, and we slowly pass into her dream world.

The Fool falls through blackness and then finds herself on a racing track floating in a black, strange dream world. On the track there is a series of hearts that can be collected, the more hearts collected, the more points you can earn, with different hearts having different values. Small, white hearts are worth very little, but big black hearts are worth more. Also, the more hearts you collect the faster you go. That's not really a concern on the first level. This is all very chill as Simogo clearly just wants me to get a feel for what the game will be. 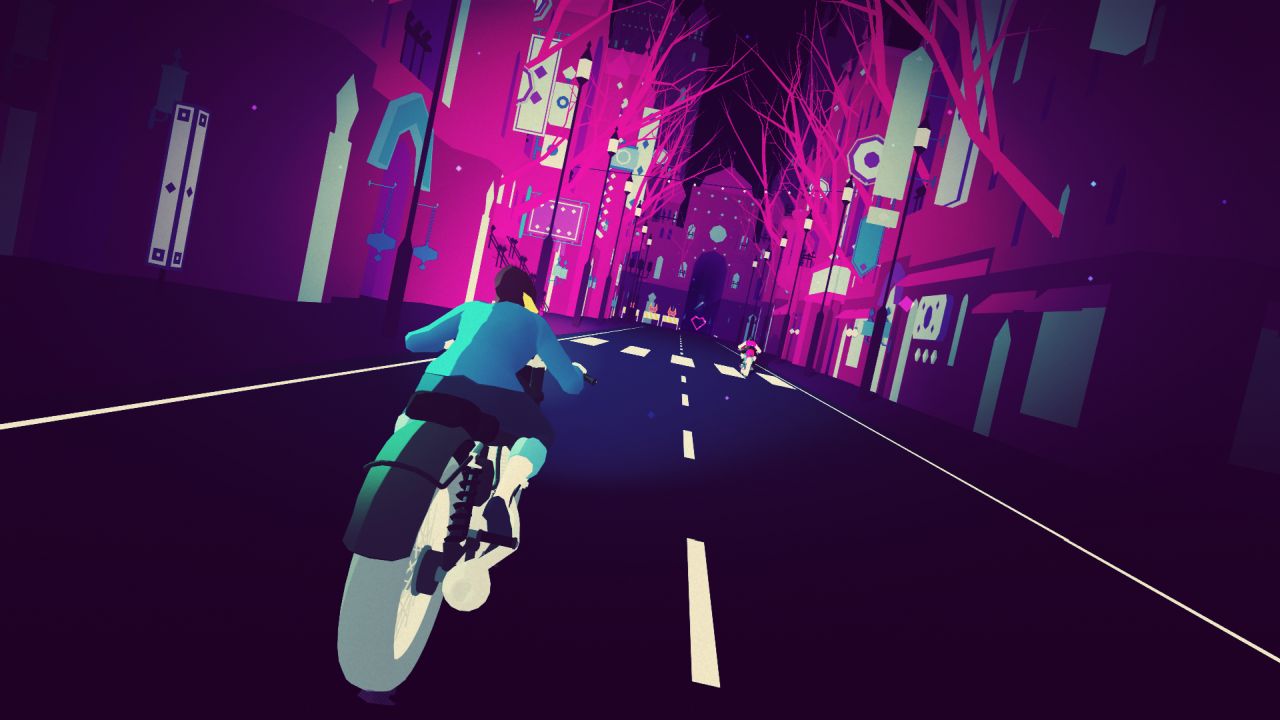 In the second level, The Fool dons her costume with a blue jacket and black mask. Things are a little bit faster now, as she rides a motorcycle through the street of a city, weaving around traffic, under arches - still collecting hearts. There are a few levels here, each ramping up the tempo and making things a little more difficult. While at first I'm clearing stages with the rating of “Gold”, my rankings drop to “Bronze” in the latter stages.

After a few more tracks, I am introduced to the biker gang named The Dancing Devils. They enter the scene with a ballet pirouette and then attack The Fool. A series of quick-time events are triggered and I have to dodge punches from the Dancing Devils to the beat of the music that pulses behind the action.

While the action is great, the music is still the star. The soundtrack feels like a blend between synth pop and k-pop, drum beats snap below light and airy female vocals. What's even more impressive is that the music is all original for the game. So there hasn't been an effort to make songs fit into the tone of the level, instead the levels have clearly been built around the music. The poppy tone of the soundtrack matches the electric pink colors that flood the screen. If you played Thumper, well, this is basically the exact opposite of that.

After the fisticuffs with the Dancing Devils, we take it to the track and The Fool chases them on her motorcycle. As we zip through the city, the Devils shoot fireball-like projectiles back at me, forcing me to dodge out of the way. After I chase each of the Dancing Devils down, another series of quick-time button prompts are triggered, in which The Fool delivers a series of punches and the finishing blow to each member of the gang. Once the gang is defeated, my time with the demo ends. 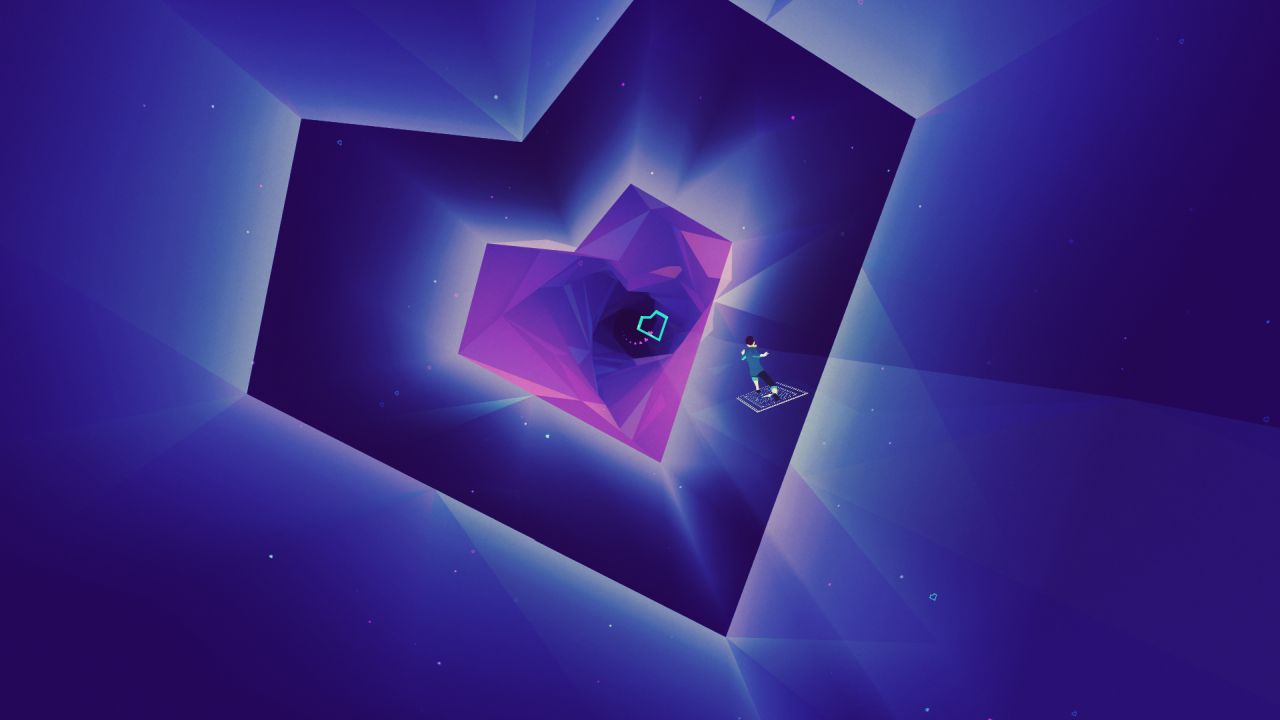 I don't know if it's clear enough by now, but I was simply smitten with Sayonara Wild Hearts. In some ways, it's the kind of game that's difficult to tell people about. It's something that you have to play, to experience for yourself. The music, the visuals, and the gameplay all come together for something that was an absolute blast. After my demo finished, I watched a quick sizzle reel of the other enemies you'll face in the game, and as I listened to the style of music that would accompany each foe, I couldn't help but feel excited.

The best thing you can say about a demo is that you were left wanting more, and had I been left to my own devices, I can safely say that I would have spent all day simply sitting the Annapurna meeting room playing Sayonara Wild Hearts. So, yeah, I want more. I want more as fast as I can possibly get it.

Sayonara Wild Hearts launches 2019 on the Nintendo Switch, and unconfirmed other platforms. 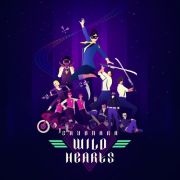