A nice looking game without much to sink your teeth into

When design patterns shift in video games, we rarely realize their significance in the moment, or the long-lasting repercussions that are to come. When the indie scene emerged in the late 2000s, few people considered how the market could lure away AAA talent or how this new tier of the market would slowly eat away at B-level games. To this same effect, when the crowd-funding scene took off, few people gave a thought to what would happen when the project the studio was founded to make was completed, and suddenly an entire company was left over. Some studios have returned to the Kickstarter well, promising more of the same thing, but Red Thread Games has gone a different route. After ending Ragnar Tørnquist's long-dormant Dreamfall series with Dreamfall Chapters, Red Thread has left the crowd-funding scene and instead Draugen was funded by a grant from the Norwegian Film Institute. The game also represents a significant departure from Tørnquist's previous works, as it is more of a walking simulator than an adventure game. 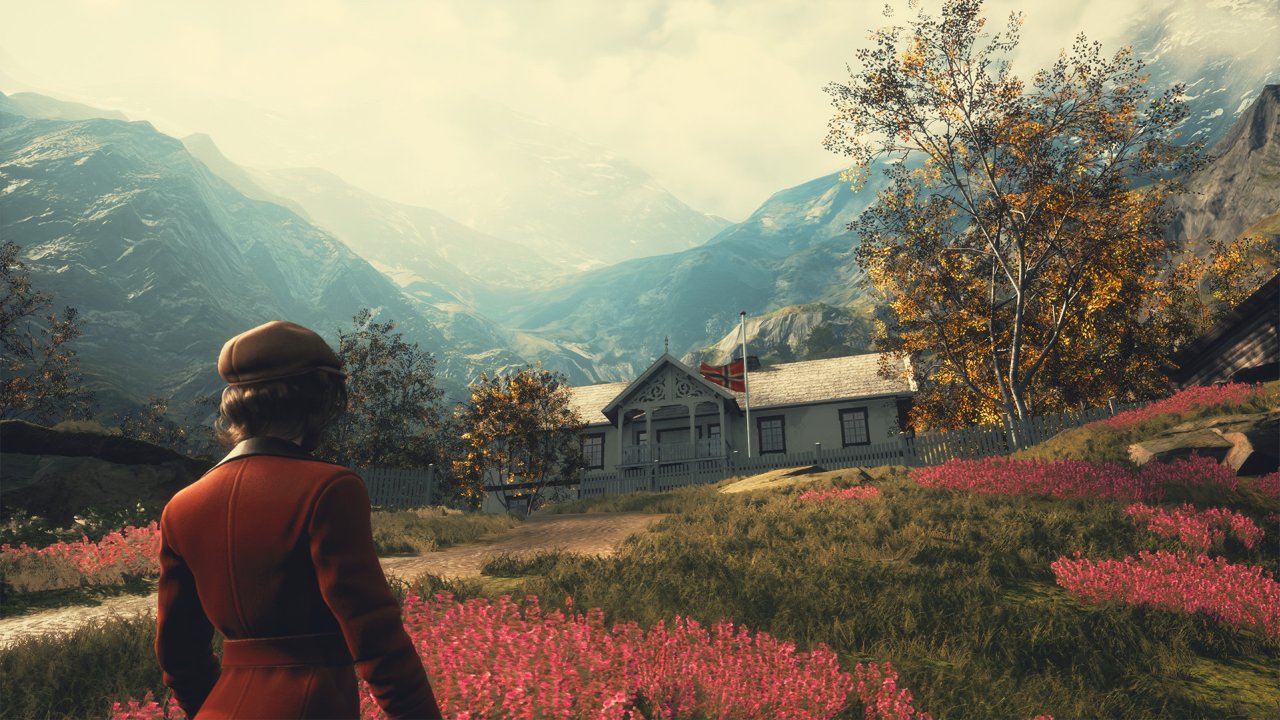 Tørnquist's history is interesting. He hasn't enjoyed the success or recognition of other celebrity adventure game developers like David Cage, Ron Gilbert, or Tim Schafer, but he definitely continues to be beloved by a loyal cult following. And that following will probably enjoy Draugen. This designer's fantasy has always worn the veil of real-world elements, with characters often wondering if they're dreaming or going mad, and Draugen is more of that. There's also a nice homage to Red Thread's home country of Norway. Half of the charm of Tørnquist's games is that they've clearly bitten off more than they can chew and that issue is still clear with Draugen. There are pacing issues, lackluster vocal performances, and the ending might be on the weak side - but this will likely seem forgivable if you're fan of his previous games.

The game tells the story of Edward, an American searching for his sister, Betty. It's a little hard to follow the timeline, which seems intentional, but after Betty moved from Boston to New York, she somehow got tangled up in the drama of a family feud set in a small Norwegian mining village. After the tragic death of a child, the village begins to turn on each other, the whole situation spiraling out of control. It's the aftermath of this incident in which Edward shows up, hoping to find her.

Edward is not alone; he's accompanied by Alice, whose relationship to him isn't exactly clear at first, but she's a significant part of the gameplay. Aside from walking around the small village, the majority of your actions will be interacting with Alice. She will largely guide you around, suggesting where to go next and what to do. You'll also encounter times when you'll have dialogue options. There's doesn't seem to be a branching narrative, but it's interesting to see the different things you can say, changing Edward's motivations. 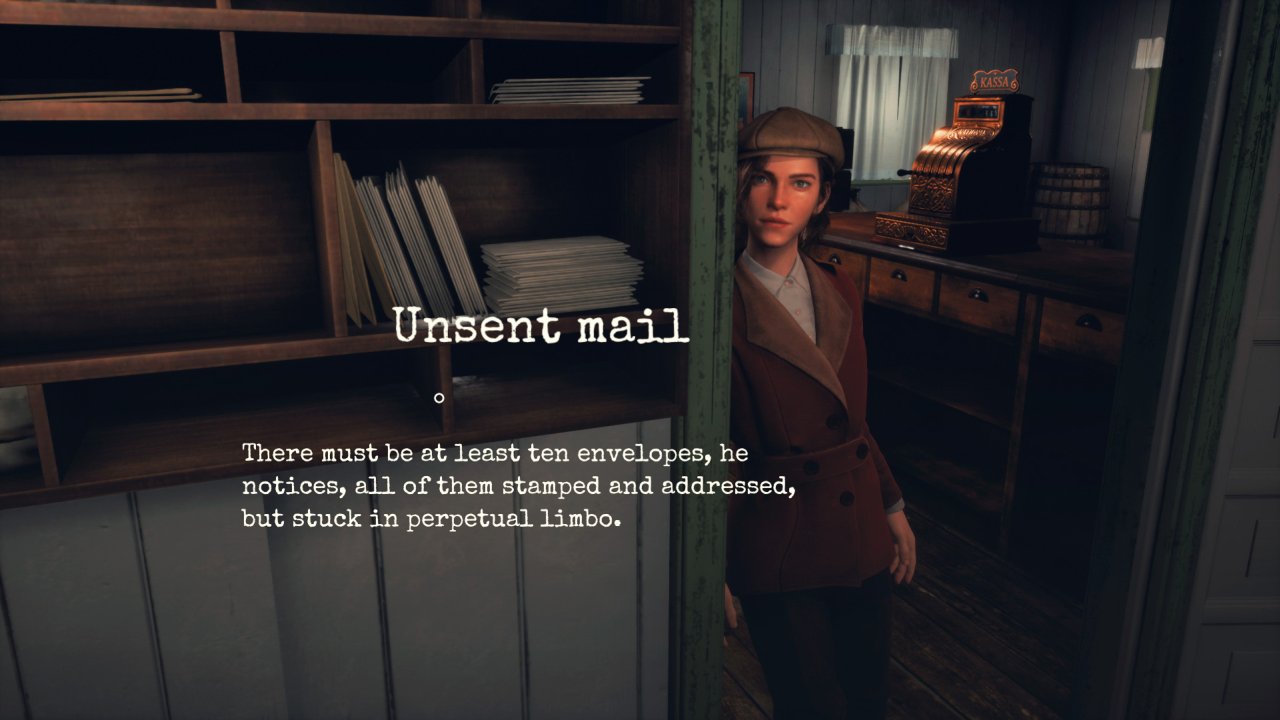 A big issue with Draugen is that there isn't much to do. You can see the threads (no pun intended) of what the gameplay was imagined to be. There's a little language puzzle here, a little investigation sequence there, but a lot of these ideas are brought up once and then never explored again. It never really clicks. That might be because the game isn't long enough to find its feet. Clocking in at a brisk three hours, Draugen almost feels like it would benefit from less gameplay, really honing in on just conversation mechanics and exploration.

The mechanics aren't bad necessarily, just under-utilized. Collecting pages in a church feels like busywork and everything is so easy, it's obvious that it's been put in place to simply drag out the game a bit, rather than really add anything to it. Again, Draugen probably would have benefitted from a little more focus if it was going to be so short.

The aesthetic is interesting. Dreamfall always attempted to be photo-real, but obviously was held back by technical limitations of telling a story from a third-person perspective with dozens of characters. Draugen is attempting that stunning photorealism one would associate with Everybody's Gone to the Rapture or What Remains of Edith Finch. It can't quite compare, but it is a pretty game in its own right with towering mountains in the distance, peaceful waters stretching into eternity, and an eerily silent village gnawing at the tranquility. 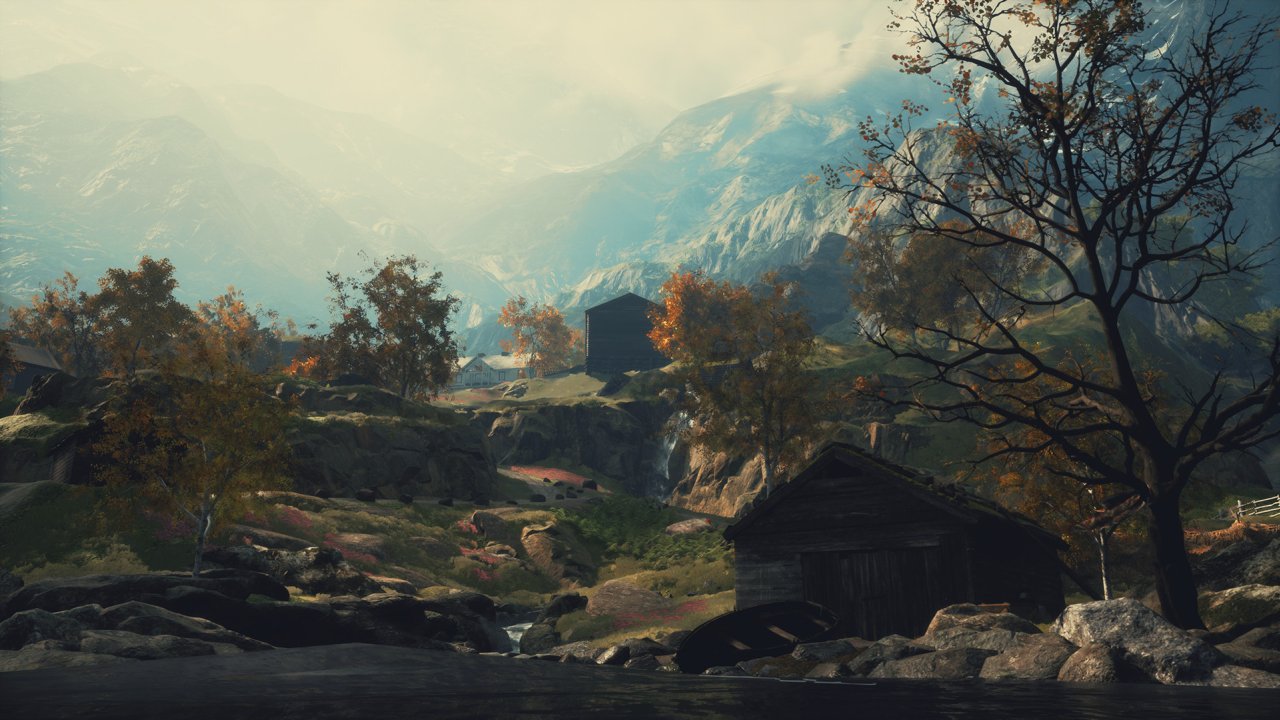 Unlike similar adventures, Draugen creates a unique problem by adding an animated character to its game and that's a significant challenge for a team as small as Red Thread Games. Alice is a thorn in the side of the game as the picturesque mountains and sparkling waters can't make up for how stifled and inhuman she looks. Her body movements might be forgivable, but her facial animations make her look like a talking mannequin.

The voice acting is passable when Edward is talking to himself, but voice actors Nicholas Boulton and Skye Bennet have little chemistry. It doesn't help that the game has trouble simulating conversations between them with vocal cues slow to load up. So much emphasis is placed on these two characters interacting, but the game can't quite make it feel like the flow of the conversation is natural. It's hard to determine who is more at fault, the voice acting or the tech, but it feels right to say the blame can be shared between them.

The game does get a healthy boost from Simon Poole's excellent score. It's atmospheric, haunting, and beautiful; the touching string arrangements occasionally giving way to the melodic singing of what I assume are Norwegian folk songs. The score is designed to be subtle and understated, so the fact that you can still pick out how much work it's doing at times is not a small thing. 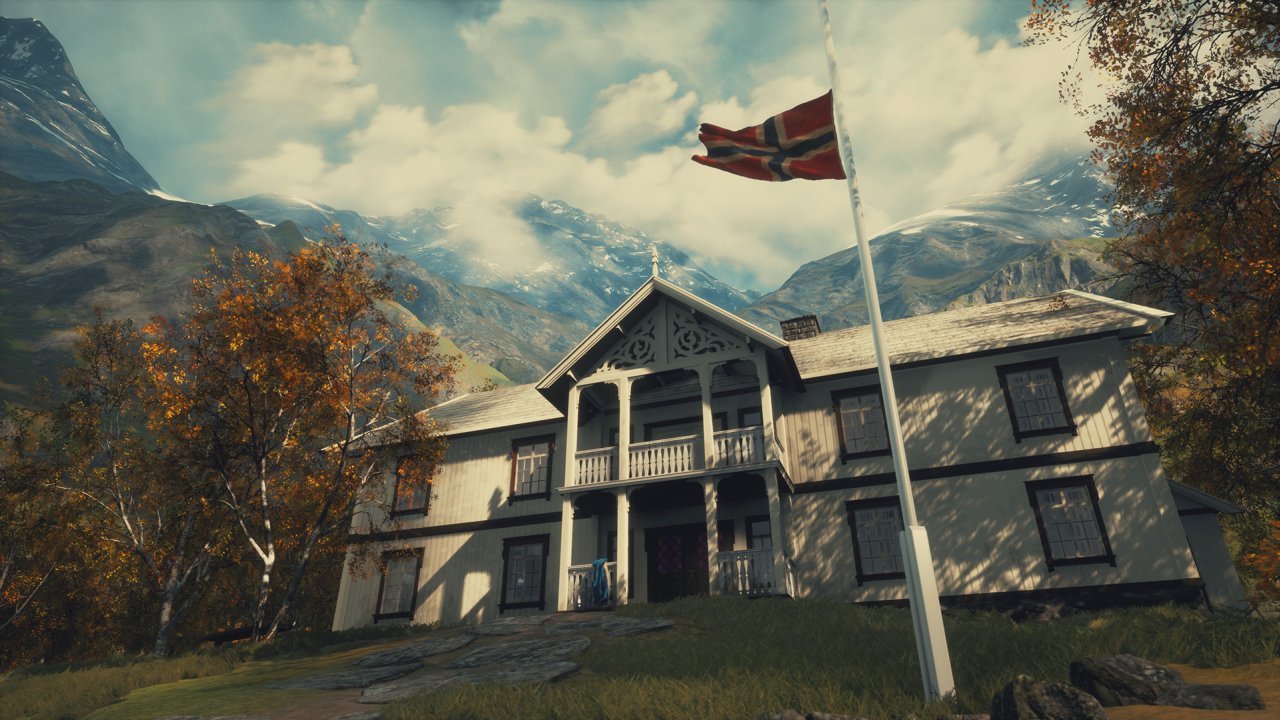 Draugen is another interestingly flawed entry in Tørnquist's resume and Red Thread's young history. The mystery that is built through the game is an interesting one and the setting is fascinating, yet the narrative can't quite find its feet in pacing and struggles with the character animations. Devotees will likely easily skip over the flaws and lose themselves in this world, but if you're not a fan of the setting or the development team's previous efforts, there are enough flaws that I would advise you to skip this one.

Our ratings for Draugen on PC out of 100 (Ratings FAQ)
Presentation
70
The world looks gorgeous, but Alice is a constant reminder that Red Thread had an impossible task on their hands.
Gameplay
65
There's not much to sink your teeth into. There's really not much exploring since Alice is usually guiding you and the mechanics that are there are under-utilized.
Single Player
67
The mystery of what happened in the village where Betty is should keep you invested, even if it doesn't really pay-off.
Multiplayer
NR
None
Performance
(Show PC Specs)
CPU: Intel Core i5-3570K
GPU: Nvidia GeForce GTX 660
RAM: 8GB
OS: Windows 10 Home 64 bit

70
I had some framerate issues, but nothing too bad. The audio cues always felt off, which is an issue when so much of the game is based around dialogue.
Overall
67
Draugen is a frustratingly creative attempt from Red Thread Games that some will appreciate, while others brush it aside without much thought.

All videos for Draugen (1)
Advertisement ▼