A game with a message that gets lost beneath the waves

As the big-budget video game productions most often focus on mass appeal, it is often up to smaller and independent developers to create games that want to deliver a message. That message can be personal, like visualizing the creator's life struggle, or it can be global, such as commentary on society at large. Koral is the latest game that hopes to bring attention to a widespread issue - in this case, the struggles facing the marine life of the Earth's oceans, thanks to destructive human behavior. The title doesn't quite live up to those ambitions though, as it delivers meagerly average gameplay, with its key messages relegated to optional collectibles. 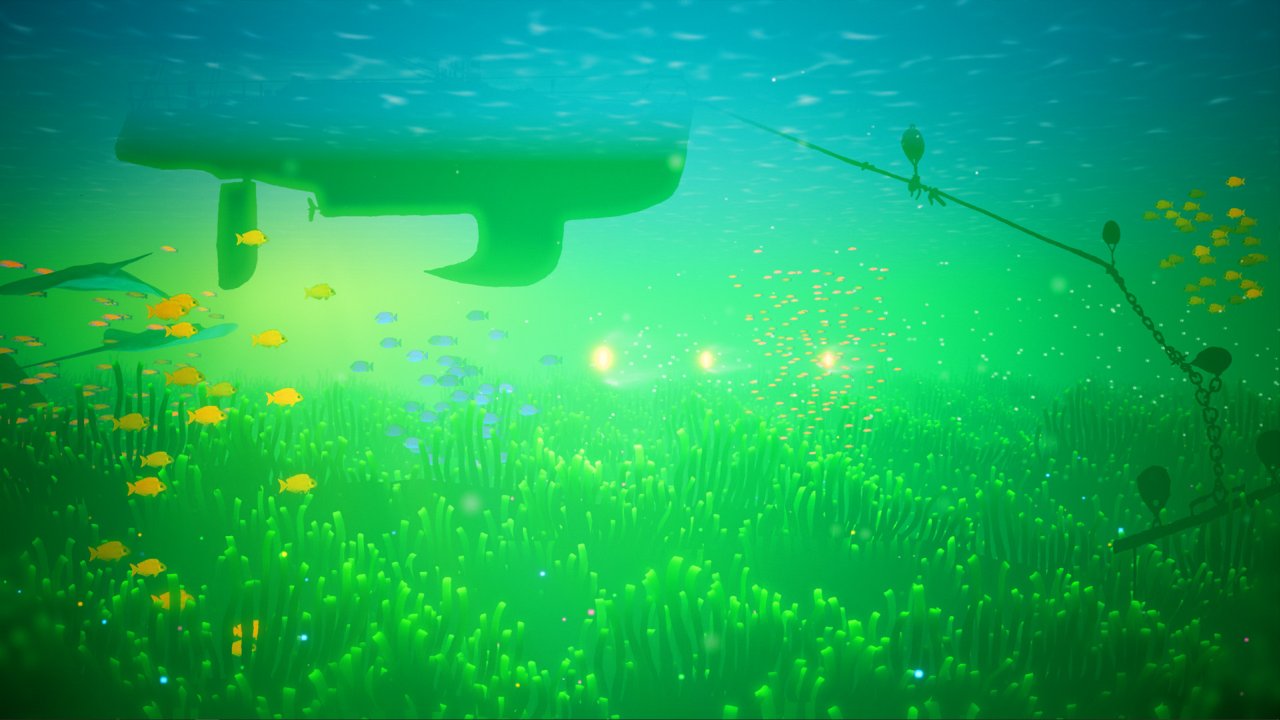 Koral is a 2D exploration/puzzle game where the player takes control of an ambiguous cursor, said to represent a water current. You traverse through various underwater ecosystems across the ocean, stopping to solve simple puzzles that allow you to progress. As with most games of this nature, you simply control the cursor's movement. To interact with the environment, in order to collect glowing bits or push blocking plants out of the way, you just swim near/into them. It's simple and it works okay, though the input feels surprisingly stiff and awkward for a game taking place in water. It doesn't lead to any annoyances because the game never requires precision, but it's still not all that smooth.

The 2D levels range from very brief to a few minutes long, as you traverse different segments of an ocean. From the coastal areas where boats rest on the surface, to the depths with ship wreckages and dark caves. The game does a decent job of changing up between the more open areas and the tighter caverns. In each level, you'll be faced with the same objective: clear the path forward. Your way is usually blocked by a generic wall of green poisonous water, and to clear it you have to interact with a few objects in the immediate vicinity. You swim around and collect a few glowing bits from the nearby corals, and bring the required amount to the main coral, making it glow and clearing the path forward.

With that basic mechanic in place, the game tries to spice things up by making you perform more and more actions to clear the path. You will need to activate the glowing bits before they can be collected, find a few that are hidden, or activate the main coral and then use it to create a water current for a boost of speed. Speed is also gained by touching certain underwater flowers, and this mechanic is used to break through red glowing weeds that block the way. The puzzles grow repetitive and never offer a challenge, and the further you go into this 2 hour experience, the larger the areas become. With the bigger levels, you have to solve puzzles one obstacle at a time; it grows annoying as all the glowing bits you collect are used up with each piece of the puzzle, so you have to go and collect them again from the same sources to solve the next part, leading to backtracking. While most of the puzzle-solving mechanics remain an artistic-yet-realistic approach, when you start using green glowing weeds as literal levers to move rocks back and forth, the game loses its sense of taking place in the real world. 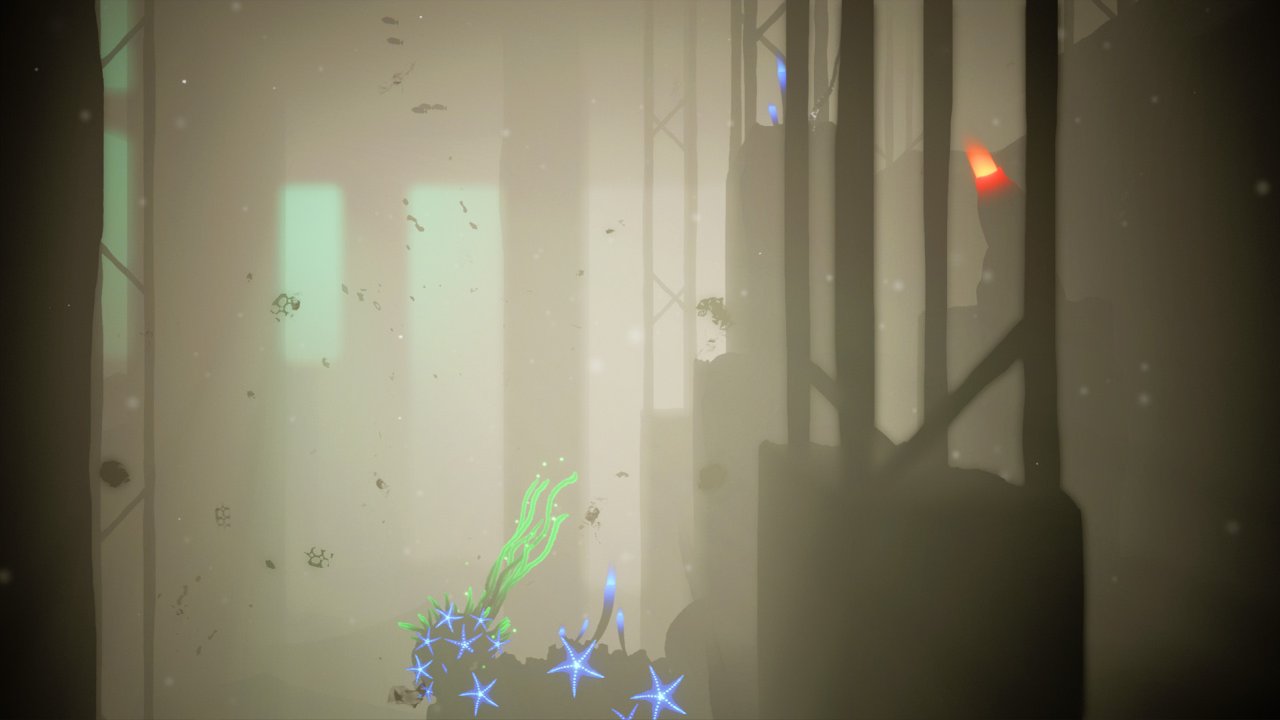 The connection to the real world is seemingly important to Koral, as it wants to be an educational experience as well, but this never really comes to pass. Sure, there are some darker and moodier levels that try to convey the dangers faced by the marine worlds of Earth, but this is the same approach that countless other games have used - from Flower to Abzu. The game offers some direct commentary on real world issues via brief text messages about Coral bleaching, destructive fishing, and so on. While these tidbits of information can be thought provoking, the game treats them as collectibles that you have to find, which feels completely at odds with its aspirations to be educational and get its message across to everyone.

The game utilizes the typical background and foreground visual design, with some objects appearing on different panes within the levels. This allows the levels to pull the usual trick of hiding something in plain sight, like a path or a collectible, and only making it visible from certain angles. However, there are numerous cases where the game fails to use this hiding mechanic effectively, and instead leaves players literally staring at a black screen, as the foreground object completely blocks your view. This means you completely lose sight of your cursor, and are swimming blindly, which is simply bad design.

As with a lot of games in this subgenre, Koral tries to be as visually attractive as possible, to draw players in and to also showcase the natural beauty of the world's oceans. To that end, the game mostly succeeds; it doesn't have the budget of Abzu, but by at least maintaining a realistic look it helps the player feel connected to the environment. It's a good choice to help it stand out from the ambiguous art style used by Jupiter & Mars, another recently released preservation-focused underwater game. Koral's worlds are filled with fish and other creatures, though they are entirely static and don't react to the player. The bright and varied colors help breathe life into the setting, static as it may be. The music is also very appropriate for the setting, with slow piano melodies accompanying your adventure. One annoyance with the audio design is your movement, which creates the generic underwater swimming sound effect that becomes very grating. You'll probably seek relief from this sound by just stopping to observe the environment for a moment. 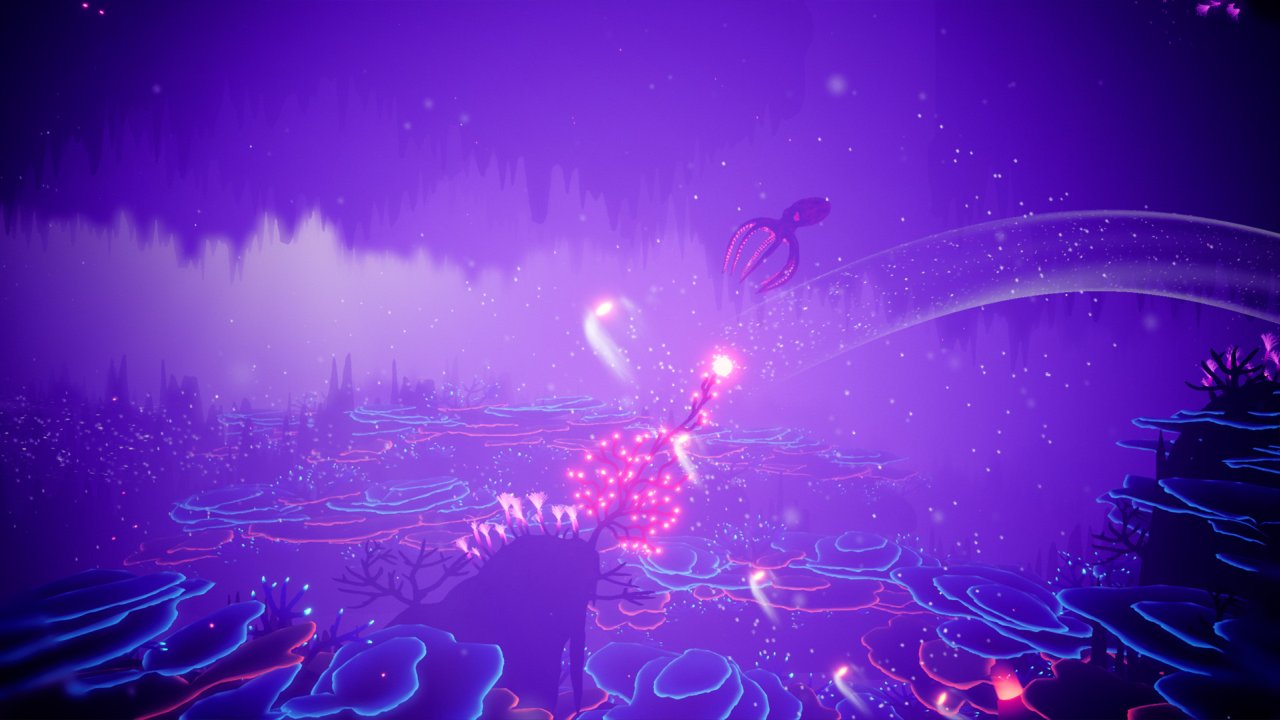 Koral is a fairly typical indie 2D puzzle/exploration game, despite its ambitions to deliver a big message. The real world connection gets lost as the generic video game mechanics leave any sense of artistic ambiguity in the dust, and the factoid messages need to be found as collectibles. So what you're left with is another nice looking, but rather formulaic adventure with repetitive puzzles and too few memorable moments. It's at least decently priced, if all you're looking for is an hour or two of relaxing puzzle solving.

90
No issues noted. A grating sound effect when you move.
Overall
60
Koral's ambition to bring awareness to the problems faced by marine life largely falls flat. While it looks nice, the formulaic and repetitive gameplay means this title fails to stand out in a sea of similar indie releases. 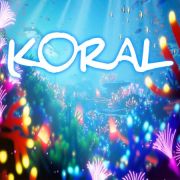