Smashing with a beat

So much of game development is based on inspiration and iteration. A developer takes a risk, they succeed or fail, another developer is inspired by said risk, they try to iterate on the idea, and the cycle goes on and on. A prime example of this has been Hotline Miami, which has already clearly inspired two games this year. In January we saw the release of the Hong Kong Massacre, which added a twist of danger to the mechanics but also empowered the player with special abilities, and now we have Ape Out that applies its own riffs - most notably in the level design, which is randomly generated each time a level is attempted. 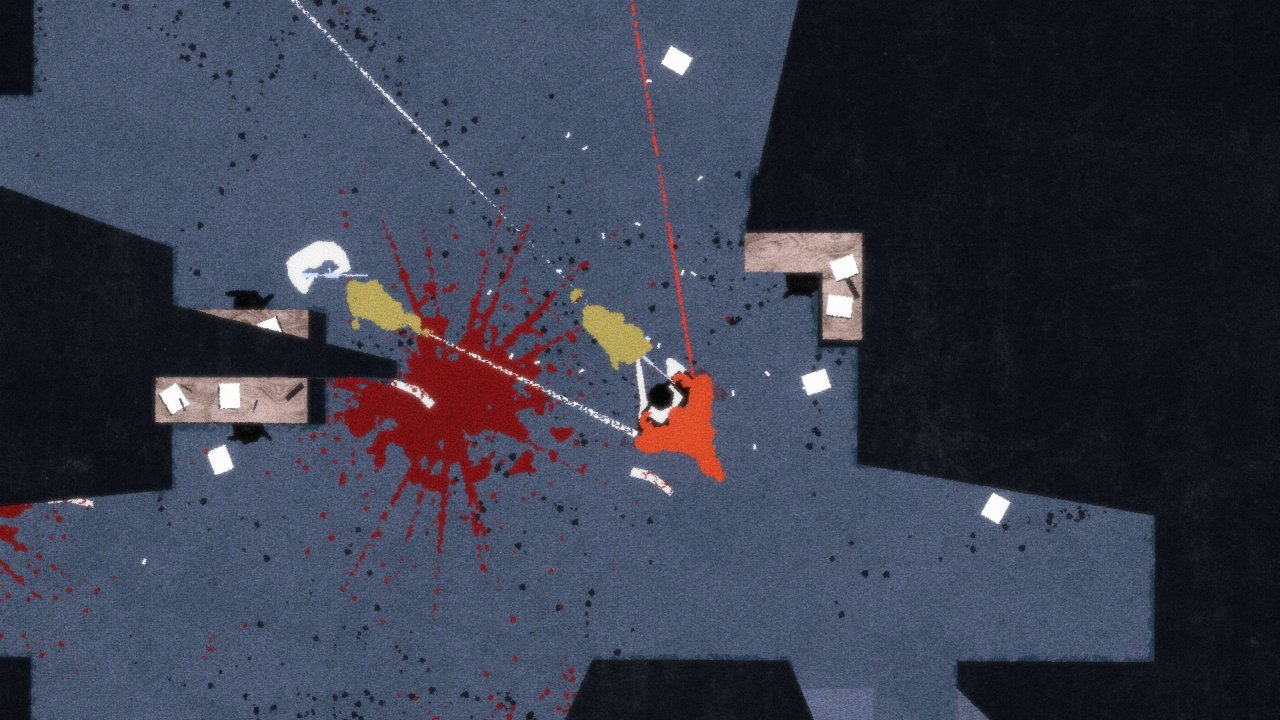 It’s a fascinating idea on paper, especially when coupled with the interesting mechanic of grabbing enemies and using them for cover, but it is inherently flawed. With these breathlessly paced and frustratingly difficult action games, the level layout is more important than ever. Whether it's Hotline Miami, The Hong Kong Massacre, or Mr. Shifty, you can see handcrafted encounters with care and thought. Each fight is a mixture of specific enemies, cover, and weapons, forcing the player to maneuver through it like a puzzle. So as Ape Out attempts to replicate the feeling by randomly moving enemies and the environment around, the game feels less like you're learning through each death, and more like praying for luck.

Ape Out tells the barebones story of a gorilla that escapes captivity and rampages through multiple human locations including a testing facility, a military site, a skyscraper, and a cargo ship. There’s not much linking the locations together, so there's no point dwelling on the narrative. Instead, one can view Ape Out as an album - in fact, it feels like that is what developers intended. The levels are set to improv jazz drum solos, and when you pummel guards the sounds are accented by cymbal crashes. It doesn’t quite fall into a rhythm game category as the action isn’t tied enough to the music to marry the two, but each level has a track title and each location is introduced as though it were the cover of a vinyl record.

Does this approach work? It depends on how far your patience stretches with jazz drumming. If the Birdman soundtrack is in your heavy rotation, then this will probably be more enjoyable. My biggest complaint is the lack of variety. Even when viewed as albums, it’s hard to remember any key moments in the game, or call out any specifically good tracks. There’s an interesting moment when you’re out in the jungle and the drums change from a traditional drum set to bongos, but there’s very little that stood out. I suspect Ape Out might be the kind of thing that would be more interesting in a short ten-minute burst than during a four-hour playthrough, but all the drumming quickly became background noise, a din that I couldn’t discern from one track to the next. 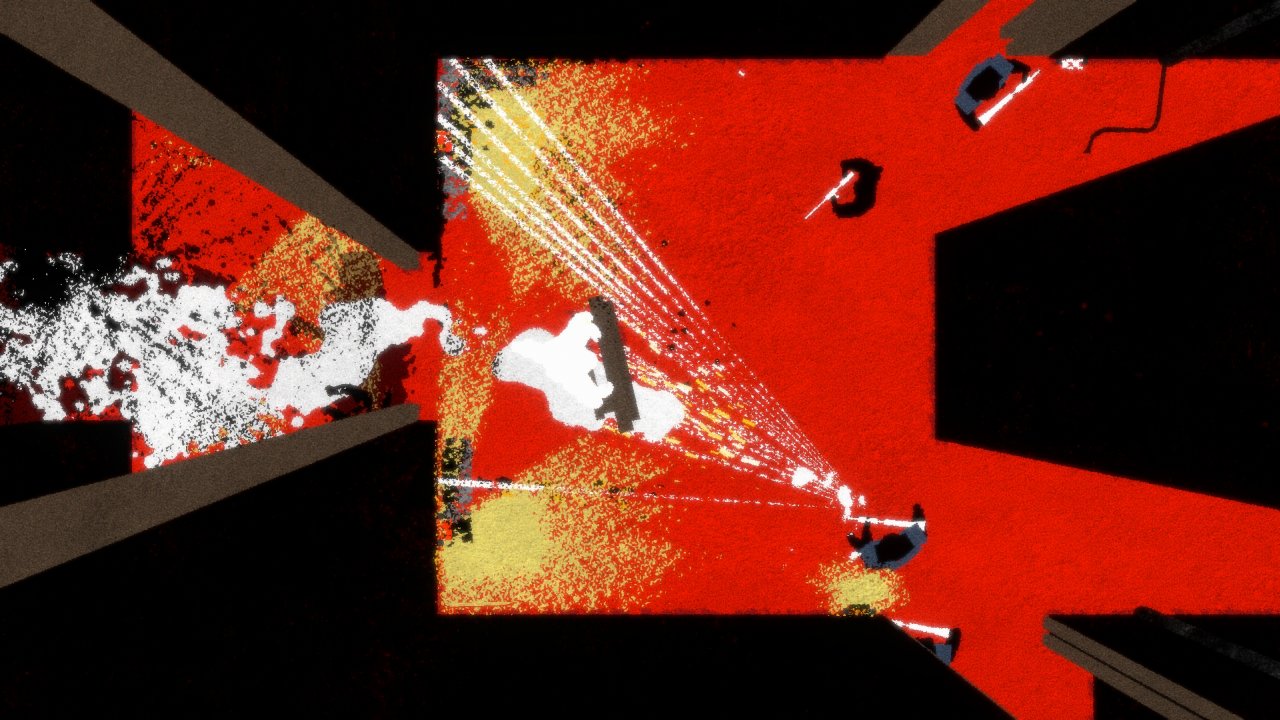 The action handles alright. The game is played form the top-down angle and you must maneuver through a series of enemies, navigating a maze that changes each time you die. When you encounter enemies, you can either push them into walls and kill them, or take them hostage. When you take an enemy hostage they will immediately discharge their weapon (usually only a single shot) potentially shooting other enemies, and then you use them as a shield that will last until they are killed. The melee focus isn’t a bad twist and it means playing a game of either running for cover before you’re shot or risking it to grab/kill an enemy. When confronted with multiple enemies, you’ll have to determine who is the greatest danger, grab them, and then throw them at others before they can shoot you. Sometimes throwing enemies into each other will kill them, other times it just stuns them.

The aiming, throwing, and grabbing aspects can sometimes be difficult to judge and while I grasped the concept early, there were still times when trying to hit an exact target would give me fits. So as I got deeper into the game, I found myself worrying less about throwing enemies into each other and more about just making a break for it. Which is kind of a bummer, because instead of engaging in the combat scenarios, I found one could just sprint through the level and be rewarded for it. The reason you simply sprint through the game is that the enemies are slow and clumsy, it seems like this was supposed to help in the melee combat, but really it’s an excuse to just skip it all and run for it. Between the slower moving enemies and being able to get hit a few times without dying (an explosion being the exception), there is little incentive to engage when you can just serpentine, take a couple of shots and still beat the level.

Still, the issues with the combat are nothing compared to the flawed level design. Action games like Ape Out are notorious for being difficult, sometimes infuriatingly so, but the craftsman-like attention to the levels is one of the highlights of the sub-genre. You can tell that certain enemies have been placed where they are to force the player's hand. Maybe you need hustle to take out a sniper or draw them into close quarters. Perhaps the structure of the level forces you out into the open with a group of melee enemies. With Ape Out, that kind of level design is lacking. 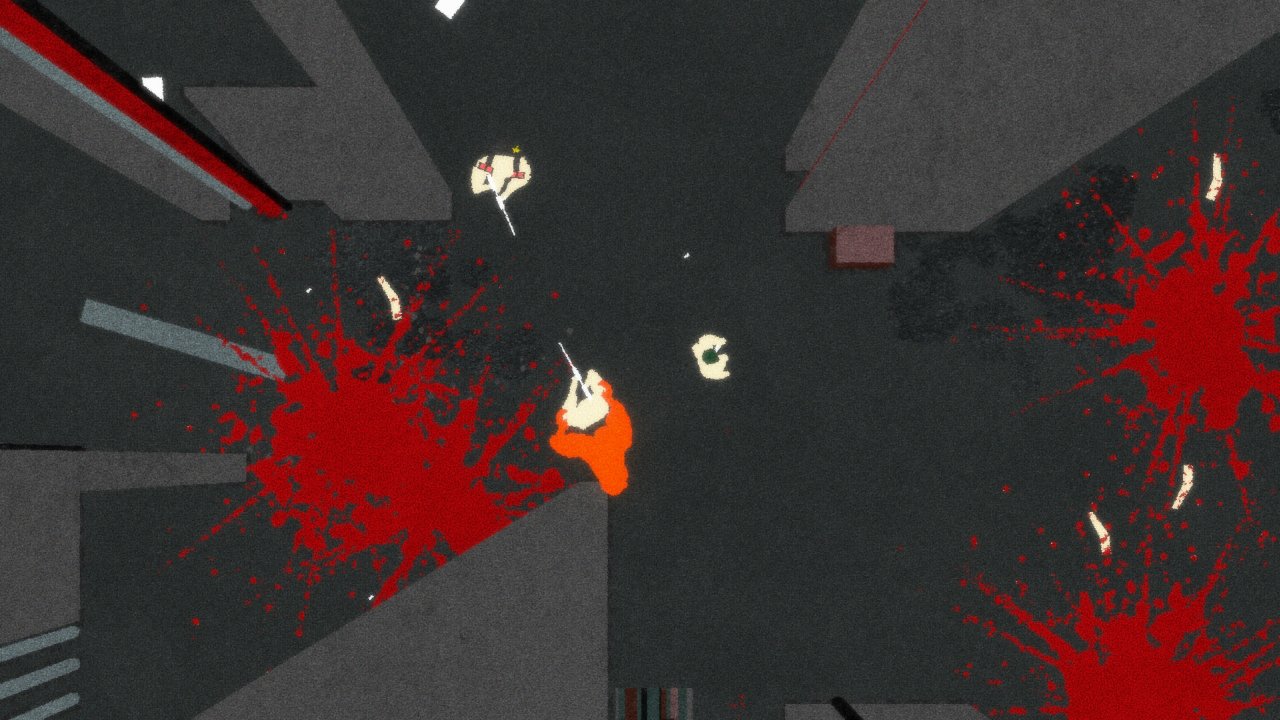 Procedurally generated levels work better for something like a Roguelike because each run is supposed to feel like a new beginning; individual runs are supposed to be fresh each time. Ape Out doesn’t have a thematic reason for redrawing the levels after every death. Even worse, this is a recipe for cheap deaths. The randomization means that sometimes you’ll find yourself in scenarios impossible to win, with three rocket-launcher wielding enemies all ready to instantly kill you. It takes away the feeling of accomplishment when you succeed because it’s more reliant on getting an easy level setup rather than your skill. It also feels frustrating when you die because you guessed the layout of the level incorrectly. With walls and doors and rooms changing constantly, you’ll have times where you’ll be clinging to life, about to escape, and still perish because you opened the wrong door.

The silhouette aesthetic is one of the better choices in the game. It ties in well to the album cover art motif, and the color is used effectively to convey the enemies you’re fighting. It can be a little on the sparse side, with assets being recycled time and again, but it’s forgivable when the real purpose of the style is to serve the gameplay. The game also relies on enough familiar level scenarios (escape from a science lab, descend an office building) that players will be able to allow their imagination to fill in the missing details. It’s a serviceable choice and perhaps the strongest element.

In tech, Ape Out is uneven. I had almost no issues early on. It can take a while to boot the game up, but once it was going it ran smoothly. I had one crash about mid-way through and that was it. But on the last level, I hit the same bug three times. I would be in the final chunk of the level and suddenly unable to move my character and forced to restart. The climax of the game is one of the better levels and so it was a bummer to see it undercut from technical issues. 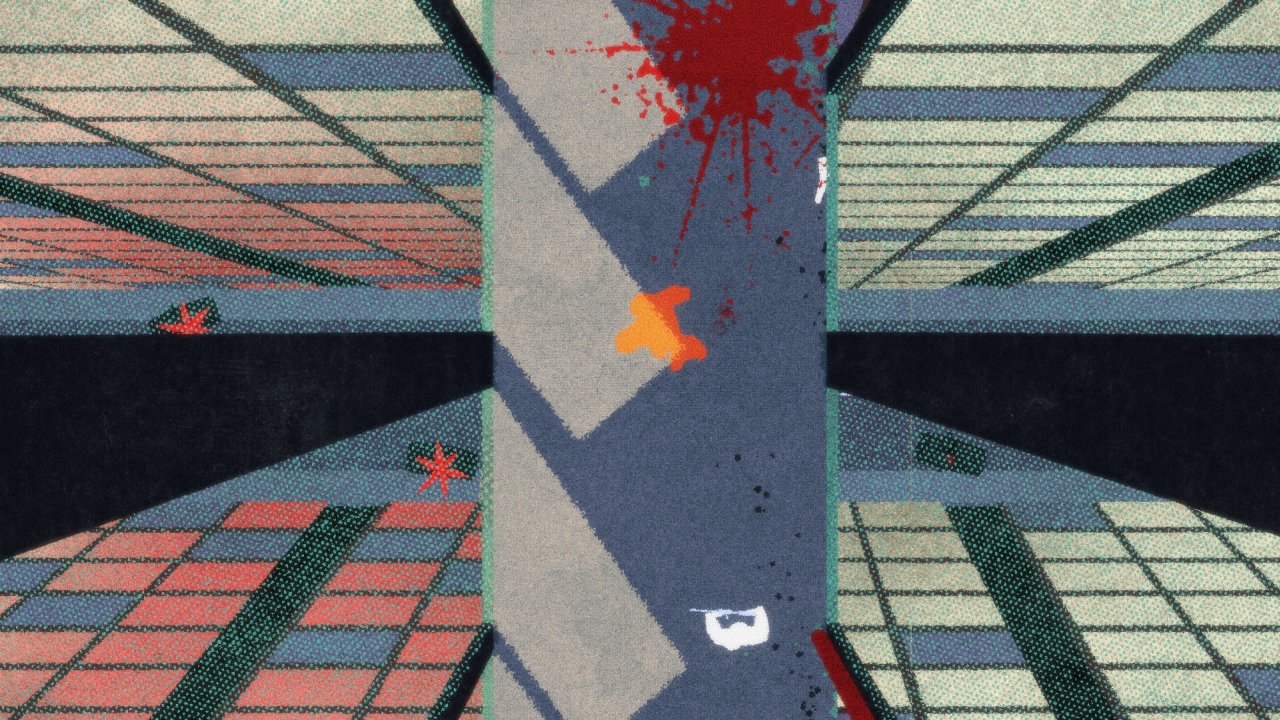 Ape Out isn’t poorly made, nor a case where the execution is the issue. The inspirations that formed Ape Out are obvious and it’s interesting to see how the developers tried to pull the strange world of jazz drumming into an action game of this nature, blending it with procedurally generated levels. It’s an ambitious vision, but one that doesn’t feel like it was fully thought out. Ape Out takes these disparate ideas but lacks a way to marry them together. What’s left is something that is interesting on the surface, but quickly erodes as you spend more time with it. I said at the beginning of the review that indie games are about iteration and risk, and some of those qualities are also true in jazz. A song has a theme that unifies the band, but a soloist takes that theme and iterates on it, changing it to make it their own. So while Ape Out doesn’t fully succeed, one can appreciate its ideas and perhaps with time someone can improve upon them.

Our ratings for Ape Out on PC out of 100 (Ratings FAQ)
Presentation
70
The silhouette aesthetic of Ape Out works and is a simple way to help covey the action to the player. It’s function over fashion, but it works.
Gameplay
75
The mechanics work well enough. It can be a little slow and not as precise as one might hope, but it holds its own.
Single Player
50
The procedurally generated levels come with a litany of problems without a solution. It leads to some infuriating moments that rely more on luck than skill, and thus aren't rewarding.
Multiplayer
NR
None
Performance
(Show PC Specs)
CPU: Intel Core i5-3570K
GPU: Nvidia GeForce GTX 660
RAM: 8GB
OS: Windows 10 Home 64 bit

60
Things were alright until the last level when I hit the same bug multiple times.
Overall
62
Mashing up unique aesthetics and gameplay doesn't always yield a perfect result, and Ape Out tries to fit together two disparate ideas without successfully navigating the challenges of such an endeavor. Too many elements just don't work at a fundamental level, making it an uneven effort at best. 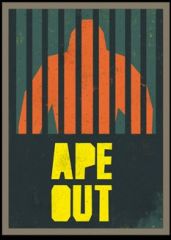 All videos for Ape Out (1)
Advertisement ▼