A touching story and relatable characters aren't quite enough

With an overabundance of indie titles on the market today, players have more choice than ever. No matter what sort of experience you’re looking for, chances are, there’s something for almost everyone out there. They may lack the polish and budget of big studio releases, but these independent titles allow for some unique creators to have their voice heard, and deliver experiences that feel personal and hand-made. 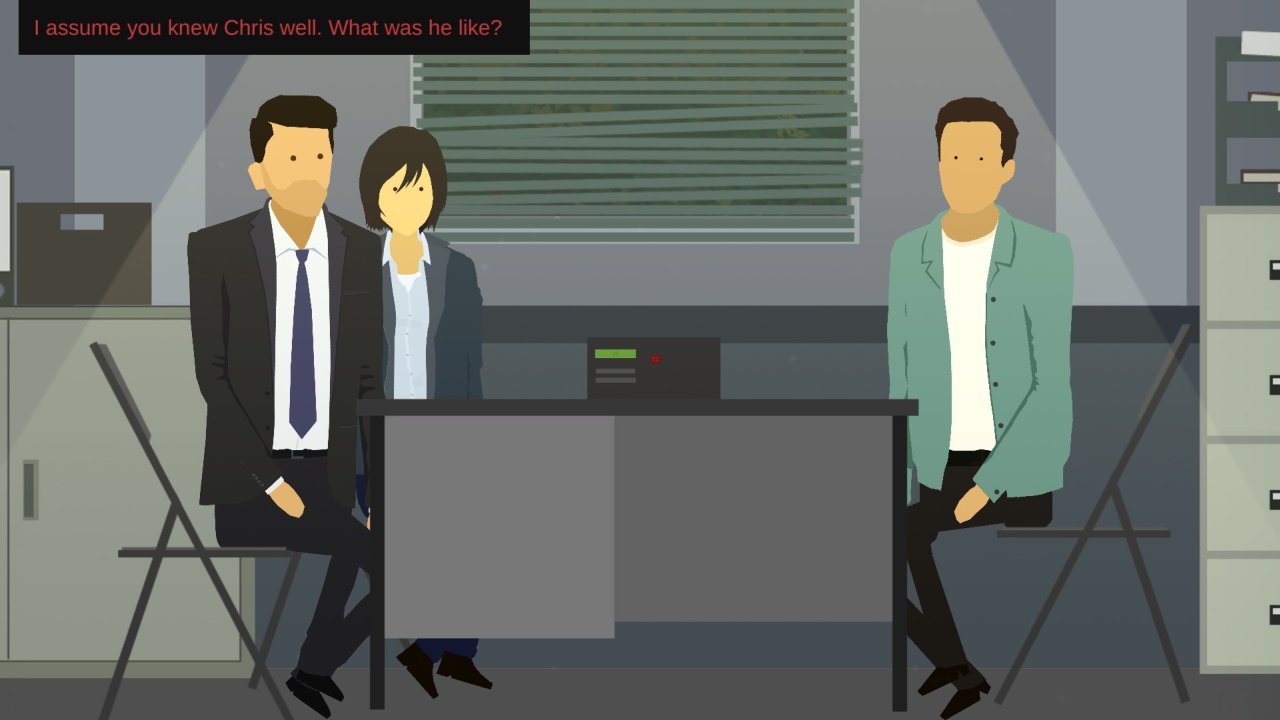 Rainswept is a light adventure game, where the focus is mostly on story and character interactions rather than gameplay mechanics. Players assume the role of detective Michael Stone, who is sent to a small town of Pineview to investigate a murder. He arrives on the scene the morning after the incident, and begins to try and unravel the mystery. The victims are Chris and Diane, a couple that had recently moved to town but mostly kept to themselves. At the crime scene, the detective observes that Diane was shot at close range, while Chris seemingly killed himself, with all signs pointing to a domestic dispute and murder-suicide.

The locals, who are all too happy to spread rumours about the couple's problems, think this is an open and shut case, as do the local police who suggest not raising a big fuss over this murder – the first in the town for many years – and to wrap up the case before the annual town parade. However, Michael Stone is not so easily persuaded, and working with his assigned local partner Amy Blunt, he sets out to scour the town and attempt to discover the truth.

There are three main narrative elements to Rainswept – the detective's investigation, a dark past that haunts him (quite literally), and we also get to play moments from the life of the deceased couple. Surprisingly enough, despite the obliviously cliché elements (just look at the character names mentioned), the story is quite engaging. Following the threads of the investigation by chatting with the locals, uncovering clues, and putting the event timeline together feels like you're reading a decent crime story.

Then, when you get to play as Chris with Diane, there are some unexpectedly powerful emotional moments that just seem to flow so naturally and draw the player in. You really wouldn’t expect the game to have as much emotional pull as it does. 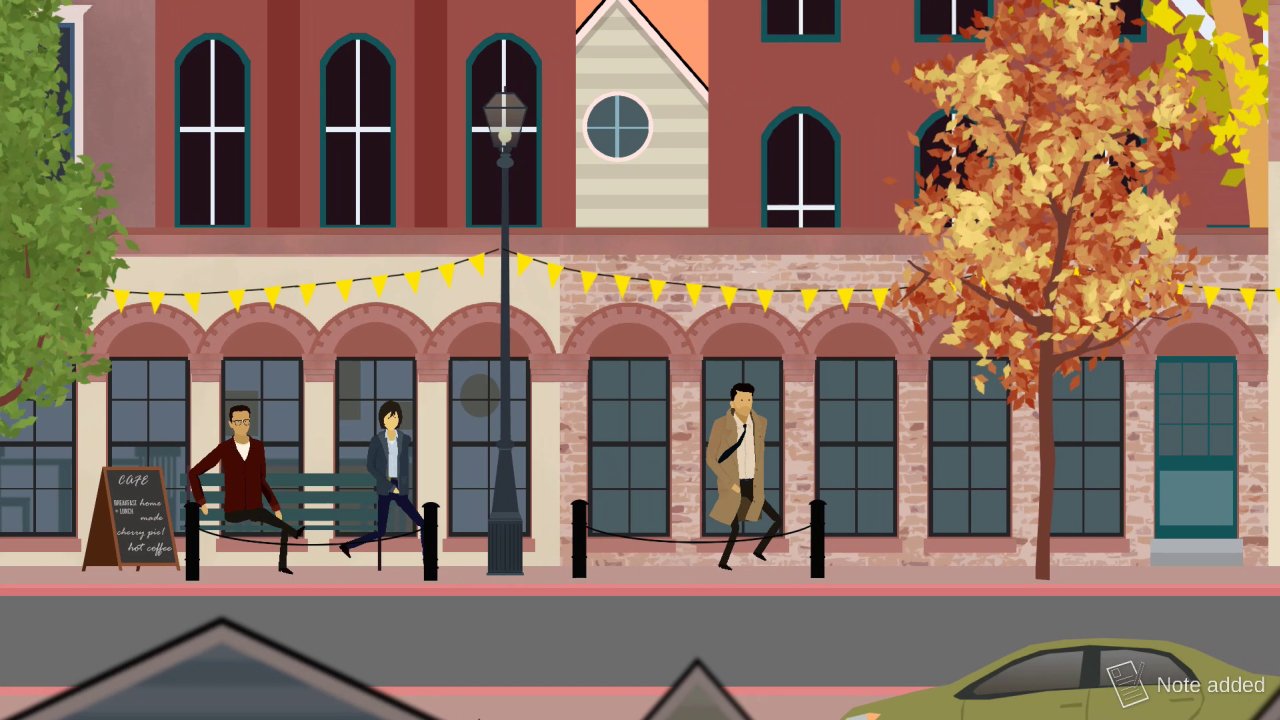 Lastly though, there's the personal demons that Michael must deal with – here, the story falls apart a little bit, as his past becomes almost real manifestations. It's a bit too on the nose, too desperate in trying to distress the player, and its ineffectiveness in doing so comes in stark contrast to the other two story threads.

And yet the conclusion for the three narratives has an opposite effect. The engaging story of the investigation and the crime itself resolves with a rather odd series of revelations that don’t really gel and undermine the heartfelt and emotional tones that the game seemingly strives for. Meanwhile, Michael’s personal tale of woe turns out to be fairly unique and relatable in the end.

The writing is decent for what it is; it's certainly not going to win any awards, but the game keeps things very to the point, with occasional well-placed humor. The light vocabulary is just another element that helps keep the pace going, and the dialogue feels relatable and everyday-like. There is no voice acting, but rather speech boxes appear that you click through.

In gameplay, Rainswept may remind players of the likes of Night in the Woods, albeit with a tiny bit more interaction. As Michael, you'll be able to walk (and thankfully run) across the small town with a 2D perspective, going between a few different small locations such as a hotel, hospital, and police station. There are a few characters standing around the town, and you can speak with some of them about the case. The game has a minimalistic dialog choice system, which for the most part just lets you decide the order of the questions. Occasionally, you can also make an actual choice. However, as dialog can be repeated, decisions don't actually carry much weight. As the case progresses, Michael keeps notes in his surprisingly well organized diary that you can refer to, though again, it's not needed as the game is largely linear. 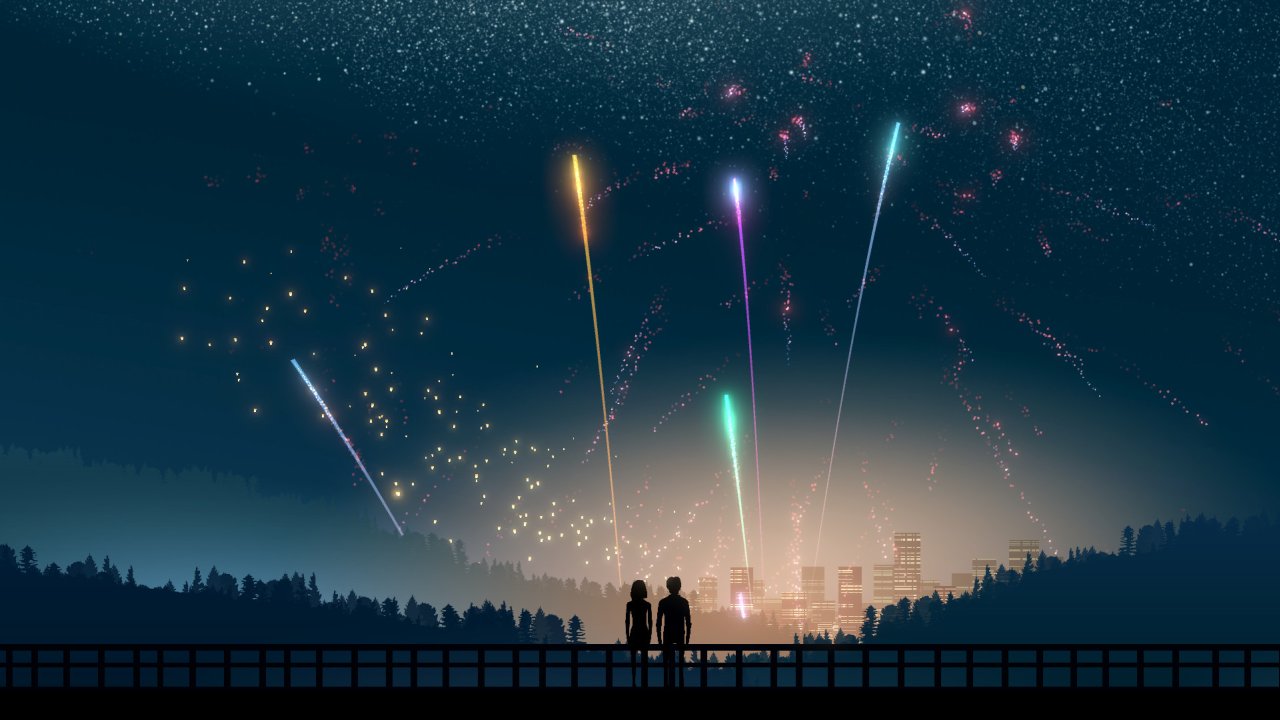 Aside from conversations, you can also interact with very few objects, or carry them around, as the scene may demand. Infrequently, the game throws very simple puzzles at you, to the equivalent of moving things around the scene in the proper order, or going back and forth until you get the right item. All of the gameplay elements are very basic, but thanks to their brevity and a strong focus on the story, it all feels brisk and involving enough through the game's well-paced 3-4 hour runtime.

Still, it’s not that you don't notice the glaring shortcomings. Your interactions are so limited, that it sometimes breaks immersion. When your new partner first arrives at the crime scene, there's not even dialog or an option to say hello, as she simply starts following you around. And when you do want to interact with something, the indicator only appears when you're very near or right overtop of it, which makes for an odd looking UI. Other minor bugs also appear, like the journal getting stuck and not letting you flip pages, or dialog boxes appearing in a seemingly incorrect place. The game's menu text can stretch beyond the screen.

Presentation is another big point of contention for Rainswept. On the one hand, the game has a selection of rather lovely tunes on the soundtrack, but they are, at times, awkwardly mixed together during transitions. Similarly, there are some surprisingly good looking backgrounds during scenic camera views, but the rest of the game actually looks like an online flash cartoon from 15 years ago. Or perhaps like the version of Canada from South Park. The characters and environments are basic, and the animations are at times nonexistent. It makes the occasional nice views all the more jarring, in a game that most frequently looks extremely low budget. Sure, some may say that's a visual style, but it just doesn't work.

Despite its uneven presentation, and non-existent gameplay, Rainswept manages to produce a story that feels surprisingly touching and unexpectedly involving. The writing and pace of the game helps you forget about its shortcomings and become drawn in with the events of the small town. With its respectable running time and just a $10 price tag, this is an adventure worth taking if you enjoy crime stories with some relatable dramatic overtones.

60
Some of the UI elements glitch out, text doesn’t fit on screen.
Overall
65
Rainswept delivers an engaging and often touching story, but its dated visuals, lack of worthwhile gameplay and disappointing conclusion leave it in a somewhat muddy puddle. 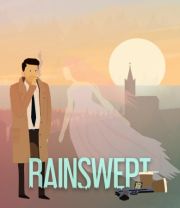 Our Review of Rainswept
65%
Adequate
The Verdict:
"A touching story and relatable characters aren't quite enough"
Game Ranking
Rainswept is ranked #1266 out of 1633 total reviewed games. It is ranked #98 out of 144 games reviewed in 2019.
1265. Spiritfarer
PlayStation 4
1266. Rainswept