Open world games can provide a terrific foundation to an enriching, captivating gaming experience. Though, the appropriately titled Forever Forest is a reminder that this isn’t always the case. This mobile title turned Switch game from developers Mad About Pandas is something of an oddity. On the one hand, for a converted mobile indie, it offers an impressively vast procedurally generated open-world for your ambiguous animal mask-wearing protagonist to explore. On the other hand, this massive forest is so hollow and lacking in points of interest that much of the experience is permeated by dullness and boredom. 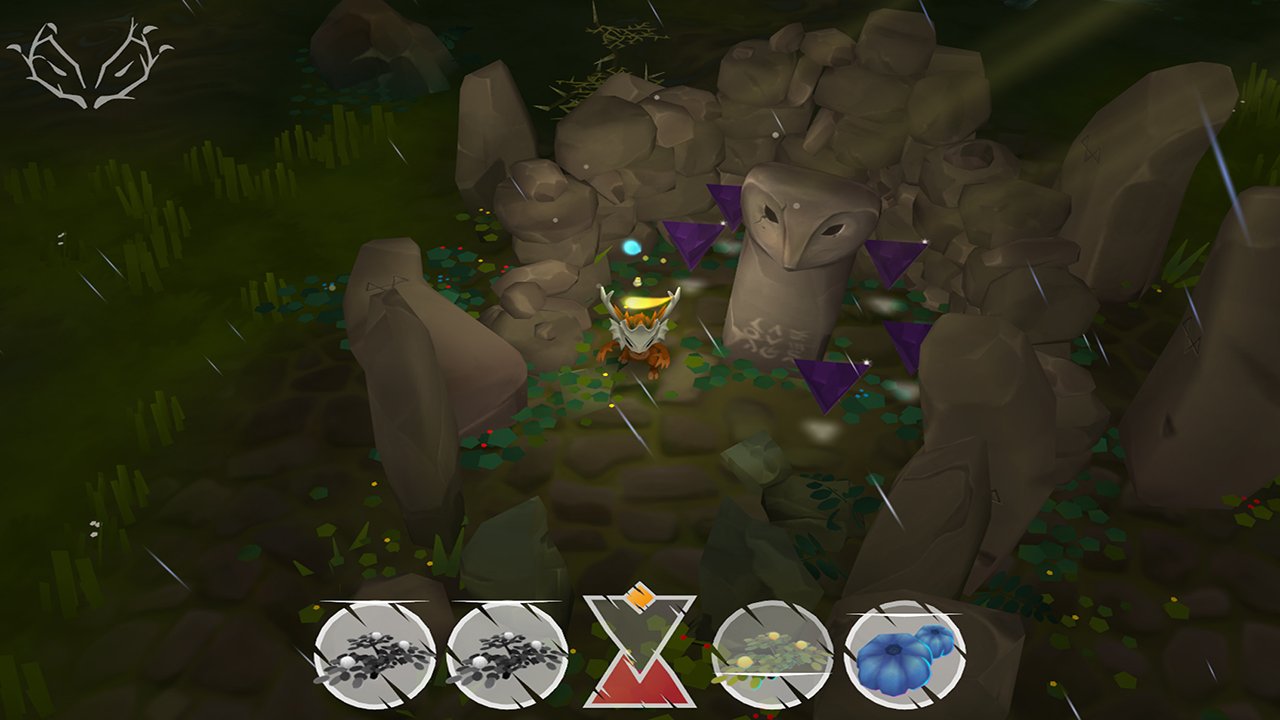 This is a shame, as there really is some potential for this game to flourish, thanks in no small part to the charming cartoony aesthetic, sufficient mechanics, and soothing soundtrack to help enrich the experience. The ambient sounds of the forest, and the somber, majestic atmosphere as a whole really draws you in, providing an almost hypnotic sense of relaxation. The problem is, the game feels empty and incomplete in many areas; not just from its lack of depth, but also some glaring performance issues. Despite the impressive scope and nice atmosphere of this humble game, the repetitive grind and spotty performance makes it difficult to appreciate.

Forever Forest is essentially a survival and exploration game at its core. The problem is, there just isn’t much to explore, which diminishes the impact of this style. The game contains a handful of biomes similar in both appearance and content. As the environments are procedurally generated, you’re merely given different shades of endless forests, ridden with the same growth, items, hazards, and occasional landmarks.

The survival elements basically amount to running around the forest and gobbling up various types of berries, which satiate hunger and grant you temporary boosts like speed and lunge damage. You’ll also be spending a great deal of time seeking out other critters to hunt down and defeat. These range from small rodent-like creatures, to large tusk-wielding boars and swift deer. Surviving in Forever Forest boils down to dealing with 2 gauges; a typical red health bar, and a pink meter representing hunger, which whittles away over time.

For how relaxing Forever Forest can be, there’s a weird juxtaposition of constant urgency tugging at you as you need to scramble to find food or prey. This usually isn’t a difficult task, though the smattering of berries aren’t always apparent, especially in darkened areas. Additionally, your animal prey often evade and/or unleash counter attacks which can quickly put you in dire straits. Not that dying will set you back much anyway - as penalties only amount to losing buffs and being set back on survival achievements. 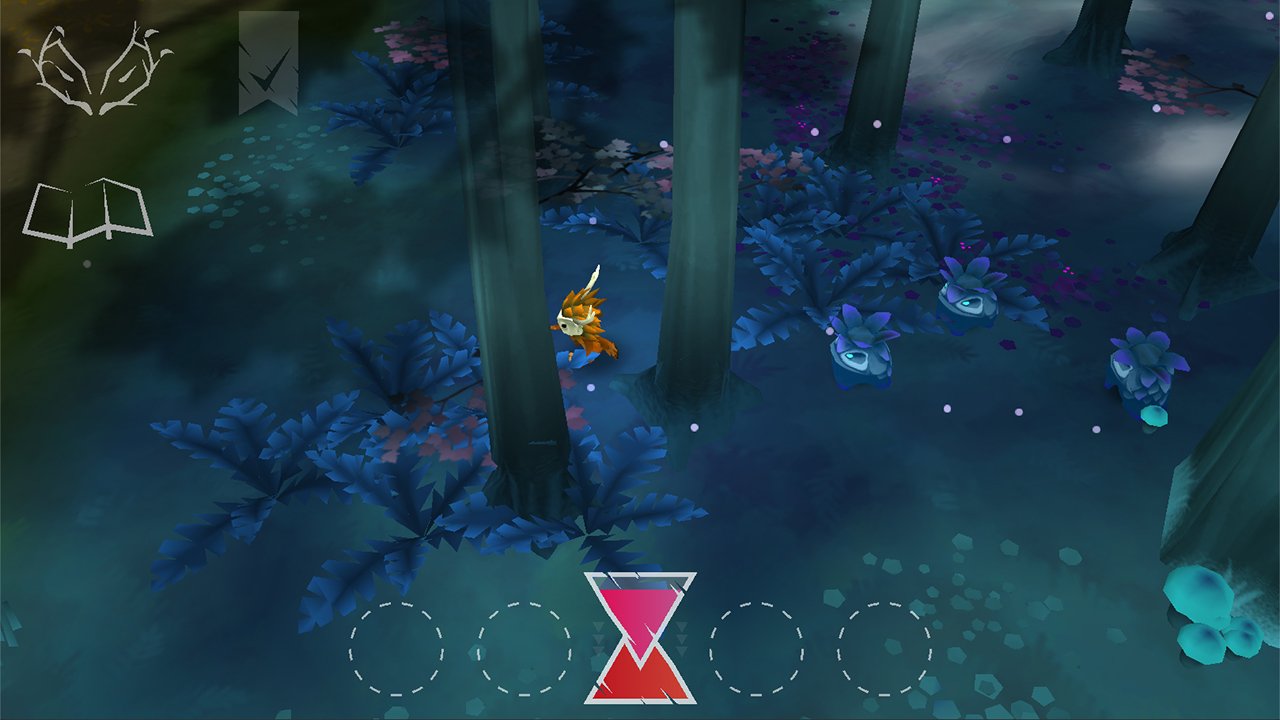 Taking out baddies requires a simple push of the A button, or a flick of the right joystick in their direction - both of which trigger a move that doubles as a lunge and attack. The only real nuances with these attacks involve timing, as well as managing a cool down in between moves, which only lasts a few seconds. You can also hold ZL to sneak before lunging, though this can take awhile and its success rate is shaky depending on the animal. Creatures behave differently in terms of their attacks and evasion, and you’ll often end up playing a cat and mouse game of engaging, chasing, and/or dodging attacks with your lunge. Hedgehogs, for instance, will roll around and mow you down with their armor shell, while deer will constantly scurry away until you catch them.

In order to present some semblance of a constant, linear progression, Forever Forest also contains a palette of basic achievement thresholds, as well as upgrades. Achievements consist of simple tasks like eating a certain amount of berries, surviving for a particular amount of time, and discovering Shrines. Completing these will notch you Spirit Fire, which is basically the game’s central currency/collectible. You accumulate this by taking out masked animals as well as toppling various structures scattered about.

The aforementioned Shrines are the key landmarks you’ll be seeking. They act as fast travel spots, as well as hubs which unlock a handful of animal-specific upgrades like increased armor and the ability to swim. You can unlock these by cashing in the masks you collected from animals. You’ll also need to seek out larger, more powerful varieties of masked creatures to initiate certain upgrades. This task can be a pain and can slow your progresses significantly, on account on how rare these varieties are and how tough they can be to take down.

The biggest points of interest aside from Shrines, come in the form of Light Temples, which instantly light up biomes shrouded in darkness. It’s a pretty satisfying feeling when you’ve discovered that rare Temple and illuminated the lands around you, as stumbling around in the dark too long isn’t ideal. Feel good moments like this are few and far between though. The majority of the game you’ll likely find yourself wandering aimlessly, all the while asking yourself, “what’s the point of this?” 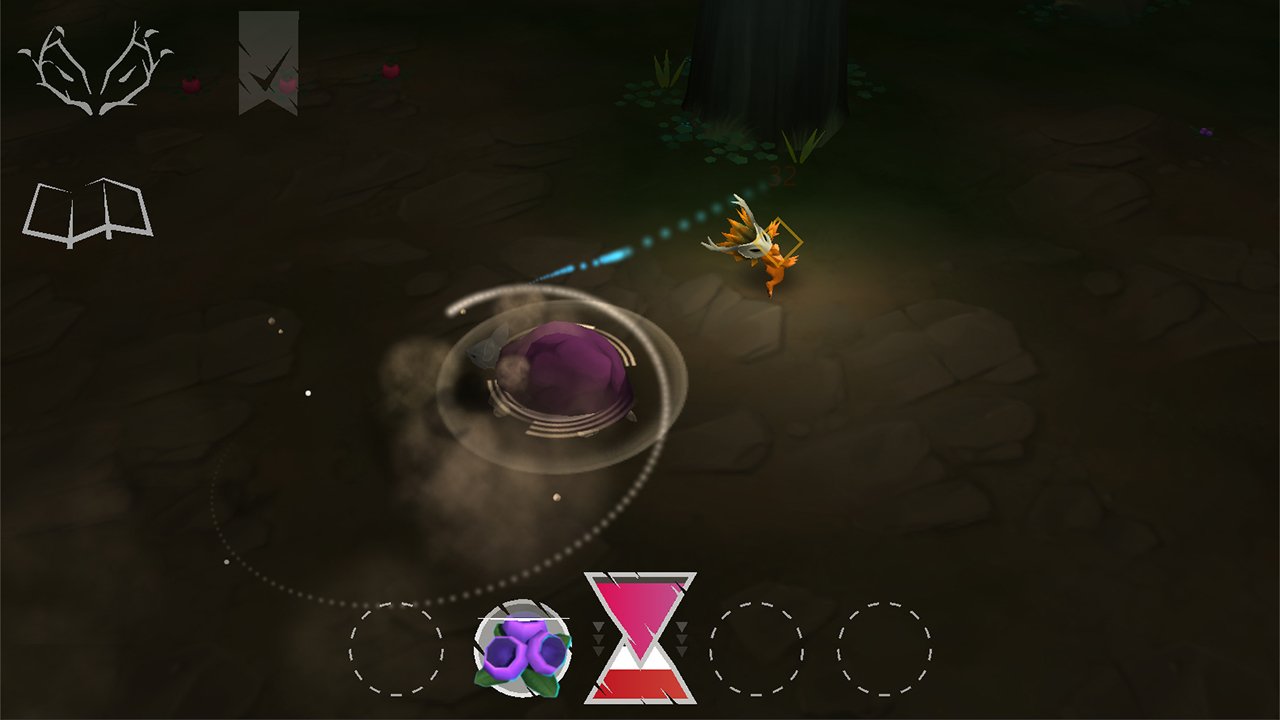 In addition to the barren, repetitive nature of Forever Forest, there are also prominent issues of lag and framerate drops. I even dealt with occasional issues of slow environment rendering, making it feel like I was venturing through The Matrix for brief moments. Technical hiccups like these pull you out of one of the few areas of strength with Forever Forest, which is its atmosphere. These stutters occasionally hit such brutal levels that they actually affected my gameplay, as my timing would be messed up when hunting or fleeing an enemy.

On top of this, there are some irritating ambiguities with the menu navigation, along with the map system. They mostly contain vague symbols resembling cave paintings slapped all over them, rather than detailed images or text. It’s quite an accomplishment to produce a level of confusion like this with an otherwise simplistic game. These cave symbols look neat from an artistic standpoint, but practically speaking, they don’t quite convey what they need to.

It’s frustrating, because I wanted to like Forever Forest more than I did, and a few simple touch-ups could have gone a long way in improving the game. Despite its blemishes, I often did appreciate the rich visual style, the open-world sensibilities, and the thrilling unpredictability of exploring new areas. Learning one of the few new abilities available usually proved satisfying too, as did winning a hard fought battle against a giant rare hedgehog or deer.

But at the end of the day, grinding and venturing across largely vacant, monotonous landscapes for hours on end produced more boredom than exhilaration, especially with the lack of an enticing end goal. At least the game lends itself to the Switch’s handheld mode, as you can occupy yourself with other things in the background when playing. But its dull nature makes Forever Forest particularly difficult to enjoy as a console game.

Our ratings for Forever Forest on Switch out of 100 (Ratings FAQ)
Presentation
75
Nearly non existent world-building aside, Forever Forest provides a pretty nice, enriching backdrop stylistically. It contains an appealing visual aesthetic, nice ambient nature sounds, and soothing, easy melodies to help color the scene.
Gameplay
60
The simple mechanics of running and lunging are simple enough to get into. The problem is there’s little to entice you to stick it out - with the bland design of the large environments, lack of upgrades, and repetition of the randomly generated baddies and landmarks.
Single Player
55
There isn’t much of a soul here, and what little narrative exists boils down to a stock and simple "light vs dark". This would be pretty insignificant, but without really compelling gameplay to pick up the slack, it stands out.
Multiplayer
NR
None
Performance
50
Prominent performance issues like slow rendering and lag hiccups taint the experience to a large degree, and have even affected gameplay on more than a few occasions.
Overall
58
It's apparent that Forever Forest is a port of a mobile game. With randomly generated biomes, there's plenty of gameplay for those who seek it, but much of it proves too mundane, shallow, and repetitive. 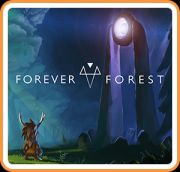