When being an oddball isn't enough

The indie game scene is dominated by platformer and adventure genres; indeed, oftentimes a combination of the two. Sure, we get some brilliant experiences like GRIS, Shovel Knight, and others, but for what is likely the vast majority of releases, the titles fail to stand out. Without a unique gameplay hook, amazing presentation, or a memorable "it" factor, the odds are simply against a game in the overwhelming avalanche of budget priced releases. Publisher Devolver Digital has overcome this problem by tapping into creators whose games often feature off-beat and whimsical experiences. The latest such title is Pikuniku, from developer Sectordub. 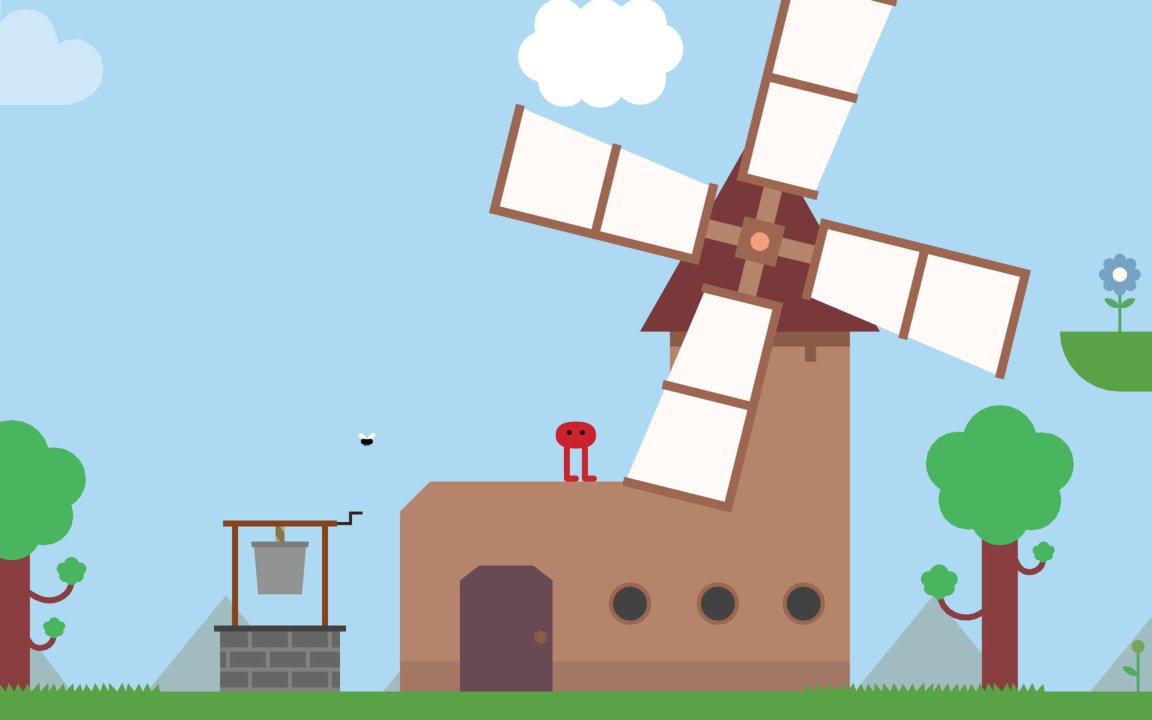 Pikuniku has players take control of a red "thing", as others in the game world refer to it, who awakens from some sort of slumber in a cave. After leaving said cave, you soon arrive at a village. It turns out the locals think you're some sort of monster, as you've been locked away for quite some time. They quickly realize though that the legends were not true, and take kindly to your presence. The villagers seem to have bigger issues at hand - their town and nearby forest are seemingly involved in some shady business with the Sunshine Corporation. Giant robots descend on the village and harvest resources, in exchange for "free money". But as you explore the game world, events begin to unravel and a heinous plan by the corporation comes to light.

As you might expect, Pikuniku isn't a unique narrative thrill ride. Instead, it hopes to charm the players by offering quirky dialogue, complete with whacky characters. To that end, the game succeeds at times, offering some amusing moments. However, the dialogue becomes infrequent later in the game, and once you've gotten to know each character's source of humor, the writing can feel stale. Some jokes work, others fall with a thud and veer into cringy territory. The story mostly focuses on the corporation conspiracy, and we never get any follow-up on why the locals thought you were a monster, which - in a game thin on story - feels like a gap.

With the story and dialogue unfortunately unable to carry the entire experience, you're left with the underwhelming gameplay. You can walk around, jump and kick; you can roll yourself up into a ball for faster traversal and to sink in water. The controls are basic and fairly imprecise, but the game doesn't ask much of the player. You can play with keyboard or controller, but the key layout is a bit odd on both. There's the typical loose physics engine that applies to a few specific objects, but your interactive options remain fairly limited throughout. 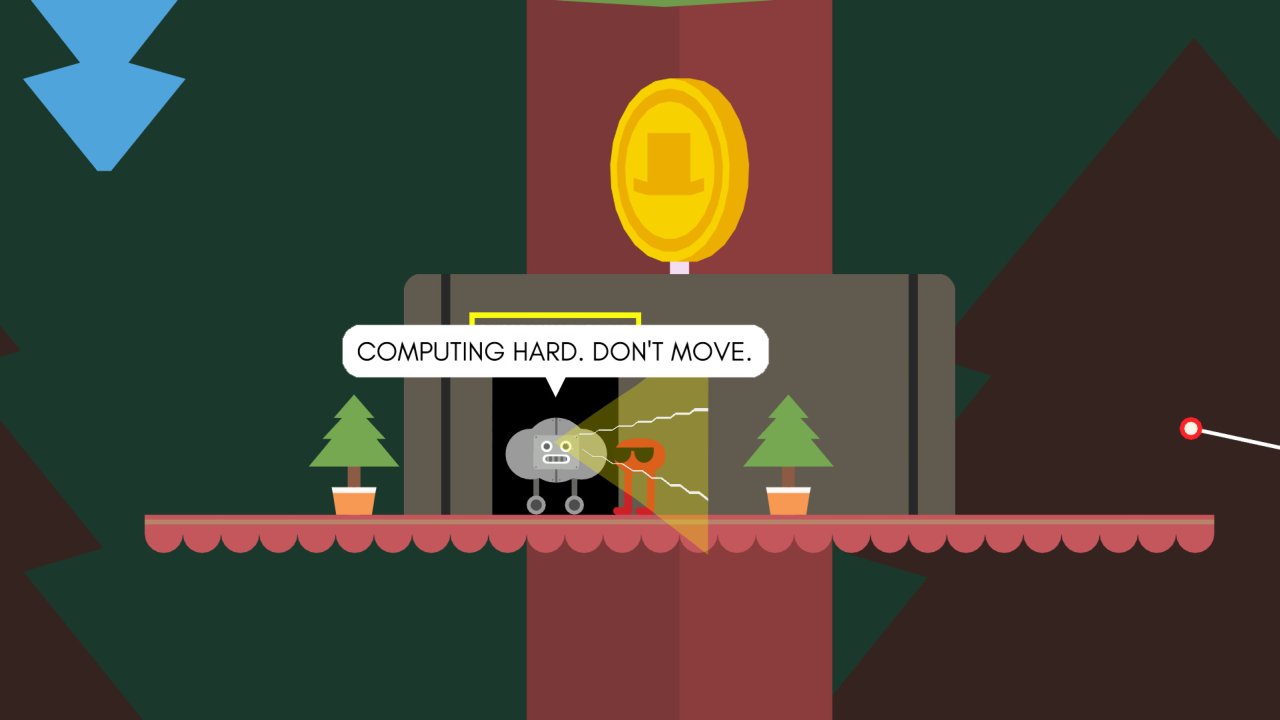 There's not much jumping or kicking to do, as you'll mostly traverse the environment and solve occasional easy puzzles. For the main story quest, you'll go through a couple of different environments, that can be either linear levels or small hubs with vertical exploration. You'll eventually find a few hats to wear, which are needed for story progress, and also unlock a few optional paths you can re-visit. In a town, you can enter a few homes and chat with NPCs, but again there's not much to do and the dialogue is just a line or two that repeats. A few easy and short boss fights try to add variety, but everything is rather simplistic. There are optional minigames and challenge levels, too, that reward you with more collectibles.

Hidden pathways can be found here and there, and often contain a collectible or an optional quest. You can go around collecting gold coins, but again you only need a couple to progress, and the rest are just to buy some collectibles from a shop. The few character-given optional quests usually require thorough exploration of an area and a few trips back and forth. It's worth doing, as they provide more amusing dialogue, and you get more bang for your buck. With more than half the optional content done, the game lasts under 4 hours.

You can add some runtime to the game by playing cooperatively. Local two-player coop offers some custom made levels, such as puzzles and races, which are amusing to get through with a friend. You can also compete in a sort of basketball, which comes with the whacky physics that are expected in a minigame of this sort. 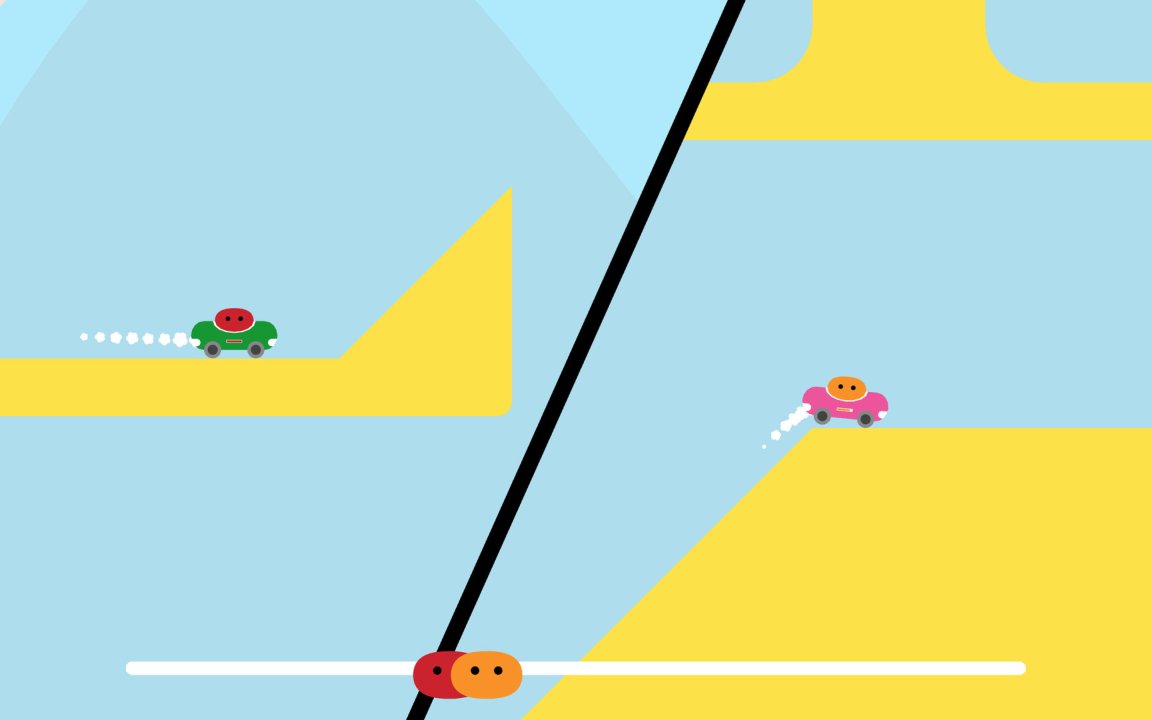 Pikuniku definitely doesn't try to stand out by offering memorable presentation. The game's visuals are decidedly low budget, and while it's appreciated that the overused pixel-art style wasn't at hand here, what you get looks rather bland. The game features decent color variety, and some of the character designs fit their whacky personality, but the environments are just basic and featureless. The ground and platforms are flat and feature no details, and the visual effects are barebones. The soundtrack also attempts to win you over with some kooky tunes, but it grows repetitive and after a while begins to sound cheap.

As yet another in a long line of indie platformers, Pikuniku misses the mark. Its forgettable presentation and lackluster gameplay may have been forgivable if it offered something - anything - to make up for it. Games of this ilk live or die by their attempts at humor and quirkiness. Sadly, in this case, the game's story and dialogue are just not that hilarious, memorable, or engaging. It's decently priced for what it offers, but there's just nothing in Pikuniku to help it rise above the rest of the field.

Our ratings for Pikuniku on PC out of 100 (Ratings FAQ)
Presentation
50
An off-beat soundtrack grows tiresome by the end, and the environments are just too basic.
Gameplay
60
A light platformer and puzzler, with no new ideas. Controls are very basic, and the game is quite easy and simple in its mechanics. Optional content helps pad out the experience.
Single Player
60
The story is predictable, but it’s fun to encounter some of the characters and their often witty dialogue, brief as it is.
Multiplayer
65
A series of levels that will entertain you and a friend for a short while.
Performance
(Show PC Specs)
CPU: Intel Core i5-4670K @ 3.80 GHz
GPU: ASUS Radeon R9 280X DirectCU II
RAM: 16GB DDR3
OS: Windows 7 Professional 64-bit

90
No issues
Overall
60
Pikuniku offers a few amusing moments, but its underwhelming presentation and simplistic gameplay make for an easily forgettable experience. 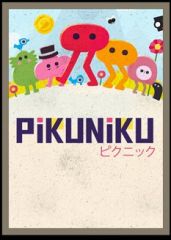 All videos for Pikuniku (1)
Advertisement ▼