Creators should always have a chance to deliver on their vision. Whether it's in TV, movies, or games, we often hear stories about studio or publisher interference and how it typically leads to poor results. Creative works are, after all, best not designed by committee. But, in the case of The Quiet Man, somebody at Square Enix should have said something. Someone should have stepped in and said this shallow beat-em-up game with questionable artistic decisions isn't really going to work. Sadly, nobody did. 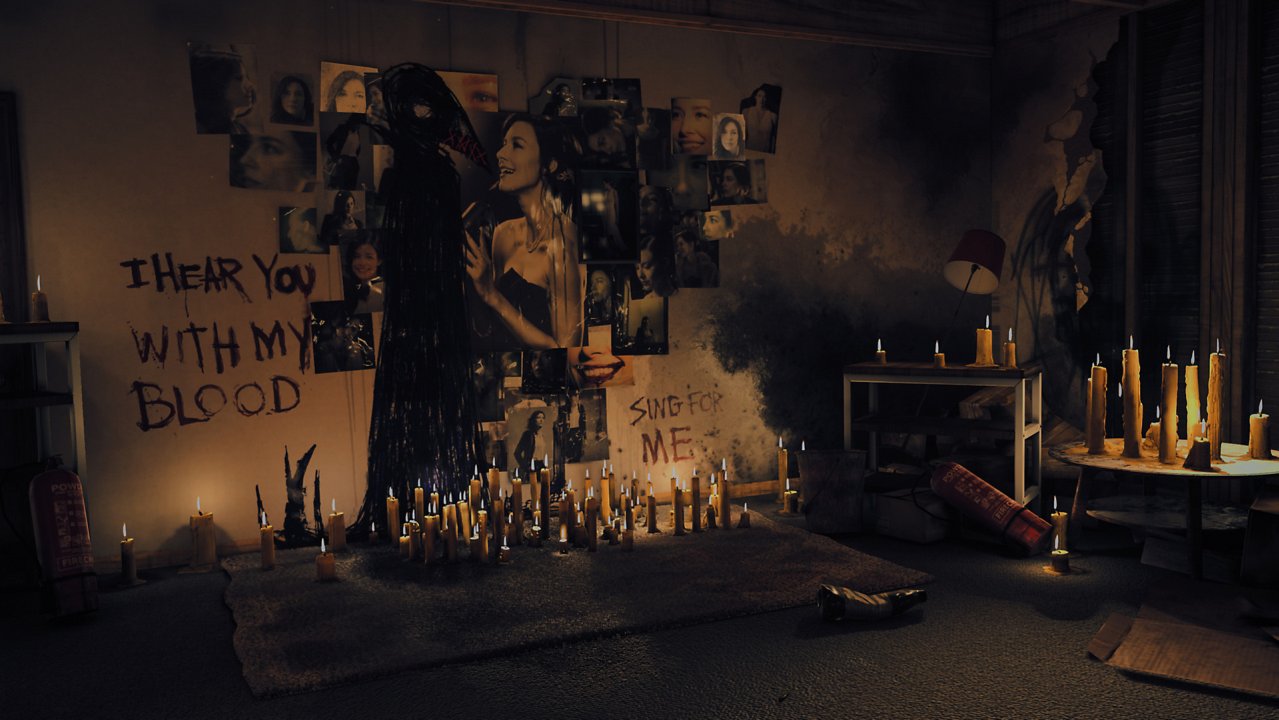 Players assume the role of a man named Dane, a young individual who we learn has lost his mother many years ago in an ‘accident’. He is on the hunt for members of a gang he believes were involved with the murder, while also working for his friend Taye, who is some sort of kingpin. Taye is in a relationship with a singer woman, who in turn seems to have an affection for Dane. Dane, however, sees her as a striking resemblance to his mother rather than a romantic interest. It's not long before a few mysterious messages appear, and the woman is kidnapped by someone in a crow mask. Dane sets out to find this criminal and rescue the woman.

Initially, the story follows some fairly basic tropes. There is the relationship between the two men and an odd love triangle of sorts that eventually comes to a head. But things start to get pretty strange and convoluted as the story goes on. Dane's relationship with the woman is odd at best, and goes a bit too far into the weird mother-like territory. The introduction of the crow mask really throws things off the rails, as the game throws twist after twist in its final of the three hours, and outstays its welcome, spinning a story so drawn-out and full of allegory that it becomes largely laughable.

The Quiet Man is a cinematic game that features more cutscenes than gameplay. That in itself isn't necessarily the killing blow, given that plenty of narrative-focused games are out there and do well for themselves. Sadly though, shocking design decisions ensure that this somewhat unique adventure never even has a chance. Perhaps the craziest decision of them all is the game's choice to use a supposedly deaf protagonist. While that leaves plenty of room for creative storytelling, the game can't handle its own ambition, so it just offers nothing at all.

Imagine watching a movie with no sound. Are you going to understand the general gist of what is happening? Probably. Are you going to enjoy it? Hell no. And that's The Quiet Man – a game that features absolutely no voiced dialogue through its extensive cutscenes. You only hear occasional footsteps, punches, and light audio effects when others speak. That's it. At first it seems unique, but after a short while you realize that the story was obviously put together in a very traditional way – hence the comparison to watching something on mute. There aren’t any allowances made for the sake of the hero's deafness – like, say, extra visual queues or creative text displays.

And the reason I say "supposedly deaf" is because the game can't even keep its facts straight about Dane's apparent disability. He simply stares at other characters who deliver a ton of dialogue, and yet nobody ever stops to write anything down, they just assume he understands. And he does seem to understand, or is able to lip-read, or something, because he himself even opens his mouth and talks at times. But we never know what he or anyone else is saying, which just makes no sense. 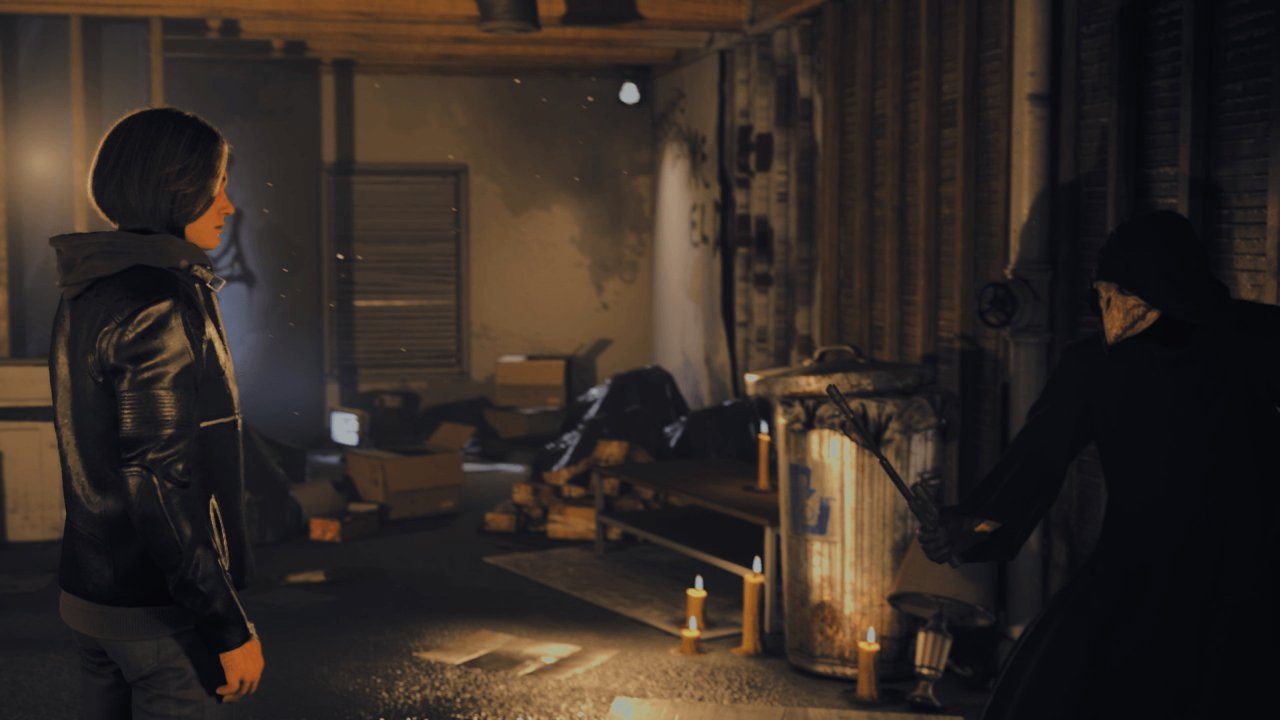 The game has a subtitle feature, but it does not work during the entirety of the game apart from opening lines and concluding song. Is it a bug? An artistic choice? Why even include this option if it's never used, leaving players entirely in the dark? It could have been used creatively – by only subtitling certain parts that the deaf character can understand – but instead it's a wash. And you know what, perhaps it's for the best – the only bits of writing and voice acting that we get are rather poor - there's some bad dialogue and acting in the brief opening scene, and a rather poorly performed song with awful lyrics at the end. The game is supposedly getting a patch that will add voice acting sometime soon – another baffling decision, not to include that at launch – and while it may scrape together something more cohesive for the story, it's unlikely to change much. The game even ends on some sort of a countdown due to expire later this week; the poor and unexplained design choices just pile up.

When you're not sitting through silent cutscenes, there are moments of brief action. Mostly, you'll hang out in a room as copy-pasted characters walk in for you to beat up. You have a basic punch, a kick, an ability to grab, as well as an off-screen meter that lets you initiate powerful attacks/takedown. Beating your way through a few waves of enemies is boring and bland. There's little variety to speak of. Some enemies block all but certain attacks, or wield weapons, while others – specifically the bosses – are repetitively tedious as you must wait for them to attack, perfectly dodge, and only then can you deal damage.

The developers wasted time creating some decently detailed environment interactions - enemies stagger themselves on objects, lean over things, etc – but the rest of the animations are so poor it's a wonder why they bothered. Punches and kicks go right through body parts, fallen foes stop being physical objects and clip within one another, and so on. The environments are small and have the audacity of being re-used, as you apparently return to the same locations but with a different camera angle. Speaking of the camera, it's rather terrible and has a mostly fixed angle, leaving you exposed to attacks you can't see. You also can't lock on to enemies, and Dane will dodge in seemingly whatever direction he feels like, often right into another foe. It matters little though; if you are defeated you just restart the encounter.

Even narratively, the gameplay makes little sense – Dane is some sort of amazing MMA fighter who can clear rooms of larger bad guys on his own, despite being a skinny kid, with no story background on how he got any combat training. He also gets knocked out by the silliest attacks if the story demands it, after one-punch knocking people out during gameplay. You beat up the same few minor characters, who keep coming back for more, with not a scratch on them. There's just no attention to detail or cohesive continuity. The game also had a few hard crashes and framerate drops. 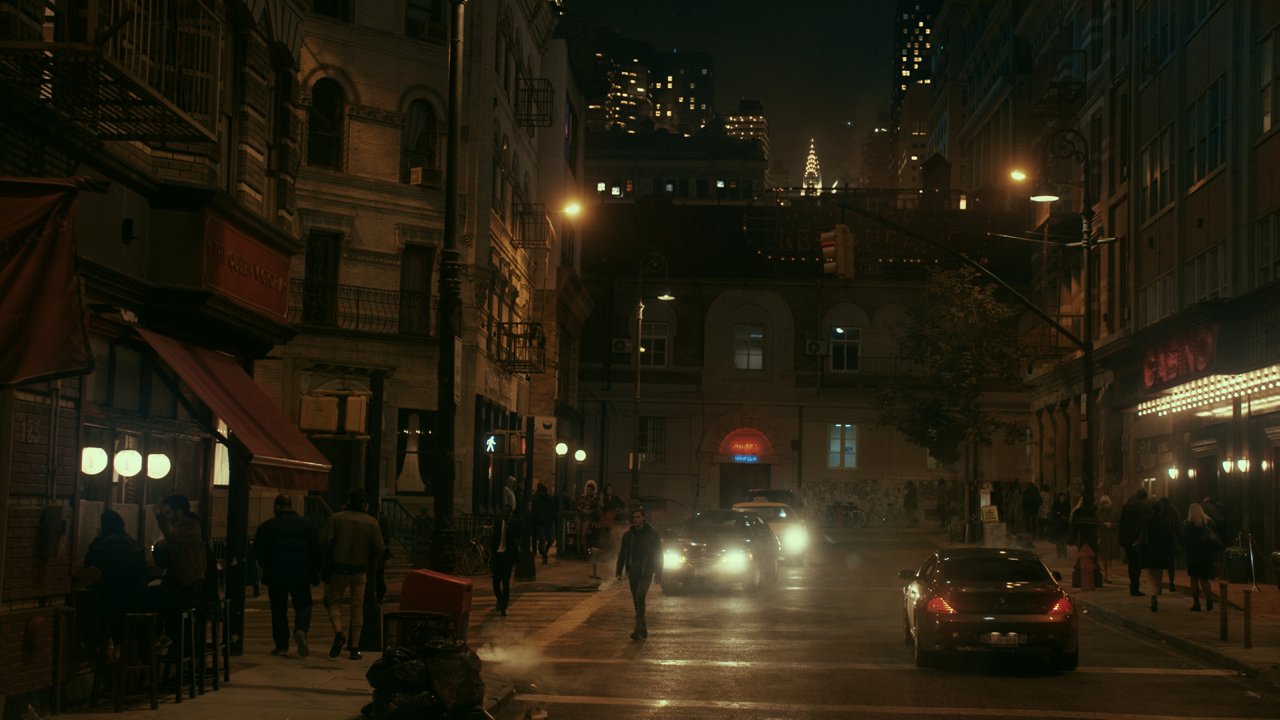 If there's one positive to be derived from the presentation, is that the game looks more or less decent from a technical standpoint. It also utilizes real video clips for much of its story cutscenes, which actually work decently well and the videos themselves are competently made. The transitions between in-game and video are smooth, and favorable comparisons can be made to Quantum Break in that regard. If not for the lack of sound, this could maybe, somehow, pass for an almost average late-night C-quality movie.

The Quiet Man is a silent killer of unsuspecting-player wallets and their time. Apart from its decently made live action clips and initially interesting premise, there's just nothing of value here. The story gets more convoluted and overdramatic as it goes along, and the decision not to add any sound on top of this is a nail in the coffin. The gameplay is barebones and poorly animated, and gets repetitive long before the end credits roll. The Quiet Man earns incredibly unique honors – this is a rare and distinctive example of a title that's not even worth watching on YouTube, because you'll get nothing out of it.

Our ratings for The Quiet Man on PlayStation 4 out of 100 (Ratings FAQ)
Presentation
40
The live action clips seem competently made, and the visuals are decent in some cases. However, animations are poor and lack of audio is baffling.
Gameplay
30
A few highly derivative series of combat rooms with basic fighting abilities and repeated enemies.
Single Player
35
A convoluted story that will perhaps work better with sound, but still seems plenty absurd given what happens.
Multiplayer
NR
None
Performance
50
A few crashes and framerate issues.
Overall
30
The Quiet Man is a failed experiment, but unlike other games that share this fate, it doesn't seem constrained by budget or technical limitations – but rather poor execution and abnormal design choices that cause its own undoing. 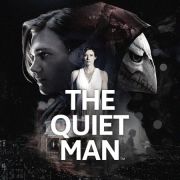 All videos for The Quiet Man (3)
Advertisement ▼