A decent horror adventure only let down by a few missteps

The phrase “Call of Cthulhu” is perhaps most often associated with being the title of H.P. Lovecraft’s short story and the most recognizable work of his career. The new video game from Cyanide Studio, however, isn’t based on the short story, but rather on the Call of Cthulhu pen-and-paper RPG. The tabletop game deals heavily in percentile rolls for skills checks and, of course, is traditionally set in the world of Lovecraft, a universe similar to our own but filled with monsters and evil cults, where the player-characters usually end up either dead or insane. 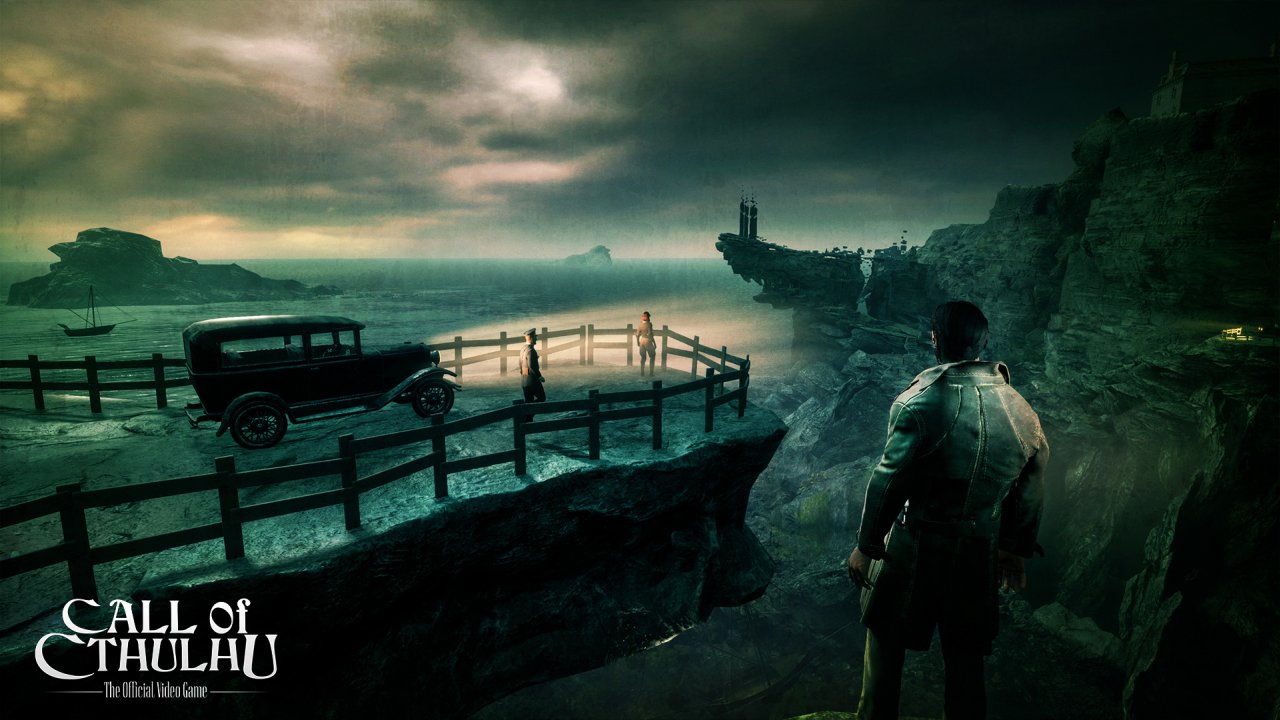 Cyanide’s game tells the story of Edward Pierce, a World War I veteran and private detective who is contracted by the father of the recently deceased Sarah Hawkins to investigate her death in the island village of Darkwater. Desperate for work, Pierce accepts the case, though once he arrives in Darkwater he quickly realizes there is something sinister at work. Soon he’s pulled into a complex web of small-town politics, ancient families, and dark magic. Throughout the game, as Pierce is confronted with horrors beyond his mental grasp and is forced to do terrible things, his sanity begins to slip, leaving the player to wonder what is real and what is an illusion.

Even though the game is based on the pen-and-paper RPG and not Lovecraft’s story, it’s difficult to disentangle the two. Thus, the biggest challenge for Cyanide is figuring out how to make the world feel unique - and that is quite the task. While Lovecraft’s influence on fiction can be felt in novels and film, it’s especially present in video games. Everything from Darkest Dungeon to Quake has elements of Lovecraft baked into them - heck, Steam has its own genre tag for such games, it’s so pervasive in the medium. So it’s impressive that Cyanide manages to find a nice little niche for itself, toeing the line between rote and creative in surprising fashion. The game is quintessential Lovecraft, filled with cultists, tentacles, interdimensional monsters, and an existential fear of impending abyss - all the good stuff - but it also manages to take cues from other successful horror games to keep things fresh.

There are a lot of different mechanics used in Call of Cthulhu. It’s a nice attempt at variety, but sometimes it's clear that some mechanics and sequences were more thoroughly tested than others. The best of these are the investigation elements to the game, where Pierce uses his detective abilities to figure out what happened at a crime scene or sort through the clues he has found, which is usually done by searching the environment for interactive items. These sequences usually begin with players entering a “restoration” mode, by holding the two trigger buttons. This allows Pierce to wander around, interacting with items and slowly piecing together what happened. The gameplay is simple but feels rewarding as elements come together. 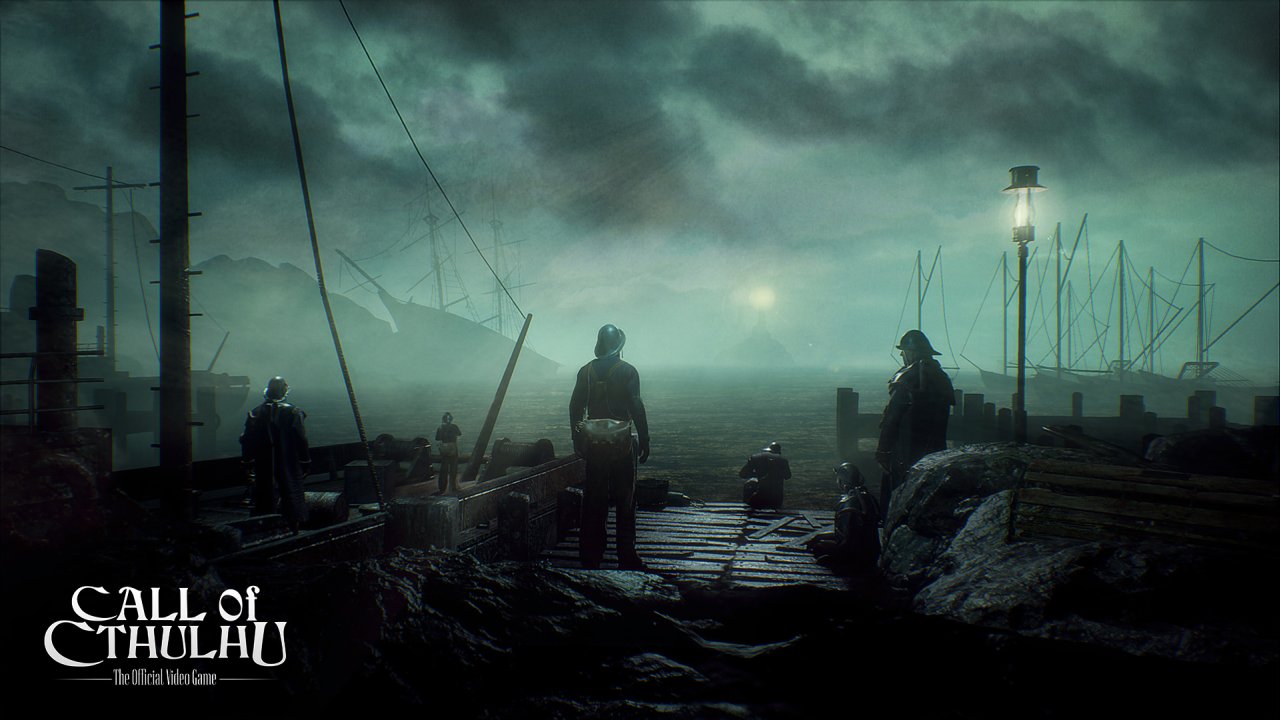 There are also some clever puzzles, which is another strong aspect of the gameplay. Here you’ll usually be doing your detective work before running into a gated-off area, and you’ll have to use your puzzling abilities to proceed. Sometimes it’s solving a riddle, other times it’s more traditional where you’ll have to get item “A” to open thing “B” and that gives you a way to get item “C” .

Another gameplay element is talking to the people of Darkwater to gain information or learn about the world, which also works pretty well. It’s here that the RPG aspects come into play as your stats open up different dialogue trees and allow you to catch people in a lie. It also helps that the game is filled with likable characters that are easy to care about, even if they aren’t animated particularly well. Dialogue and investigations rely on your skills, which are improved through a well-meaning, but ultimately forgettable upgrade system. These aforementioned mechanics make up about three-fourths of the gameplay, and the last fourth is not very good.

The final gameplay mechanic consists of stealth sections where you attempt to avoid being seen by enemies - these sequences range from boring to bad. They start out alright, but the AI of enemies is janky so avoiding detection can be a dull game of cat-and-mouse. Sometimes you’re just hiding from guards, sometimes its monsters that drive Pierce mad when he looks at them. What is more annoying is how these sequences have objectives that are light on details, leading to you repeating them over and over as you try to figure out what the correct actions are through guesswork. You can tell Cyanide got bored with stealth too, since later in the game some of these encounters are retrofitted so you can easily shoot your way through them instead of hiding and sneaking. 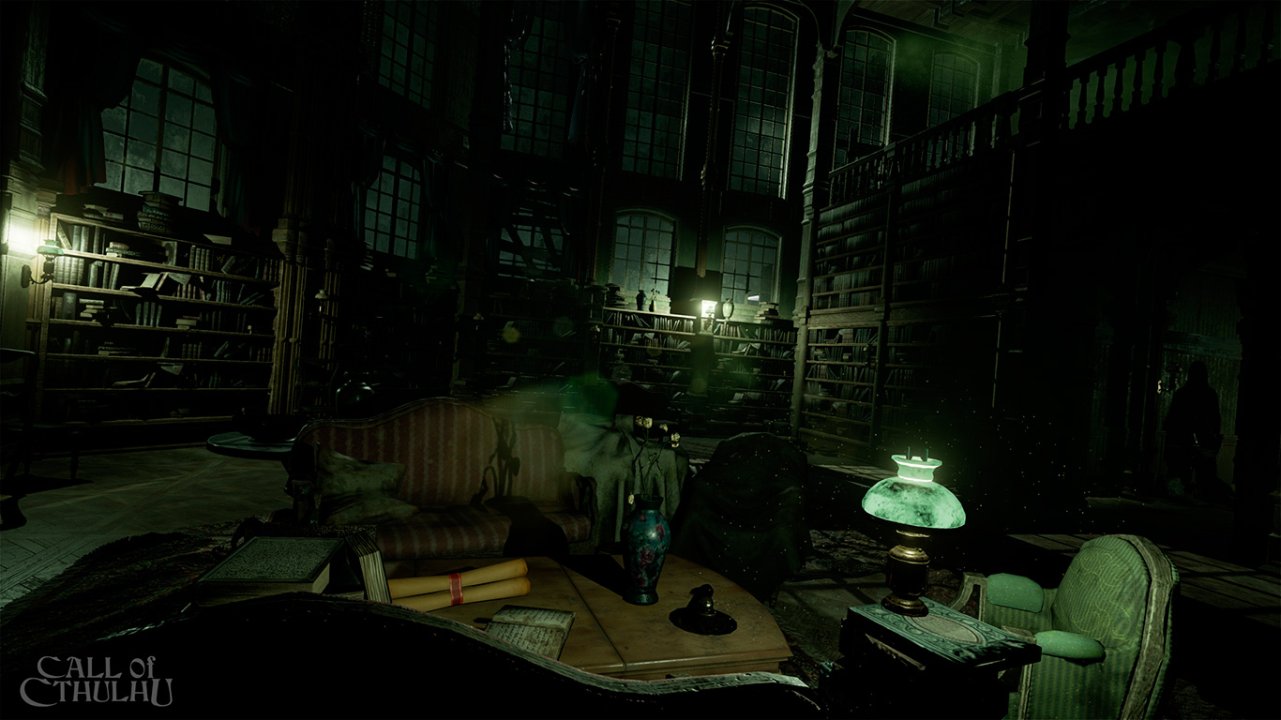 There are also issues with presentation. Call of Cthulhu is a fairly linear game, occasionally giving you bigger environments to explore, but still jumping from scene to scene. The environments look well enough, and the immediacy of the first-person lens adds a lot of tension to the game. Wandering through dark halls as Pierce slowly loses his mind is an unnerving experience, and when hiding from monsters the game uses audio and visual cues to simulate the feeling of claustrophobic terror. Unfortunately, the animations for NPCs in first-person are lamentable. They look a little robotic and the lip-syncing is off, but that’s nothing compared to the third-person cutscenes. All of the cutscenes are awful, the art itself is fine, but watching them is cringe-inducing. Suddenly the uncanny valley has never felt so wide - or uncanny. What’s perplexing is how often these cutscenes are used. There’s a lot of these rough moments to slog through and they make it hard to stay invested, especially toward the end of the game.

There are also some technical snafus. The long loading times between chapters are annoying, but to Cyanide’s credit, when you are killed the game reloads rather quick. Occasionally, seams between engine assets will glitch and flash white. It’s distracting because the markers for items you can interact with have little white dots on them, so occasionally you’ll think you’ve discovered a clue when it’s just a visual glitch. It’s not a big deal, but in a game that’s relying on immersion for scares, it stands out. I also noticed audio cues failing to reset when reloading from a fail-state, with chase music playing on a loop before the chase actually began.

Call of Cthulhu is a game dragged down by these missteps. I would be getting invested into the mystery, having just finished a puzzle and gotten a good jump scare, when a cutscene would trigger and I’d have to fight back laughs at how janky it all looks. In some ways, this might actually help the pacing, diffusing the tension, but it’s certainly not intentional. Coupled with the stealth gameplay segments that are poorly designed, leading to you having to repeat a couple of segments over and over, the experience is derailed a fair amount. But if you have some patience and can look past the rough edges, there is a good game in here - one that horror fans are sure to enjoy.

Our ratings for Call of Cthulhu on PlayStation 4 out of 100 (Ratings FAQ)
Presentation
62
The first-person atmospheres are really great and set a spooky tone, but the cutscenes are just awful and ruin the mood.
Gameplay
75
The majority of the game plays well - the investigations, puzzles, and dialogue are all strong. However, the stealth segments are a far cry from the standard set by other horror games.
Single Player
76
By the end, I was losing interest, but through the first three-quarters of the game, this is an engaging tale of monsters, madness, and ancient gods.
Multiplayer
NR
None
Performance
70
There are a few visual and audio hiccups, and long loading screens between chapters, plenty that’s annoying but not awful.
Overall
70
Call of Cthulhu has a lot of things going for it, with a unique take on the genre and some solid scares on offer. Horror fans should give it a look, but you're going to have to be patient with its blemishes. 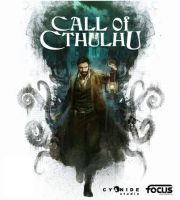