A reduction in the massive scale means less travel times and quicker matches. Multiplayer can be quite enjoyable but the campaign misses the mark.

Supreme Commander 2 has been greatly reduced in size from its predecessor. The scale of the original is just no longer present even though structurally it does behave much the same way as the original. The presence of more experimental units and research specialisations take over from the multi-tiered unit types of the previous game. In many ways it’s a lot simpler perhaps demonstrated by the change in resource management. The single player campaign starts badly with some pretty poor missions and bad story dialogue that does nothing to boost confidence. Thankfully once the campaign progresses it gets a bit more interesting. Rather than repeating tutorials for each race, the game gradually increases the difficulty throughout the three campaigns. Online the game brings together a smooth competitive playing field marred by some laggy matches. 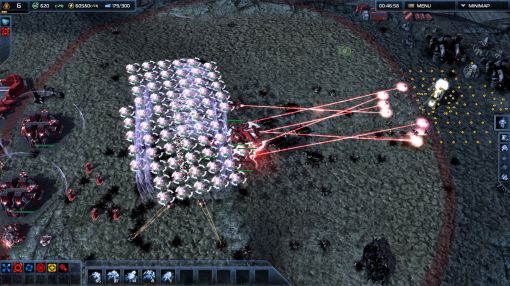 I do get a little excited over good formations

The original Supreme Commander had huge maps and it took literally 5 or 10 minutes for speedy land vehicles to move across them. With the sequel however even for large slow experimentals this time is generally measured in seconds. Is this a good move for the franchise to reduce the scale so much? On one hand you genuinely have less travel times, less time spent ferrying an army only to have them completely wiped out. During the main campaign I used the air transports to ferry units maybe twice as opposed to hundreds of times in Supreme Commander. There was also very few aircraft ferrying units online. Matches are over faster which also means the campaign is roughly half the length of the original even if you turtle up and save up a huge wave of units. The one thing Supreme Commander had over all RTS rivals was primarily the huge scale of the worlds, and with no map editor you unfortunately can’t make very large levels.
The change to the resource system came perhaps to reduce the frustration of having your build order stalling. In the first game you could literally queue up hundreds of units and buildings with the understanding that you would acquire the mass and energy by the time that order was undertaken. This time you can only queue what you can actually afford and as soon as you queue that item the funds are immediately credited from your resources. It’s almost like a typical resource system but this time you are actually spending the money on a unit well before the factories start to build it. 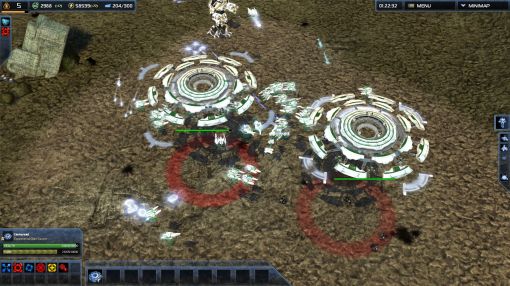 It's a bird, it's a plane - no it's my Darkenoid Giant Saucer

The change is no doubt in direct response to situations where your build order would simply grind to a halt because you ran out of mass or energy. Instead here you will need to hop back and forth between factories to queue up continuous streams of units as well as maintaining the resource system. In practice this eliminates the situation where your whole base shuts down production forcing cancellation of queues but it also means you will be paying excessive attention to the build queues.
123Next 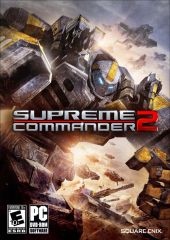