So bad it's (almost) good

Puzzle games have to tackle the unenviable task of crafting fun brain teasers while simultaneously ensuring that each one provides a meaningful reward to keep the player motivated through each increasingly difficult challenge. In Portal your motivation comes from listening to the next bit of cleverly-written dialogue. The Witness eggs you on with a clearly outlined goal and tons of secrets to unveil. Trinity rewards you with walls plastered with inadvertently hilarious text snippets that tell a completely incomprehensible story. It's legitimately enjoyable for a good few hours before the pace slows to a crawl thanks to the frustrating puzzle design. Trinity is a puzzle game that tries its best to enthrall with minimalist visual design and a thought-provoking story, but it fails so spectacularly that it's almost worth playing just to witness the train wreck. 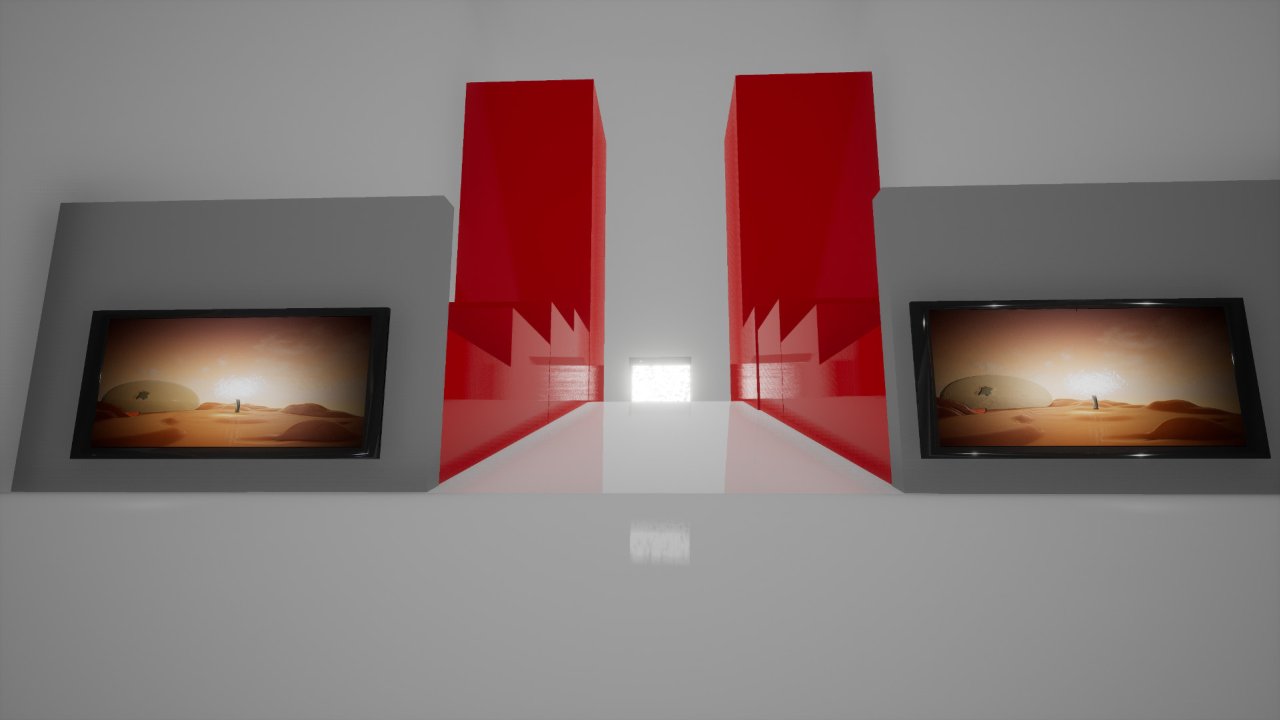 On the positive side of things, Trinity's mechanics have a surprising amount of potential. It's a 3D first person affair that consists of pointing and clicking on white square platforms to assign them colors. Your arsenal consists of three total colors: blue which causes a platform to move along a set route, yellow which makes a path extend from two opposite ends of the platform, and orange which turns the platform into a trampoline. You'll be using these three colors to make paths to new areas or to activate switches that impede your progress. The early sections do a good job of slowly familiarizing you with each of the three functions while gradually introducing new mechanics. The gameplay does feels a bit stiff, but it's forgivable given most things function how they should. However, after the opening moments, everything quickly begins to fall apart.

Trinity suffers from abhorrently ambiguous and inadequate puzzle design. There are fewer things more frustrating than simply not understanding a game's rules. You'll have to carefully traverse a razor-thin wall in one of Trinity's puzzles only to find yourself unintentionally bypassing an entire section by doing so again later. Nothing feels consistent. Sometimes momentum matters, while other times it doesn't. You'll end up getting stuck way more than you should simply because there's no way of telegraphing what forms of traversal are supposed to be open to you.

The prevalence of glitches in Trinity only adds to the unbearable uncertainty. Clipping through walls, falling through platforms, and improperly functioning objects are all par for the course here. It's entirely possible that you found a puzzle's intended solution, but a mere glitch is impeding your progress. Other times it'll seem as if you made it through a scenario only to find out you weren't supposed to go that way so you clip through the floor and endure an infinite fall that can only be escaped through a hard reset. The game has seen a few patches, but that hasn't kept it from feeling far too unstable for the in-engine puzzles it pits you against. 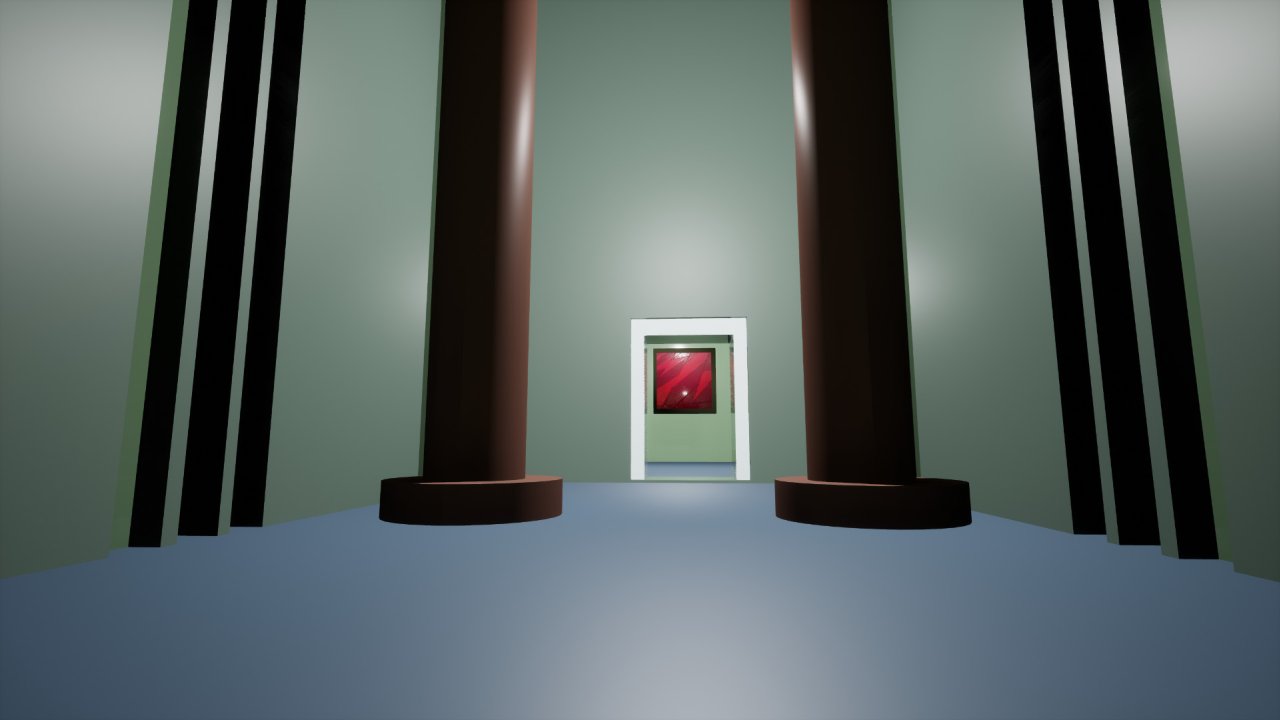 Trinity's aesthetics are similarly inconsistent. There are genuine moments of beauty during a select few sequences, but they're severely undercut by completely unattractive and disorienting visuals. Nearly every surface is reflective which causes walls to be nearly indistinguishable without manipulating the screen space nature of the reflection tech. Some sections look straight out of a fan-made Source mod complete with monochromatic checkerboard patterns plastered everywhere that look downright ugly. Later portions also have a tendency to get overly busy with overlapping transparent walls that impact the game's mechanics. It's often mind-numbing to look at, which is not how you want to feel when you're trying way too hard to solve a puzzle whose solution is needlessly nebulous.

However, the music in Trinity is genuinely great. It's a surprisingly diverse score that evokes suspense, mystery, and wonderment. It stands in stark contrast to the silly story and glitchy mechanics. The superb music creates an extreme dissonance with everything else in such a ridiculous fashion that it's almost mesmerizing to witness.

As a whole, Trinity is an extremely unpolished experience. There are glitches galore, flickering objects everywhere, and level transitions that feel almost accidental. The in-game UI is ripped straight from the Portal games which works well there but doesn't make sense here. You have two colored icons encircling your targeting reticule to indicate which mouse click will assign which color. It makes sense in Portal since you're only shooting out one of two portals, but Trinity has three colors to work with. The solution? You use the scroll wheel to cycle which color your right mouse click will summon while your left mouse click is always assigned to blue. It works, sure, but there could have been a much more elegant solution that would indicate some amount of effort from the developers, instead of forcing another game's UI to work with different mechanics. It feels lackadaisical. 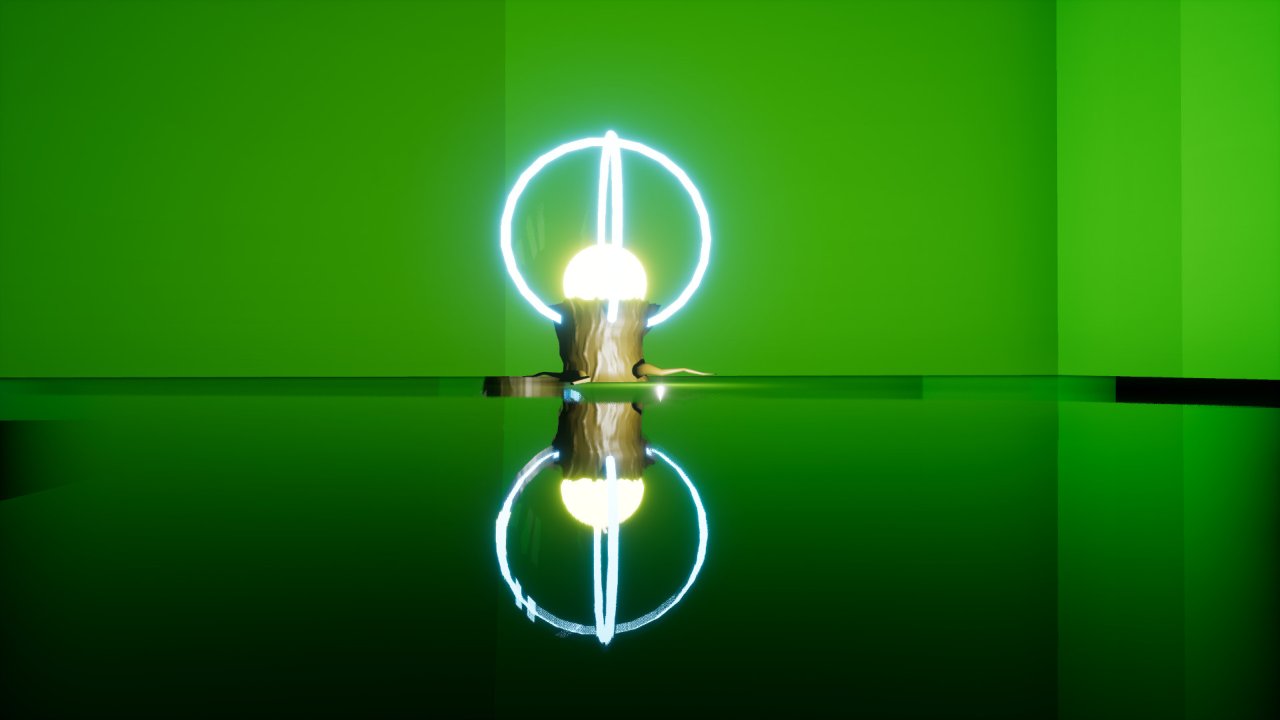 And yet, the story elements in Trinity are absolutely wonderful and almost make it an experience worth having. The developers would lead you to believe that the game weaves a complex tale of life and death complete with deep thematic meaning. In reality, the story is a bunch of unintelligible phrases on walls that read like someone trying to sound like a philosopher. It's downright hilarious. The grammar and spelling mistakes that occur often only add to the hilarity. I found myself banging my head against seemingly impossible puzzles for hours just to see what ridiculous statement was around the next corner. I was even in tears at points because I was laughing so hard. Credit where it's due, they certainly reward you after solving a puzzle regardless of whether or not the humor was intentional.

Trinity might just be the only bad game that comes with a recommendation. The puzzles are sporadically strenuous, the experience is riddled with sequence-breaking glitches, and the visuals can be headache-inducing. On the other hand, the excellent music and hilarious story make Trinity one of the most fascinating games out there. It isn't good, but it's enthralling in its inconsistency. If puzzles aren't your thing, Trinity isn't going to do much for you, but if you're morbidly curious, it's absolutely going to be worth your time.

Our ratings for Trinity on PC out of 100 (Ratings FAQ)
Presentation
47
Occasionally beautiful, but largely unattractive. Reflections and transparent objects are everywhere causing frequent visual disorientation. The music is good though!
Gameplay
51
Some puzzles can actually be fun to solve and think through, but there are far too many that utilize an inconsistent rule set or require exploits to bypass.
Single Player
45
There's a decent amount of content on offer here, but the drastically inconsistent difficulty means that most aren't going to be able to see everything to the end and will give up an hour or two in.
Multiplayer
NR
None
Performance
(Show PC Specs)
CPU: Intel Core i5-4690K
GPU: Nvidia GeForce GTX 980
RAM: 8GB
OS: Windows 10 Pro

40
The game runs well, but glitches abound. Prepare to be clipping through walls, enduring infinite falls, and finding your progress stonewalled.
Overall
42
Frustrating puzzles, bad visuals, and prevalent glitches don't keep Trinity from being an unintentionally funny experience, but they come extremely close. It's largely unpleasant and nearly impossible to finish, but the morbidly curious will find the story snippets well worth the impractical effort.