With Virtual Reality still trying to make a case for itself in the video game space, a growing number of titles sometimes err on the side of caution and, despite being VR-oriented, still release on traditional platforms. Such is the case with Transference, a new adventure game made possible through a collaboration between Ubisoft and film production company SpectreVision. Billed as a sci-fi surreal adventure, players investigate a family of a scientist who has recently gone missing. Despite being offered as a non-VR title on Xbox One, the game manages to maintain its effectiveness and offers something worthwhile for fans of the setting and good atmosphere. 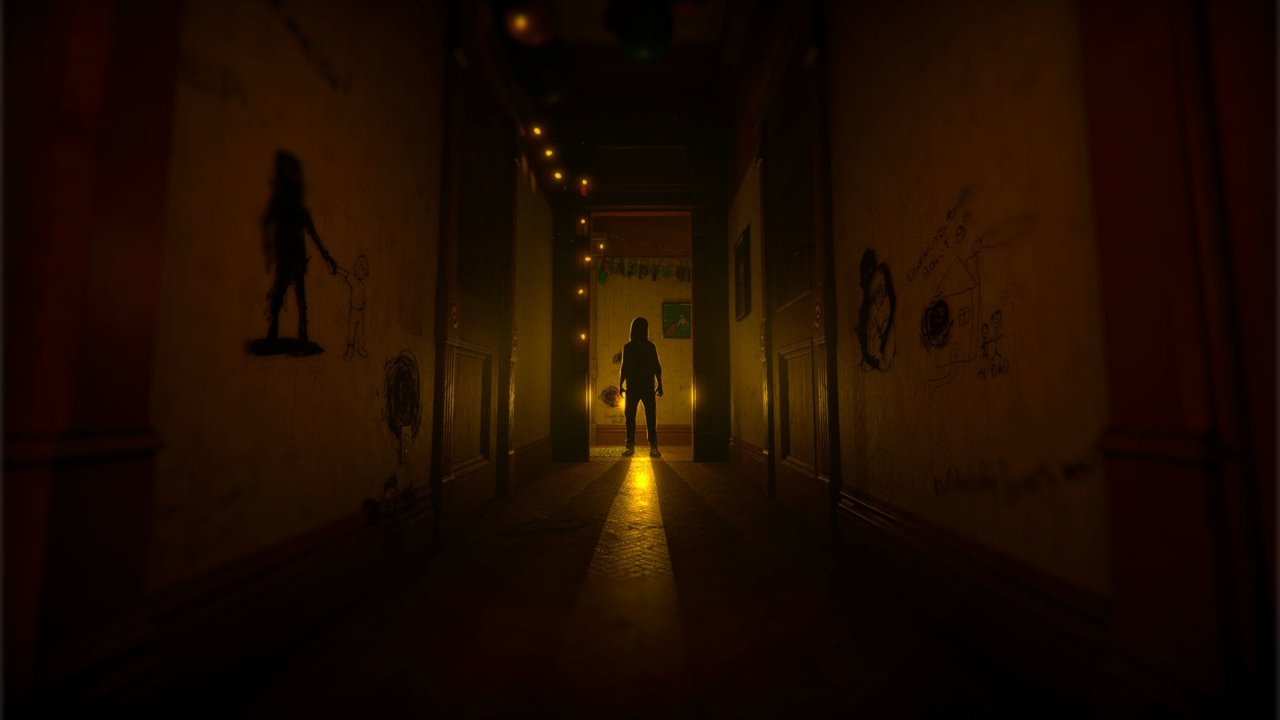 A brief introduction live-action video shows a man known as Raymond Hayes, who tells the player of his desire to successfully transfer human consciousness into the digital world. Following many experiments, he believes he has found the key ingredient, and intends to relocate his family to this new afterlife. Players assume the role of someone who has arrived to investigate the home of the Hayes family, who have apparently disappeared. The building and small apartment where the Hayes' lived is also known as Harmony Labs due to the Harmony Music shop located below their apartment. Upon entering, the players will experience a series of events that eventually lead to discovering more about each member of the family – the scientist Raymond, his wife, and their son Benjamin.

Players will learn about how Raymond's research progressed overtime, and how he drifted apart from his wife and son, who each faced their own struggles. Raymond struggled to find funding for his work; his wife was losing her passion for the marriage and music; and his son became one of the inadvertent test subjects of the transference machine that did not go well. The more we learn about the family's relationship, the more seemingly cliché it becomes as a sci-fi story, but it's executed well enough to be engaging. Is the father a mad scientist or a visionary? What happened to Benjamin during his experiment? Why is the mother feeling so trapped and unhappy? As in any modern sci-fi, the narrative attempts to remain mysterious, and players won't really get many answers in the end.

Transference is a fairly effective thriller. Players will explore the game world from a first person perspective, and so the game utilizes plenty of tricks to keep the tension high. Even though it's intended to be a Virtual Reality game, the experience manages to thrill and startle as a regular title. The environment is detailed and effectively utilizes plenty of visual effects – often of the sci-fi distortion kind – to set the mood. The texture work is decently sharp and looks good with the game's slightly stylized visuals. It's quite an atmospheric game, and the strong audio design definitely helps with that. The constantly unnerving soundtrack with piano and violin screeches is accompanied by plenty of cracking floorboards, sounds of mysterious footsteps, door slams, and more. The voice acting is effectively delivered and the many voices haunting the apartment will keep you on edge. It's not a full-on horror title, but there's definitely no shortage of sudden reveals and some that could even be considered jump scares. 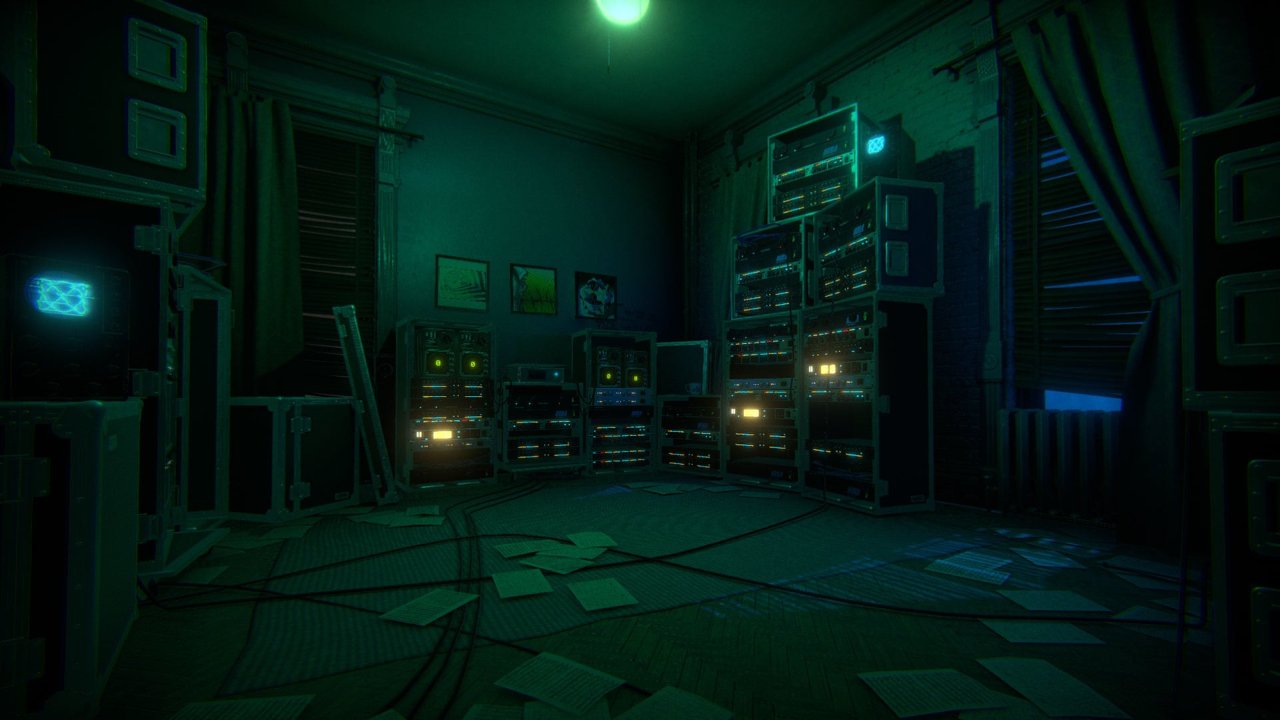 Inspired by the likes of PT and Gone Home, Transference takes place inside the family's small apartment for most of its runtime. But it manages to keep things fresh by constantly altering the level – you will have a chance to see the game's world from a number of different perspectives, one from your own, and others from the eyes of each family member. As the layout of the apartment remains the same, its contents and atmosphere change entirely, creating a sense of unease and constant unpredictability. The accessible parts of the apartment will change, and as you learn the layout, you can still never relax because the next door you open may not lead where you expect. There are a few rather well executed and memorable scenes, and in a brief psychological thriller, what more could you want?

As you explore the apartment, the interactions will be fairly limited. Players can pick up and look at tons of objects scattered around, but most of this is optional. Picking up certain things help add tiny details to the family's life, and you can also hear some associated thoughts that the person had with this item. Some items however, like paper tissues and old fast food boxes, or empty drawers, are literal garbage and just seem to be interactive to artificially extend the gameplay. As you walk around and pick up everything in sight, some objects may be needed to solve a few of the very easy puzzles. The gameplay design is definitely focused on keeping the pace engaging, so you can solve all obstacles quickly – the key for a door is usually just laying around the corner, a password you need is written in the same room, and so on. Once again you'll be reminded that this is a VR-oriented game, so the mechanics cannot be overly complex.

The same goes for the game's length – VR adventures are rarely very long, and Transference can be completed in an hour, exploring most of what the game has to offer and interacting with over half of the items. That's not necessarily a bad thing, as this allows the experience to keep constant tension that can be completed in one thrilling seating. If you want to extend the runtime by another 30mins or so, you can search out all of the game's collectibles, which unlock live-action videos in the menus. Despite being a unique draw of the game, these live-action videos appear extremely rarely in the game itself, and are of quite low production value. It's too bad that they are hidden collectibles, too, as it would have been more effective to see the clips of the family as you go through the game naturally. Instead, it feels like you've missed out on some cool bits of the story unless you find and watch them all later. 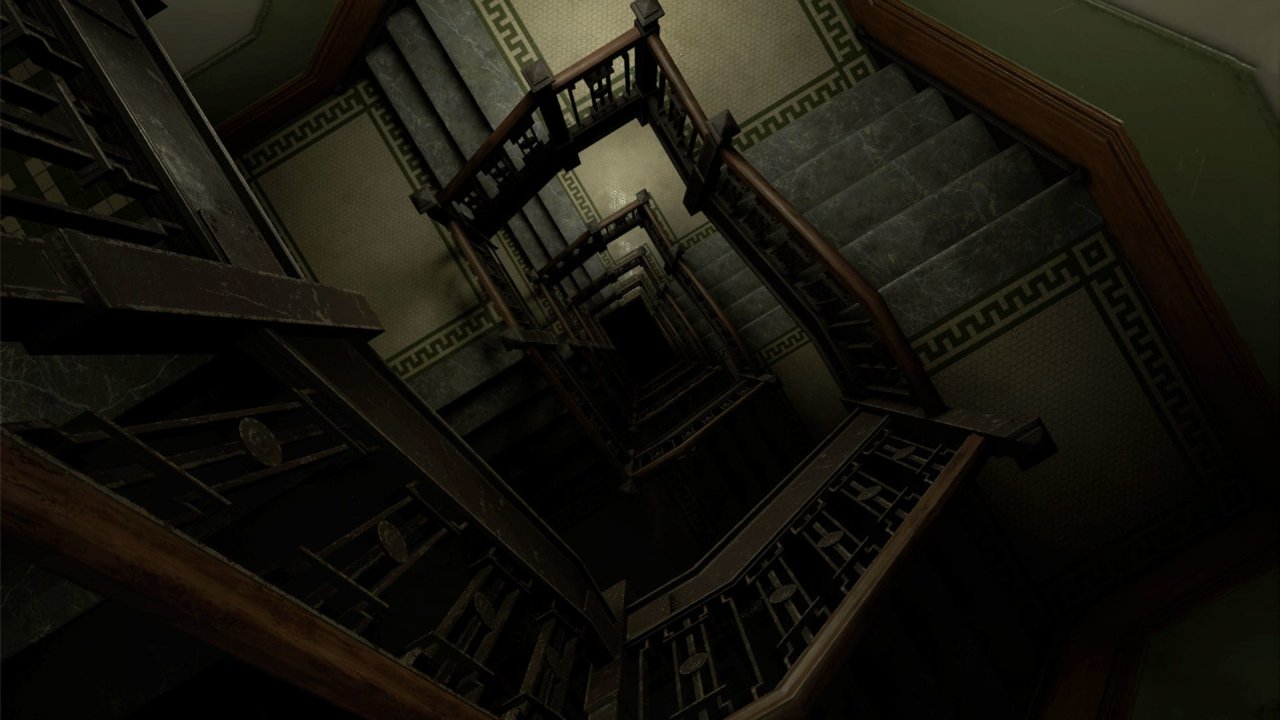 As a physiological thriller, a short interactive story of sorts, Transference succeeds. It won't revolutionize the exploration adventure genre with its gameplay or story, despite this being a high-profile collaboration with Elijah Wood's SpectreVision, but it delivers effective thrills and works as a non-VR release. Perhaps the only point of contention might be its high asking price, and the fact that the live-action videos are collectibles instead of a core part of the experience. Still, it's an atmospheric and occasionally unsettling ride, and one that's worth taking on a dark evening leading up to Halloween.

Our ratings for Transference on Xbox One out of 100 (Ratings FAQ)
Presentation
78
Good voice acting, effective visuals, and plenty of thrills combine to create a memorable atmosphere, even in a non-VR medium.
Gameplay
50
Limited interactivity that stems from the game's VR-oriented gameplay design. Simple puzzles. Disappointing that the video clips are collectibles.
Single Player
80
Highly effective level design stretches out the experience much in the same way as PT did, with chills and thrills around many corners. You may not get all the answers, but the focus is on the journey rather than the destination. A brief adventure, which keeps the pace humming along, but may also appear to have limited value for money.
Multiplayer
NR
N/A
Performance
95
No issues, smooth framerate throughout, no loading screens during the game.
Overall
70
Transference is an enjoyable thriller that retains its effectiveness in a non-VR setting. Despite gameplay simplicity and underutilized live-action videos, the strong atmosphere and a few memorable scenes help this sci-fi adventure leave a lasting mark. 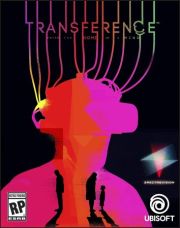 Our Review of Transference
70%
Good
The Verdict:
"An engrossing, if somewhat predictable, sci-fi thriller"
Game Ranking
Transference is ranked #1069 out of 1573 total reviewed games. It is ranked #84 out of 148 games reviewed in 2018.
1068. Disco Dodgeball Remix
Switch
1069. Transference

All videos for Transference (2)
Advertisement ▼