Provides some thrills but never quite takes off

You could say I’ve become a bit jaded when it comes to platformers. Despite being my preferred genre, it all begins to feel somewhat played out and formulaic after all these years. Luckily, Serenity Forge’s The King’s Bird proves that the genre can still provide some fresh ideas while adhering to that core of simplicity that I value in platformers. The title leans on the mechanic of momentum-based movement, which can be both satisfying and frustrating. The name of the game is to exploit this tandem of speed and momentum by flying, gliding, and hopping across some colorful 2D environments shrouded in wondrous mystery by a silhouette art style. 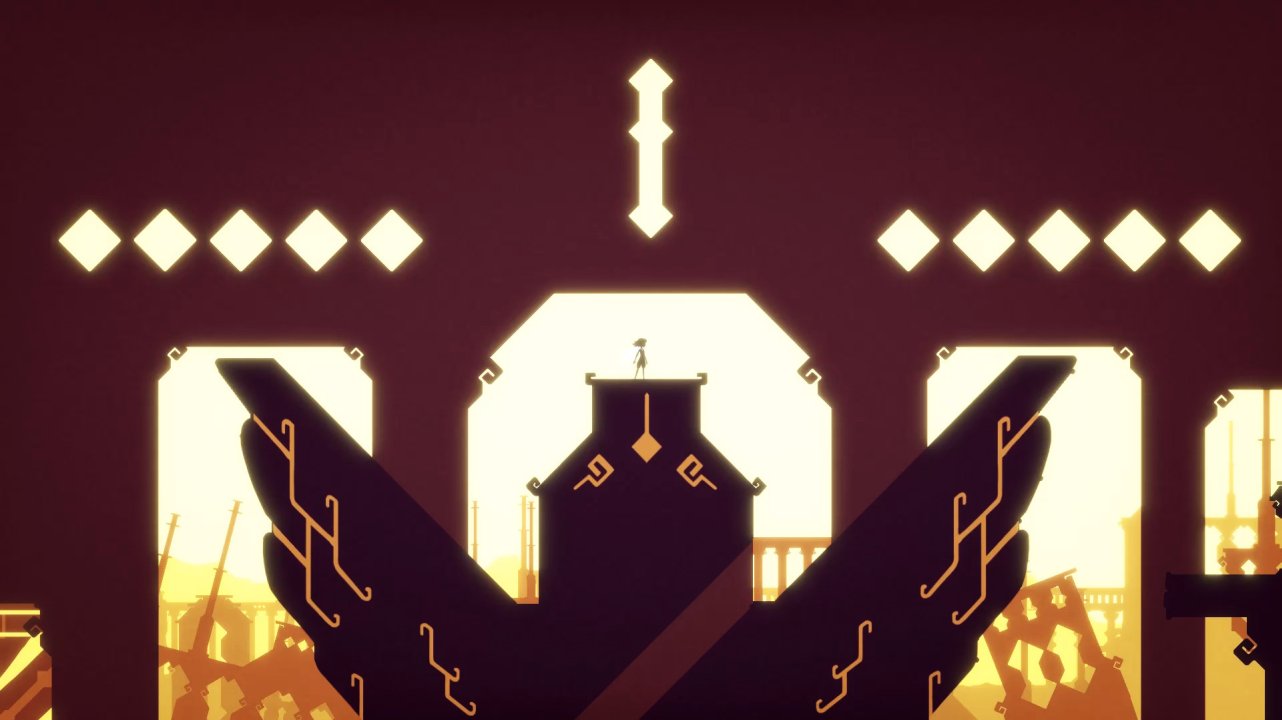 The King’s Bird takes a minimalistic platforming approach ala Ori and the Blind Forest and Celeste, and injects a Sonic sensibility with an appreciation for speed. In typical platforming fashion, your goal is essentially to survive while making it from point A to point B. Unlike those games however, your character - a humble, unnamed villager looking to unleash the long kept secret of flight - is equipped only with an ability to drift and soar through the air, along with a dash and jump move. It doesn’t sound like much, but when strategically stringing these abilities together, you can gain momentum, which builds your speed and can essentially propel you past certain obstacles.

The game is set up simply by tossing you into a quick tutorial through your hometown, set in a quasi-ancient looking civilization. After this, you’ll travel through a side-scrolling overworld consisting of a handful of outdoor environments, each with several stages. More levels unlock as you progress, eventually leading to a massive, grueling final stage, and an oddly convoluted end boss. The game has zero enemies aside from that, but the sheer amount of hazards ensures there will be plenty to deal with as is. You’ll often have to be creative as to how to make it to the next point, as you may not have enough speed to overcome an obstacle. You might, for instance, have to string together a dash, a wall jump, and a mid-air dive in order to generate enough force to drift across a large gap or glide across the ceiling. This odd dynamic can feel deceptively tricky to wrap your head around at first, though it starts to click after much trial and error.

While most levels contain a similar structure that emphasizes flight and fast-paced movement, some lean towards mid-air navigation through flying, while others stress more traditional platforming via well-timed jumps or hopping off walls. A handful of levels come with gimmicks that I mostly could have done without, including a few that strip your ability to fly, and the occasional multi-path scavenger hunt to unlock the exit. These tended to slow down the pace, and lessen the fun factor of the game. 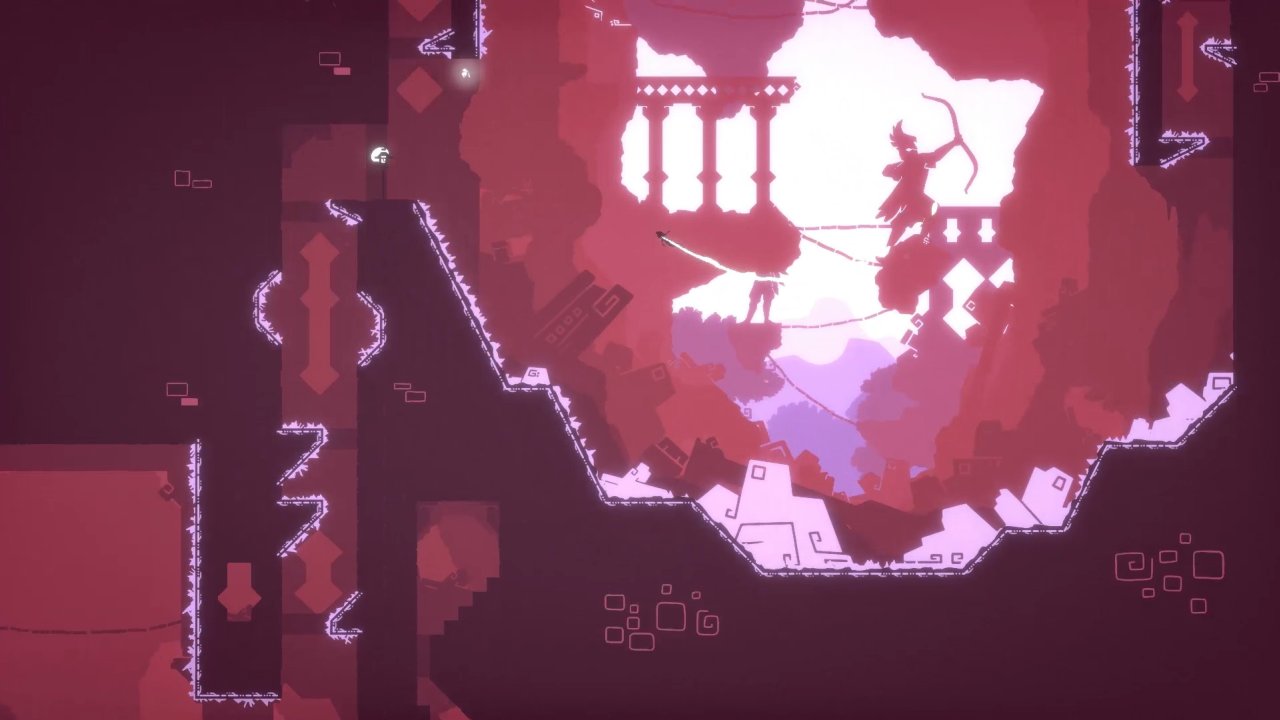 The King’s Bird tends to take on a feel that’s both thrilling and borderline relaxing - at least in the early-goings. The serenading soundtrack and ambient sounds of nature add to this soothing feeling, painting the scene with its soft classical and folky melodies that keep you in the zone. The game even adds a nice touch with some light vocal tracks consisting of “oohs” and “ahhs” that kick in when in flight, which mesh perfectly with the feel of soaring weightlessly through the air. What’s unfortunate is that this relaxing sense of euphoria that the game can offer is short lived and often broken up.

The frequency of spikes and pitfalls are always a danger, but reach an almost absurd level as you progress. Couple this with some dicey mechanics, and a limited ability to fly - which recharges only when touching a platform - and you inevitably reach a frustrating repetition of swift and frequent deaths. As things get crazier it becomes more unclear as to what actions to execute at what time, and you’ll occasionally just have to rely on blind luck to dash and stumble your way to the next checkpoint. What begins as a thrilling roller coaster ride soon starts to feel more like walking a tightrope while trying to juggle. Thankfully, there are many checkpoints, though it can be a tad jarring and difficult to regain momentum upon restarting from some of them.

While the free-and-loose nature of this swift, fluid movement provides enjoyment, there’s a subtle feeling of floaty imprecision to the physics that can make things feel unfairly tough at times. This is especially prominent in the second half of the game where the difficulty spikes tremendously, and you’re suddenly given a razor-thin margin of error. For a game that stresses fast movement and often demands precision, this can be a hindrance that clashes with its light-hearted nature, tarnishing an otherwise exhilarating experience. 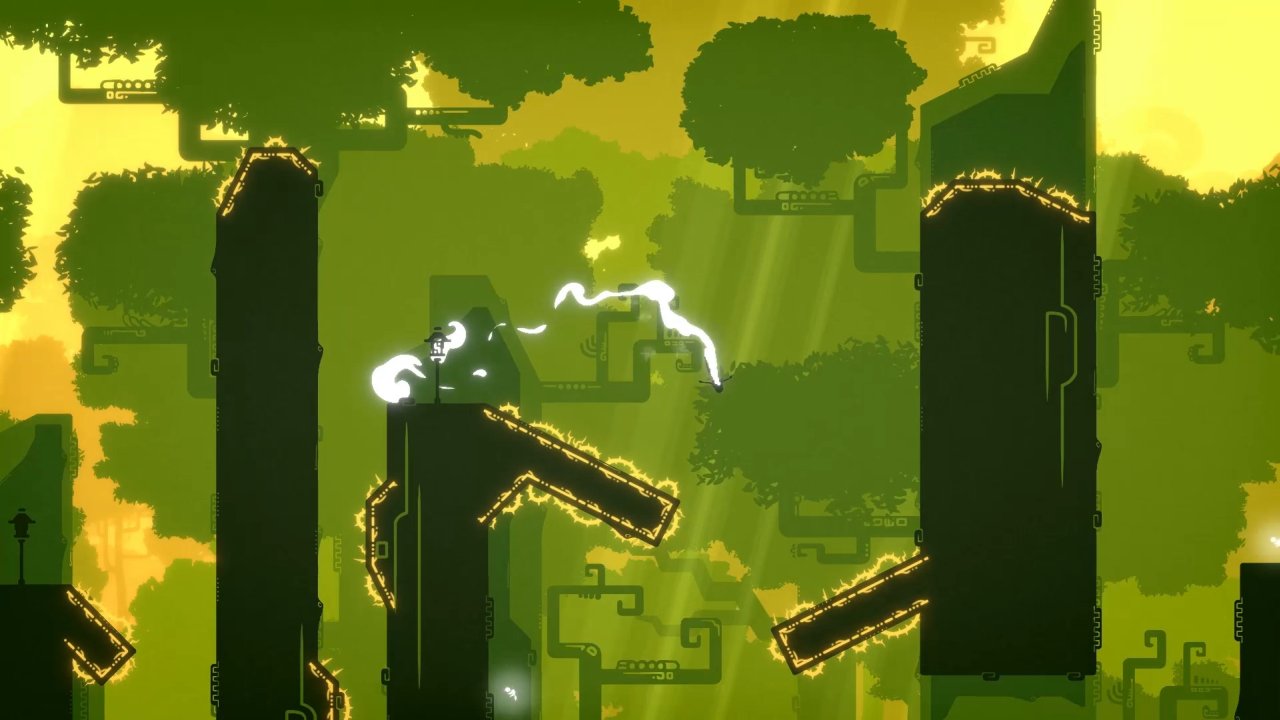 You can compete on individual leaderboards within each of the game’s few dozen levels - a welcome inclusion that adds some excitement and motivation to replay certain stages, many of which can be knocked out in just a couple of minutes. It was neat to see myself hit the top 25 on a few of the leaderboards, though I gather this is partly because of the game’s relatively small community, rather than my natural flying abilities. The only collectables come in the form of small fluorescent birds scattered about the stages, which add some incentive to be a touch more daring and traverse those harder-to-reach areas.

Make no mistake, there is definitely an underlying essence of enjoyment and exhilaration that The King’s Bird is capable of providing. Yet it’s diminished when the game turns into a white-knuckled struggle to perfectly maneuver through a plethora of obstacles, which happens abruptly as a result of the game’s short length. The somewhat sluggish and imprecise controls don’t do you many favors in this regard, nor do the slightly floaty physics. The game thrives when it emphasizes freewheeling flight, speed, and simplicity, above all else, while sprinkling in just the right amount of hazards to keep you on your toes without raising your blood pressure. The presentation creatively augments the experience, and the simplicity of the vibrant, cell-shaded aesthetic are enriched with a gorgeous soundtrack help keep you entranced. It’s just too bad this feeling is broken up so often, and ends all too quickly.

Our ratings for The King's Bird on PC out of 100 (Ratings FAQ)
Presentation
80
Light on narrative and cinematics, though the quick to-the-point gameplay is part of its charm. Contains a rich, cell-shaded aesthetic and delightfully colorful 2D layered backgrounds, complimented by an appealing soundtrack and atmospheric sound design.
Gameplay
62
You get a pretty minimalistic experience, along with some mechanics and controls that could have been tightened up somewhat, especially in the grueling later portions of the game populated densely with spikes. Still, it works on a fundamental level and offers plenty of thrills.
Single Player
68
The game relies more on a visual narrative than traditional storytelling through dialogue, which may ring as cheap, but also invokes the imagination. The campaign as a whole is brief and fairly straightforward, but is fleshed out somewhat by the collectables and online leaderboards.
Multiplayer
NR
None
Performance
65
Load times could have been quicker considering the stripped-down nature of the game, and there was some notable frame-rate stutter, though it is possible my gaming rig bears some of the fault.
Overall
67
There are a few issues holding The King's Bird back from being a true standout hit, but those who like their platformers to be a bit avant-garde, should be able to appreciate this virtual ride, along with speed run enthusiasts. 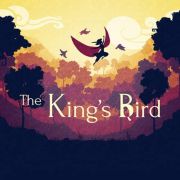