Perfect Dark is a fine first-person shooter from Rare that has the unfortunate luck of living in the shadow of its predecessor, a game called GoldenEye on the Nintendo 64. Ten years later, Perfect Dark gets to shine as 4J Studios updates it and is made available for a reasonable 800 points on the Xbox Live Arcade. 4J Studios is responsible for updates to two other Rare games: Banjo-Kazooie and its sequel Banjo-Tooie.

While GoldenEye is an adaptation of a 1995 James Bond film, Perfect Dark exists ambitiously in its own universe - in a realm of science fiction that at first seems grounded in reality and has a noir theme a la Ridley Scott's Blade Runner, but later becomes an adventurous space opera akin to those movies about the stars and the wars and the light swords. 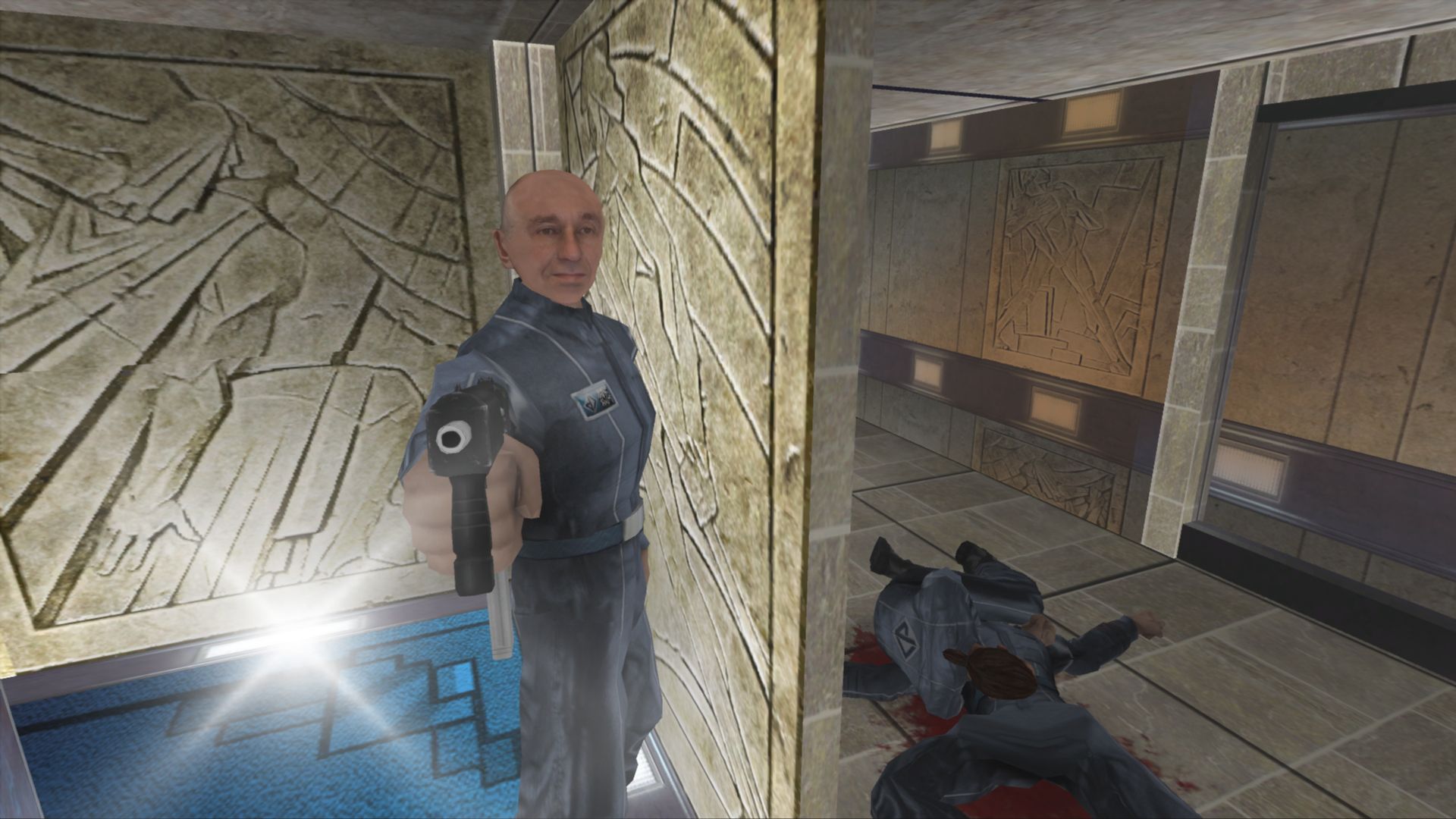 The protagonist is Joanna Dark, codenamed "Perfect Dark," a young and fiery agent of the Carrington Institute who specializes in espionage and helps the institute keep a step ahead of their rivals: DataDyne, a defense contracting corporation. The player controls her through a series of missions that spells out the potential end of modern civilization as we know it unless our spunky heroine comes through with the help of an ancient alien race in close to 20 missions across nine chapters. Agent Dark has a generous supply of guns and gadgets at her disposal, ranging from your basic pistol to an alien equivalent of an assault rifle to, my favorite, a rifle in the shape of a laptop computer.

The big question regarding Perfect Dark is how it plays in 2010. The answer is that is holds up surprisingly well. In a decade where most shooting results in going from Point A to Point B with a machine gun, Perfect Dark is retroactively refreshing, where the actual shooting is just a part of the big picture. You are handed several individual objectives, and the higher the difficulty level, the more objectives you have to accomplish. I imagine this is why people clamor for games like Perfect Dark and GoldenEye again. These two games have what many modern games lack: variety. Let's not turn our backs to the Gears of Wars and Call of Duties that we so enjoy, now. They're great games in their own right, but Perfect Dark is an experience that can undoubtedly be appreciated even without those rose-colored glasses. 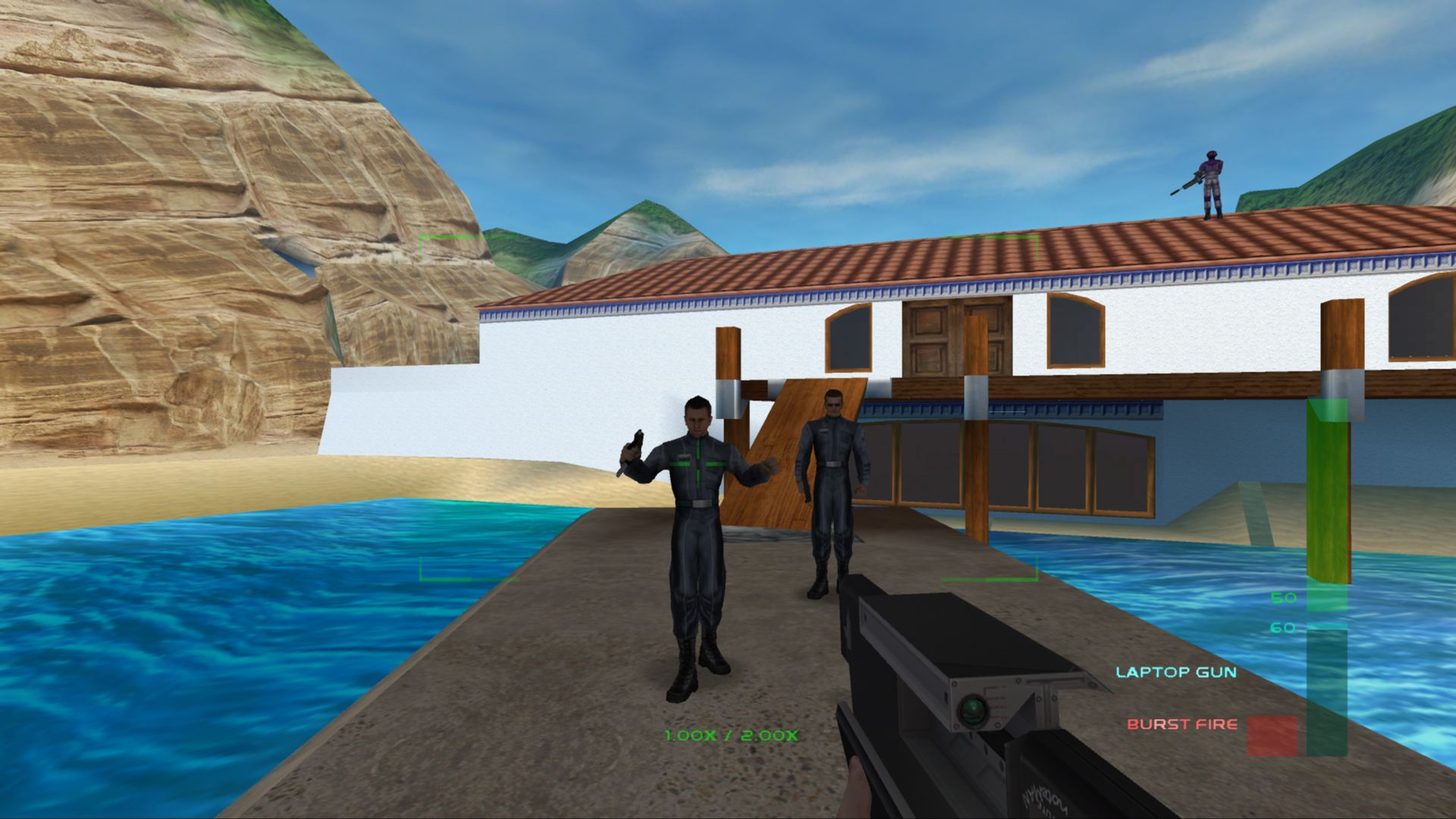 The visuals are crisp compared to the original N64 game, and it's nice to play it in high-definition. The updated facial features on a lot of the characters are well done, even for the random henchmen. At the end of each level is a short cinematic that transitions the story to the next mission, which means we get glimpses of Joanna in action before we're controlling her again. Considering she might possibly have the most detailed work done on her, I was kind of hoping she'd have a more natural look like everyone else and not the creepy blank expression she's always carrying with her. The animation itself, however, is undeniably smoother than the days of the Nintendo 64, which thankfully means no more slowdown when a large number of bad guys show up uninvited.

Controlling in Perfect Dark is a smooth experience for the most part. The Classic style is the default style but two extra control schemes ("Duty Calls" and "Spartan," har har) are available in case you want to play it like some other certain popular shooters you might have tried out in the last few years. The only drawback in the controls is the learning curve. The aiming is not as refined as the shooters of today are. There really is no point in the fine aiming as the free aiming works just as well for headshots and upper body hits. However, even the free aiming is a bit off, as the Xbox 360 analog stick is designed for more sensitive reactions and has a different feel than an N64 stick. Consider also that the Xbox 360 controller and the N64 controller have completely different designs. This does not completely hamper the experience, as by the third or fourth mission aiming will be second nature again. The bonus in hitting the guys anywhere is the hit zone damage reactions these guys have. Shooting a bad guy's hand might keep him from using his arm and resort to hand-to-hand combat or reach for his gun if given the opportunity, or shooting a bad guy's leg causes him to limp away. It makes me wish studios would do away with ragdoll physics. 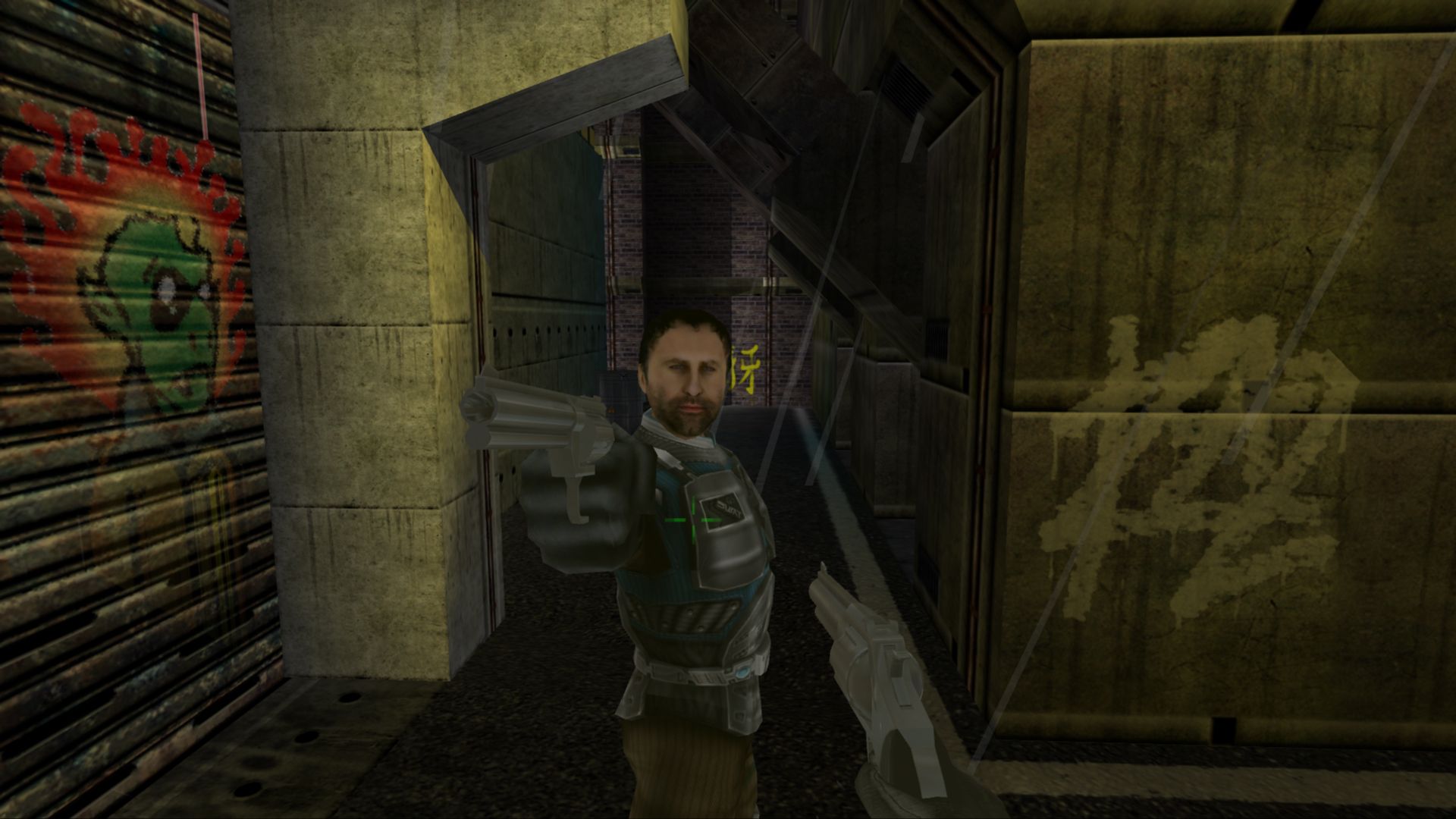 Perfect Dark's audio performs as well as the visuals and sounds exactly like what it is: cleaned up, refined MIDI sounds that make you forget about the N64's lack of a soundchip. The voice acting, although sharper and not muffled like the original game, is a little more hokey than I'd like to remember, but for a 2000 game on a cartridge-based console, it was damned fine for what it was and I've heard worse in games from 2008. The music of Perfect Dark carries some atmospheric and cool synth that picks up in tempo as the pace of the mission picks up. It's fitting with the sci-fi setting and is a very underappreciated soundtrack. Its sound effects are a throwback to old science fiction films and comic books. UFOs have that '50s hum, alien weapons make tiny "pew pew" sounds and sounds rather clear for the most part and is, if anything, charming.

In addition to the story mode, there is the multiplayer mode with several types of gaming including the standard death match, capture the base, and assassination modes among a few. Players can enjoy the multiplayer locally or via Xbox Live. There is also the co-operative mode, in which two players can run through the story mode, and counter-operative, where a player attempts to stop Agent Dark from completing her mission. The matchmaking is a bit of a wait, but the multiplayer is almost as fun as any other modern day multiplayer session. Most the enjoyment, however, will come mostly from nostalgia. It's nice to have classic GoldenEye-style multiplayer over a broadband connection.

Players will get quite the experience for a small price. Perfect Dark is a nice change in style compared to many shooters in this generation. The higher difficulty may turn some off to the game, however, or it may even provide a challenge for the more "hardcore" crowd. There are no checkpoints or saves here. If you are killed, or fail an objective, you must start the level over, and it can be frustrating although the missions can be completed rather quickly. Perfect Dark offers more than enough value that the player doesn't have to call it quits any time soon. It is so ambitious and ahead of its time you won't even feel like you're revisiting the past.

Our ratings for Perfect Dark (2010) on Xbox 360 out of 100 (Ratings FAQ)
Presentation
90
A fabulous science fiction/space opera game that feels more like an adventure
than a first-person shooter.
Gameplay
85
Ten years later, it's not your average run-and-gun FPS. You'll actually have to
think about your next move. Aiming takes some time to get used to, and having to restart a mission all over for failing one of many objectives can get frustrating.
Single Player
80
On the easier Agent mode, you can breeze through in 8-10 hours. The storytelling is not as complex as current-gen games, but still very involved. Difficulty levels are very well balanced and Special and Perfect Agent modes deliver the core solo experience.
Multiplayer
70
Average by today's standards, but still fun as a nostalgic novelty. A generous
amount of customization to be found here to boot.
Performance
75
Undoubtedly a much better experience than on the N64. No slowdowns, smooth
animations, and beautifully cleaned up textures. Level design can be a little
convoluted and generic at times. A good update for an Xbox Live arcade game
regardless.
Overall
85
Perfect Dark is a game that was ahead of its time and holds up well enough in
2010. You will play better-looking shooters with more refined controlling, but the objective-based gameplay and the highly customizable multiplayer are its
charm. 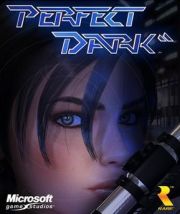