We get a quick look at the upcoming adventure game

Tunic is an action-adventure game from solo developer Andrew Shouldice. It’s centered around a little fox protagonist who must journey through different environments, hacking and slashing his way to uncover secrets, acquire new weapons, and find out why you’re here. At this year’s E3, we got a taste of gameplay via a hands-off demo. 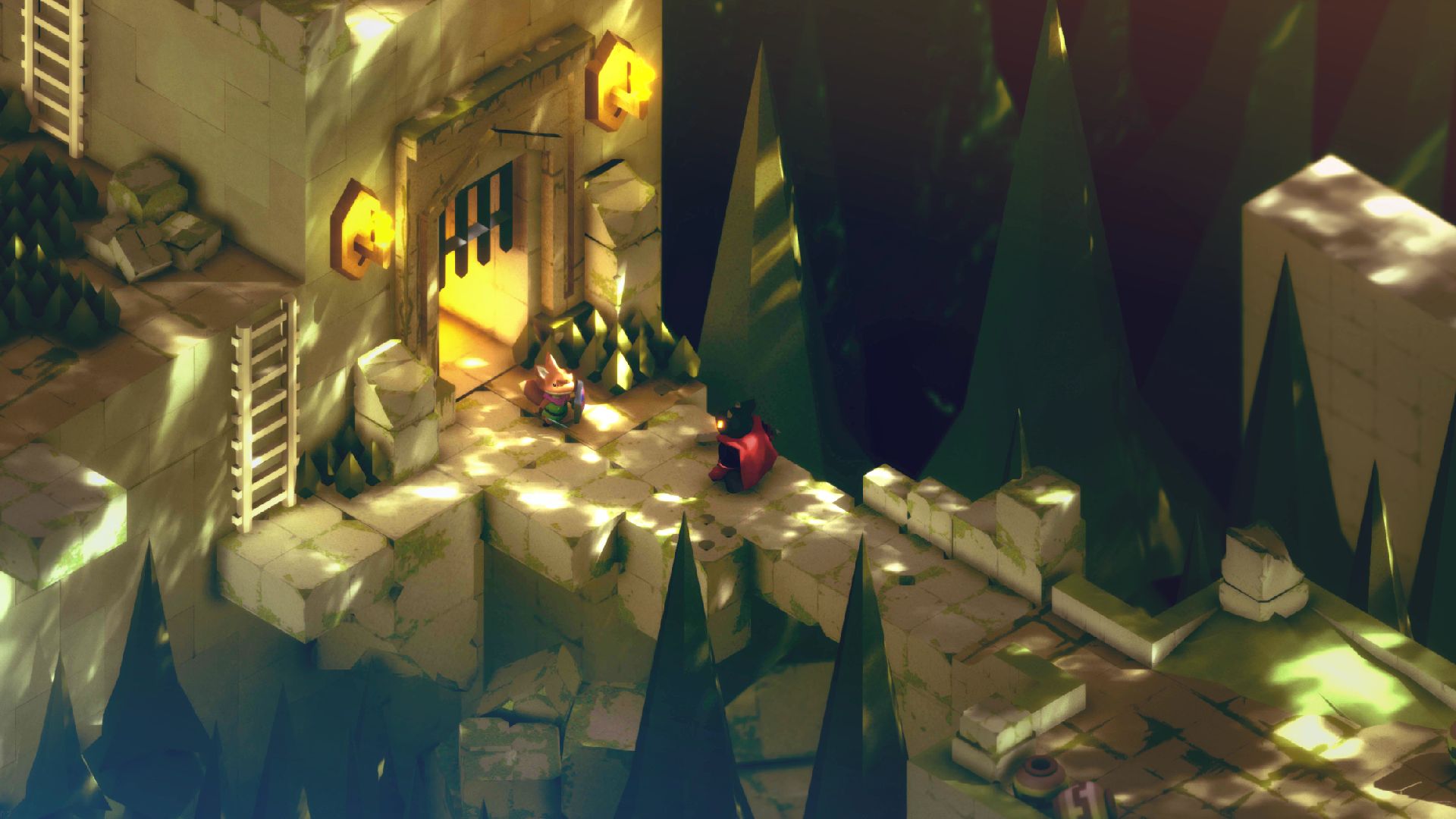 Tunic is certainly a game that wears its influences on its sleeve. And it wears it on its clothes too, with the little fox protagonist sporting the lime green tunic that Link is famous for. But who wore it best?

The first thing that’ll catch your eye in Tunic is the art style. Predominantly cubist, its levels feel like puzzles put together in some kind of floating space, all with an isometric camera view. The forested area we were in at the start was complete with ladders and blocky ruins as well as endearing, if dangerous enemies. In fact, the art style had me reminiscing about Hyper Light Drifter. Colours are bright, almost verging on cartoonish, but the game straddles that line just right.

Combat in Tunic is very Zelda-like, particularly Ocarina of Time. You can hack and slash, stringing together combos to shave off foes' health bars. Dodging is important, especially when enemies begin ganging up on you, because combat can be more punishing than you might think. Your ability to counter also comes in handy and useful when paired with the lock-on function. 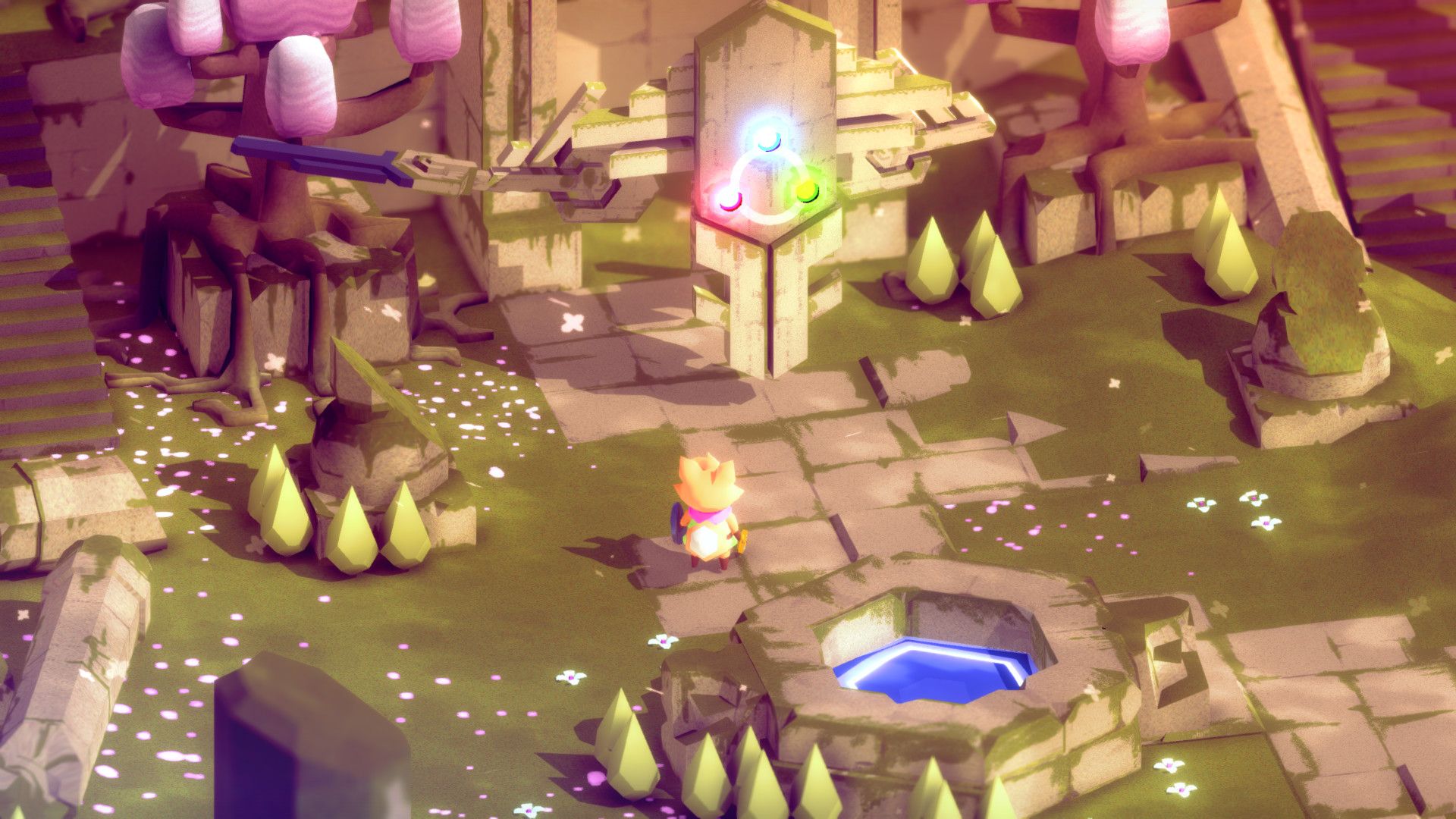 Exploring the world and collecting things is also prominent in Tunic. Slashing bushes and smashing pots will spew up cubic gems that you can pick up, which act as the game’s currency. Scything down one such bush led us to a secret area. Inside, we read the game’s strange language, which relies mainly on visuals to convey new skills and hidden abilities. Cracking open a chest provided us with a shield. While useful at providing further protection, if struck too many times the enemies will still break through your protection. When wielded in combat, it seemed that you need to save the shield for attacks that are too difficult to dodge.

Your health in Tunic is represented by hearts. The strength of an enemy’s attack dictates how many hearts are taken away from you. By using a potion, you can refill your health, and also increase the number of potions that you can hold. When you rest at certain locations, your potions refill and, ala Dark Souls, enemies will also respawn.

Seen as though we mentioned Dark Souls, we might as well follow on with that metroidvania theme; you can unlock shortcuts to previously visited areas. You basically wend your way around to an area where you can flick a big switch. Thunk. A drawbridge raises, leading you to a new locale. 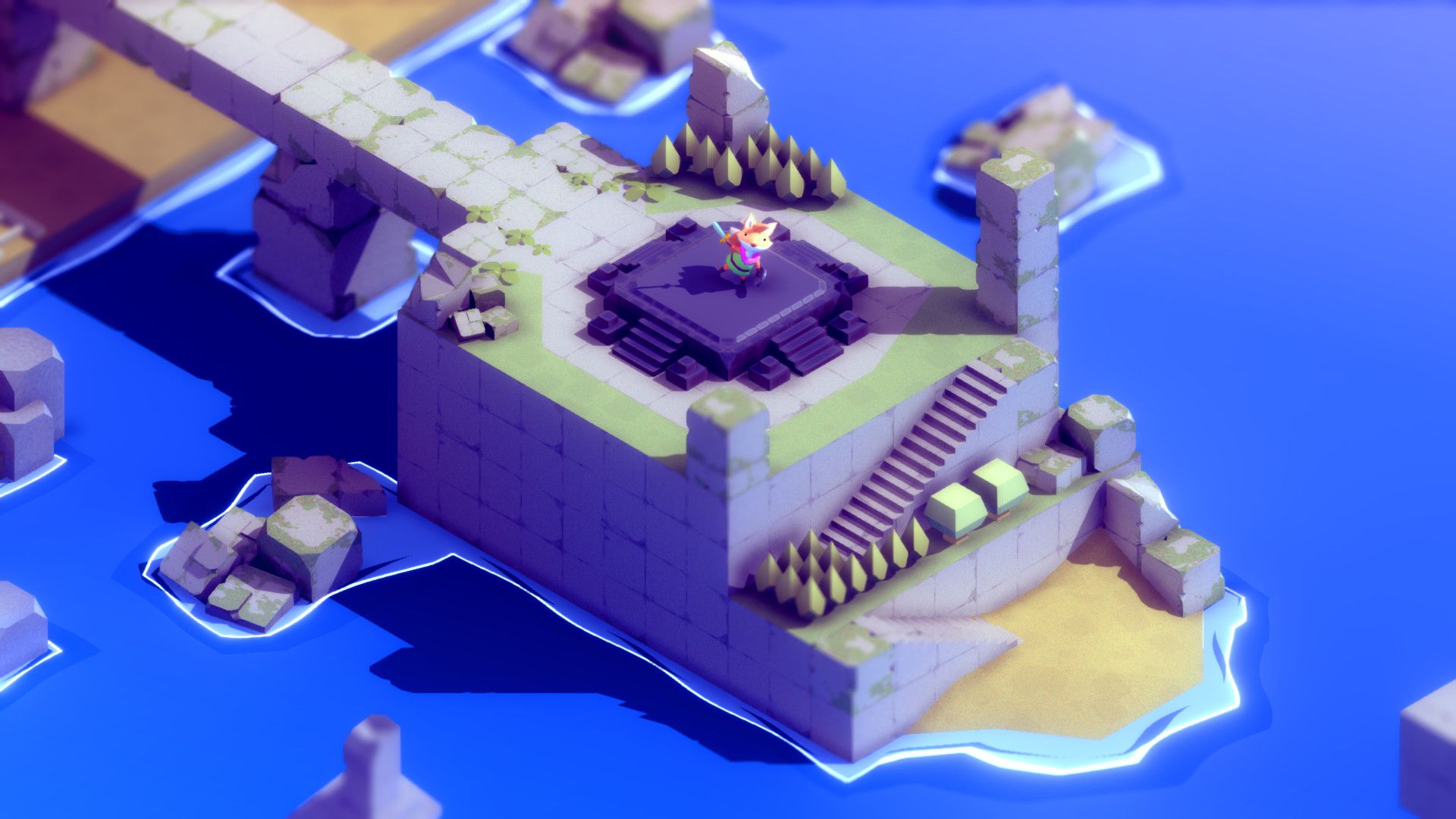 Moving onwards from a cubist environment, we were in a temple that showcased some different visuals as well as weapons. The smoother architecture coupled with a colder colour palette makes each area distinct and very visually appealing. Variety is not just present in level design, however. Our little fox can use a bow weapon too, to destroy explosive pots and take out enemies. It’s also very useful to use the bow to stun enemies before rushing in to finish them off. There is also a lasso weapon to yank enemies, and we were promised more coming in the future.

Coming to PC and Xbox One in 2019, Tunic has been in development for over three years. It’s plain to see that this game is a labour of love. Visually, it is very striking; its combat mechanics appeared fun, fast-paced and varied. By all accounts, Tunic seems to be a solid and interesting indie game. 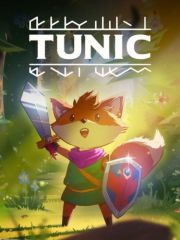 All videos for Tunic (3)
Advertisement ▼