I don’t really like having my assumed video game history explained to me. Whenever someone says, “Yeah. This game is totally like (fill in the blank), remember when you were kids and you played that game and all the fun you had?” It feels presumptuous, like we’ve all shared the same experiences. Maybe I didn’t play that game, and if I did, maybe I didn’t enjoy it. It also feels a little backwards-looking; one of my favorite things about developers in this medium is how they often look ahead, always creating new ideas and different kinds of games. We make fun of the familiar video game trends, but they only happen because a new idea catches fire and blows people away with a title they never knew they wanted.

That being said, when Gearbox said, “Do you remember when you’d play a two-player game with a friend and the winner kept playing while the loser gave up the controller?”, I had to admit, I did remember such a time in my life - so while it might annoy me, Gearbox is pretty spot on with their assumption of this experience... maybe that’s why I’m annoyed. However, when it comes to two-player games, I mostly remember them being in fighting genre. I rarely remember playing shooters with only two players. Me and my friends would do a King of the Hill scenario with games like Tekken or Madden, not with games like Quake or Unreal Tournament. 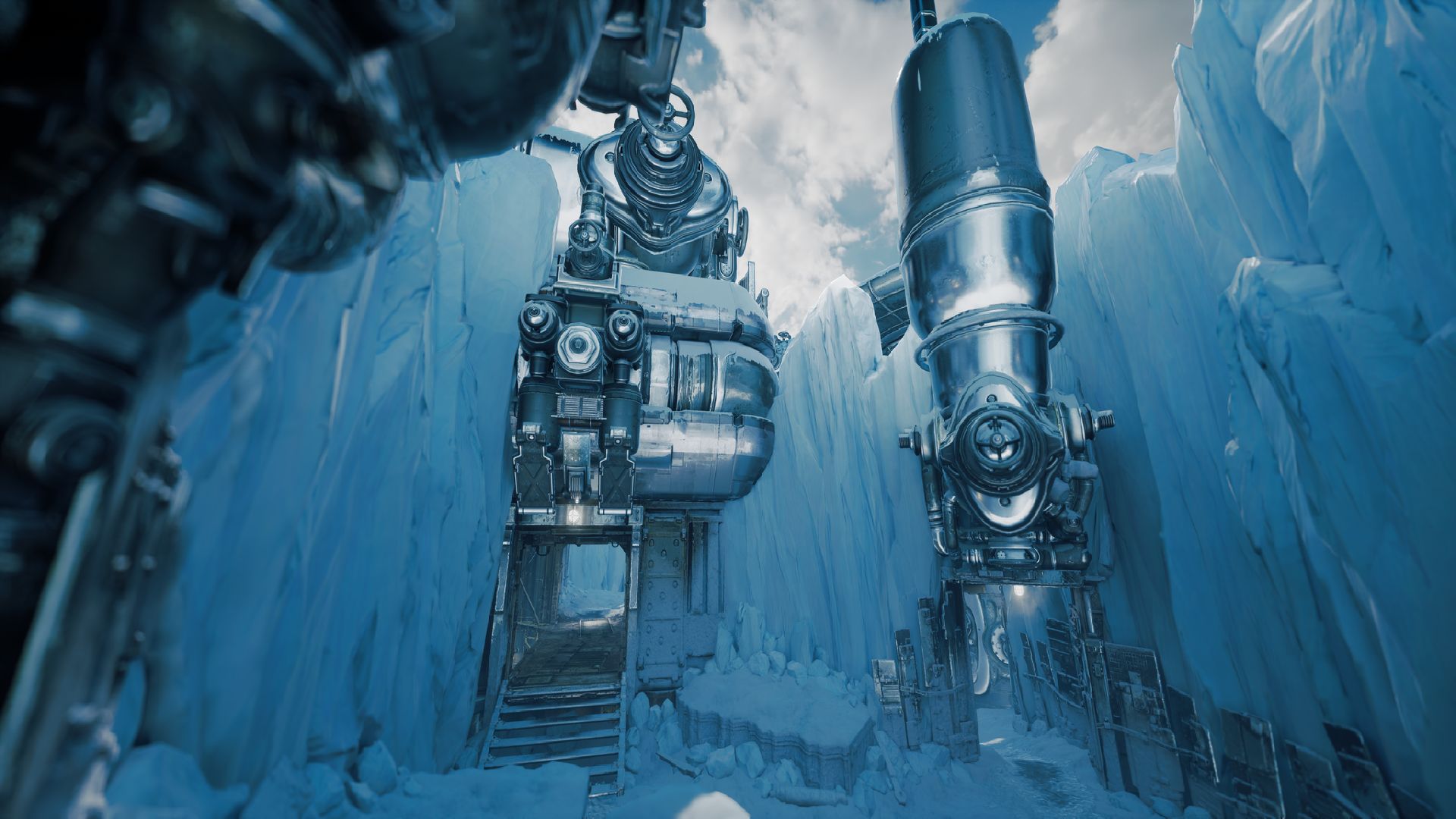 And that’s the kind of experience Project 1v1 is going for. The working title from Gearbox Software feels like the kind of twitch shooter that is a bit of throwback to the 90’s. There are a fair amount of the genre still alive in the AAA space, and the only new entries have largely cropped up as smaller indie projects. It’s important to note that the game is very early in development - Gearbox describes it as pre-alpha - so there is likely still a lot of work ahead.

The fact that the genre might already be saturated could be why the 1-on-1 nature of the game is so important. Since only two people can play at a time, my time with Project 1v1 at E3 2018 was largely spent in a lobby, as other journalists and I waited for our turn to play. We were placed in a queue in said lobby while the two active players played a five minute match. The winner of the match is determined by kills and the loser is bumped to the bottom of the queue.

While waiting for your chance to play, you can watch the current match. This is actually a good way to get better at the game and learn others' strategies. Spending time watching the current winner also gives you insight into their tendencies and learning their loadout. I could see that with a deeper understanding of the game it would be easier to alter my playstyle once I saw what another player was doing.

Said playstyle and loadouts are determined by cards. The cards determine your weapons and abilities. Each player has two weapons they can switch between and three different abilities. If you’re unsure about what cards work well together, you can choose a pre-made loadout like the mobility focused one I used, giving me a rocket launcher and railgun. There are also three different characters that we could pick from; they didn’t impact stats and were just purely cosmetic.

These characters are all pretty over-the-top and ridiculous (this is Gearbox after all). They look like they would have been right at home in Battleborn or Borderlands. The maps themselves don’t have quite the same aesthetic. There is still a lot of color in Project 1v1, but it doesn’t have quite the same animated look that previous Gearbox games had. This aesthetic is another aspect of the game that feels like it’s a throwback. The colorful art style has the same jagged lines and acute angles that I think of when reminiscing about PC titles in the late 90s and early 2000s. It’s not retro in terms of visuals, but simply in terms of the level design.

Said maps are labyrinth-like, but they are small in order to force players to quickly find each other and engage. It’s possible that you might chase your opponent around like a dog chasing its tail, but I didn’t often run into that issue. However, if your opponent doesn’t kill you, it’s totally possible to fall to your death or take damage from natural elements. Maps also usually have a catapult that can help players to quickly change floors as most maps have a least two levels of verticality to them. Paying attention is important. You’ll often need to listen for the footsteps of your opponent to track them down. 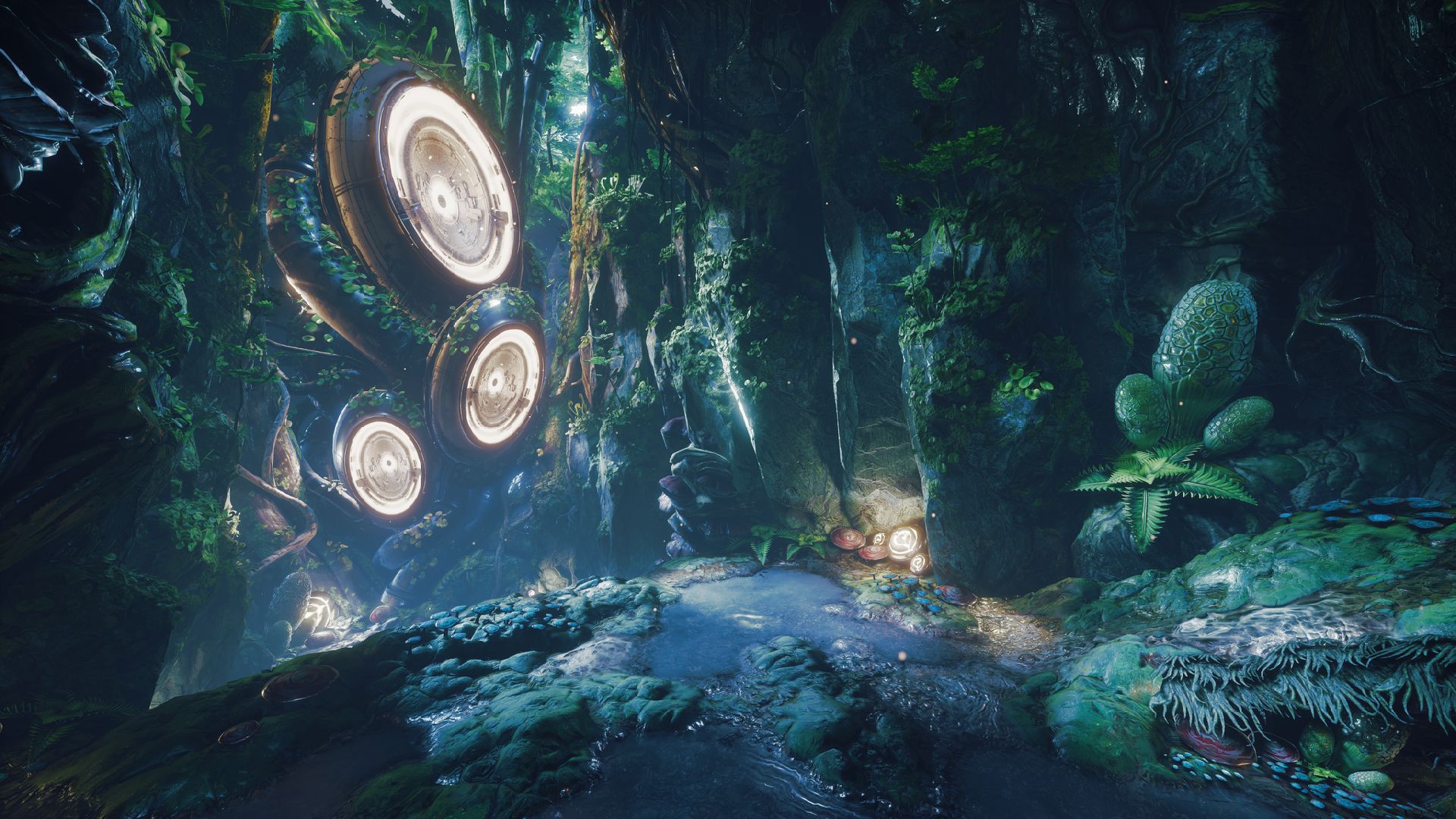 While waiting in the lobby isn’t great, the matches moved fast when you’re playing. The feeling of speed is perhaps the most prevalent thing in the game. There isn’t much to the mechanics aside from shooting, killing, and winning, but the loose physics allow for big jumps which are the easiest way to avoid enemy fire. The abilities also help and they can keep the game close. When I was falling behind to another player, a couple of my abilities that allowed me to do more damage or turn into a fireball helped me get a couple quick kills and get back in the game. The cat-and-mouse metagame of trying to bait out opponent’s abilities and choosing when to use your own is at the heart of Project 1v1.

But all too quickly the game would end and I’d be back in the queue waiting. I should have used this time to learn and improve, but it can be hard watching others play. While waiting, I felt my attention wander. I chatted about Persona 5 with other players and the development team, and listened to conversations about Super Smash Bros Ultimate. I wasn’t very focused on the action in front of me. Maybe that’s part of the design. While you’re waiting you’ll use chat to get to know your opponents and help build a community.

Still, while I couldn’t focus squarely on the matches, the game was fun. It’s engaging to leap around and fire at enemies, there were close matches where the clock was winding down and you could feel how important every kill was. There aren’t a lot of games quite like Project 1v1 - so I could definitely see the appeal. The 1-on-1 nature makes the fight more personal. There’s something personally at stake in the fight and it’s hard to blame anyone but yourself when you lose. It’ll be interesting to see what Project 1v1 looks like once it’s formally announced - or finally gets a name.