We take the latest LEGO adaptation for a spin

You’d be forgiven for losing track of just how many Lego-themed games are out there. It’s an impressive achievement for a once relatively small studio from the UK, TT Games, to have become quite the powerhouse. Then again, the same could be said about the LEGO franchise as a whole over the past decade. But for today, the next entry in TT Games’ series is LEGO DC Super-Villains, which for the first time lets you step into the plastic legs of some of DC’s most iconic villains. 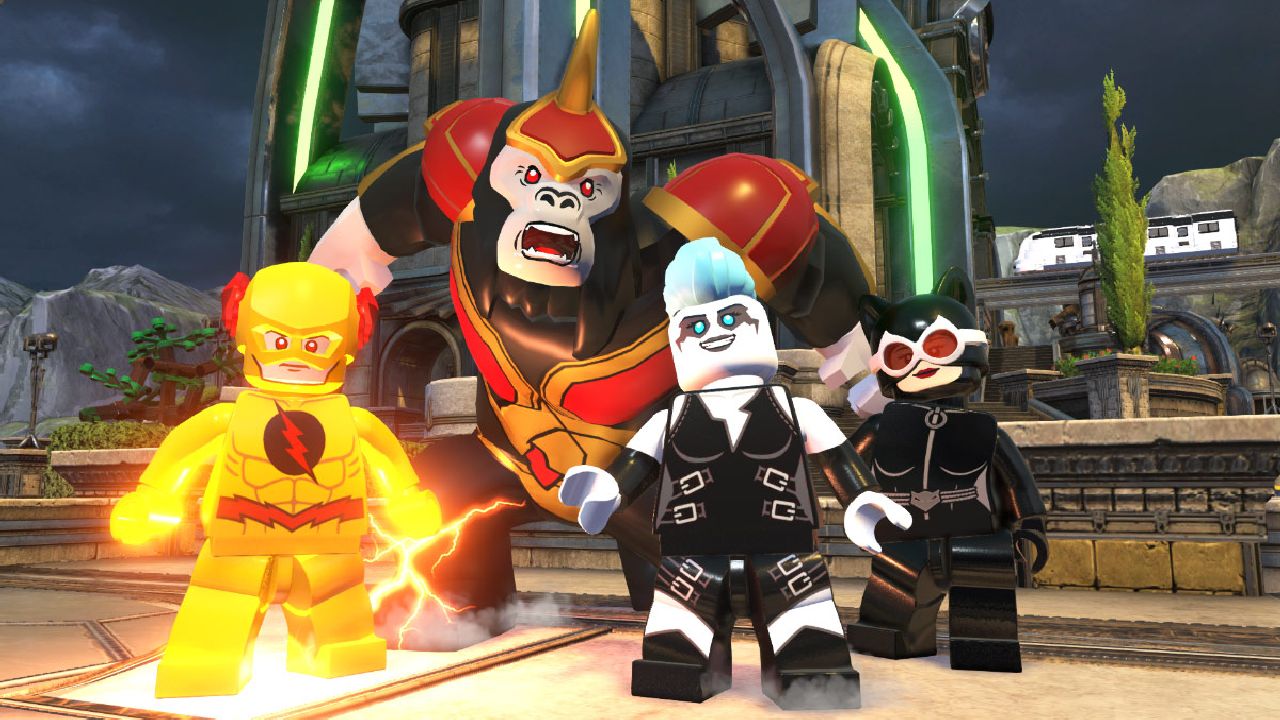 LEGO DC Super-Villains takes place in an open world within the DC universe, where the Justice League has vanished and been replaced by the Justice Syndicate. It’s your mission as a create-your-own villain to discover what this new legion of heroes want, while teaming up with well-known antagonists like The Joker, Lex Luthor, Sinestro, and more. I tried my hand at villainy in a prison breakout level where I got to control some famous faces.

At the start of my playthrough, I could create my own super villain who has been recently freed from behind bars. There are a ton of options available to you in character creation, from your starting abilities, faces, outfit, and weaponry. Like most character creation modes, you can spend an age getting the look just right. So I just hit the randomise button and ended up joining the fray as an old lady with grey hair who wields a giant greatsword. She may have got into villainy late on, but with that new metal hip she’s ready to go.

We began in a cell block breakout, which lets you get to grips with the controls. You have up to three characters at your disposal - my character, Lex Luthor, and his henchwoman Mercy. While you can attack and unleash abilities with each character, like a scatter shot or missiles, each one has a unique ability that comes into play as the stage progresses to clear various obstacles.

While beating LEGO officers of the law into coins for just doing their job, I took in the colourful world. It’s easy to dismiss the effort that must go into constructing each level because they’re all made of intricate pieces of LEGO. You can press a command prompt to, for instance, reconstruct a security panel or giant cannon, and as the pieces fly together, you could probably build that thing yourself if you have the parts. 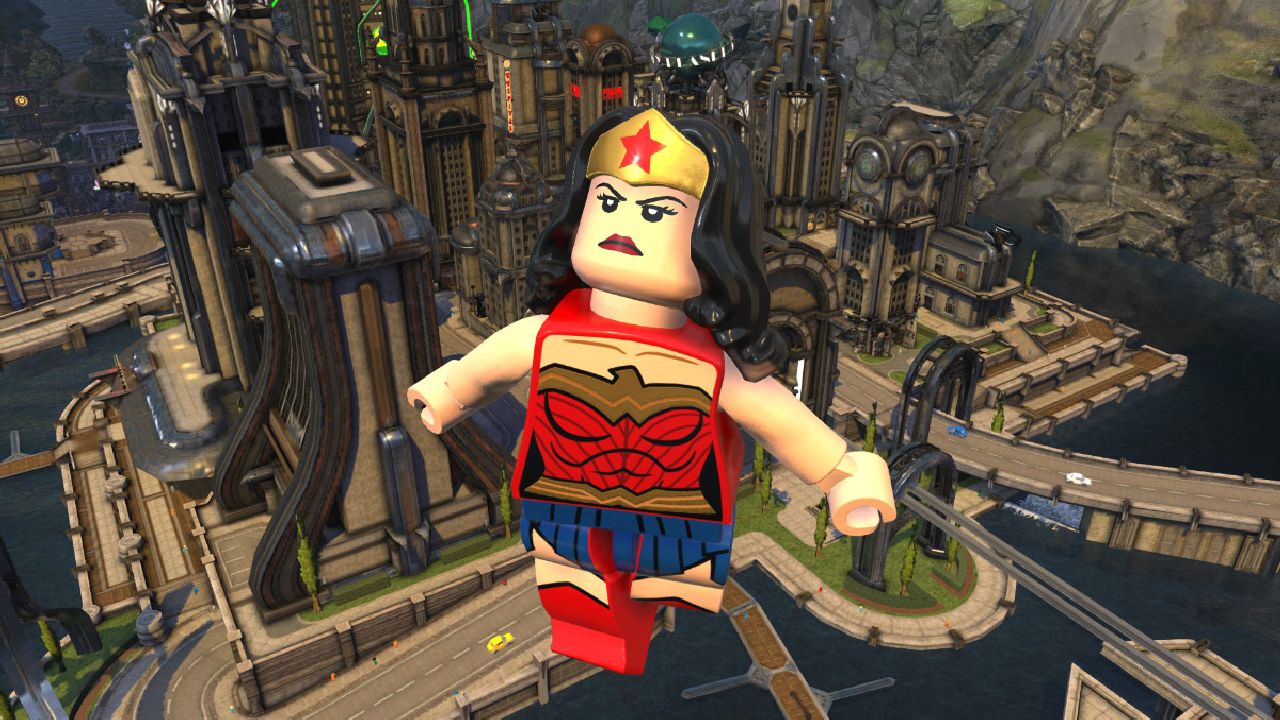 There’s a constant flow of objectives in DC Super-Villains which means there is always something you need to be doing. There’s also a helpful command prompt over your character informing you which plastic villain you need for each section of a stage. In the case of the cellblock, I needed a character that had the ability to hop back and forth against the wall, making it to the top where they could flick a switch, and that character was Mercy. Later on, hulking villain Solomon Grundy was needed to catapult Cheetah up a floor so that she could use her claws to scramble around the walls like a manic housecat racing up a curtain.

To shake things up and make each character feel unique, there are also contextual mini-games you’ll encounter. A little later on, when I was with The Joker and Harley, the former had to rally his henchmen so they could all band together to open a door. Harley, on the other hand, had to use her giant mallet to open up ways to progress through the stage. Each character has their own special skills that come into play in an enjoyable back-and-forth rhythm that means you’re always trying out new characters and getting to know them.

Throughout the playthrough, your character learns that they are somewhat unique, in that they have the power to acquire new skills. Our character learned to shoot a trail of fire that you control with the analog and use to destroy several pesky turrets getting in your way. Even in my short demo of the game, there were tons of little mini-games and inventive ways you traverse each level. The fact your character will constantly be gaining new skills that you can swap in and out also makes for tons of fun combinations.

From what I sampled of the story, this entry into the series still has the quirky PG-themed humour we’ve come to expect for the franchise, and this time they had writers from DC pitch in, too. The whole point of that prison breakout was to free Metallo from behind bars, who easily laid Superman low with his Kryptonite powers. We were soon introduced to the above mentioned Justice Syndicate. However, something seemed a little off with these heroes, so I expect the plot to get very Suicide Squad soon enough. 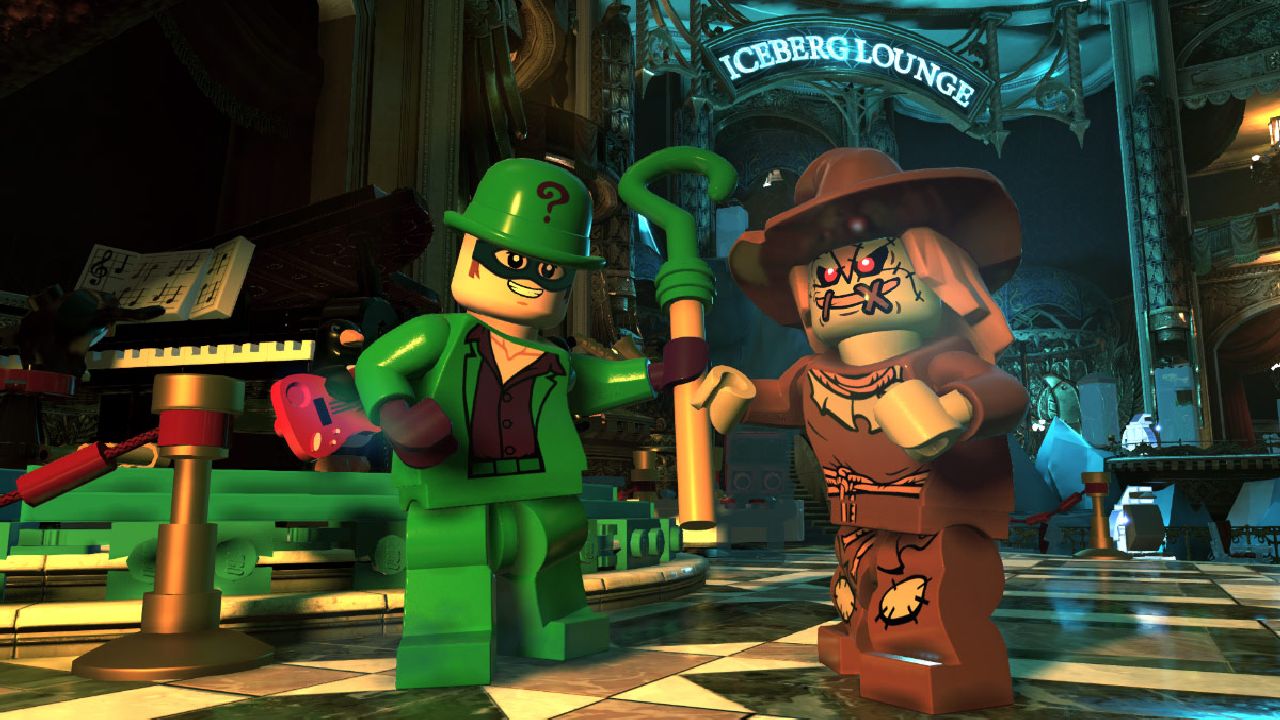 My time with LEGO DC Super-Villains was an enjoyable romp through quirky levels filled with dozens of objectives that kept the game chugging along and providing a lot of fun in the process. The sheer wealth of characters and the different ways they interact with the colourful environment builds gameplay variety in what appears to be a very solid entry in TT Games’ catalogue. And, of course, there will be a co-op mode on release so friends can play together.

LEGO DC Super-Villains is set to launch on PC, PlayStation 4, Xbox One, and Nintendo Switch in October 2018. 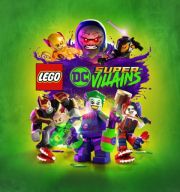