Anime universes collide for a showdown in our world

Manga properties Dragon Ball, Naruto, and One Piece have seen success and a ton of games over the years, but they’ve yet to all take to the battlefield in a singular gaming universe - until now. Jump Force takes some of the most well-known characters from these three properties and pits them all against each other to save the world in a game celebrating the 50th anniversary of Japan’s Shonen Jump Magazine. 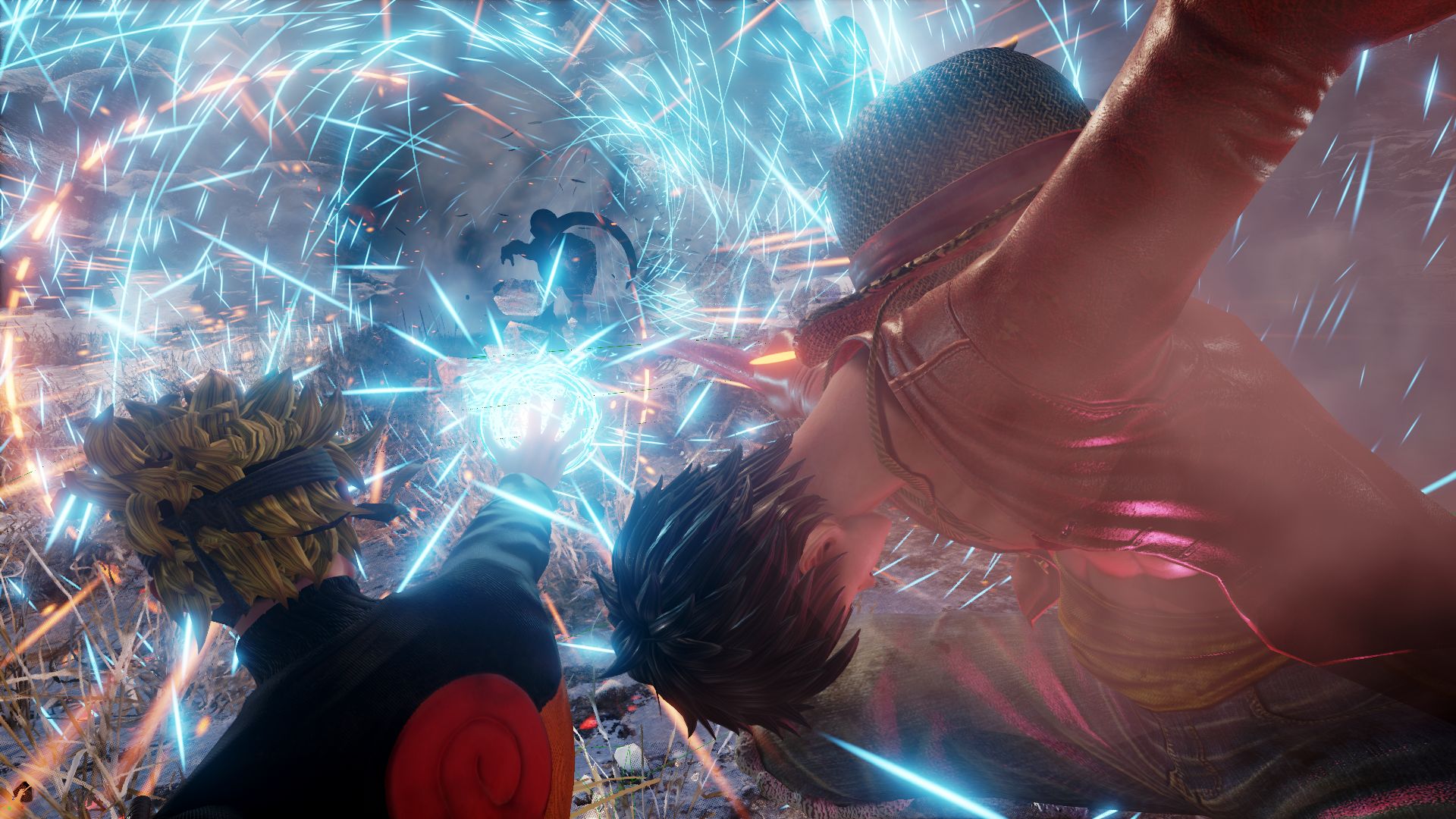 Bandai Namco is no stranger to the publishing manga-inspired brawlers, and developer Spike Chunsoft has J-Stars and One Piece: Burning Blood under their belt. However, having Spike Chunsoft develop Jump Force may come as a bit of a surprise, with the likes of CyberConnect2 and Dimps having more of a pedigree with the Naruto: Ultimate Ninja and Dragon Ball: Xenoverse series, respectively.

Jump Force posits itself as a game where the fantastical nature of the mangas meld with our realities. The worlds of One Piece, Dragon Ball, and Naruto have bled into our own, bringing with them iconic heroes to unite against an unknown evil. While there was no whiff of story so far, I was able to take some famous faces for a spin on the battlefield at E3 2018.

Battles present themselves as 3-vs-3 encounters. I started the brawling festivities with Goku, Naruto, and Luffy, but dabbled with Frieza and Sasuke, too, with the promise of even more characters on the way down the road.

Jump Force’s mechanics are fairly simple, borrowing much from, as far as my perspective goes, Xenoverse. You have light and heavy attacks, as well as the ability to dodge, rush towards your opponent, and pull off iconic special attacks. Most characters also have a special mode they can enter once their gauge has been filled - Goku will transform into his Super Saiyan form and unleash his powerful Spirit Bomb attack. 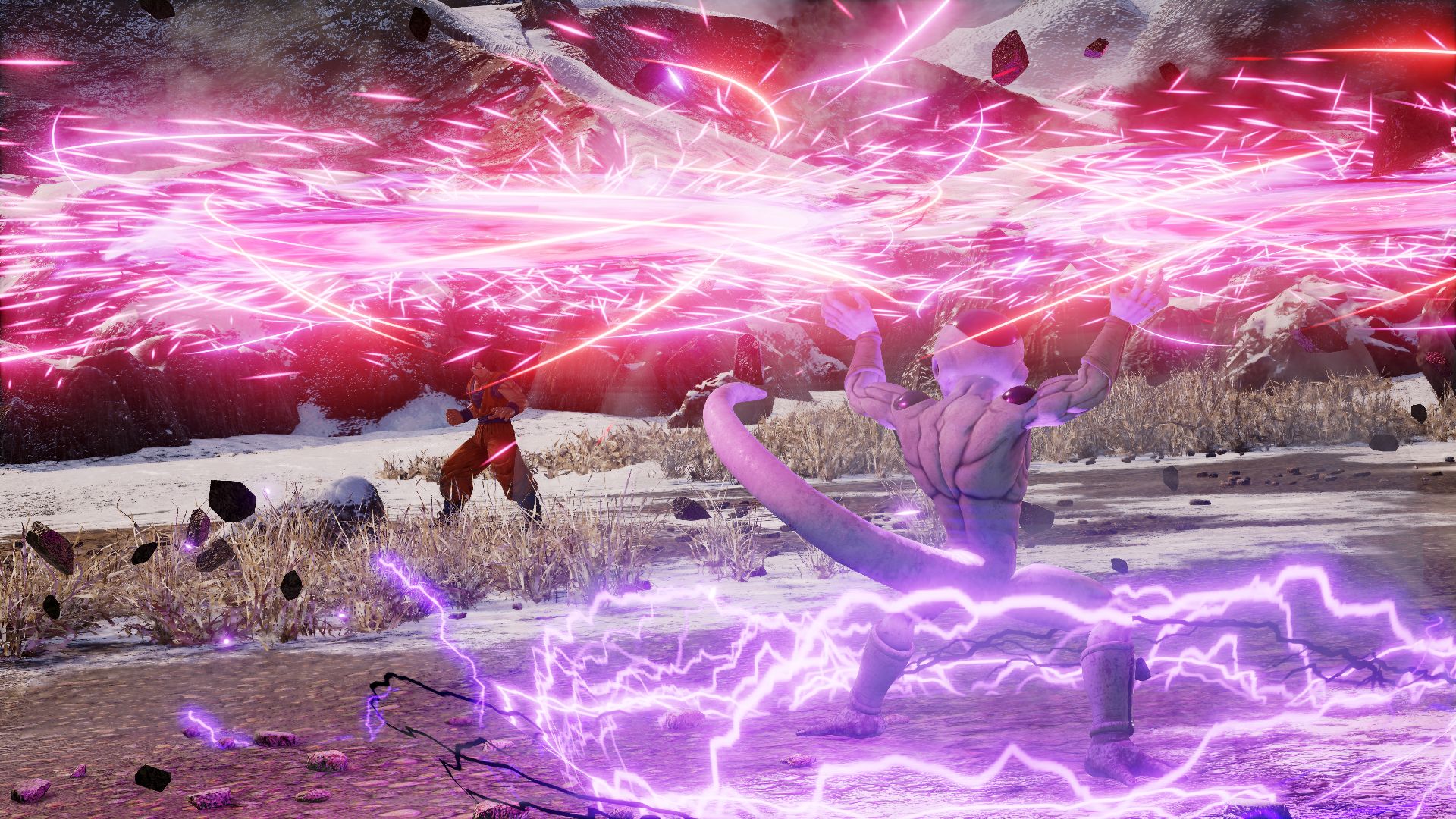 The theme of colliding worlds manifests itself as iconic tokens from the properties in our own. For instance, on the first of the two stages I sampled, Matterhorn, you can see Frieza’s ship - from Dragon Ball Z - as well as the capsule the Saiyans landed on Earth with. The second arena puts its own twist on New York’s Time Square, featuring giant, twisting tree roots from Naruto’s God Tree.

Levels are certainly well presented, though do not possess the verticality some players may be accustomed to from several Dragon Ball Z and Naruto games. Encounters do take place on a 3D plane, however, and you can smash your opponent into various environmental features. A well-placed kick can send someone hurtling into an oil tanker, spewing up a cloud of smoke and flames while doing a chunk of damage.

The nature of the mangas and the gaming installments before them dictates how the game plays - lightning fast. You’re constantly rattling off punches and kicks, booting your opponent away only to tap a button to rush into them for another volley. The ability to tag in between your characters mid-combo also allows for cool custom combinations of special attacks - if you have the energy for it. The special attacks themselves also feature stylish animation wind-ups, with a particularly cool one being Naruto’s Rasengan attack. Not to mention the classic fist-to-smooshing-cheek close-up that shonen mangas feature in spades. These animations add a nice beat to battle and let you appreciate the pain you’re about to inflict. 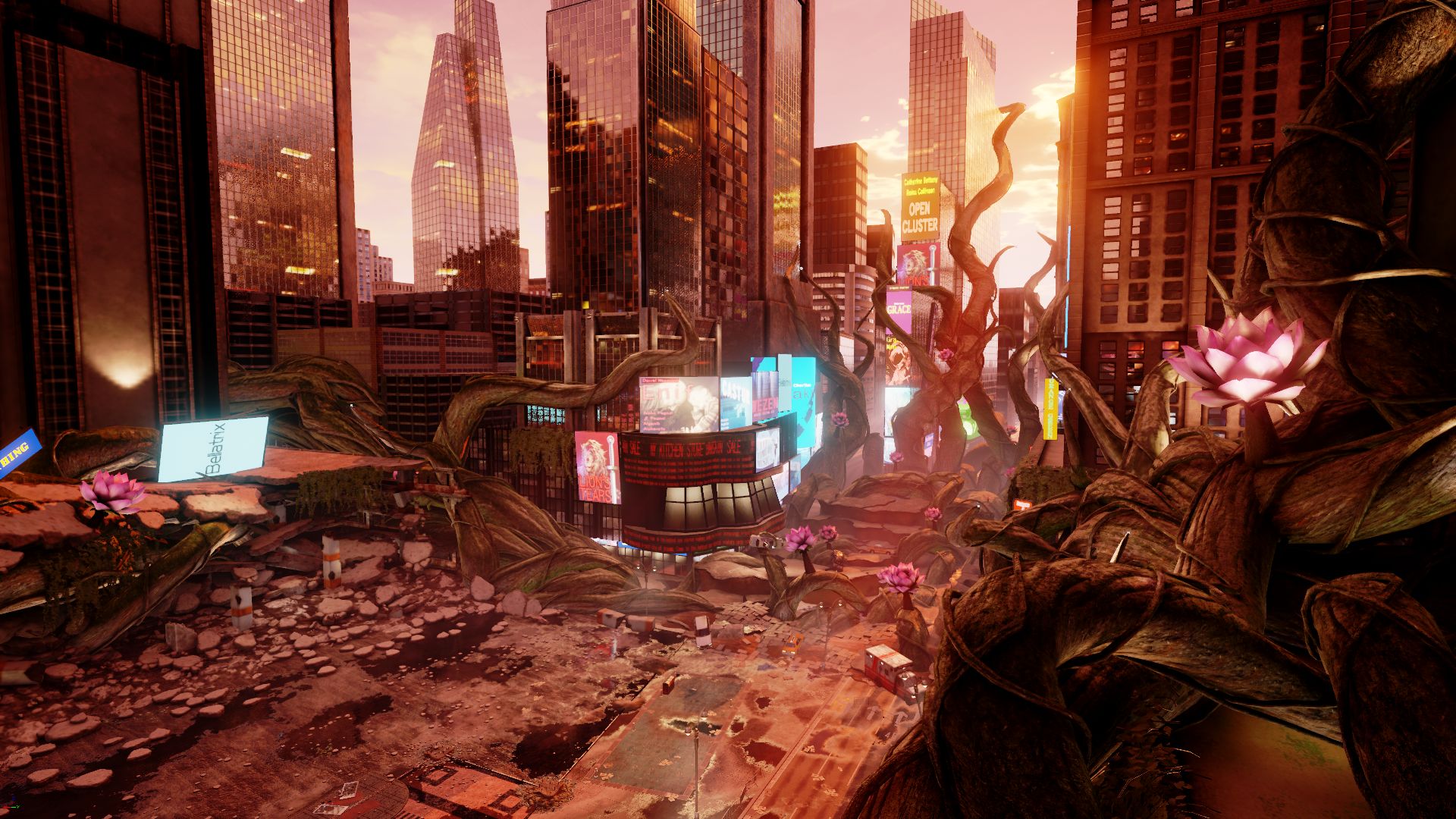 My issue with what I sampled from Jump Force is that, against the CPU, battles were extremely short - less than a minute - because health went down in the blink of an eye. Not to mention, against a human opponent, button mashing seemed like a viable option. Obviously, Jump Force seems to be focused on being accessible and, perhaps, does not have its eyes set on the same crowd who play, say, Dragon Ball FighterZ. However, it’s clear to see that there is a general gameplay feel that connects each developer’s efforts, delivering an experience fans should find familiar and newcomers find to be a fun introduction to the beat ‘em up genre.

Jump Force does not yet have a release date, but it will launch on PC, Xbox One, and PS4. 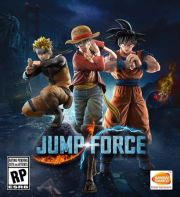 All videos for Jump Force (7)
Advertisement ▼