This sequel to the 2008 shooter brings a stronger singleplayer campaign than before, but truly shines in its multiplayer 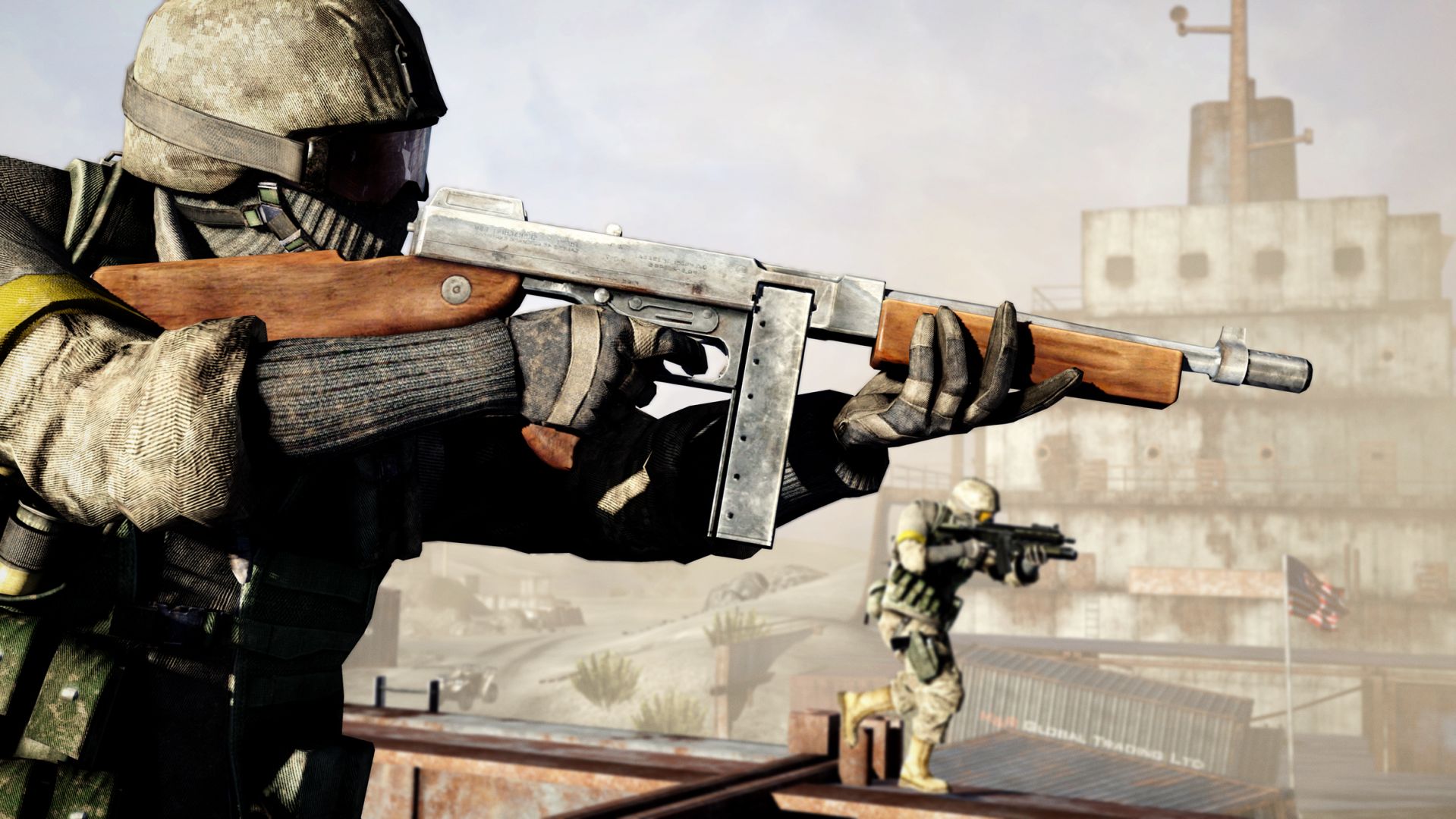 Bad Company’s original cast of characters returns in yet another single player adventure. The first title’s campaign put players in the middle of a ragtag group of expendable troops on the hunt for mercenary gold. The game’s unique focus on humor and interesting storyline made the whole experience feel more like Raiders of the Lost Ark than Saving Private Ryan, which, in my opinion, was quite refreshing, especially in a genre bursting at the seams with serious, gritty, and begging-to-be-cool games.

Thankfully, much is the same in Bad Company 2. The singleplayer campaign sends players on a romp across the globe looking to hunt down a mysterious ultimate weapon that has its origins in World War II Japan. The atmosphere jumps quite deftly between a foreboding episode of Lost and something out of the Uncharted series. These interesting turns in the plot as well as the loveable characters will keep you playing long after the tedium of dying repeatedly and shooting just a few dozen more Russians with rocket launchers sinks in.

This is not a perfect singleplayer campaign by any means. In fact, it’s more fitting of a rental than it is a full retail purchase which is unfortunate but still something for DICE to be proud of considering its only their second stab at the whole story thing (as you’ll recall most of the former Battlefield titles lacked a true singleplayer campaign). Luckily though, the multiplayer has been revamped, upgraded, and given the full Battlefield treatment this time around, making a purchase seem like one of the best entertainment deals in decades.

With a total of four game modes playable at launch (if you pre-ordered, that is), Bad Company 2’s multiplayer experience is a full-fledged component fitting of the Battlefield name. The Conquest game type makes its return from the other past titles of the series and is met with Rush, a game mode pitting attackers against defenders across a series of destructible points, Squad Deathmatch that pits 4-man squads against one another in a pure deathmatch, and the pre-order exclusive (for now), Squad Rush, which is a four-on-four variant of the previously described Rush. All of the game modes are available in Hardcore mode as well, something that will be familiar to any Call of Duty players (or after this game, former Call of Duty players) out there. 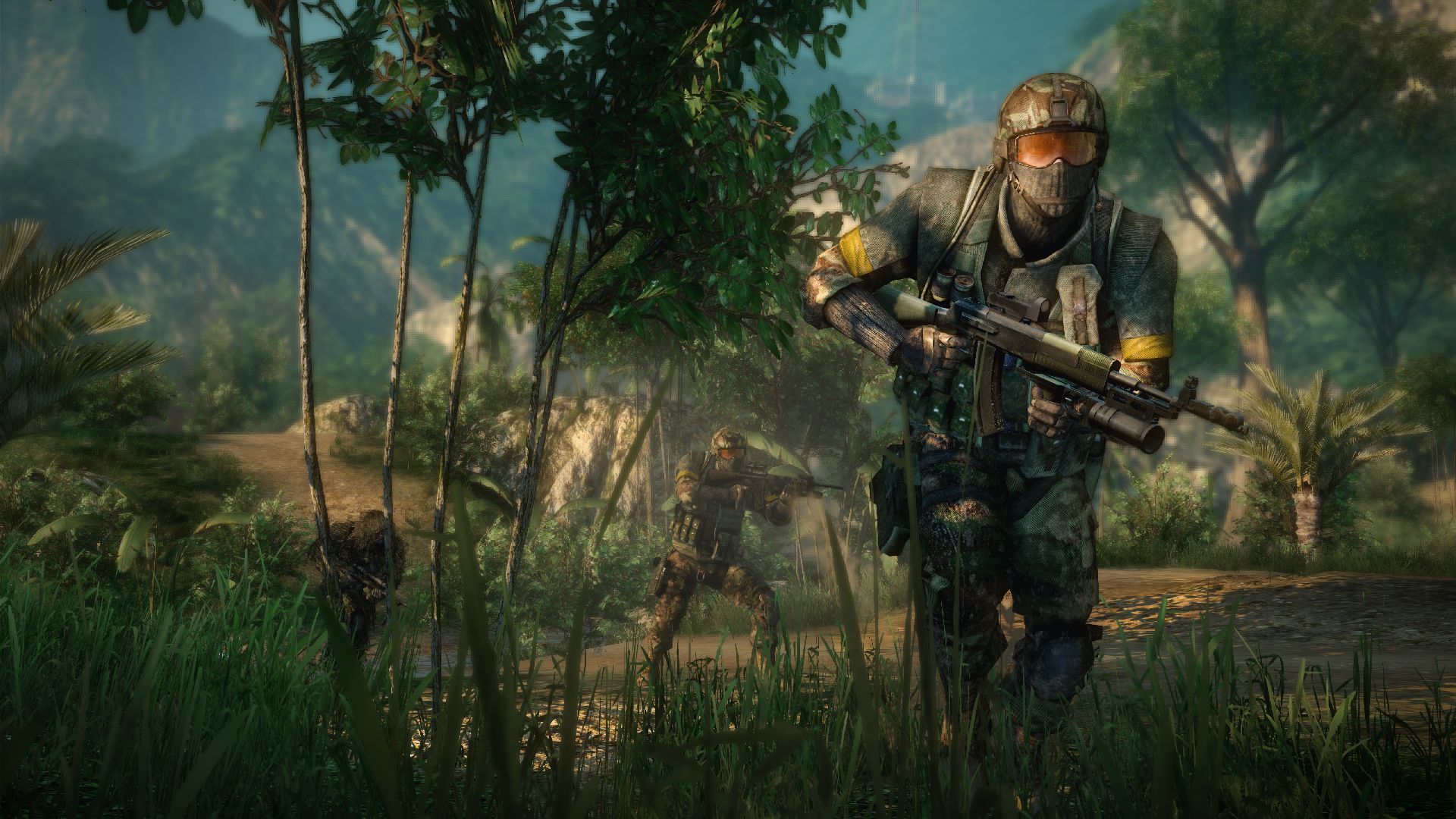 All of the Battlefield standards are here plus some new additions: tanks, jeeps, quads, Sea-Doos, helicopters, UAVs, stationary AT cannons, and machine gun emplacements. Players are organized in 4-man squads capable of spawning off of one another mid-combat. Players that choose to team up will also gain added experience points for working together as well as the indispensible voice chat. Vehicles control well, although some of them can take some practice before you’ll really be tearing things up. The ability to spawn on your squad mates keeps running across the battlefield from spawn at a minimum while allowing the 24 player matches to feel extremely populated, at times almost as much so as something like MAG which features 256 players in a single game. In-squad voice chat keeps the airways clean of your entire team, allowing you to focus on your objectives and communicate easily with your squad. This is a bit of a double-edged sword though as there are times I wished I could tell a tank driver who was not a member of my squad I was coming to repair him or warn a fellow team mate that someone was about to knife him in the brain stem.

The best component of the multiplayer and the thing that will keep players fighting for weeks, if not months, to come is the leveling-up mechanic. Although earlier Battlefield titles such as Battlefield 2142 had a similar system, Bad Company 2’s leveling mechanic feels polished and absolutely spot on. That next player level or class upgrade always seems to be just around the corner and never so far off that it feels pointless to play on towards it. Each player has a rank. When they rank up, they are granted new abilities, skill upgrades, and weapons (normally shotguns) that can be used when playing as any of the four available classes. Within the ranking up system, you also unlock upgrades and essentially level up within each of the four specific classes. It is in this way that you unlock better submachine guns for your engineer or increase the healing capabilities of your medic. This system works well because it has both a high number of unlocks to keep the player feeling rewarded but it also allows the players to choose what they want to unlock, minimizing the chances of unlocking something they’ll never find themselves using. Don’t like sniper rifles? Then don’t play as a sniper and focus on unlocking guns you’ll actually use.

In Bad Company 2, great gameplay is matched with great graphics and an amazing real-time destruction engine Frostbite 2.0. Player models are wonderfully detailed and easily distinguished both between the two opposing forces but also by their class, which can be very important in the middle of a firefight (Insider Tip: Kill medics first!). Maps are extremely well designed and interestingly detailed, making them a joy to inhabit rather than tedious to navigate which could have easily been the case considering the massive size of many of the game’s multiplayer maps. 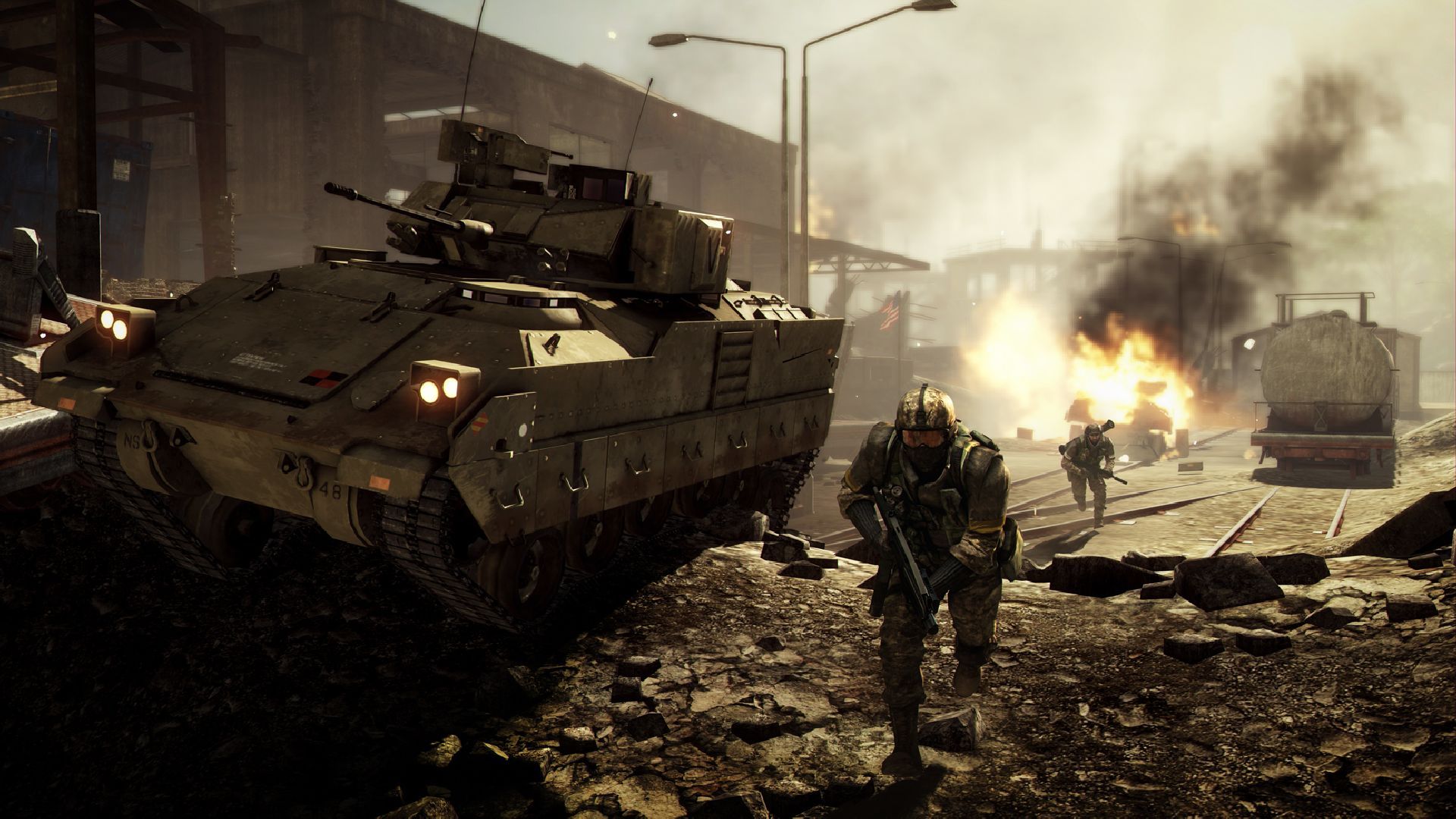 The Frostbite engine has returned, making both single and multiplayer entirely innovative experiences. See an enemy run for cover inside a nearby building? Why not switch to your 40mm grenade and just blow the wall out? Got some bothersome enemies hidden up in the attic of a house near your base? Why not throw some C4 on the load-bearing walls and turn the whole building into rubble, killing all the enemies inside? It’s all possible thanks to the absolutely insane destruction mechanics. After truly experiencing what can be done on this ever changing Battlefield, it’ll be hard to return to any older FPSs and not feel them suddenly to be limited in their true gameplay potential.

Here’s the bottom line: Battlefield: Bad Company 2 is this generation’s definitive modern warfare experience. With a singleplayer campaign that embraces a unique sense of adventure and humor and a multiplayer component that has boiled down the best components of the Battlefield franchise and then allowed them to grow entirely on their own, this is not a game that FPS fans, PC and console gamers alike, will want to miss. Try it for the singleplayer, but buy it for the multiplayer. You won’t regret it.

Our ratings for Battlefield: Bad Company 2 on PlayStation 3 out of 100 (Ratings FAQ)
Presentation
95
Great graphics coupled with a stunning real-time destruction engine and a sleek UI makes this one of the best looking shooters around.
Gameplay
88
There's a ton of great gameplay to be found in the solid shooting mechanics, variety of game modes, array of vehicles, and slew of game environments.
Single Player
75
Despite its strong cast of characters and great set pieces, Bad Company 2's single player campaign suffers from an unoriginal storyline and problematic cutscenes.
Multiplayer
95
To put things as simply as possible: It might as well be called Battlefield 3. Huge weapons, class, vehicle, and game mode options make this game a must play for team players everywhere.
Performance
85
Suffering from a few small bugs scattered throughout the multiplayer and somewhat problematic server downtimes, Bad Company 2 plays and runs well with only a few minor complaints.
Overall
88
Battlefield: Bad Company 2 is one of the best FPSs in years. Although the single player may only be rental worthy, the multiplayer is worth the price of admission alone. Do yourself a favor and don't miss this one.