Cryptic is at it again, but does Star Trek Online boldly go where no other MMO has gone before or is it just more of the same old stuff?

Star Trek Online was released for PC on February 2, 2010. This review is based on 20 levels of Federation play and 14 levels of Klingon over the game’s first month of release.

MMOs are a dime a dozen nowadays with countless companies hoping to become the next big thing, grabbing some of that huge chunk of change that is World of Warcraft. Cryptic Studios is a developer that already has several MMOs under its belt including the long-running City of Heroes and not-so-critically-acclaimed Champions Online. Common to Cryptic’s first two entries were initially exciting and different gameplay mechanics that later fell victim to that MMO grind and general tedium. So does Star Trek Online step things up a notch or fall right back into Cryptic’s old problems? 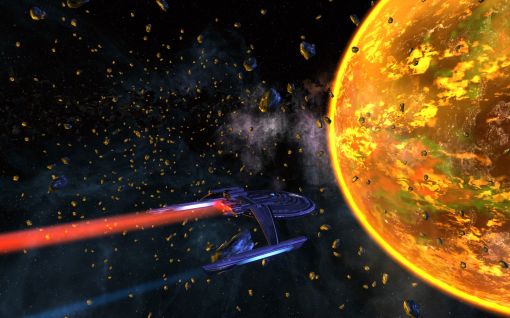 Star Trek Online has been a long time in the making. Initially in development for about 4 years with Perpetual Entertainment before the studio filed for bankruptcy, the game was essentially cancelled, the property passed along, and the game remade by Cryptic over the next two years. With all this changing of hands and its lengthy development cycle, it’s a wonder that Star Trek Online was ever released at all. Not entirely surprisingly though is the hodgepodge feeling seen throughout the game with some strong portions and others so poor you’ll have a hard time believing it’s 2010.
Starting with one of the strong points (although it’s a somewhat shallow one), Star Trek Online can be an absolutely breathtaking game at times in terms of visuals. The space environments are well detailed, interestingly designed, and diverse enough to keep most players panning the camera around to view a distant moon or asteroid field for weeks. Although the ground environments tend to be quite bland and extremely under designed at times, every once in a long while a planet will come along that’ll similarly take your breath away for a moment. 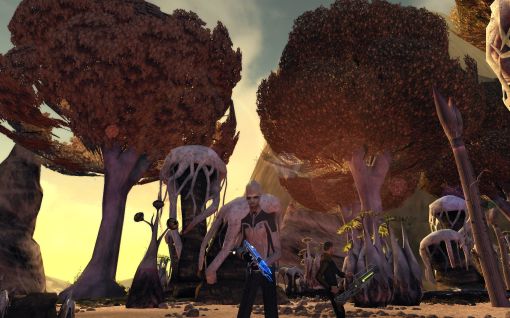 Ground environments can be detailed from time to time but tend to be bland and entirely unimaginative.

Like most all MMOs but not necessarily all that much like Star Trek, Star Trek Online is all about combat, especially on the Klingon side of the gameplay. Space combat is interesting, exciting, and filled with wonderful bits of Star Trek lore, sounds, and visuals. It is quite simply the most well designed portion of the game and where most players will wish to spend a majority of their time. Although it can be played as simply as any other MMO combat system, it has layers of depth that can make both single and multiplayer experiences much more exciting and visually interesting.
Players have full control over diversion of power to weapon, shield, and auxiliary systems, the ability to use different members of their crew like traditional MMO skills, alter their throttle, steer fluidly with both the mouse and the keyboard, and direct themselves and enemies in different directions to fire both fore and aft weapons (which is very reminiscence of games like Sid Meier’s Pirates! and the MMO Pirates of the Burning Sea). It’s easy to see that a lot of thought went into making it feel like traditional Star Trek combat while keeping the player invested in each and every action.
12Next 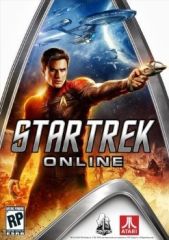