Although the graphics start to shine when playing as the menacing Alien, more bad qualities come to the surface. One very short sequence featured a vent with a huge fan sucking air upwards in a wind tunnel. Rebellion carefully demonstrated this was a deadly obstacle, but then simply sealed the door behind me. Fervently I searched for a vent to destroy a power node; next I tried to find a switch to give me alternative access. No luck with either so I tried to cling to the sides of the wind tunnel with my razor sharp talons only to be sucked upwards with impressive force. Peering across I noticed a vent was visible in focus mode; all I had to do was simply highlight the vent and click the transition button to leap (float?) across the still high flowing wind tunnel to safety, ridiculous. There are more examples of overlooked gameplay segments mixed in between a very short series of stealth focused areas. Perhaps the Predator campaign can salvage something from this mess. 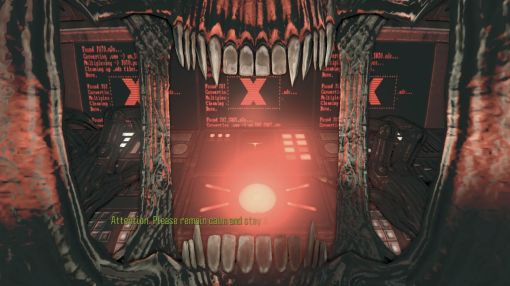 Stuck in the middle in terms of game length the Predator campaign does prevent the entire single player game from being a train wreck. Again you will be using stealth which means you’ll want to keep the cloak on and use your highly restricted shoulder cannon to send a message to the ground hugging Marines. Strangely shaped trees will aid you in leaping between the canopy and you can also throw your voice to flawlessly distract idiot Marines. Marines will jump enthusiastically to attention and head straight to where you direct them to making separating them and executing the instant kills extremely easy. You can just walk up behind them and rip their silly skulls from their puny little backs and watch as their tongues twitch in front of you. “Don’t let your guard down,” a Marine calls out as I charge up my shoulder cannon.
The combat for the Predator is actually a fairly good hybrid of weaponry and melee. The shoulder cannon can actually be awesome although sadly limited on ammo. Locking on in stealth and watching Xenomorphs or Marines explode brings satisfaction. Another great weapon of the Predator is the instant kill spear that makes light work of the frustrating combat androids from the Marine campaign. Using the disc weapon is certainly hit or miss, dangerous if it hits but hard to control when you are being chased by a handful of Aliens. Once again you’ll jump your way across some of the same levels you saw in the previous two campaigns. At the end of the Predator campaign there were definitely less negatives to add to my growing list but it was time to try some multiplayer. 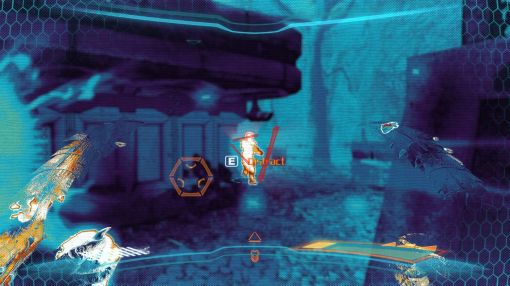 The good news is that after playing multiplayer the single player felt like a tutorial instead of a complete single player game. Most of the same gameplay from the single player is retained without any of the dumb AI, poor pacing or repetition of the campaign. Certainly gratification rises when you score successful kills as any of the species against real human opponents. The balance between the three species feels quite natural in this multiplayer environment. There are some quite large and good looking multiplayer levels that work well with the game modes and yes many levels are taken from the campaign.
Prev1234Next