A uniquely melodic platformer, though it falls a little flat

If you could point to a title that would be the gaming equivalent of Xanax, Zoink Games’ nature-themed indie adventure would be one that comes to mind. Fe, the first entry from EA’s indie publishing line known as EA Originals, takes the player on a calm and peaceful ride by stripping many complexities found in most games. Instead it relies on pure exploration, light puzzle solving, and basic interactions for the bulk of its gameplay. It also provides a majestic backdrop of interestingly obscure visuals and soothing melodies that help paint the scene. This is all well and good, but whether or not the gameplay holds up is something of a different story… 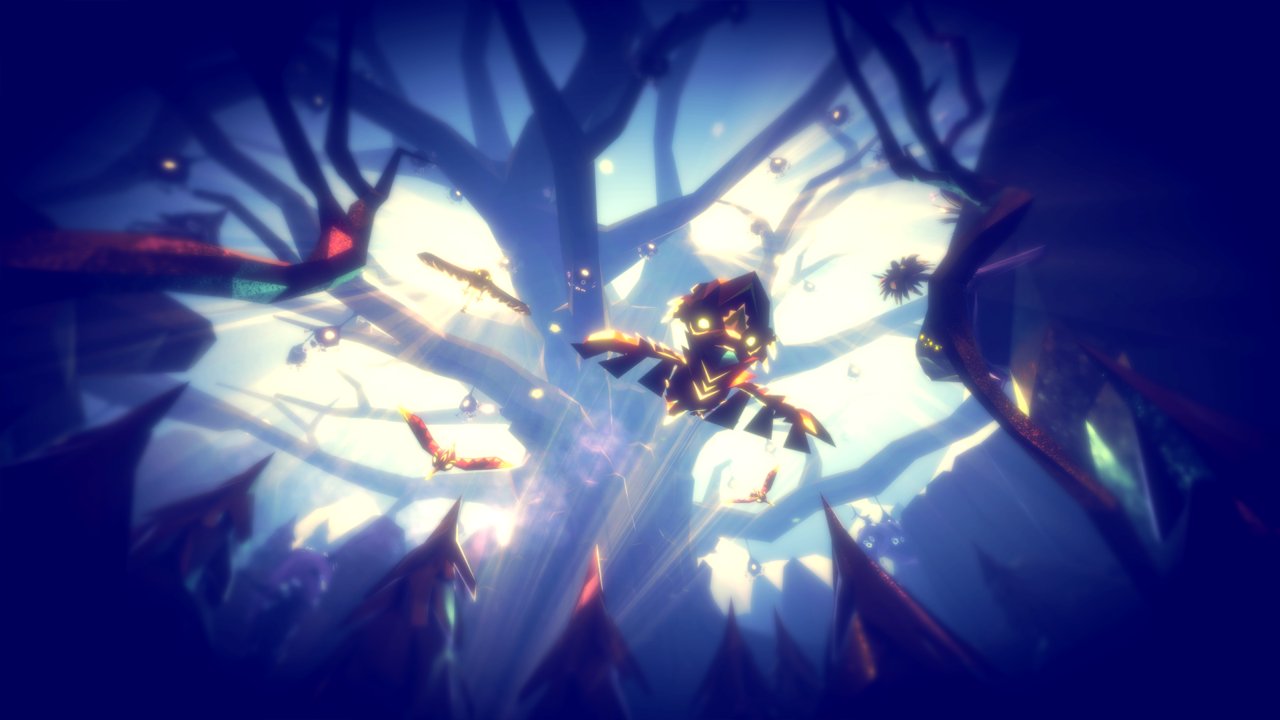 At its core, this is essentially a basic 3D platformer with subtle stealth and puzzle elements interwoven throughout - I can’t help but think of the “lite” version of an N64 Rare platformer when drawing comparisons. Indeed, Fe leans heavily on an artsy, experimental approach; but it does so to the point where it relies more on style than substance. To its credit, its style and concepts are interesting at least. The game produces a distinct feel that’s both serene and a touch eerie; aided by its trippy, dark visuals, enriching classical soundtrack, and its subdued nature. At the end of the day though, while I did appreciate the atmospheric and artistic sensibilities, I just wasn’t having much fun while playing Fe. Neither did I feel much incentive to return, which I suspect is thanks to the lack of depth or complexity throughout.

You play as an odd, wolf-like creature who roams a forest containing polygonal graphics and a shadowy overlay that’s stylistically and tonally similar to Zelda’s Twilight Realm. You’re told or shown very little underlying the game’s story, nor are you even exposed to many mechanical details or objectives. You’re simply dropped into this surreal environment and - outside vague waypoints and a few blurbs covering the basics - the game basically leaves the rest to you. Once you find your bearings though, the journey proves rather simple anyway, especially after gaining the ability to summon a small bird that shows you precisely where to go next.

Your primary tool is the universal language of song, which you use to communicate with a myriad of plants and animals. This serves as the game’s central theme, as well as your essential means of progression. You begin with a single song; a wolf howl, and unlock more as you delve deeper into the meadows. Each song aids you in various ways or allows you to access new areas, and must be “synced up” with others by experimenting with degrees of pressure on the R trigger until the sweet spot is found. 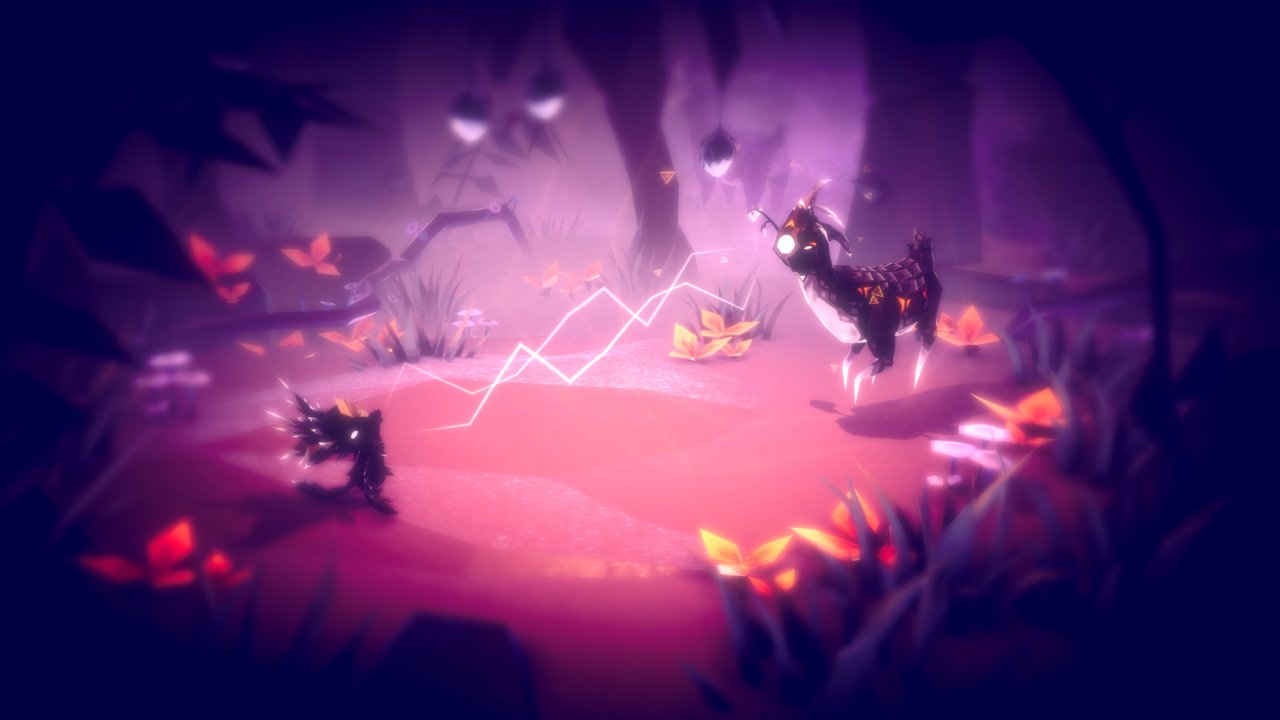 These songs - which are basically just animal noises that contain a few pitches - are the glue that ties everything together. Aside from jumping and flying around, snagging collectables, and scrambling into bushes to evade foes, this is the main activity you’ll partake in; and you’ll be doing it often. You might, for instance, sing to a flower which prompts it to blossom and propel you into the air, get an owl to fly you over a gap, or call on a bear to help you take out a troublesome foe. These events can lead to some amusing interactions, and further drive home one of the game’s underlying themes of connection and communication. As you howl, chirp, and yelp your way across the forest, you gain more abilities, making you more efficient and granting you access to additional areas. This is essentially the formula used throughout; it’s pretty straightforward, and makes for a relatively quick campaign, even if you seek out the smattering of collectable gems and runes to illuminate.

The plot is similarly basic, much like the minimalist art style; its tomb of secrets certainly invokes the imagination - like a partly blank canvas beckoning you to fill in the gaps. It utilizes visual storytelling in a way that is subdued almost to a fault, though it provides just enough intrigue to string you along. A recent comparable example that comes to mind would be Playdead’s Inside. Much like in that adventure, you’re basically shown and guided through the plot by experiencing it rather than being told in words. This kind of somber, silent ambiance of the narrative - or lack thereof - makes the piercing howls of the animal songs all the more impactful.

What are we shown about the plot? Not much - at least in the early scenes - other than the fact that a race of mechanical alien creatures have invaded, and are terrorizing the creatures of the forest. Known as “The Silent Ones,” these ominous creatures seem to be on a mission to, well, silence, and cage our hero along with any of our animal friends that get in the way. Much of their story and motives, as well as any significance of our singing protagonist, are only briefly alluded to or absent altogether. The only real form of a traditional narrative comes in the form of vague cutscenes that trigger when gazing through orbs scattered about, which allows us to briefly look through the eyes of these aliens. Like much of the gameplay itself, these scenes are unfortunately pretty slow-moving and uneventful. 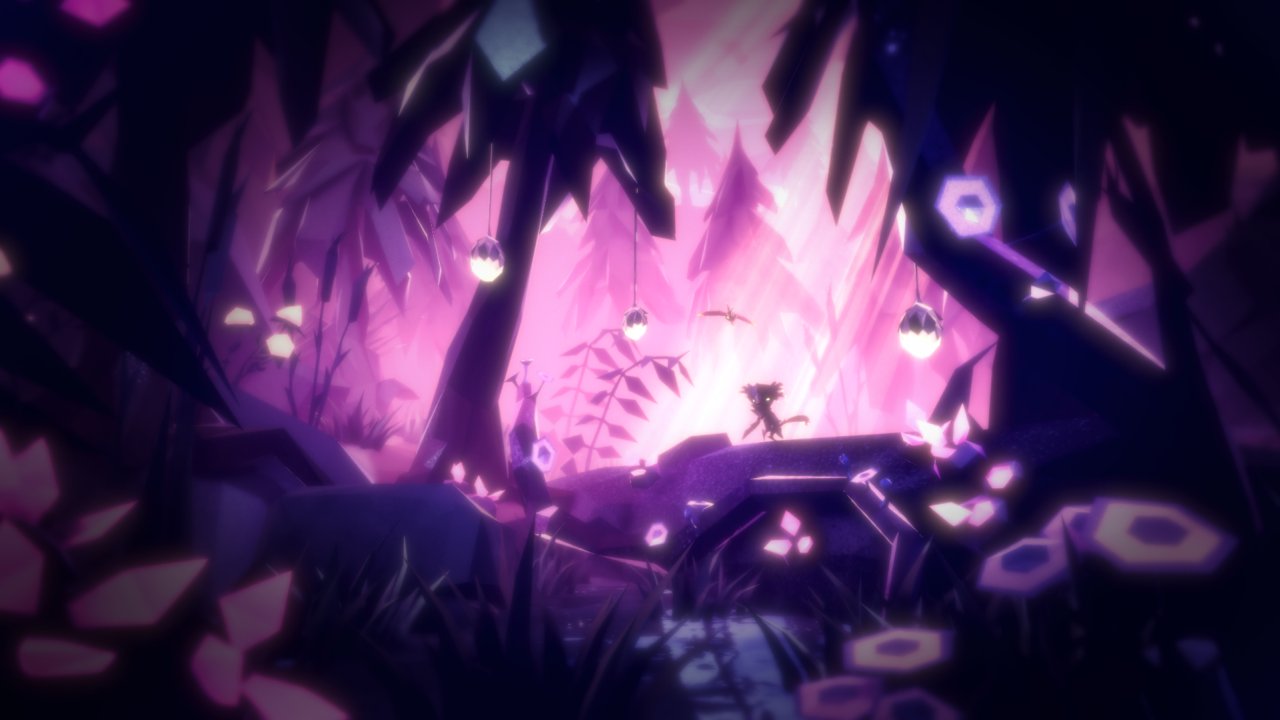 That’s not to say the experience is a total drag, though. Wandering these strange looking meadows did invoke a sort of childlike sense of wonder as I never knew quite what to expect next. The quiet, ambient atmosphere kept me relatively engaged and focused in an almost meditative-like state. It was also quite satisfying picking up a new song which suddenly changed the dynamics of the gameplay, opening new abilities and avenues of exploration. Certain mechanics like tree hopping, gliding, and being launched skyward from flowers did offer gasps of fun and exhilaration. However, the mechanics and overall flow of the movement came across as janky and stiff at times, which tarnished the experience a bit.

Overall, Fe is a mixed bag that will likely have potential audiences split. Those who value artistic flair and an immersive journey rife with a rich sense of atmosphere will probably get more out of this than I did. This odd platformer may also click for a mellower breed of gamers who enjoy a relaxing virtual ride. If you’re like me though, and you tend to favor more action-oriented romps chalk full of in-depth and exciting gameplay, you may want to look elsewhere.

In some respects, I did appreciate Fe’s subdued, stripped down nature, the trippy art style, and the unique twist of using simple song tones to interact with the environment - at least in theory. Yet, gimmicks aside, much of my experience just felt lackluster and dull. Despite containing some smooth-flowing, undiluted gameplay and a pretty short campaign, Fe still managed to feel like a slow-paced drag more often than not. I can’t say that there’s anything definitively, game-breakingly wrong with Fe; it’s just that it hardly excels in any areas, nor does it really flesh out the concepts it toys with. The result is a title that stands out stylistically, but underneath the glitzy surface lies a platformer that’s just OK.

Our ratings for Fe on Xbox One out of 100 (Ratings FAQ)
Presentation
65
The soundtrack contains some epic, rich compositions that engulf you in its distinct atmosphere. The aesthetics stand out a create a sense of wonder - though environments verge on bland and lack diversity. The polygonal graphics look almost mechanical, clashing a bit with the nature theme.
Gameplay
60
The game eases you into its mechanics, which work for the most part, though the movement can feel a little herky-jerky at times. Interacting through song and triggering new abilities are enjoyable at first but don’t quite hold up long term, and there’s little else of substance to pick up the slack.
Single Player
60
A mixed bag - I liked the seamless narrative experience and the emphasis on exploration. Yet there’s plenty of down time that makes the pacing feel like drag - a bad sign considering how short the game is. There’s also little to entice you to return for future playthroughs.
Multiplayer
NR
None
Performance
65
The game played alright in my experience, though there was the occasional jarring drop in framerate.
Overall
62
Fe feels like an experimental platformer trying to make an emotional statement. It leans heavily on the gimmick of using songs to interact with nature, but if you're not floored by this angle - there's not much else for you. 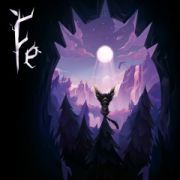 All videos for Fe (4)
Advertisement ▼