An overbearing dose of nostalgia doesn't elevate the experience

I’m not a huge fan of the 80’s, but I’ve always found it fun to enjoy the era as other people see it. Crossing Souls loves the 80’s - it absolutely adores the decade. And it doesn’t just love the obvious touchstones that are common place in stories like Stranger Things, Ready Player One, or Super 8 - it loves the video games of the time. While we’ve seen plenty of references to The Goonies, E.T., Back to the Future, G.I. Joe, Stand By Me, Transformers, Poltergeist, and plenty of other decade staples, we haven’t seen media explore the golden age of gaming. This is where Crossing Souls puts its unique stamp on 80’s nostalgia. From unforgiving platforming, to side scrolling beat ‘em ups, to LucasArts adventure games, Crossing Souls is trying to pay homage to a lot of genres. It’s ambitious and bold, but it’s also something that is totally outside of developer Fourattic’s grasp. 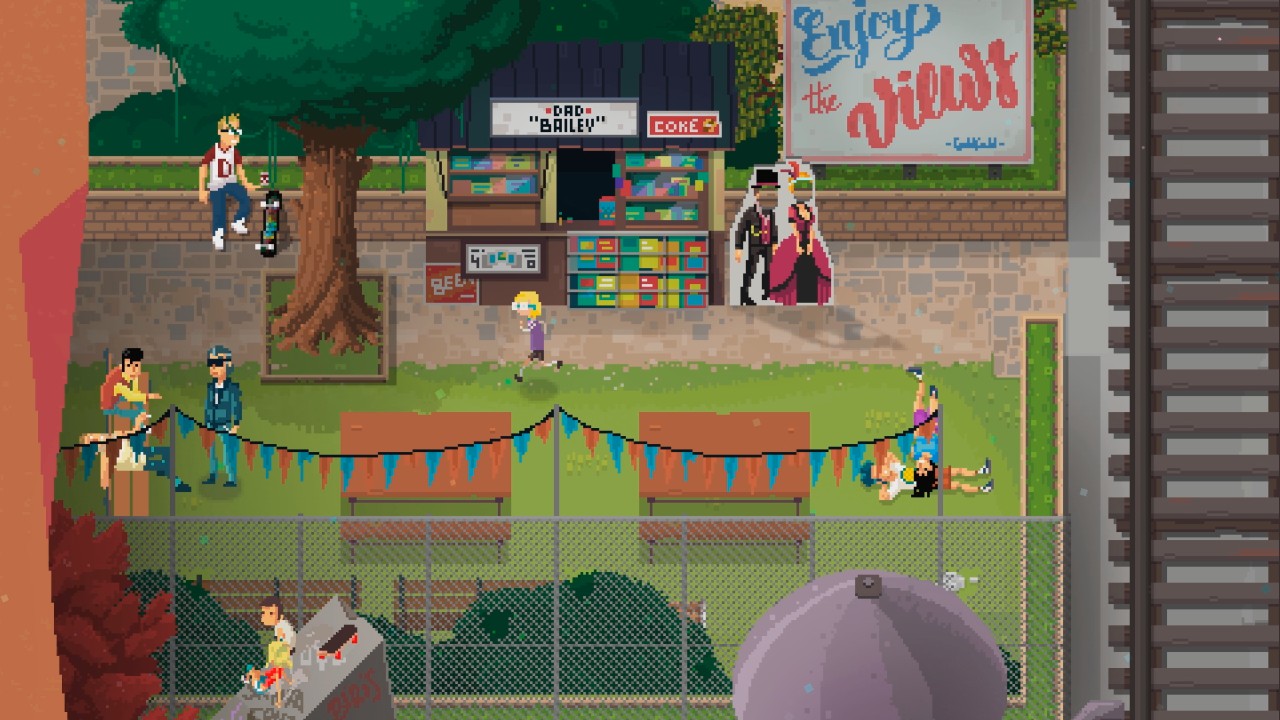 I truly believe that Crossing Souls was made from a place of passion because you have to love something dearly to smother it to death the way Fourattic has. While the game evokes common characters, settings, relationships, scenarios, and plot points from the best of 80’s entertainment, the studio has no idea how to string these elements together into any kind of cohesive package. The story beats fall flat, the characters are unlikeable, the cinematics are confusing, and the gameplay is forgettable.

I’ll start by saying that as far as uneven games go, Crossing Souls is technically competent. There’s no crashes, no loading issues, the mechanics all work like they should - heck, the menus are pretty well designed and easy to navigate. The controls are a little stiff, but that’s more of gameplay issue than a technical knock. It’s a solid piece of work on these terms.

The issues come from everything else, starting with the story. The game follows Chris, our blue-haired protagonist that’s a Mary Sue if there’s ever been one; a character who has the heart of gold, can beat up armies with a baseball bat for unexplained reasons, and is the clichéd “chosen one”. Chris’ brother, Kevin, discovers an ancient Egyptian artifact that can connect people to the spirit world. While using this powerful device to hunt down Chris and Kevin’s recently deceased dog, the brothers and their three friends get in over their heads and are beset by tragedy. Meanwhile, an evil General (it’s never really addressed where he got his power... or his super sci-fi base) named Major Oh Russ discovers the location of the artifact and attempts to reclaim it from them. 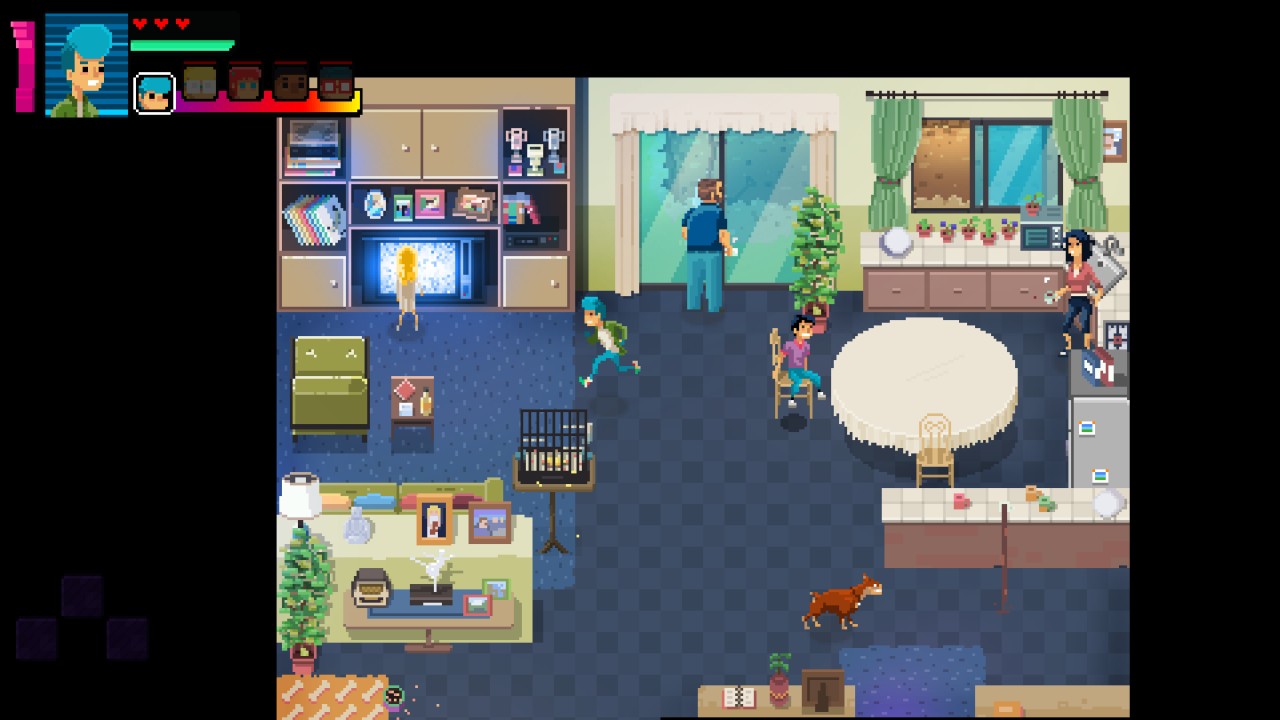 Despite the over-the-top set up, there’s potential for a good story here, or at least good exploration of themes about friendship, responsibility and grief - but none of it is executed. Character motivations change on a whim, the stakes are constantly reshuffled, side characters are given arcs which are never resolved, relationships are conjured out of thin air. None of it makes sense, and all of it awful. The writing is equally bad on micro and macro levels. There are issues with research and translation like teenage boys in California calling potato chips “crisps”, or the father of those boys telling them to grab a baseball bat and head to the “batting mound”. I’m not calling these flaws out to get caught up in semantics, but that is emblematic of the lazy writing in this game. Two characters declare a special friendship out of nowhere halfway through the game, one character flip-flops on his motivations four times in a half-hour, there’s a goofy ghost-town bombing plot that is randomly inserted after what is supposed to be a moment of heartbreak. The game hints at the theme of those you love are always with you, but at the end the main character is totally alone, bringing no satisfying conclusion to the friendships the game spends hours setting up. It’s just bad, through and through.

The game tries to punctuate moments of action or drama by creating animated cutscenes, evoking the cheap animation production one would have found in the Saturday Morning Cartoons of the 80’s. The art itself isn’t bad, but the budget seems stretched. Frames are clearly missing from the animation and the editing is jarring. It seems like more attention should have been paid to fewer scenes rather than creating the eight-ish scenes the game offers that feel half-finished. There is also a weird moment where the game drops the animation motif for a more traditional video game exposition-dump with static black-and-white images, which is totally out of place. This unique aesthetic is the element the game had the best chance of getting right, but still falls completely on its face. 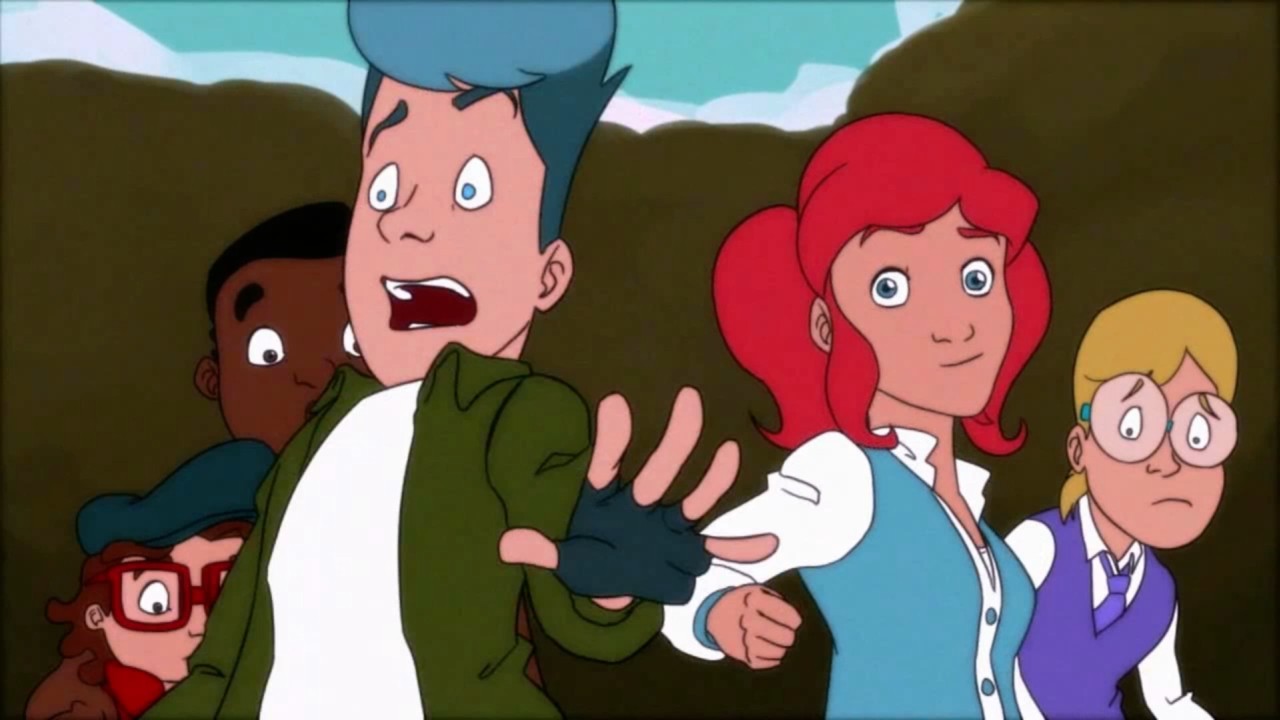 And then we get to the gameplay. As Crossing Souls divides its attention between fix or six different genre styles, it fails to make any of them good. The most significant failing here is how Crossing Souls randomly picks up and discards mechanics with almost no through-line. At first, it feels like an action game where you switch between the five friends utilizing their different skills to progress through the level. These skills can be useful from a combat perspective, but also in terms of puzzle solving. This is where the game is at its best, but it’s still pretty rough. It’s cool that one character can move blocks, another can hover in the air, and the third can use her jump rope to catapult over large gaps, but Chris’ special ability is that he can climb and jump, meaning you don’t use him to solve puzzles, but rather when you see a ladder you have to switch over to him because no else ever learned how to climb a ladder.

Then, as the game progresses, the core gameplay conceit of using these multiple skills together is abandoned. Sometimes it’s because the game is employing set-piece action sequences that shoe-horn in platforming or bullet-hell mechanics that you’ll use once and never again. The real breakdown in the mechanics is that (for reasons I won’t get into because of spoilers) the characters and skills that are supposed to be working together are slowly taken away. This could have been an interesting arc if Fourattic was trying to convey a sense of loneliness that paid off in the end, but it’s never really remarked on. So the mechanics of the game slowly constrict themselves, taking away the only little bit of fun you had, until it’s a generic action slog for the final couple of hours. It’s just a bummer all around, the action stuff never feels fun or challenging, just busy work.

The pixel-art aesthetic is fine, if a bit trite. But the themes tying the settings and art together are often at odds. This is a problem that comes from shoving grab-bag 80’s pop-culture references into an art-style, sometimes Indiana Jones-style temples don’t mesh with the E.T. suburban motifs. The score is also poorly mixed and never finds a theme to latch onto. There's some of the mellow synth music that Stranger Things fans might appreciate, but it’s discarded as quickly as anything else in this game. This is an issue that permeates every aspect of Crossing Souls. The game is in desperate need of a core element, a staple that it can pull back to when things get messy. Whether it’s a relationship, plot point, or gameplay mechanic, there needs to be something that lives at the heart of the game and Fourattic offers nothing. 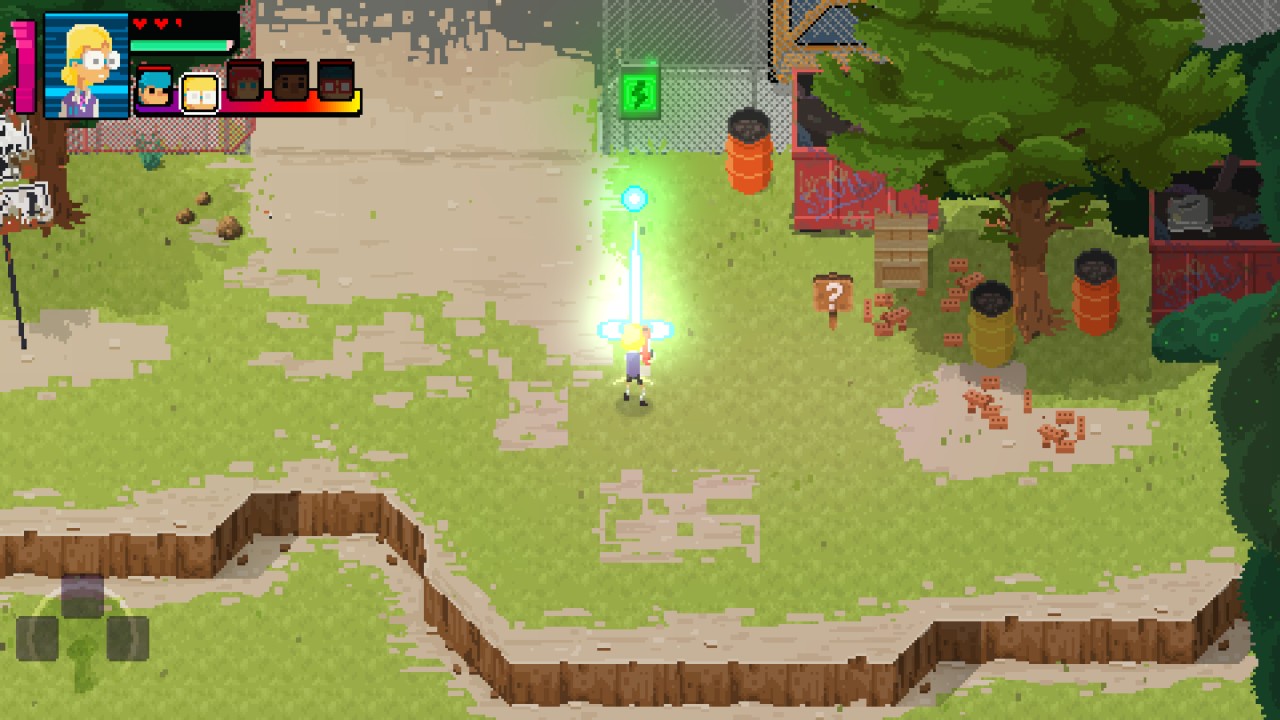 Again, if there’s a thing I’ll say for Crossing Souls, it’s that it’s a competent mess. The game runs fine, so bugs won’t be the reason you’ll stop playing. It’s everything else. While you can look to the past for influences, and even pay homage to those influences, you can’t count on those influences to tell a compelling story, to create likeable characters, or to develop interesting gameplay mechanics. It’s up to a developer to do that, and Fourattic doesn’t have any of that to offer in Crossing Souls.

Our ratings for Crossing Souls on PC out of 100 (Ratings FAQ)
Presentation
61
Crossing Souls feels like it’s stretched perilously thin, to the point where frames are missing from cutscenes and entire chunks of the story feel outsourced. It also is a hodge-podge of 80’s aesthetics that don’t blend well.
Gameplay
58
The game starts with some interesting ideas that feel a little stiff, but it so frequently picks up and discards gameplay mechanics that nothing works well.
Single Player
38
The writing is amateur, the development of the mechanics is actually a regression, and almost none of it is enjoyable.
Multiplayer
NR
None
Performance
(Show PC Specs)
CPU: Intel Core i5-3570K
GPU: Nvidia GeForce GTX 660
RAM: 8GB
OS: Windows 10 Home

90
The game runs solid and I had no issues.
Overall
57
Crossing Souls is one of the most disappointing games I've played where something wasn't broken or technically flawed. Fourattic relies far too much on nostalgia, hoping that rehashing gameplay mechanics and storytelling of the 80's alone will make this a good game - but it can't and it doesn't. 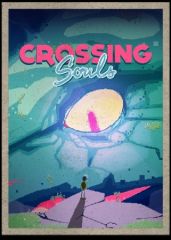 Our Review of Crossing Souls
57%
Mediocre
The Verdict:
"An overbearing dose of nostalgia doesn't elevate the experience"
Game Ranking
Crossing Souls is ranked #1598 out of 1788 total reviewed games. It is ranked #135 out of 148 games reviewed in 2018.
1597. Hot Tin Roof
PC
1598. Crossing Souls