Big budget flight games are usually in short supply, and so it’s up to smaller independent developers to carry on the legacy of this waning subgenre. One such title is the debut effort from PolyKnight Games called InnerSpace. Rather than offering a traditional open 2D or 3D environment, InnerSpace has players explore a series of chambers within planets. While the controls and basics of the gameplay are fine, some of the design decisions and a high asking price might leave players in a tailspin. 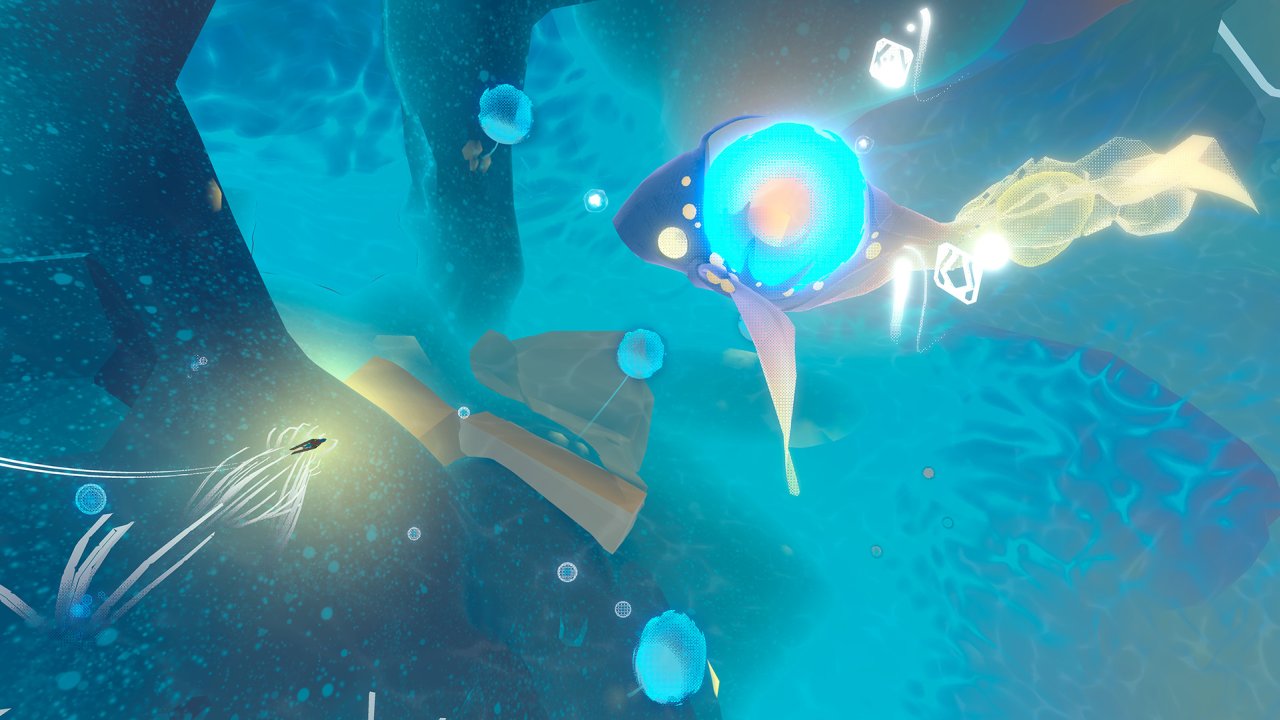 Players assume the role of Cartographer, an autonomous aircraft (called airframe), which has been re-awaked by the Archeologist. You find yourself in the Inverse, a world where planets exist inside-out and thus gravity pulls outwards instead of in. Apparently, ancient civilizations have garnered the power of Wind, but have since died out, only leaving a few Guardians behind. The Archeologist revives you in hopes of collecting whatever Wind is left in these planets, bypassing the Guardians, and hopefully escaping the universe.

InnerSpace bills itself as an exploration game and it certainly fits that mantra with its gameplay design. But with most games in the genre, the lack of substance is frequently made up by a big story or memorable characters and settings; InnerSpace doesn’t really impress in those aspects. The campaign is light and straightforward, as you explore and complete a few story quests, occasionally chatting with the Archeologist and the creatures you come across to gain insight into the history of these planets and the lost civilization. If you don’t hunt for collectibles and parts for different aircraft, the entire thing can be completed in well under 5 hours.

The gameplay mechanics are sound. You should most definitely play with a controller, as this gives direct and precise control over the vessel, though that’s not often required. Freeform flying through the environments is certainly satisfying, and controls are responsive enough to give you a sense of speed and not frustrate when finesse is needed. There’s not much to interact with in the levels, and the only thing you can really do is fly through things (such as ropes to cut them, levers to flip them, and breakable surfaces), and collect things like artefacts and Wind orbs. The former interactions are reserved for exploration and simple puzzles, while the latter are optional and give you a reason to explore. Collecting hidden components lets you unlock new aircraft (using Wind as currency), which look unique and have varying stats. But, as this is an exploration game where it’s impossible to crash and there are no enemies, having better stats feels hollow and the game requires nothing more than the base vessel. 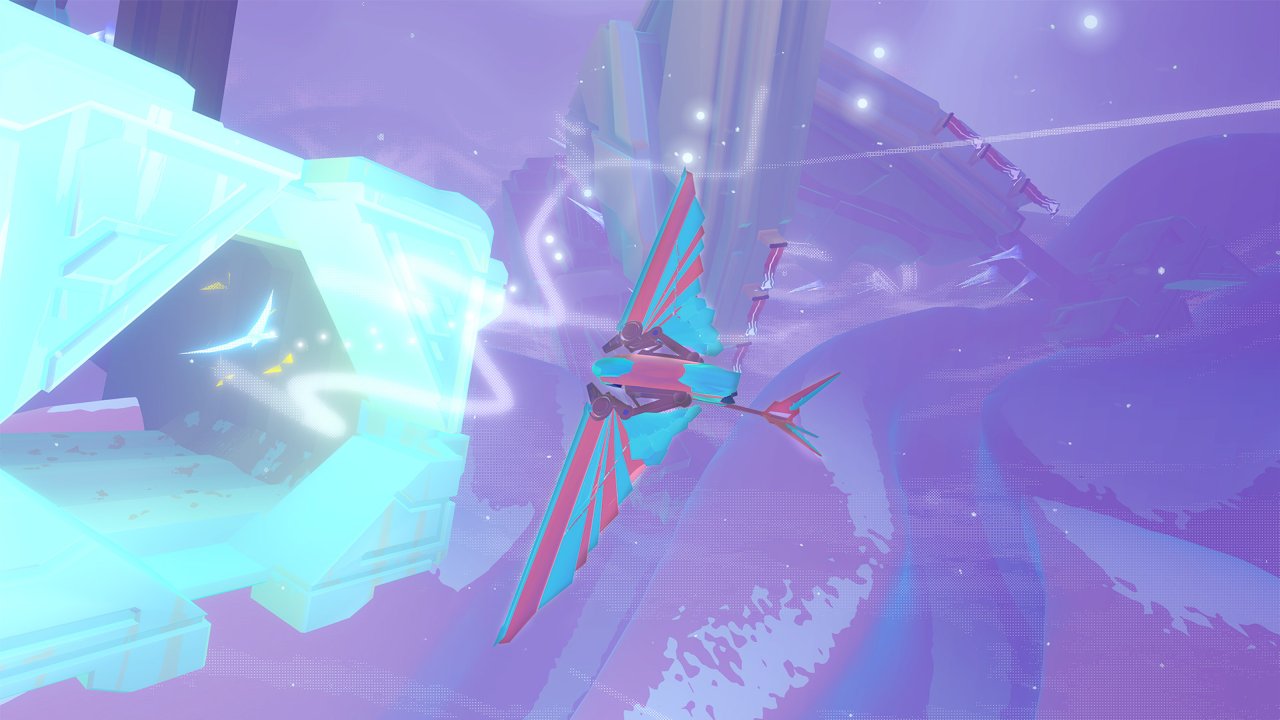 You’ll be flying through a series of levels, each located within a planet. As mentioned, gravity works differently, so it’s as if you’re located inside a hollow chamber with all objects being located on the walls all around you. This includes ancient structures and bodies of water, with taller statues protruding into the center of the level, and into your flight path. It’s an interesting and unique design, to be sure, but it unfortunately works against the gameplay. Because of the world being essentially all around you, there is absolutely no sense of direction. There is no up or down, no left or right, there is just a blob of space to fly through. This can be extremely disorienting – games like Gravity Rush, that also have free-form flying, get around this problem by having a well-established sense of direction, but InnerSpace has none. If you’re susceptible to being disoriented or motion sick, you may have problems here.

You’re exploring enclosed indoor environments rather than soaring through an open sky, and with that, you’re likely to run into things. As mentioned, there is no damage to worry about, but collisions are still annoying – causing the camera to freak out, and using a horrendous sound effect that seems far below the rest of the audio design. For the most part, and with some practice, you can slipstream your way around the planets, but the game still frequently forces you into tight tunnels and small rooms. The constant sense of confinement just looms over the game.

Having solid controls can only alleviate the annoyance for so long; a drift move that lets you perform a 180 degree move and fly in another direction is helpful, but you never stop moving. The only time you get a reprieve is by using Perches, sticky landing locations where the game lets you pause, look around, and launch again in whatever direction you’re facing. You can go underwater too, assuming you press the Dive button and don’t just try to fly in, as that will again cause uncomfortable sounds of crashing and the camera losing its mind. Underwater exploration is not too different from flying. 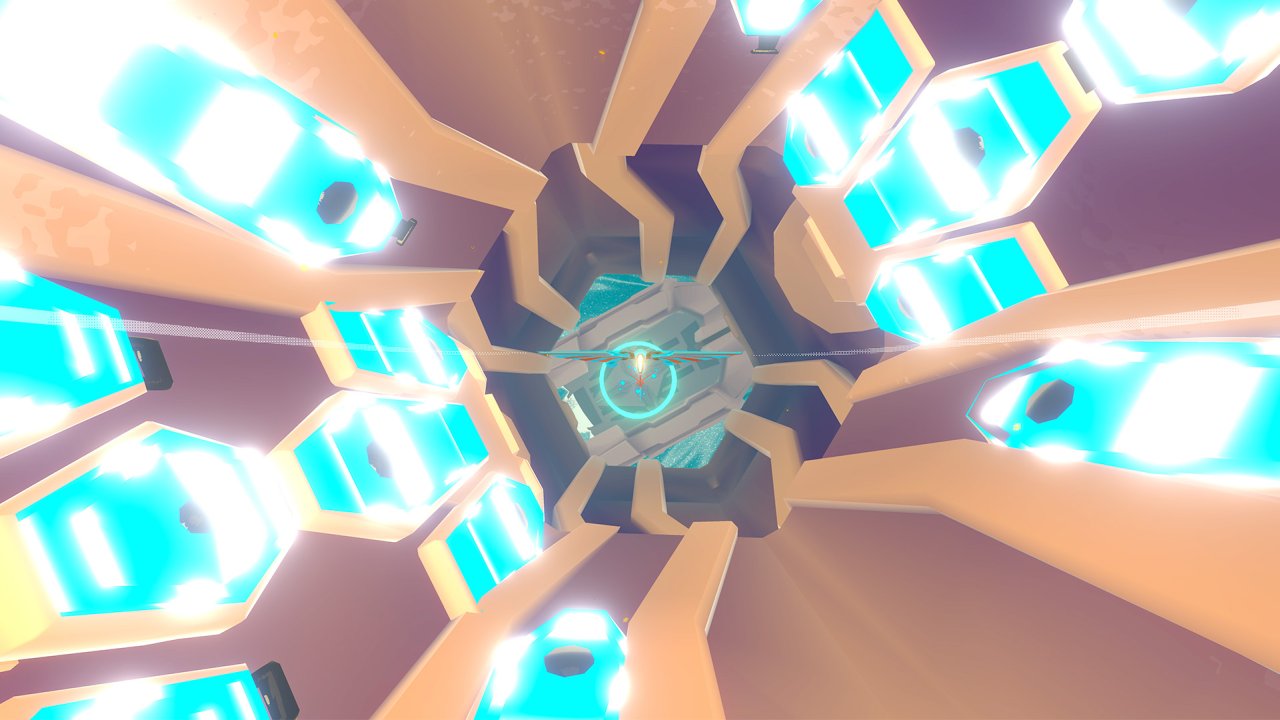 All of these issues culminate at the point where you must interact with certain objects for a quest or optional item. If you hold the perfect flight path, the game’s level design guides you to the objective without too much fuss. But if you happen to crash or somehow lose that opportunity, it can be a real pain to find where to go next. The game doesn’t feature any objective markers, so for example if you’ve flipped 4 out of 5 switches around a large structure but then got disoriented, you have to somehow find your way around/through again and hope to come across that last piece of the puzzle. You also have no idea what you’re exploring towards – it could be to progress the story, or it could just be to find a piece of an Airframe.

InnerSpace is also somewhat uneven in its presentation. The five or so levels you explore feature different visual and audio themes, but the ruins of the civilization look pretty much the same wherever you go. The game’s art style and fairly colorful palette helps the worlds feel unique, though it doesn’t exactly impress with the texture or effects quality. Your airframe makes no sound when flying, which is odd at first, but perhaps an acceptable choice given it would grow annoying to listen to an engine for hours. You do make sound when turning, and there’s a light soundtrack that accompanies each world. Still, this is a mostly quiet game, and apart from some memorable encounters with the ancients, the audio design is rather minimal.

InnerSpace offers a chance to explore some unique environments, and if you enjoy scouting every nook and cranny of a game world, there’s definitely some appeal here. You’ll need to be patient and not lose track of the goal, however, as it’s extremely easy to get lost and disoriented given the design of the world. The controls are fine, but the game’s insistence of putting you into tight spaces, combined with grating crash sound effects and camera freak outs, will leave players annoyed. It’s a rather minimalistic game in its presentation, with a nice art style but lackluster technical quality; the pleasing audio tracks are too few in number. If you’re looking for a unique adventure and can overcome some of its inadequacies and a relatively high asking price, InnerSpace might let you spread those wings.

Our ratings for InnerSpace on PC out of 100 (Ratings FAQ)
Presentation
68
A nice art style can’t fully overcome its lackluster technical qualities and a subdued sound design.
Gameplay
60
With no space to truly soar, the game feels confined within its levels and narrow tunnels. Controls are fine, but it’s very easy to become totally disoriented due to design of the planets. Lots of problems with camera when crashing.
Single Player
55
Collectibles and simple puzzles are straightforward and shallow. A few memorable sequences, but otherwise you’re just flying around looking for something to do or a new path to enter. Could really use an objective indicator.
Multiplayer
NR
None
Performance
(Show PC Specs)
CPU: Intel Core i5-4670K @ 3.80 GHz
GPU: ASUS Radeon R9 280X DirectCU II
RAM: 16GB DDR3
OS: Windows 7 Professional 64-bit

85
No real issues. You’ll definitely need to play with a controller.
Overall
62
InnerSpace features a unique game world with some nice moments of quaint exploration and set pieces, but on the whole it’s a bit too cramped and pricey to truly soar. 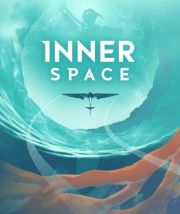