A unique viewpoint can't save the game from its various missteps

When I read that Seven: The Days Long Gone would be an isometric stealth-action game, I wasn’t entirely sure how that would work. While there are some that buck the rules, most games with an isometric camera are strategy titles like XCOM: Enemy Unknown, shooters like Helldivers, or RPGs like Divinity: Original Sin 2. So I’m quite impressed how well Fool’s Theory debut effort plays given the unique nature of its design. At times, it feels like Seven: The Days Long Gone might have stumbled onto something fairly revelatory, as the isometric view allows players to get a better lay of the land and more thoroughly plot out their moves as a thief/assassin. Yet, while the core works, just about everything surrounding it is a bit of a mess. 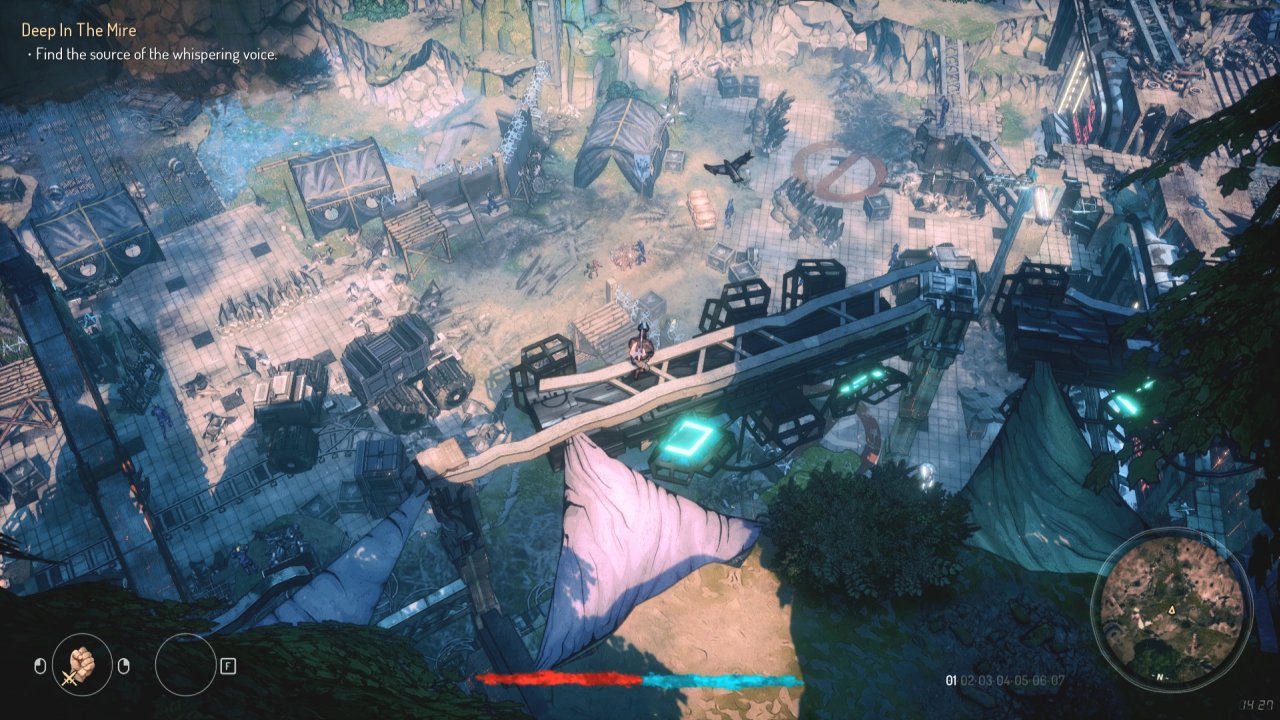 It’s hard to fault Seven, because it really wants to be a good game. It’s filled with all sorts of elements that on paper should make it a rich, meaty experience. The game has RPG elements, crafting, side quests, inventories, stealth mechanics, a complex story, a thoroughly thought-out world and everything else that Fool’s Theory seems to know is supposed to be packed into “good” games. The problem is that with so many different pieces, and not a lot of space, Seven often feels overstuffed and underexplored. There’s a ton of fat to trim, and it’s clear that the developers just didn’t know where to make the cuts.

It’s a bummer because Seven: The Days Long Gone starts out so strong. With fun rooftop parkour mechanics that work decently well, the game begins with our hero, Teriel, recruiting a former colleague for a mansion heist job. The first mission is really something cool as the unique camera angle feels like a refreshing tool to use for your benefit and the structure of the tightly focused mission makes Seven feels like a cyberpunk-ish version of Thief.

Then the game kind of goes sideways. The treasure that Teriel is trying to steal turns out to be the capsule for a demon called Artanak. The release of Artanak knocks Teriel unconscious; when he awakens, he finds himself bound and en route to the prison island of Peh. Making sure Teriel is captured and sent to the prison island seems to be all part of the plan for Artanak. In fact, making sure his spirit was absorbed by a master thief seems to be part of the demon’s plan as well, as he uses Teriel as a vessel, and puts his thieving skills to work finding an agent of the Vetrall Empire who has gone missing, named Savaash.

There’s a lot of world-building in The Days Long Gone and it’s all packed into a pretty tight window. The numerous factions, characters, and locations might seem more natural in a bigger game that had more time to breathe, but here it all is a bit overwhelming. You’ll eventually figure out the key characters involved, but it does feel like homework trying to keep track of it all. So much lore weighs the game down, especially because it doesn’t feel like it’s necessary to the plot. 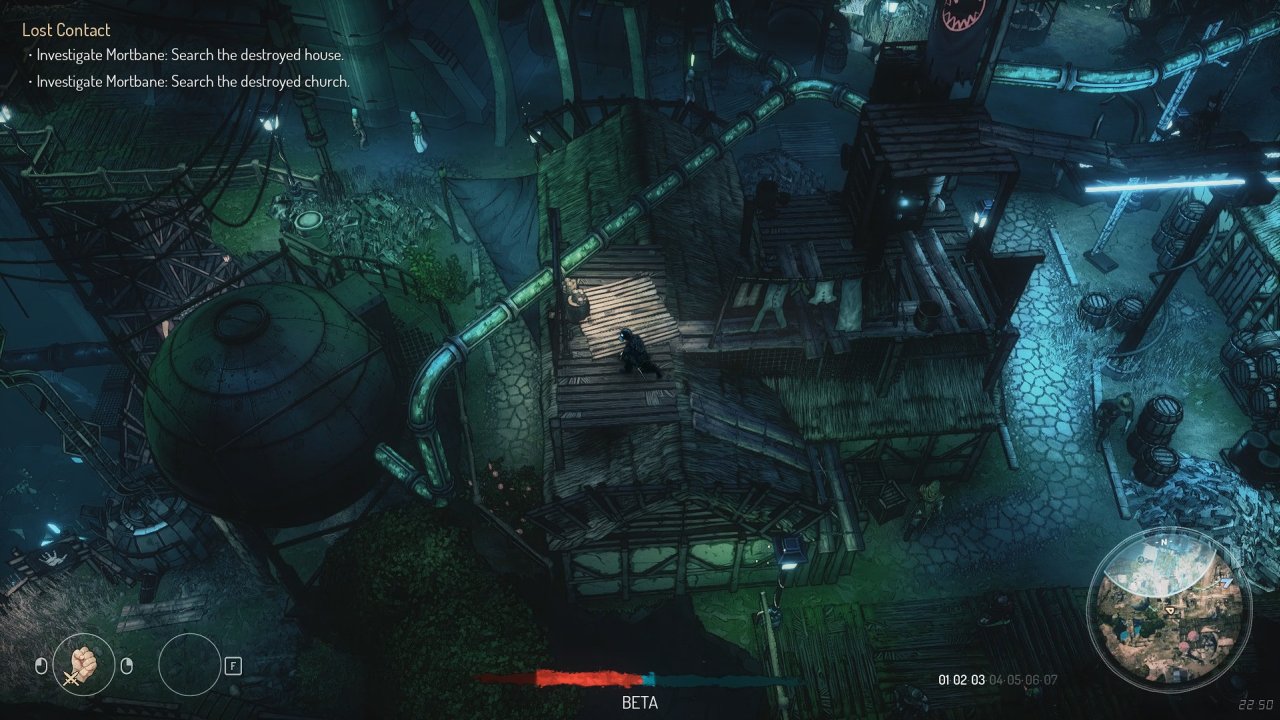 But that plot isn’t all that great on its own. I’m going to sound like a broken record throughout this review, but Fool’s Theory could really stand to learn that less-is-more here and help keep the game moving with a narrative that’s a bit more snappy. The macguffin hunt the game turns into never really works because such a trite plot device is in desperate need of evolving characters or interesting conflict - but while the world is overflowing with factions and heroes, we’re stuck with a smartass protagonist and a stuckup demon, neither of whom seem to like each other or become interesting in their own right. We never get a reason to care about Teriel, and Artanak always feels more like a burden than a friend. Fool’s Theory clearly spent a lot of time thinking up the world and all of its accoutrements, but they didn’t seem to spend any time polishing the main characters.

The stealth controls are fairly good, though going in and out of cover can be a pain at times, but it’s the parkour that I particularly liked. It’s a little wonky, and sometimes Teriel will grab a ledge you can’t see or even a ledge that doesn’t exist to pull himself up, but the parkour almost never makes the game frustrating or cumbersome. No, it’s the combat that does most of that. While the stealth can be occasionally sticky, the combat is really rough. Part of this feels intentional, as if the game is pushing you toward a silent approach in order to avoid the combat, but there are times when multiple enemies are forced on you at the same time, making any stealth useless, and the clunkiness of the controls are painful to deal with. In order to deal the most damage and avoid being hit, you’ll have to string together attacks, but so much of Peh is built on precarious ledges, it’s very easy to tumble to your own demise, or knock and enemy to where you can no longer hit them. The fights can also turn into a grind where you slowly whittle away an enemy's health. It’s rarely fun and never exciting.

Yet, Seven might have worked if the game was framed in the tight, objective-focused way that the opening mission is, but instead it is an open-world design. It’s a particularly odd choice because the game doesn’t really do anything with it. Occasionally, Seven uses the environment to create an interesting path to the next mission - but even then, that’s not really open-world as much as a well-designed corridor. Once you reach the sections of Peh that serve as the true open-world portion, there isn’t a ton to do. You can visit stores that all basically have the same gear, you can craft something provided you’ve managed to accumulate the right items (though finding those items can be an annoyance), but Peh rarely feels like a living environment. The people who fill the streets never seem to be going anywhere or living their own internal lives, the ambience feels robotic, and while the districts are slightly different there isn’t anything all that defining about them. 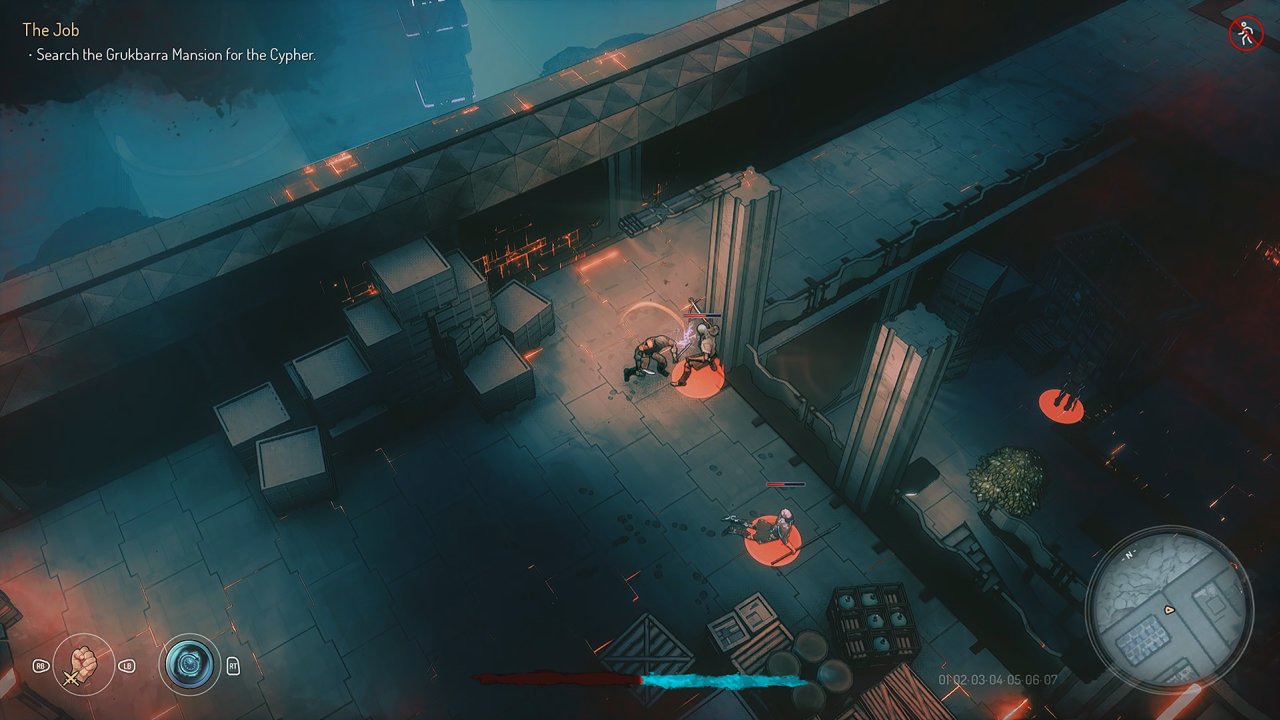 Seven also progresses quite slowly. The island of Peh is split into seven different districts - each district has its own story mission and feels like it should have its own motif, but the visual style is so murky that nothing really stands out. The oppressive atmosphere might have been intentional, but the game spends so much time making you slog from district to district that the drab colors make the slow pace feel like a chore.

Then there are the side-quests which are painfully dull. They’re dryly delivered and annoying to complete. Peh is filled with ne’re-do-wells and untrustworthy characters, so you’re never inclined to help out of the goodness of your heart, and the rewards are never great either. Moreover, since The Days Long Gone isn’t using a traditional RPG leveling system, you’ll often take a side-quest, get about halfway into it, and then find it absurdly difficult. This feeds into a problem with the open world lacking any structure; the side-quests wildly vary in their need for skill and character improvements.

All of this is in contrast to the core missions, which are actually quite good. They bring the heroes to interesting locations and use different gameplay mechanics, all while slowly increasing the difficulty and the demand for player skill. They do tend to go on a little too long, but they’re really the strong point of the game, and if the Fool’s Theory had zeroed in on a series of heists/assassinations, the game really feels like it could have been stronger.

In an attempt to make a bigger world, it’s pretty obvious that a lot of assets were recycled and it adds to a repetitive aesthetic that quickly wears thin. The cell-shaded art is a nice touch and the cutscenes use some cool images, but so much of The Days Long Gone feels like it’s drenched in the same washed-out visual style that these little touches can’t liven things up. Even the score by Marcin Przybyłowicz, the composer behind The Witcher 3: Wild Hunt and Hard West, feels mundane and reserved.

The game is also filled with technical issues. Shortly after launch, it seemed like Fool’s Theory were trying to address some of these problems with numerous patches, like the long load times. However, I consistently ran into frame rate issues throughout the game in addition to multiple crashes. 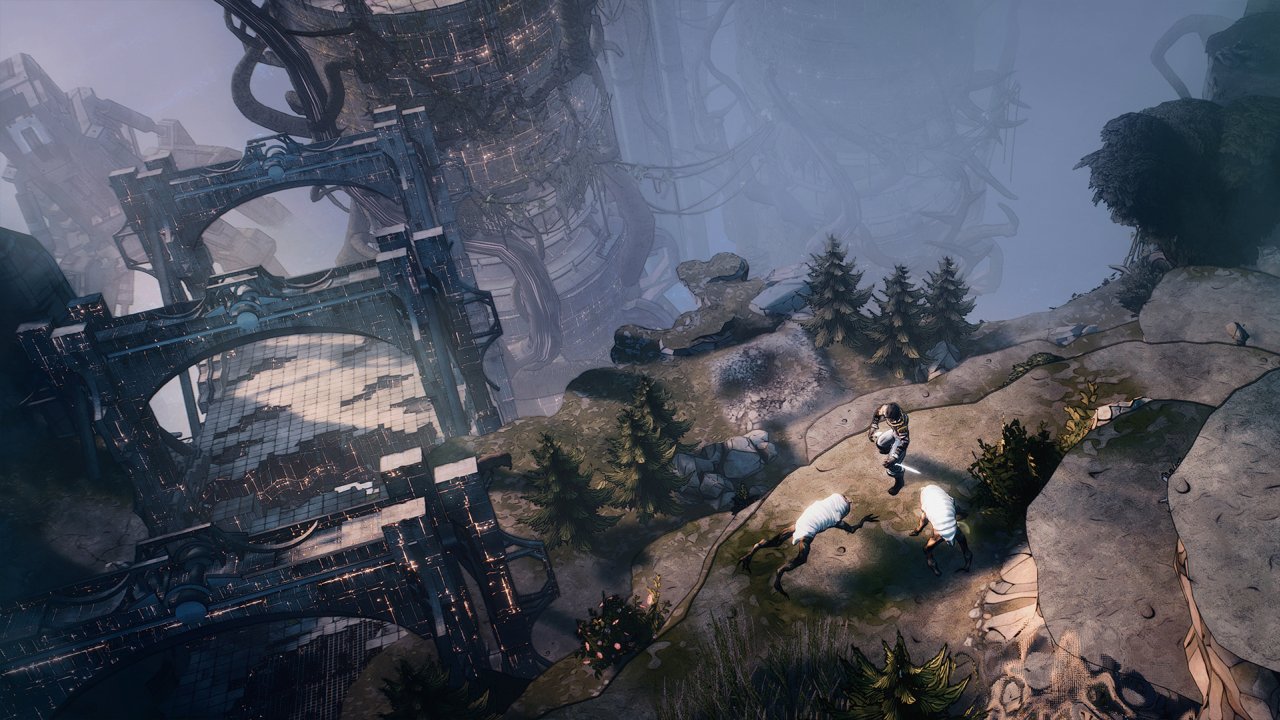 The core of Seven: The Days Long Gone has some good ideas, and with a more focused design, it might have worked. But there’s just so much going on that it feels like developing the many ideas into fully fleshed out mechanics would have been a herculean task for Fool’s Theory. Thus, there are a lot of ancillary concepts that just don’t work, masking much of what does. If you have a lot of patience and goodwill, you might be able to see through the flaws of The Days Long Gone and enjoy the experience, but I think most people will be put off by all of the issues.

Our ratings for Seven: The Days Long Gone on PC out of 100 (Ratings FAQ)
Presentation
62
The cell-shaded animation is a cool idea, but it’s surrounded by a dreary and murky atmosphere that often leaves you feeling put off.
Gameplay
73
The stealth and parkour mechanics actually work pretty well, however the combat is sloppy, frustrating, and forced upon the player.
Single Player
66
The core story missions work in Seven’s favor, but the dense world, unlikeable characters, and unnecessary open-world structure hold it back in a big way.
Multiplayer
NR
None
Performance
(Show PC Specs)
CPU: Intel Core i5-3570K
GPU: Nvidia GeForce GTX 660
RAM: 8GB
OS: Windows 10 Home 64 bit

50
Fool’s Theory has been working to correct a lot of the bugs, but even after multiple patches there are frame rate drops, crashes, and plenty of other annoyances.
Overall
66
Seven: The Days Long Gone has too much going on for any of it to work well. The developers clearly wanted to build a big and elegant stealth-action game with all sorts of features and mechanics, but their inability to leave anything on the cutting room floor has resulted in game that's a bit of a mess. 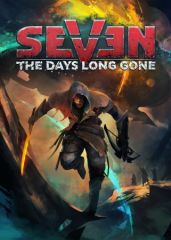