The key to great game design is to explain it with gameplay rather than overly long text boxes. While modern games are certainly more complicated, and thus require more explanation, nothing beats teaching organically through mechanics. SiNKR follows that mantra to a tee and does a remarkable job of explaining its simple concepts without a single line of text. The only real letdown is that the game is over before you know it. 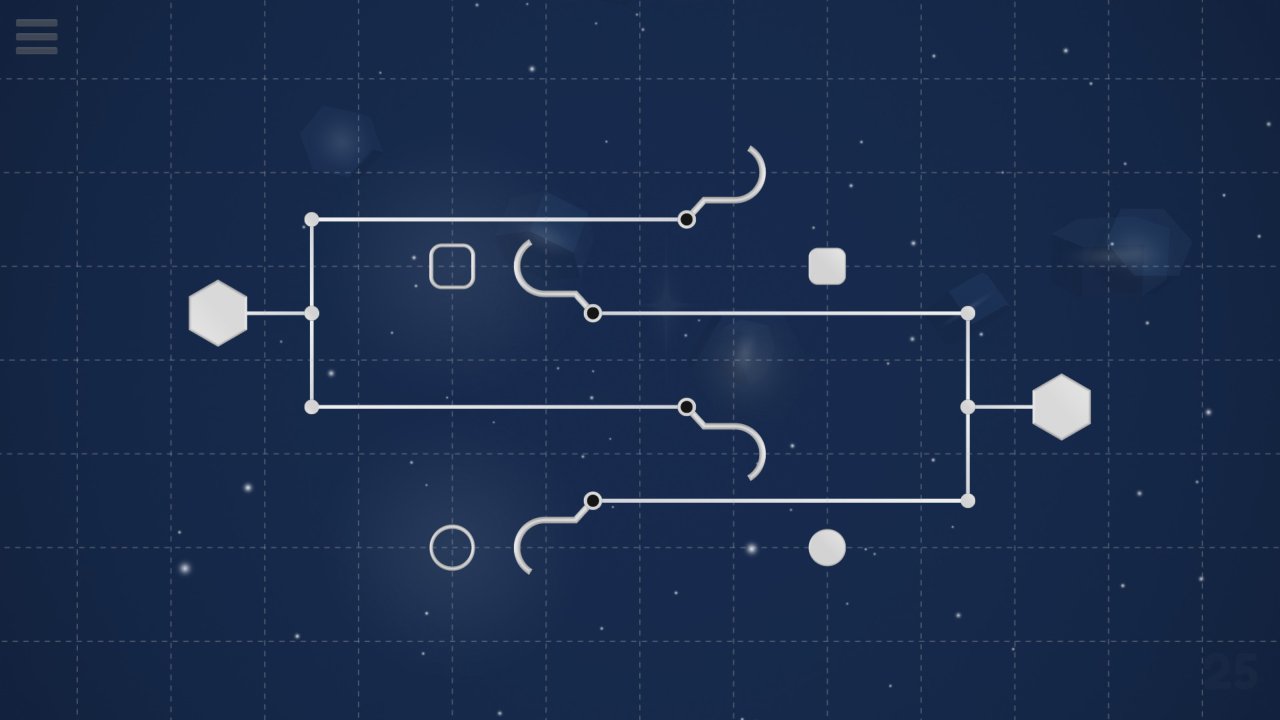 If you’ve played any number of indie puzzle games in the wake of 2008’s Braid, you’ve probably played something with a similar premise to SiNKR. This is a game where a mechanic will be introduced and iterated upon before moving on to a new set of challenges with a totally different gimmick. The unique twist, this time, is that you’re using hooks to drag circles and squares to an inevitable goal.

SiNKR is very relaxed in its pacing and never pressures you to solve things under strict time limits. You have as many tries as you need to solve each puzzle before you move on. Along with that, the game actively encourages experimentation by letting you immediately restart puzzles without obnoxious load screens.

There are a total of 60 different puzzles and playing through them all will encompass roughly 90 minutes of your time. The whole point isn’t to speed through things with the end goal in mind, though. SiNKR has some very clean and distinct art with an equally relaxing and unique soundtrack. While you’re twisting your mind into knots, the game is actively trying to soothe you and wisk your troubles away. 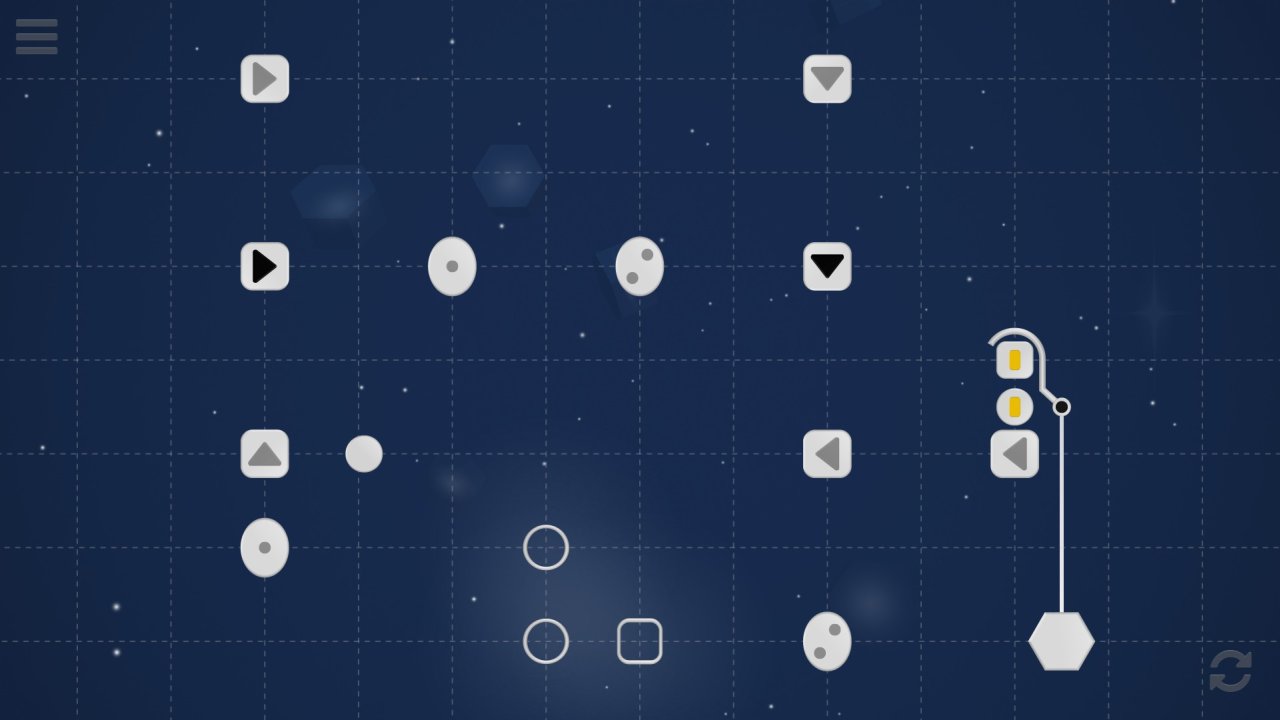 The various scenarios you’ll encounter all do something different with the idea of dragging dots to an end point. Sometimes you’ll need to flip the hook to the opposite side, other times you’ll be dealing with teleporters that can zip a circle across the level. It is always engaging on a mental level, even if the game doesn’t have flashy graphics or sounds congratulating you at every step.

Some of the later puzzles give you more elements that you can interact with, so solutions won’t come as quickly as in the beginning. SiNKR completely nails its difficulty curve and you’ll eventually be staring at screens that look way too imposing for how simple this game is. It can be a real trip.

Failure on certain puzzles typically comes from reading all of the different elements incorrectly. Save for a few puzzles that have twitch reactions, the only times I would mess up would be when I retracted my hook too far or I had an arrow facing the wrong direction. Since there is always a refresh option in the bottom right hand of the screen, you won’t even need to fumble through various menus to restart anything. 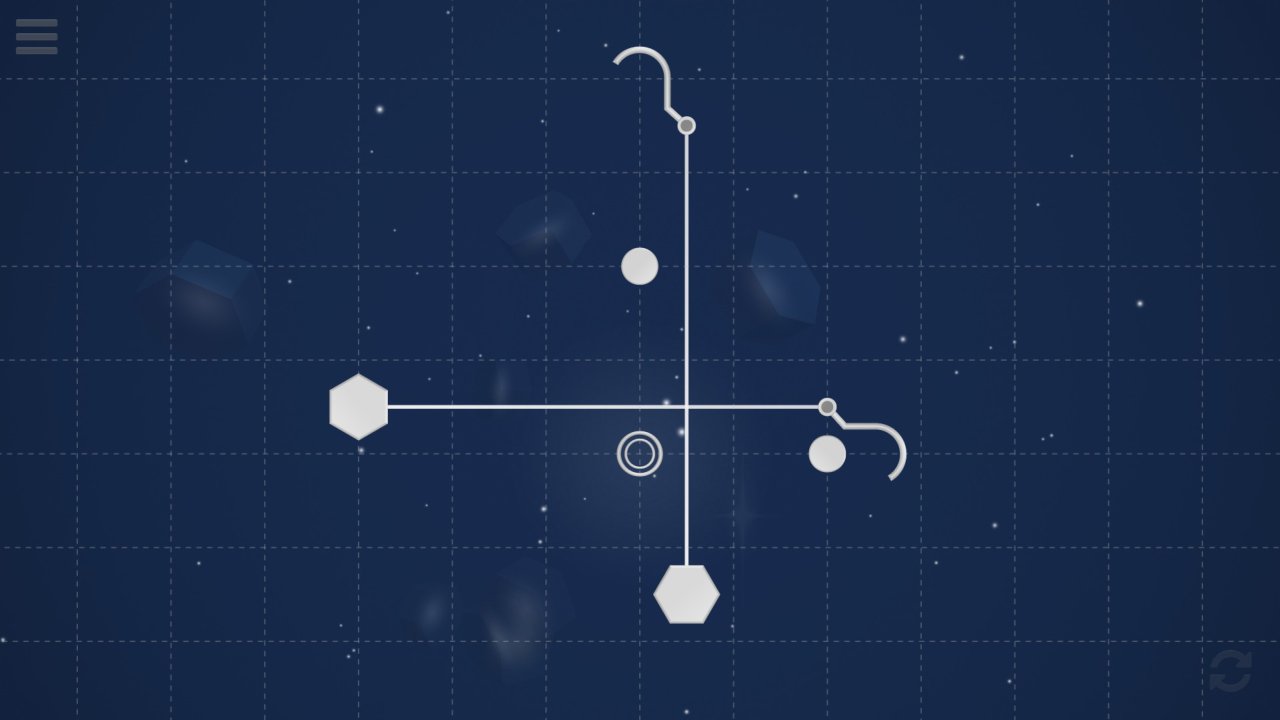 Even playing the PC version, the menu options are incredibly simple. You can change resolution, if you need to, and mute the music, but there aren’t a lot of barriers to entry. SiNKR could run on literally any PC made in the last 15 years and doesn’t send your CPU or GPU into overdrive like a lot of unoptimized PC games.

If you’re not accustomed to playing with a mouse, then you’ll be happy to know that SiNKR also has full gamepad support. While I didn’t extensively test the option, it works fine enough for people who prefer a more traditional console experience. Really, though, SiNKR is simple enough to not confuse people who aren’t intimately familiar with a computer. You could also nab this on your mobile device, if that is more your speed.

The best feature about SiNKR is the price. At 99 cents, the game is priced to match the ambition it has. SiNKR isn’t setting out to redefine how you look at or play puzzle games, but mostly just give you something new to tinker with while on the bus or sitting at home on a lazy afternoon. Even if it were half as long, I couldn’t complain about something so well made being so cheap. It might be light on replay value or even just content, but SiNKR is crafted well enough and priced just right to make it worth a recommendation.

Our ratings for SiNKR on PC out of 100 (Ratings FAQ)
Presentation
75
Has a very clean aesthetic that never hides what you need to know. It may not be mind-blowing, but it looks good and sounds even better.
Gameplay
85
SiNKR teaches through gameplay rather than text, so it comes off feeling very organic. It is also simple to understand with a great difficulty curve.
Single Player
70
You can finish all of the puzzles in a little over an hour and there isn’t much to return to. That isn’t to say the game is weak, just that it won’t occupy you for days on end.
Multiplayer
NR
None
Performance
(Show PC Specs)
CPU: Intel Core i7-3770 @ 3.4 ghz
GPU: Nvidia GTX 1060 6GB
RAM: 16GB DDR3
OS: Windows 10 Home 64 bit

90
SiNKR could probably run on any PC released in the last 15 years and it never crashes, hitches or glitches out.
Overall
80
SiNKR doesn't redefine the puzzle game genre, but it provides a solid entry with some genuinely clever puzzles and a simple to understand interface. Anyone can play this, even without knowing what a video game is.