Devolver Digital has made a name for itself as being the grindhouse publisher of the indie games market. If you have a penchant for the uncanny and like games that don’t take themselves seriously, Devolver typically has your back. With that in mind, I shouldn’t have expected High Hell to be anything other than over the top. 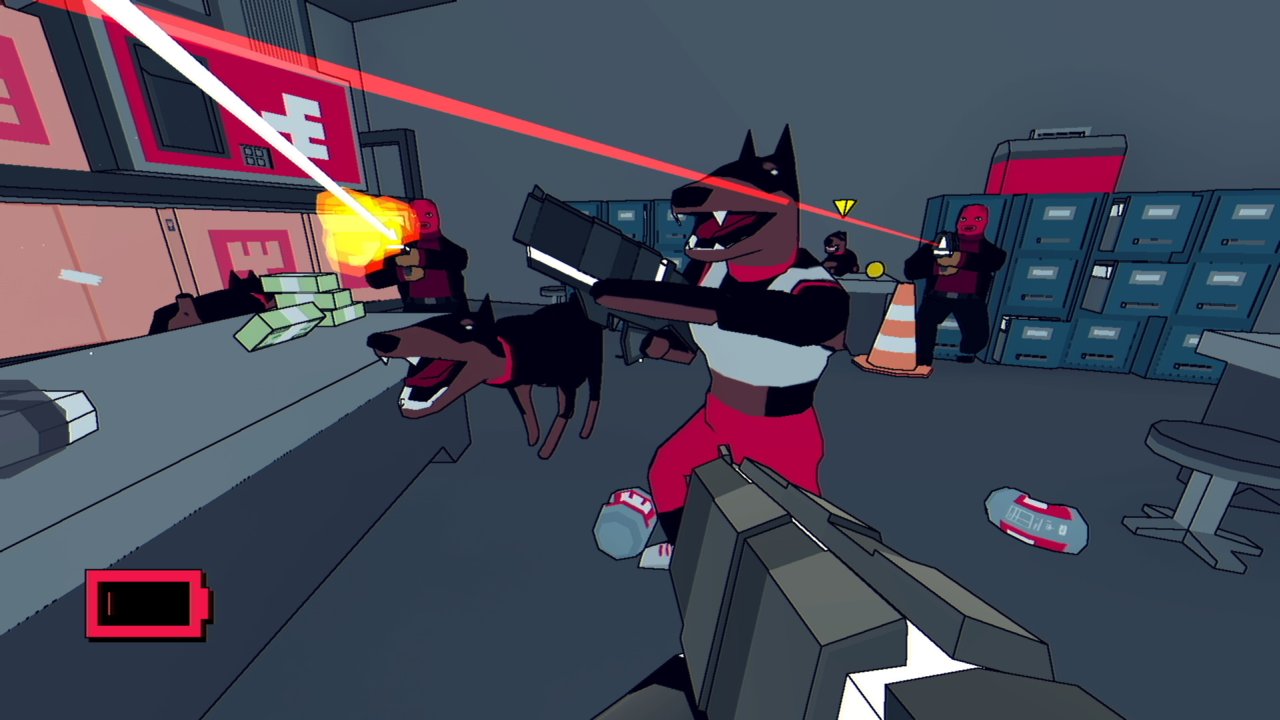 The premise behind High Hell is that you’re attempting to topple some corporate overlord that is mass producing drugs or some nonsense. The actual plot means very little, as it mainly exists as a theme for which to set the player in. The gameplay is mostly an act of marrying Hotline Miami with a first-person shooter and indulging in fast paced action and clutch saves.

As such, High Hell cuts out a lot of the fat that plagues modern shooters. There is no reloading, you have a single weapon to dispatch foes with, there are no cutscenes clogging up the narrative and everything moves at a blistering speed. There isn’t time to think about the best tactic or worry about what lies in the next room; you just kick a down door and start firing in whatever direction a person might possibly be. It creates a good rhythm of dying to an unexpected enemy, reloading and learning patterns and then exacting your plan at lightning speed. It can be kind of rote towards the end of its short campaign, but High Hell never deviates from the high octane thrills it aspires to have.

Only having access to one weapon (if you don’t include the melee kick), you are primed for any situation the game can throw at you. Enemies don’t follow the classic Doom design mantra of projectile enemies with easily distinguishable features, but there is a surprisingly good amount of variation to their patterns and attacks that facilitates on-the-fly strategizing. Sadly, the actual AI isn’t too bright and will often stand in place while you walk straight up to them. 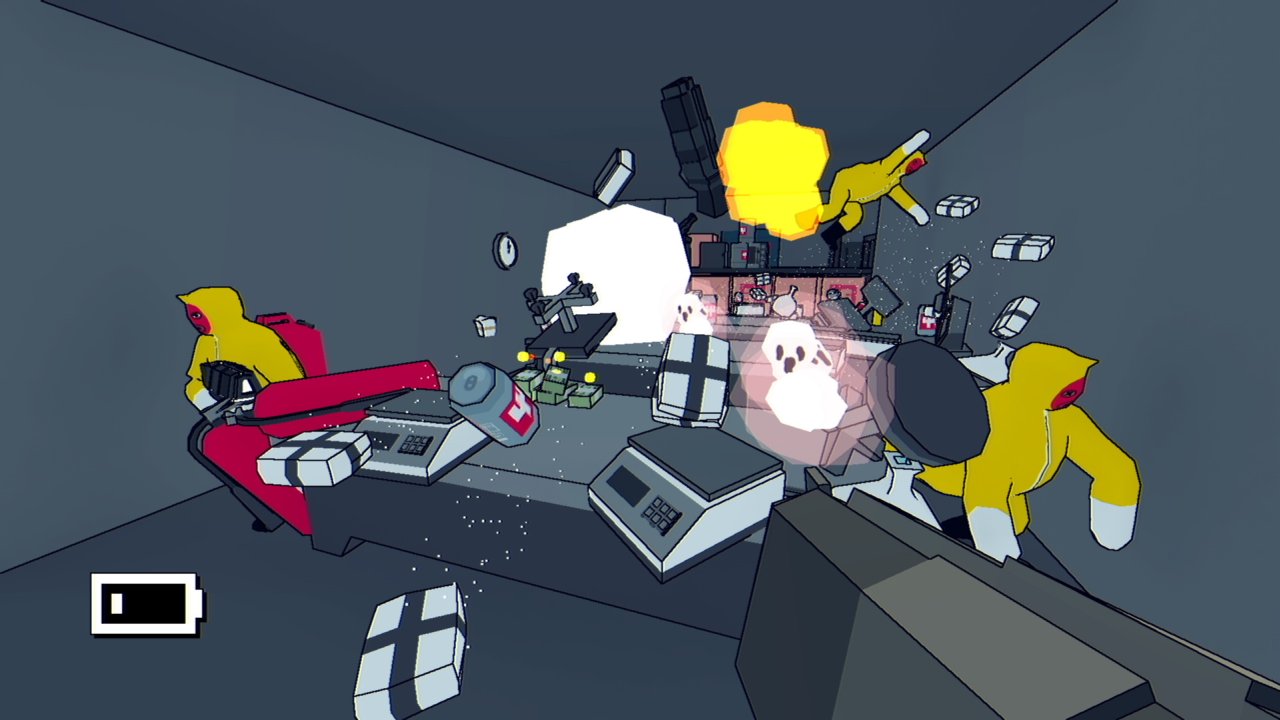 The prime difficulty of the game comes from how fast paced it is. You can suffer through a couple of blasts, but with so much emphasis being placed on speed, you’ll often sprint into direct combat and get eviscerated before you can react. There are no checkpoints, either, though levels are often 2 minutes long, at max. Compounded with some loose mouse controls the game can get frustrating.

In a weird twist, the level design is fairly open ended, so you do have multiple paths with which to choose how you’ll progress. If one path is frustrating you, there are choices that can cut down the aggravation. This feeds more into the speedrunning nature of the game, since you can shave off precious seconds of time by jumping on some air ducts or climbing past generic thugs. The end of each level grades you on things like remaining health, enemies killed, collectibles found and your time spent in the level, so doing everything you can to cut that down will boost you up the leaderboards.

If you don’t get sucked into that gameplay loop, at least High Hell doesn’t ask too much of the player. My first playthrough of the game lasted around 70 minutes, so I was able to experience every bit of insanity the game has without having to wade through trash. You can tell this game was made with a clear vision for how it would play out, because every chapter feels like it has a purpose and introduces different level design concepts to mix up the whole thing. I could do without the giant robot boss fight, though. 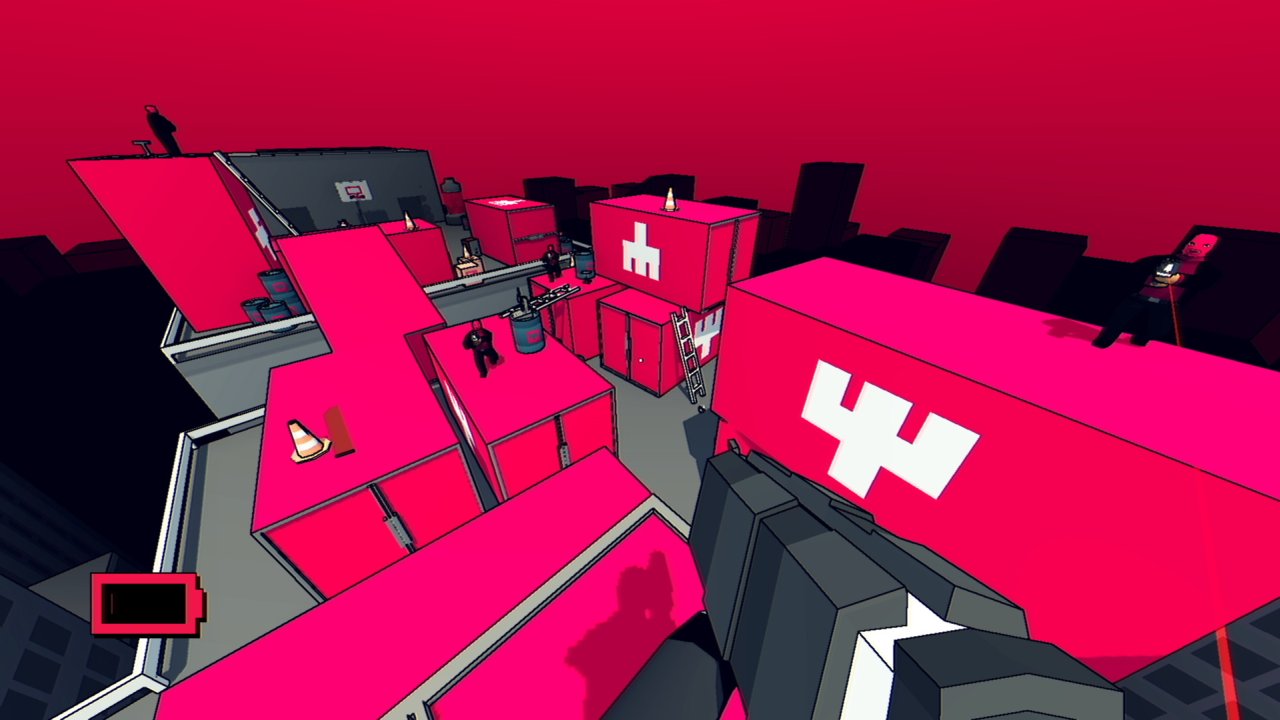 I can’t say that I wasn’t getting a little tired of the small enemy selection, but since the whole endeavor is short, the game never feels like it’s overstaying its welcome. This also happens to play into the aesthetic direction, which is clearly going for a late-‘90s vibe. Everything is blocky and low polygon, but there is also a visual filter that has color bleeding off the edges of each model and causing the whole thing to look very grainy. It can certainly be irritating, but I dig the high contrast colors and obnoxious style. It fits in with the rest of Devolver Digital’s catalog of niche, rough-around-the-edges games that offer truly unique experiences.

Particular mention needs to be given to the soundtrack, composed by rapper/producer Doseone. While not directly ripping off the aural pleasures of Hotline Miami, this is a score with the intent of getting your pulse pounding. Everything sounds very harsh and thrashy, like it was put through a meat grinder and distorted beyond recognition. It makes for some standout moments towards the end of the game, where the odds are against you and you’re dodging shots by the skin of your teeth. It fits in perfect with the visual design for High Hell.

The icing on the cake is the cheap price tag of $9.99. High Hell may not be a reinvention of the first-person genre, but it offers up a lot of thrills in a compact package that constantly delights at every turn. You really couldn’t ask for a better indie shooter.

Our ratings for High Hell on PC out of 100 (Ratings FAQ)
Presentation
80
High Hell won’t be winning any awards for pushing realism, but this is a highly calculated and well executed vision that runs well. The soundtrack is also killer.
Gameplay
75
High Hell is fast paced and brief, but the controls aren’t always the most responsive. The later levels can also be a bit rote, but the game ends on a high note and is always fun.
Single Player
75
The only direct competition you’ll face will be from your leaderboard scores, as High Hell is strictly a solo affair. To that end, it offers a short and sweet campaign that doesn’t try to cram unnecessary fat into the mix.
Multiplayer
NR
None
Performance
(Show PC Specs)
CPU: Intel Core i7-3770 @ 3.4 ghz
GPU: Nvidia GTX 1060 6GB
RAM: 16GB DDR3
OS: Windows 10 Home 64 bit

90
I’m pretty sure a potato could run High Hell. This is not a demanding title, so it never falters from a rock solid framerate. It does have oddly long load times, though.
Overall
80
With a cheap price, you really can’t ask for a better deal. High Hell hits some great highs and does so without being padded out for length. Definitely worth a playthrough. 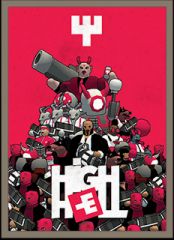