Turn back the clock

It’s easy to get overexcited when faced with games like Last Day of June. I suspect a large part of that has to do with the rather ‘play-it-safe’ attitude that seems to be circling the major publishing sphere at the moment. Of course, that’s not to say there isn’t an appeal to class-systems, open world exploration or pacy battle-arena affairs when implemented well, or to deny the existence of the exceptions that dispense with them (see Hellblade for further details), but in the swathe of increasingly replicative experiences, divergences from those formulas begin to look enticingly novel. 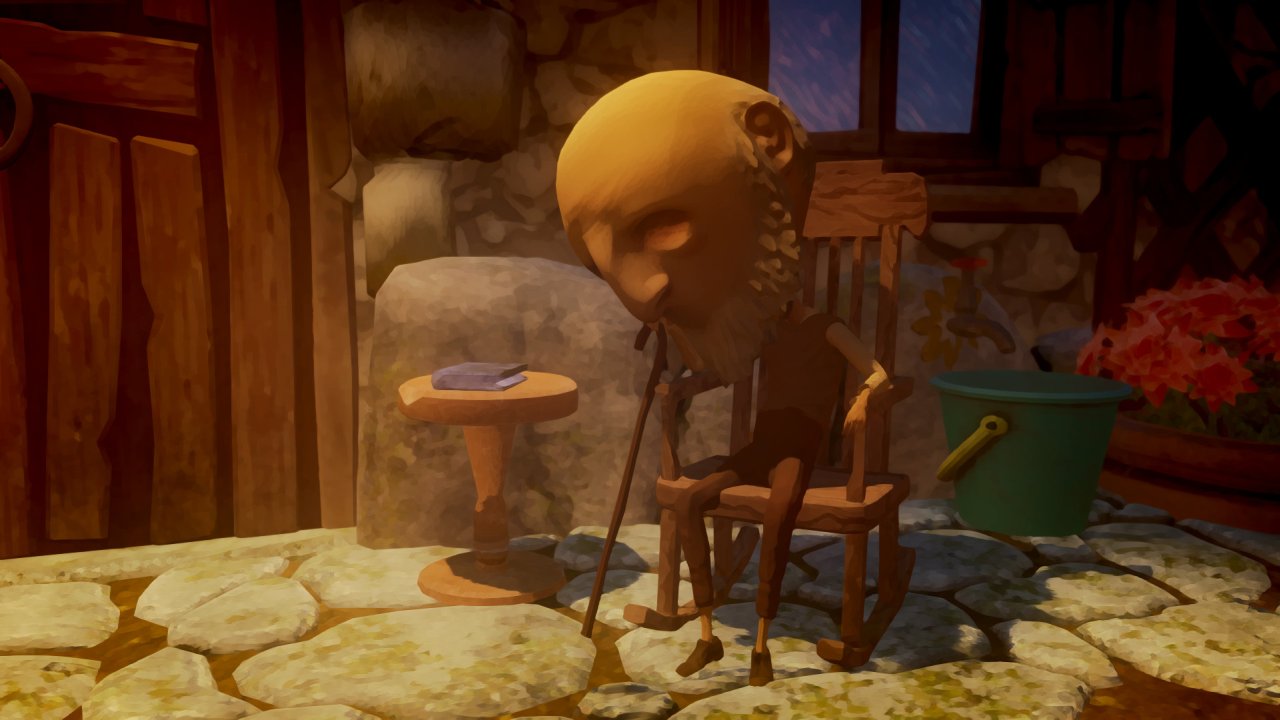 Developer Ovosonico certainly provides a breath of air amid the full-on October releases. Resembling something part-way between wooden stop-animation and an Impressionist painting, it’s obvious that Last Day of June is very much concerned with creating beauty on both visual and tonal levels, while its contained exploratory puzzles are afforded a veritable back seat. For that reason, Last Day of June can - at times - prove drawn-out or mechanically repetitive. Speaking as someone who gets heavily invested in characters and their stories, Last Day of June paints a sensitive, contemplative picture of grief and longing in a way comparable to a Pixar Short.

The Pixar vibe isn’t accidental, I don’t think. From the themes concerning memory, time and enduring love, to the twee, exaggerated character designs, many points strike a resonance to Up’s gut wrenching prologue. The story centres around Carl, a lovable, bulb-headed chap whose life revolves around his flighty beloved, June. From doting lakeside picnics to lovingly hand-drawn portraits, it seems the pair spend more time thinking of each other than… well… anything else.

You needn’t have seen Up to sense things are all but too-perfect, for the title’s enough of a nudge toward June’s fate. Following a nasty car accident, our protagonist is left in a distraught state of longing. Now wheelchair-bound and isolated from the eccentric townsfolk outside, Carl finds himself surrounded by June’s portraits as a constant reminder of their severance. This is where the story teeters slightly into Life is Strange, as Carl soon discovers that the paintings have acquired the ability to transport Carl back in time, to the day of the crash. Not only that, but by touching the portraits of the neighbourhood folk, Carl can watch events unfold from their perspectives; even controlling their actions. With such the case, Carl makes no hesitation: if he can reorganise the day correctly, perhaps he can save June. 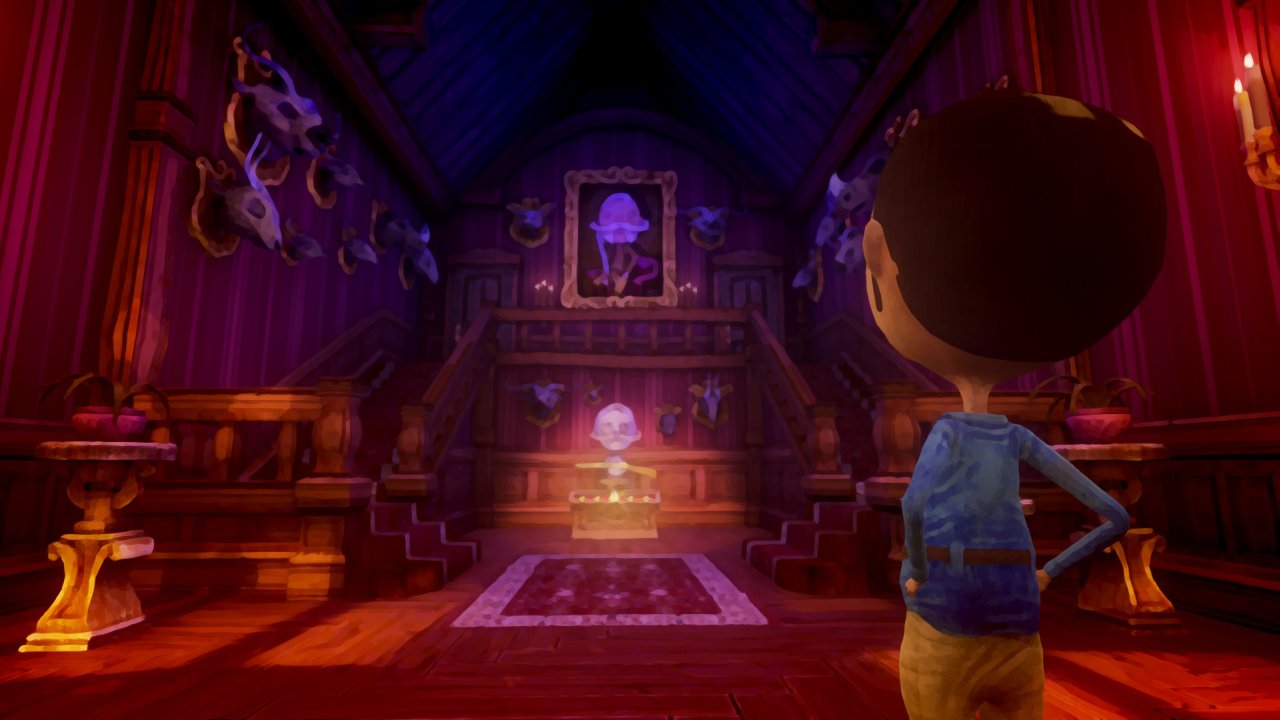 Once you begin hijacking the bodies of your lovely neighbours, however, it soon becomes apparent that fixing the past isn’t going to be a straightforward in-out. From the kite-flying ten-year-old to twinkly old guy, each has a part to play in June’s death, meaning you’ll need to reorganise their interconnected routines if you’re to save her life.

Having drawn much of its inspiration from Steven Wilson’s ‘Drive Home’ (also responsible for June’s score), it’s unsurprising that Last Day of June commands the pacing of a folk song. Its predictable alternation between intimate cutscenes and open exploratory puzzling affords the game a mellow atmosphere, evoking the sense you’re drifting through an idyllic countryside village.

Idyllic, I’d say, is right. Part wooden carving, part pastel painting, Carl’s neighbourhood is niched with the cobbly walkways and water wells that adorn the most romantic conceptions of Southern France, and the warm, golden tinge brought by the game’s perpetual sunset only consolidates those images.

Colour is also essential to the appeal Last Day of June. Delving back through each painting, I was constantly reminded that I was exploring memories; a collection of moving snapshots coloured by the violets and golds of fond summers. Equally, Carl’s current world is a gloomy ghostland of frigid blue, creating a visual dynamic that suits the tonal split between the past’s nostalgia and the yearning grief of the present. 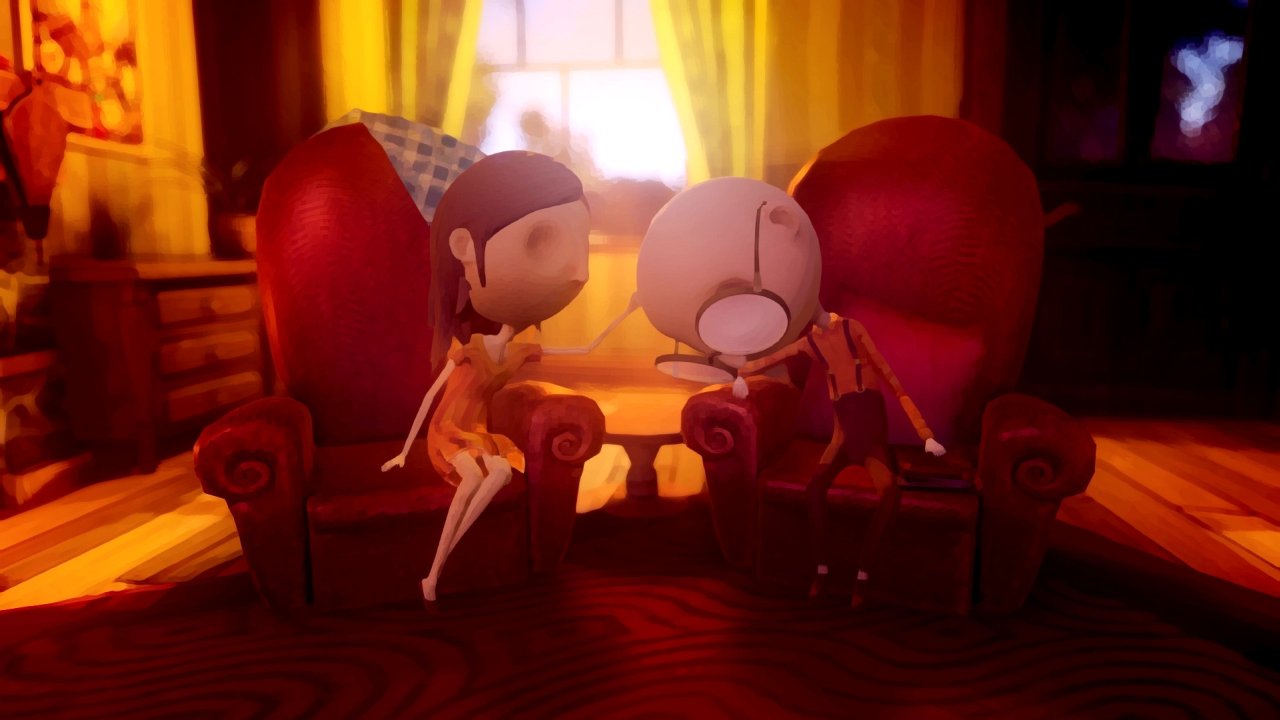 There’s rather a lot of inspiration drawn from Wilson’s music video too - namely the bulb-headed characters - yet here they’re noticeably cuter than in Wilson’s Burtonesque stop-motion video. They’ve a sort of wood-carving-meets-modelling-clay design, both eyeless and mouthless, and yet their peculiar mumblespeak affords them an expressive diversity and humour that suits their distinctive personalities. Exploring the nooks of the village as each of the characters is a pleasure; teasing the adorable neighbourhood bulldog as a more tykish Charlie Brown, or watching the moustachioed huntsman gesticulate to high heaven as he laments a lost heirloom. There’s never any doubt over what a character’s feeling or their intentions, and eccentric, exaggerated though they are, their antics give that much more weight to the overarching tragedy.

Visual design is by far the most impressive aspect of Last Day of June. Together with the heartfelt themes, it carries the emotionally-charged, ever so slightly quirky atmosphere of an indie short, and it’s executed in a way that feels neither forced nor cloying. It’s equally obvious, though, that the ability to affect the past is the one thing preventing it becoming a short film, and as with many in its camp, the game’s attempts to use its time-twisty themes to create meaningful puzzles are rather hit and miss. Initially, the relationship works well: though playing each character involves effectively the same treasure hunt-type objectives (such as finding a rope or unlocking certain doors), the repetitiousness is masked by the knock-on effect produced by their actions. Easing the little kid’s boredom, for example, could disturb the old man, meaning you’ll need to find a way to appease all villagers to keep the wheels of June’s fate from spinning.

The complexity admittedly fades some after the first act, often giving way to aimless wandering as you scour the town’s nooks and coves. As the pleasing landscape begins to lose its shimmer, it can be easy for many sections to feel drawn out or monotonous (with the occasional collectible ‘memory’ offering insightful tidbits into the lives of the villagers), and watching the same cutscene unfold time and again when trying different strategies can stopper the empathy effected so well in other areas. 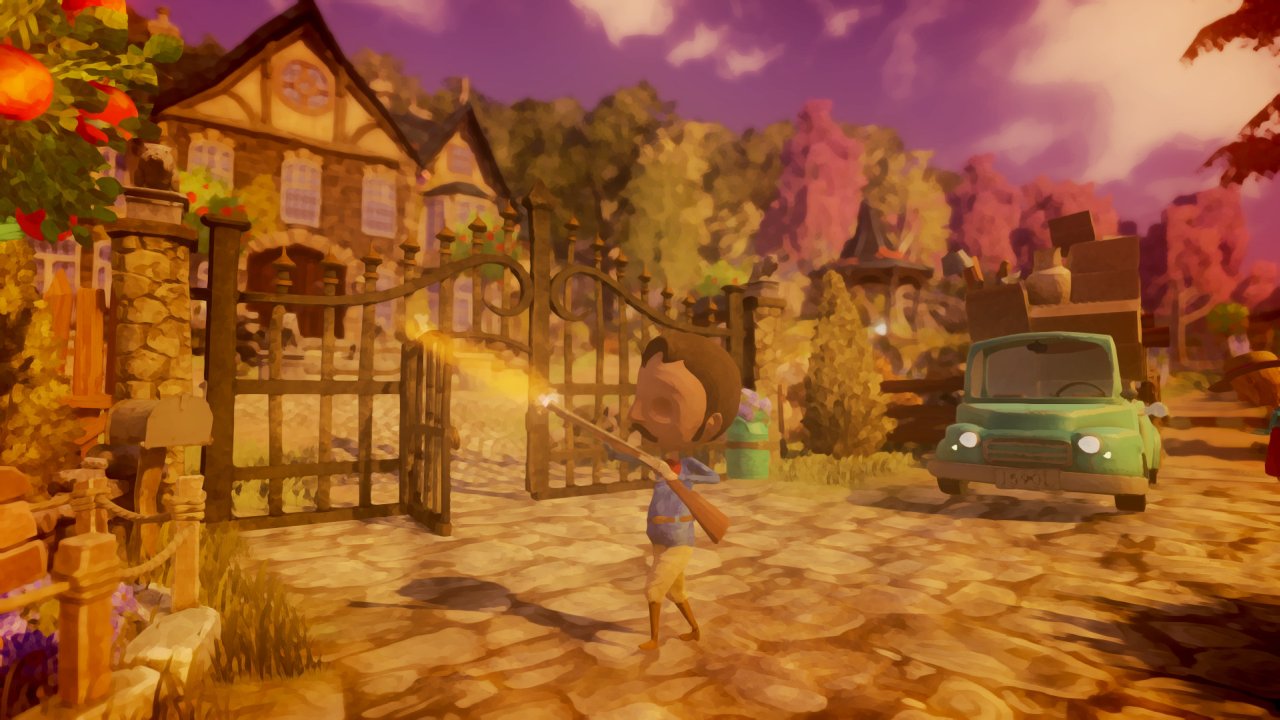 Perhaps it’s fair to argue that rigorous gameplay ‘isn’t the point’ of narrative adventures such as Last Day of June, but overlooking a game’s weaknesses in favour of its genre can so easily trivialise those aspects that really work. Given, there are points at which Last Day of June feels extended or repetitious, yet it’s those filmic moments; the goofy fridge-drawings and silly portrait poses; the frustrated interjections that accompany the helplessness of Carl’s bereavement - that are often quite worth the down periods. Glossing over those weaknesses is - I think - to deny Last Day of June the elegance it deserves as a wistful, funny and occasionally rather unsettling tale of longing and devotion.

Our ratings for Last Day of June on PlayStation 4 out of 100 (Ratings FAQ)
Presentation
87
Resembling something halfway between hand-carved wood and a bleeding oil painting, the idyllic village housing Carl’s journey is as romantically realised as his relationship with his artistic soulmate.
Gameplay
65
The ability to reorganise the past afford June some initial success as a puzzle game, yet samey treasure hunts and recurring cutscenes can render some periods monotonous.
Single Player
73
Last Day of June touches seemingly every romantic cliché there is, but an eccentric cast, heartfelt gestures and beautifully-coloured world give this a humorous, endearing and emotional quality comparable to an independent short.
Multiplayer
NR
None
Performance
88
As a game of such visual beauty, it’s quite a relief to see Last Day of June running smoothly on the PlayStation 4. If present at all, framerate issues are blips, and no glitches showed themselves throughout the four-hour story.
Overall
75
Though not entirely devoid of the repetitious, occasionally aimless gameplay that afflicts several narrative-driven adventures, Last Day of June quite often redeems its down periods as a filmic, affecting examination of grief. 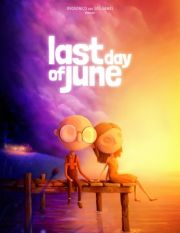