Possession is nine-tenths of the lore

Scores of indie games are released every month on the PC platform, so finding a game that is worth playing is hard, even before taking into account personal taste. Some indie games rise above the rest because of their quality while others become infamous for being awful. But what about the games that are neither great nor poor? Peregrin is one of the many indie games that will likely drift from memory as the years pass, much like how its main character struggles to retain her own memory in a hostile land. Peregrin is a passable top-down puzzler with an interesting story and competent mechanics that involve animal possession, but the competition is tough these days. 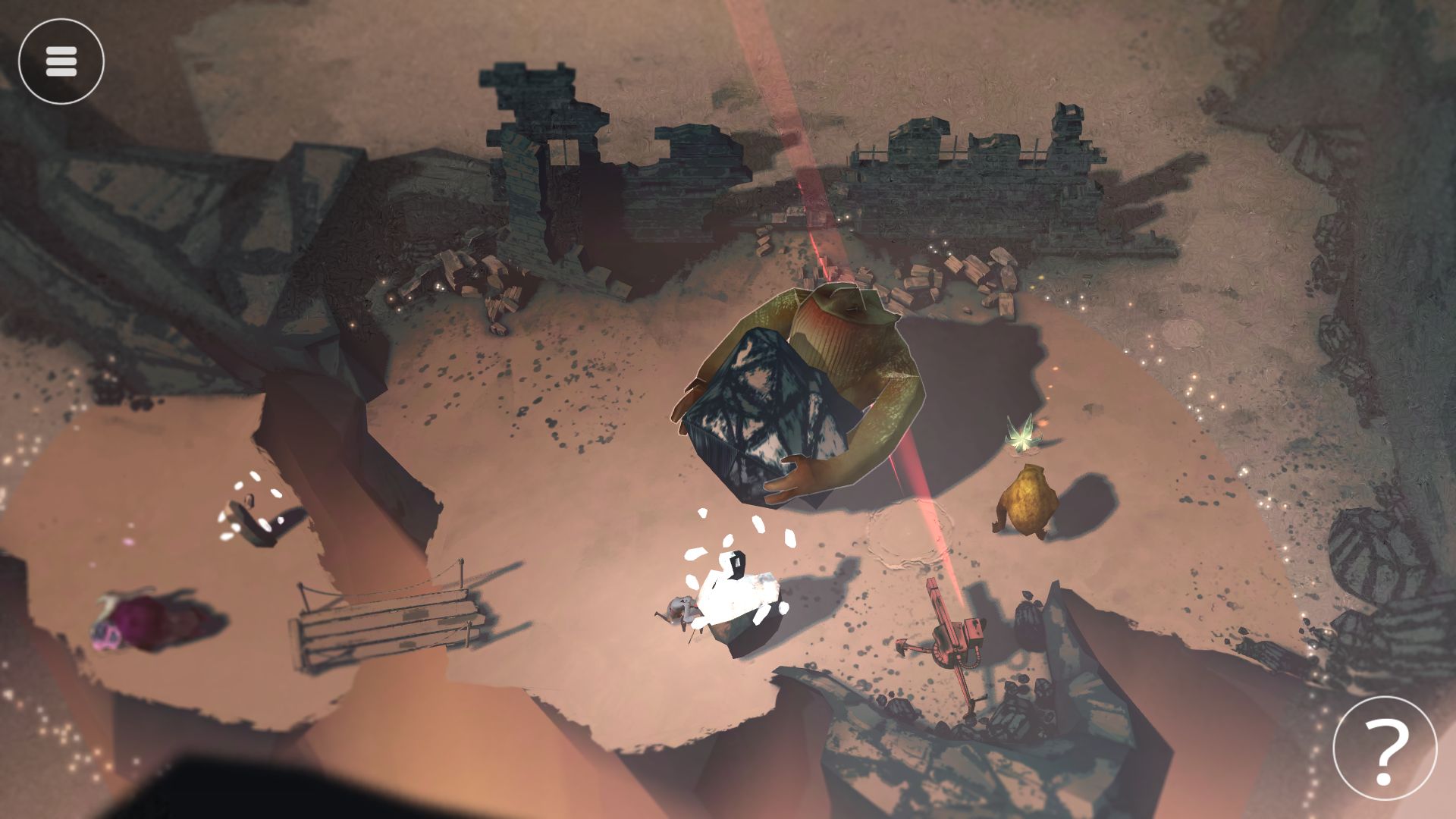 In Peregrin you play as a hero, Abi, who has made her way to “the divide” just as many have done before. Abi is the strongest in a tribe of scavengers and the best chance of navigating through a post-apocalyptic land now occupied by hostile creatures. The divide has a dangerous quirk; spending too much time in it will make you forget everything and everyone. Abi must overcome challenges and visit enormous monoliths that hold forgotten secrets. The monoliths explain why humanity was nearly destroyed and why their military facilities now lie abandoned—they found an element that gave them special abilities and abused it to the point of collapse, as you do.

An ancient prophecy compels the tribe to send a hero on this perilous journey, but nobody knows what the gods require. None have yet survived the divide. Abi is determined to succeed and, as she travels deeper, she will receive supportive communication from people back home and dispiriting echoes of those lost in the hostile land. If she makes it through, will she even remember why it matters? The story in Peregrin is not especially original, but the tale is interesting enough to keep pushing forward.

Abi has a special talent that will help her cross the divide: the ability to possess animals. These animals will help Abi overcome obstacles because they have unique skills. Three animals can be controlled: Goats ram into objects, like bridges, and push them over; lumbering Trolls pick up huge boulders and stand on pressure plates; and finally, Toads can use their long tongues to operate switches or move the rally points for the other two animals. Before she can possess an animal, Abi must interact with a stone totem and then any creature within a set radius can do her bidding. 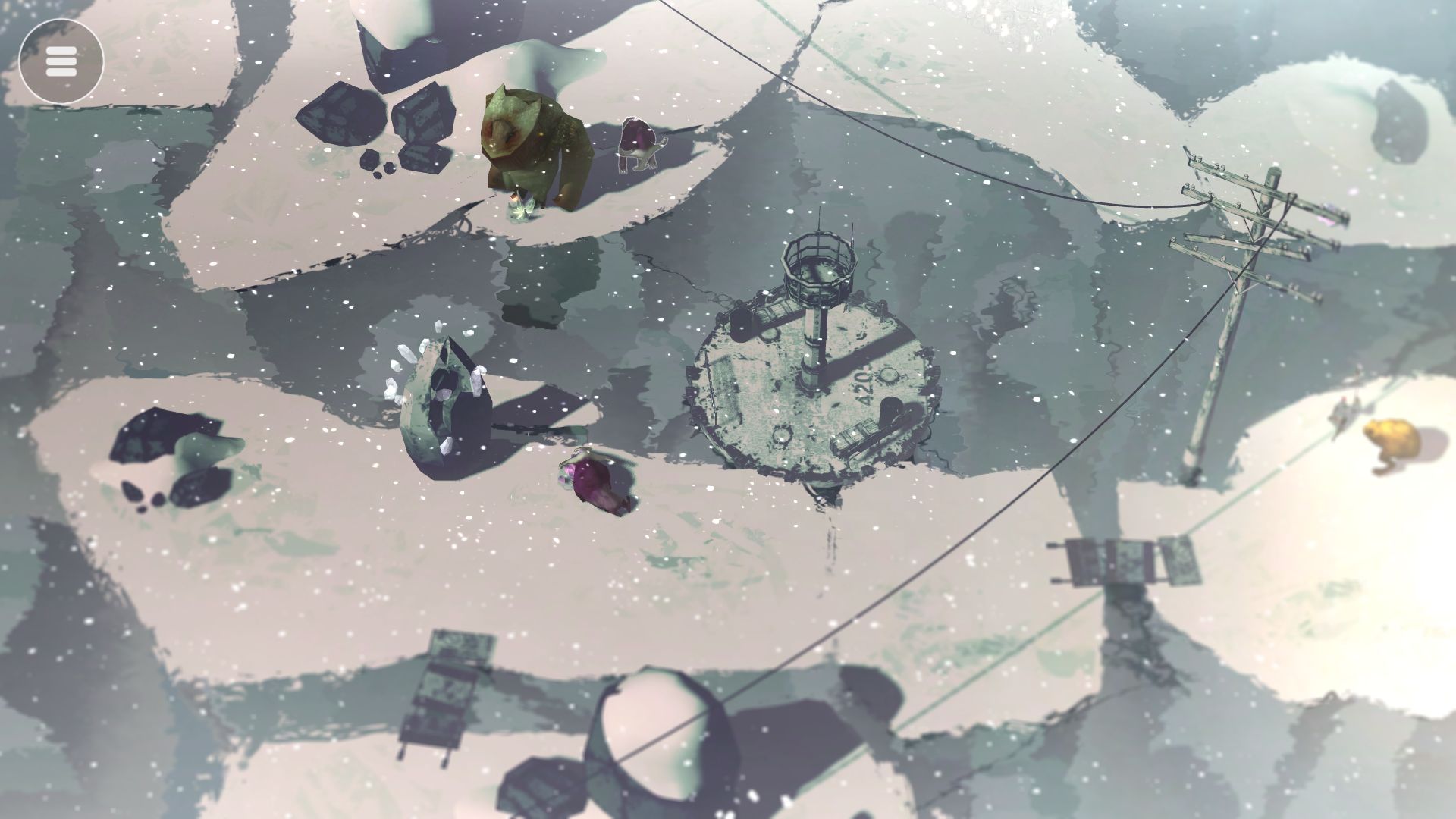 Puzzles and navigation focus heavily on possessing animals and exploiting their limited skills. Most obstacles are basic, requiring only a few steps like blocking a hostile sentry gun with a large stone or rotating platforms with tongue-smacked switches. Positioning is important, as you need direct line of sight to possess animals. Movable objects, like boulders or rally points, can only be placed in specific locations, preventing unintended solutions. An example of a fairly standard puzzle required Abi to stand on a movable rock and have a Troll carry her to a fixed platform. Puzzles are rarely difficult, but they can be completed briskly—setting rally points closer to the action will expedite the swapping process. The puzzles are mostly satisfactory, but they often feel like busywork rather than true brain teasers.

The puzzles in Peregrin are completed via a top-down perspective and a fixed (but partially zoomable) camera angle. Point and click navigation is supported and recommended as free control makes it easy to fall off cliffs. Navigating to the edges of the screen will transfer Abi and the camera to the adjacent area. This switch is met with a brief loss of control as an animation takes Abi, or a possessed animal, away from the edge. It can take 5 seconds before control is restored and this becomes irritating as you move back and forth; the later areas feature more traversal between zones. There is also a delay when possessing creatures, longer when they are further away. While this only amounts to seconds each time, it adds up. Peregrin would be much smoother without delays for possessing creatures or moving between areas. 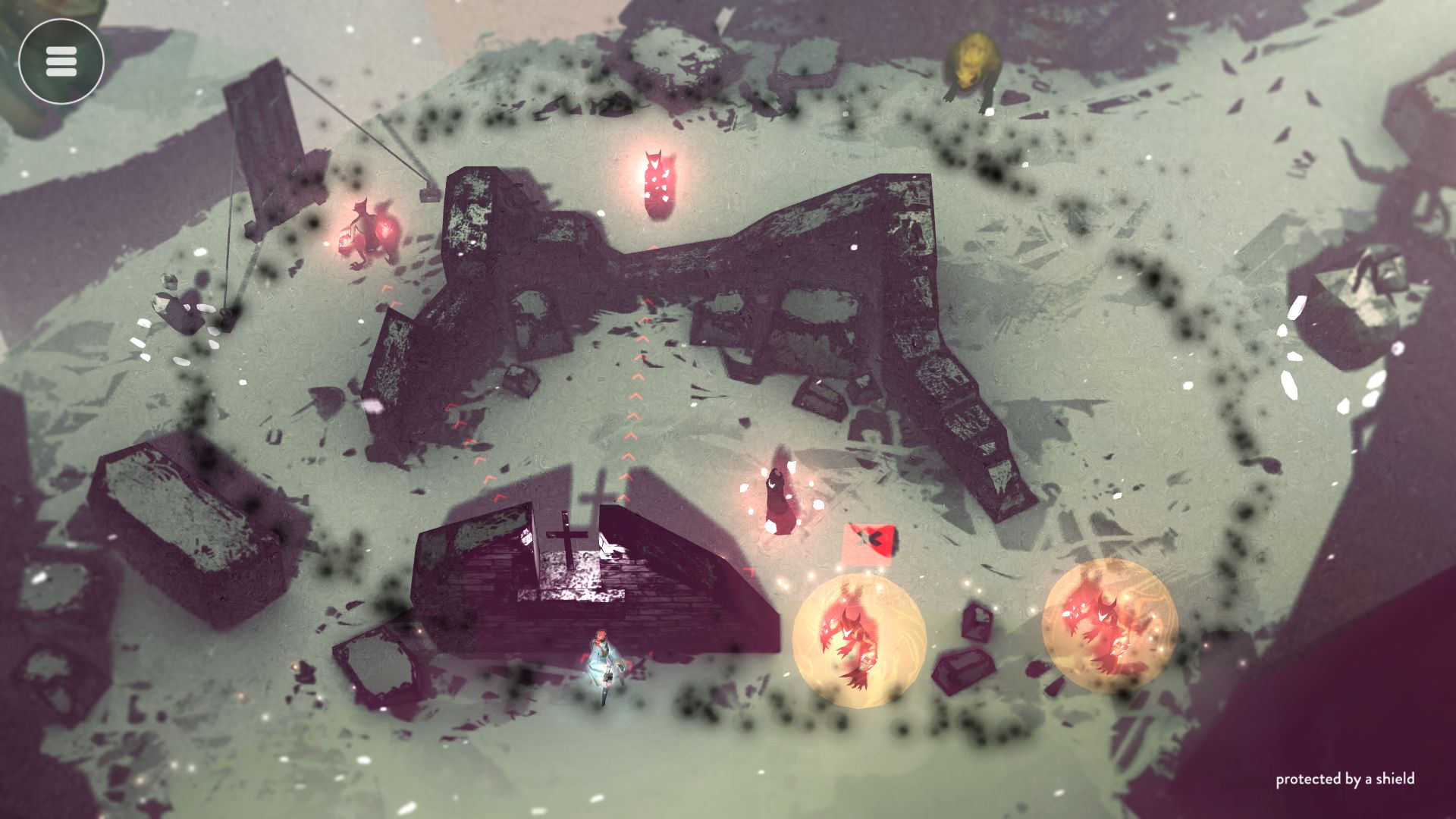 Between the puzzles, Abi will need to battle guardians that wait patiently in battle zones. Unfortunately she is only good in 1v1 scenarios, so when fighting a group of enemies, you must possess them. You can then control them to attack each other or just use them to absorb damage and perish. The combat is effectively turn-based and requires no dexterity. Picking the right foe to possess is important. Combat sections might only have a few possible solutions because guardians can have shields and the combat zones are cramped. The combat is not complex, nor that satisfying, and it basically exists to break up the puzzling.

While Peregrin is only about 3 hours long, it did have a few technical issues despite the relatively simple mechanics. There were a few superficial physics oddities, like falling off carried boulders or launching far into the air, out of the camera's view. The most heinous issues occurred on the edges of screens, where animals tended to get stuck. One of the Toads found itself in no man's land and could not be possessed. In another section, Abi died and yet the game progressed to the next area, leaving her languishing off screen when the checkpoint restarted. Some issues did break the game, and this meant replaying 10-20 minutes from the start of a chapter. A few crashes were also observed but checkpoints are numerous. Some bugs have been fixed with recent patches but there is potential for more trouble related to the screen transitions.

Adopting a painted visual style, Peregrin looks like it is made from colored and textured paper. Landscapes are flat and comprise of muted colors, like greys and browns, which suit its post-apocalyptic setting. The creatures Abi controls have simplistic animations and designs, but they stand out amidst the torn landscapes. Audio is fairly subdued, but the voice work for Abi and other characters is quite good. Music is adequate for the sombre adventure, featuring long and repetitive cello chords and mechanical rattling background noises. The music and visuals do aid in giving the desolate adventure a particularly introspective mood. 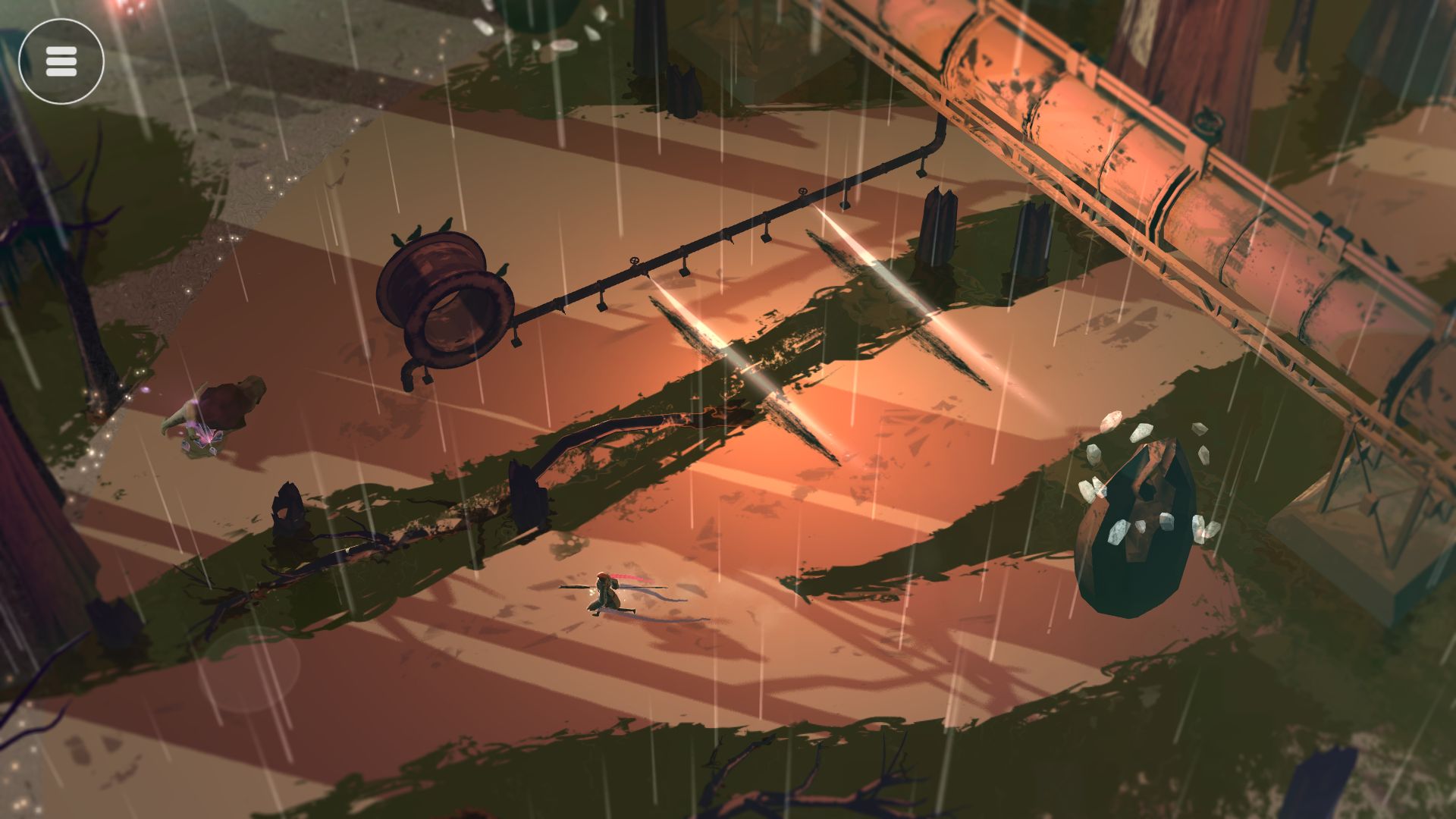 Peregrin is not a bad game; it just doesn't do quite enough to stand out from the dense crowd of indie releases. Possessing animals drives the puzzles and, while there are some adequate challenges, it generally feels more like work as the solutions take longer to implement than it takes to identify them. Numerous delays, like when crossing screens or possessing creatures, don't help the flow either. A few technical issues detract from the presentation, which relies on a pleasant flat visual style and appropriate low-tempo music. It is unlikely that you will regret playing Peregrin, but it is also doubtful you will remember playing it, in the years to come.

Our ratings for Peregrin on PC out of 100 (Ratings FAQ)
Presentation
71
Sombre music and a flat visual style suit the setting. It has good voice work.
Gameplay
54
Puzzles are a little too basic and time-consuming. Combat is bland.
Single Player
65
A post apocalyptic tale that has a few minor twists relating to memory loss and how history can alter with time. It ends on a strong note.
Multiplayer
NR
Performance
(Show PC Specs)
CPU: Intel i5 3570k
GPU: XFX RX 480 GTR Black 8GB
RAM: 16GB DDR3
OS: Windows 10 Pro 64-bit

63
Performance was fine but there were a few crashes and some game-breaking bugs requiring chapter restart.
Overall
63
Peregrin's simplistic puzzles, technical quirks, and uninteresting combat hold back an adequate tale of a hero's desolate journey into a lost and fractured land. 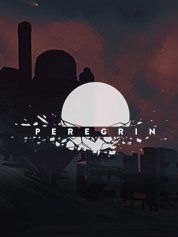