Fullbright’s Gone Home didn’t invent the walking simulator by any means, but it was a breakthrough hit for the genre, a success that can be measured by the amount of backlash leveled against the game while it managed to sell over a quarter of a million copies within about six months. So the anticipation has been palpable for the studio's follow-up act, Tacoma. While this latest effort feels undeniably different in terms of setting and scope, Fullbright has doubled down in its gameplay ideology - telling a narrative through environmental clues with chunks of audio doing the heavy lifting. 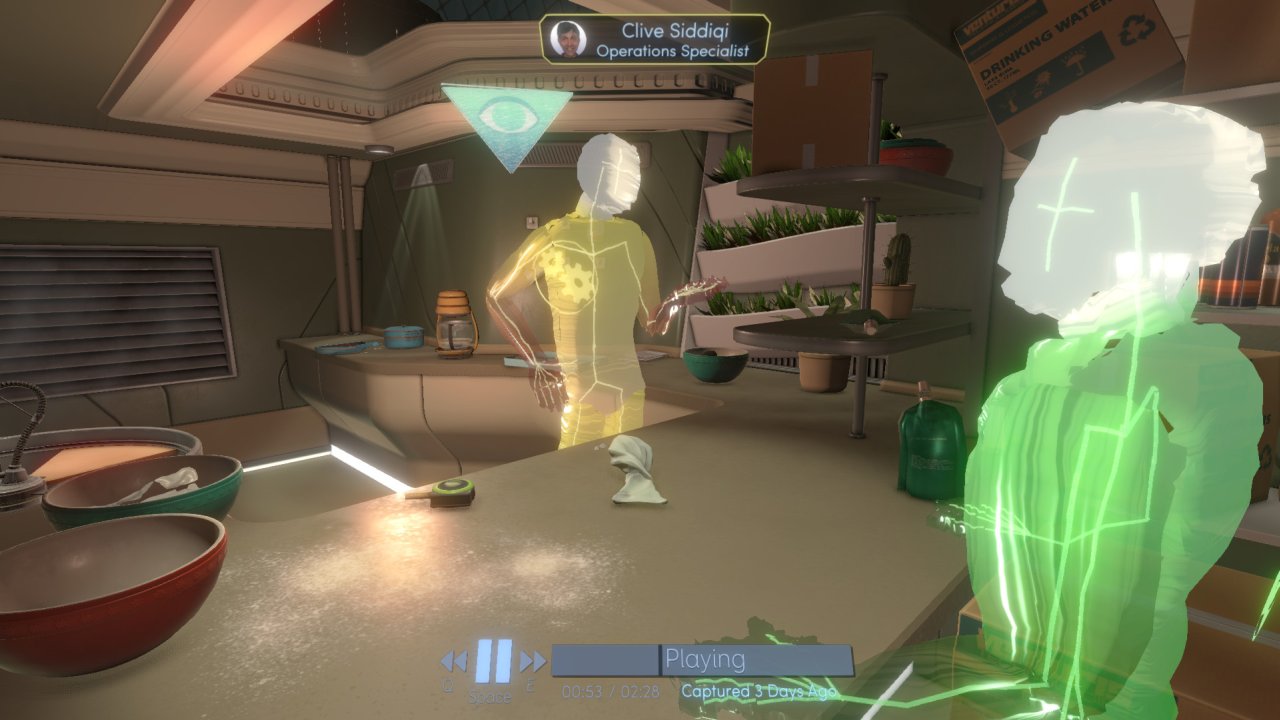 The idea has minorly evolved in interesting ways, but it’s easy to see how Fullbright got from point “A” to point “B” with Tacoma. Yet, for all of this evolution, Tacoma can’t help but trip up in some crucial ways. When a game is mostly focused on the narrative and environment, it puts a lot of weight on the former to be engrossing and satisfying, and while Tacoma has its moments, they are fleeting. While Gone Home thoroughly dug into the minutia of the Greenbriar family and painted a narrative backdrop with an almost overly-simple love story, Tacoma tries to give the same depth to each crew member aboard Tacoma space station while exploring big ideas like the importance of Artificial Intelligence, humanity’s endurance in impossible situations, and the evils of capitalism. There are so many ideas swimming in Tacoma's vacuum, none of them manage to rise to the surface, which leaves the game feeling a bit half-baked.

Tacoma follows the investigation of Amitjyoti “Amy” Ferrier as she searches the remains of the Lunar Space Station Tacoma with the intent of extracting the station’s AI, ODIN, and returning it to Venturis Corporation who own the station. While on Tacoma, Amy is equipped with an Augmented Reality interface to help her locate ODIN, but the AR has also has been recording the actions of the crew over the last 48 hours, during which time the station is struck by debris and the crew is forced to choose between going into cryosleep (praying Venturis comes to rescue them) and attempting to use spare parts to build a drone in order to escape. This means that as you explore the station, you’ll watch little scenes play out where characters represented by colorful humanoid blobs deal with the aforementioned dilemma.

The whole production works well enough. The animations and voice-acting acquit themselves nicely and the writing is sharp. It’s also fun to have group scenes that last one or two minutes, but have to be rewound (a function of the AR recordings) and explored so that you can follow conversations as the group breaks apart and characters wander the area. Still, my favorite moments in Tacoma were in the private quarters of the crew where the depth of the characters is really fleshed out. Much like in Gone Home, Tacoma is very good at exploring characters through little clues. The amount you can learn about each crew member is impressive considering the size of the cast. 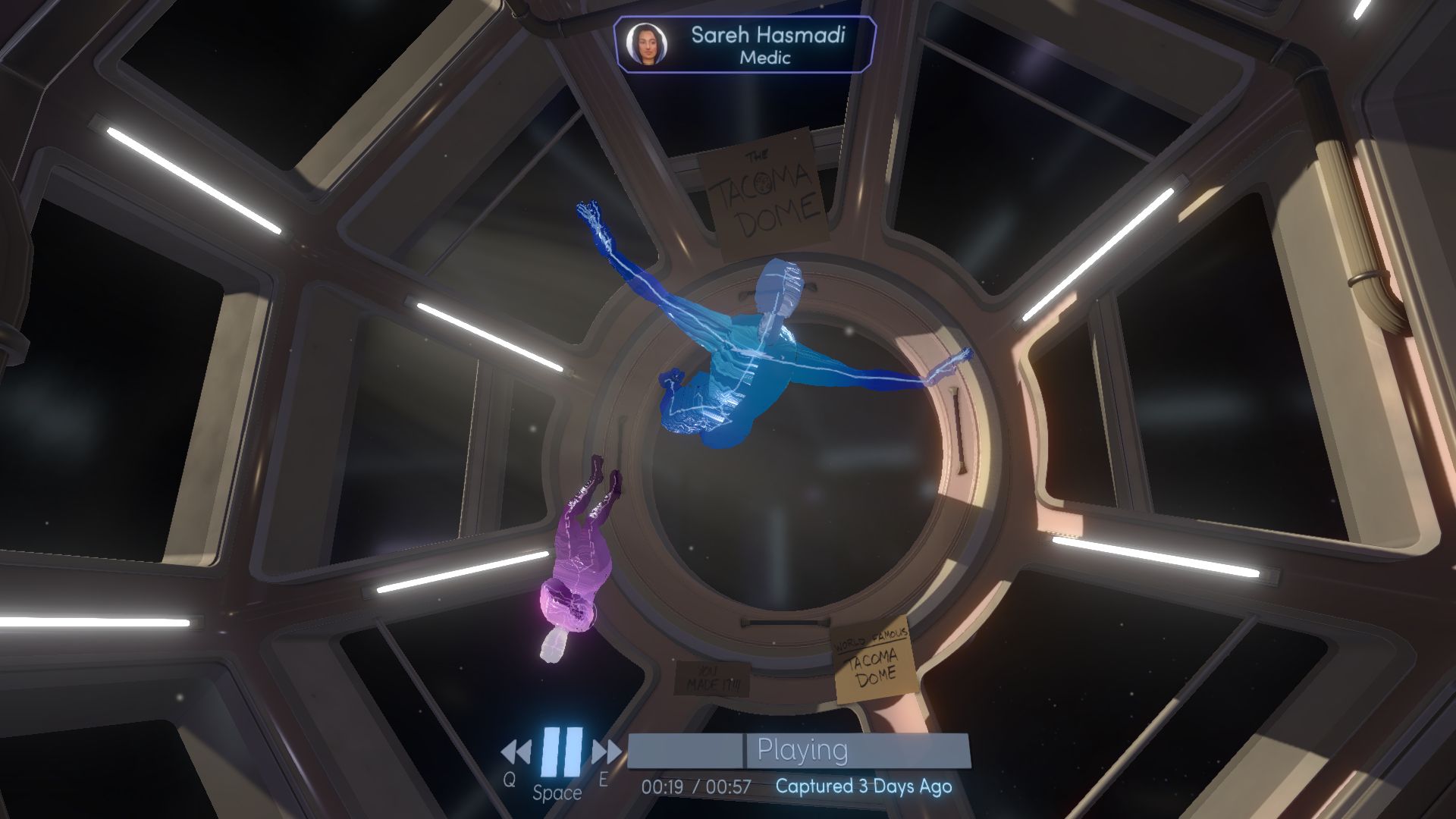 The issue with the narrative is that the game moves a bit too fast for you to really take it in. There are only about four or five big group scenes and two of them are setting up the plot, leaving only a few scenes to cover the majority of the arc. This would be bad enough if the game didn’t feature a ham-fisted, deus-ex machina ending that doesn’t really pay off for any of the storylines.

If there’s one interesting theme that Tacoma continues to push to the forefront, it’s the idea of a globalized society and a progressive vision of the future. The cast is diverse and the old borders of our modern world seem to have dissolved. Each member of a Tacoma station still has some documentation that denotes where they’re from, but IDs read names that indicate continent-wide coalitions of government as opposed to the more familiar national ones. However, within this globalized structure there seems to a huge influence of capitalism. Secondary education seems to almost completely be run by corporations (like Amazon University) and this leads to certain businesses not recognizing people’s education because it didn’t come from the right school, or schools refusing financial aid to children because their parents don’t work for the right company. Tacoma rarely remarks on any of this, and instead just presents it in their lean, found-object method of storytelling, but it remains interesting.

While the greater setting of Tacoma feels refreshingly unique, the station itself is much more trite. The whole design is rote and can’t help feeling iterative of games like System Shock and this year’s Prey, while also riffing off of movies like The Martian. To help shake things up, Fullbright fills the space with little surprise discoveries. Simple items like basketball hoops, novels, instruments, and tools are worth stopping to pick up and examine. The voyeuristic exploration is satisfying as you dig through each crew member’s personal belongings to learn more about them. There’s a surprising amount of environment interactivity as well; you can play pool, throw darts, play music - none of this is core to the game, but little tweaks to allow for a more immersive environment. 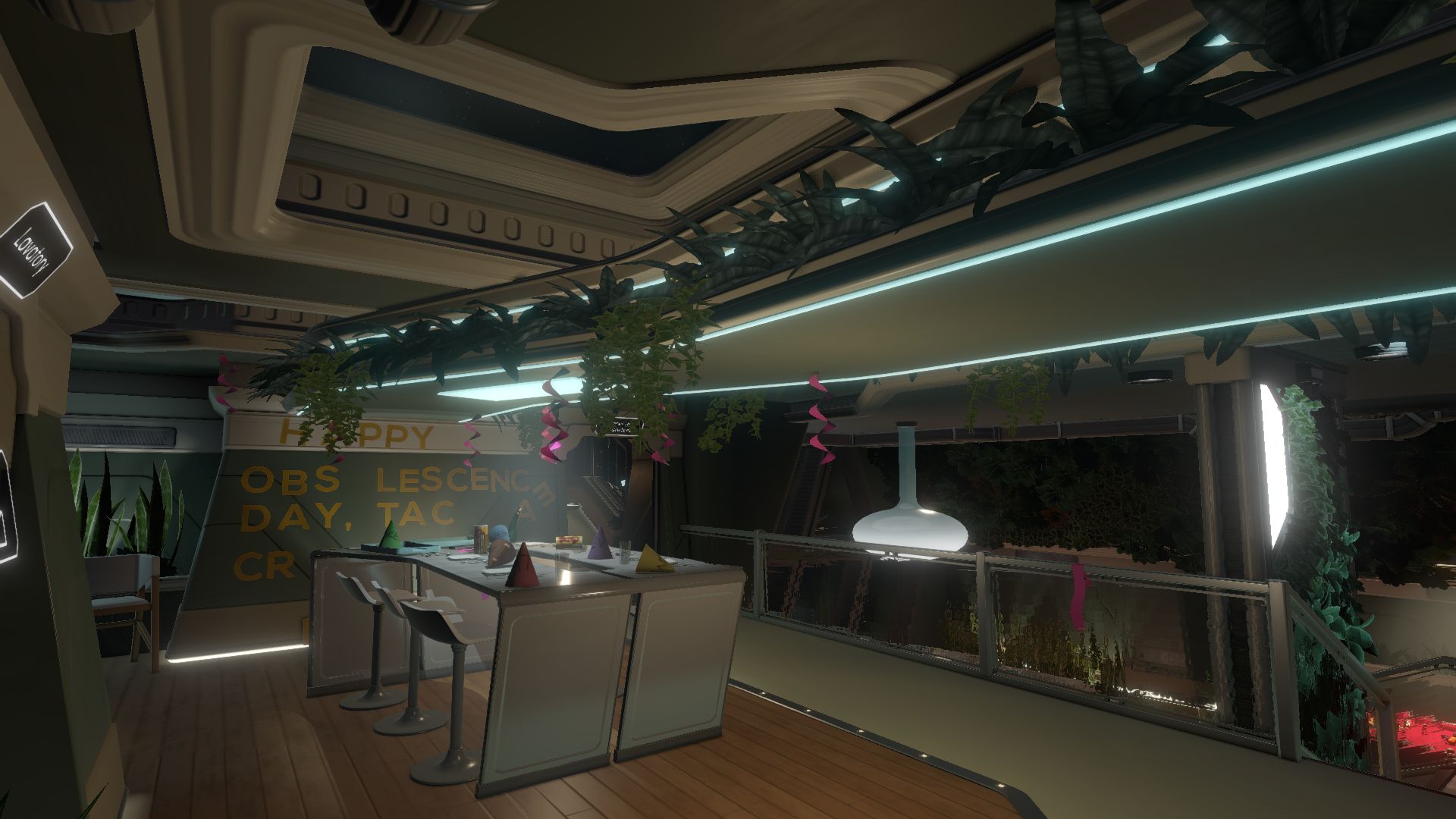 Yet, the whole production still can’t help but feel a little sterile. It’s pretty clear that Fullbright is putting in an effort to decorate each space with as many props as they can to create the illusion of life onboard Tacoma, but it lacks the atmosphere of other exploration games like Gone Home or Everybody’s Gone to the Rapture, and even this year’s What Remains of Edith Finch. I was interested to find out what happened to the crew, but I never felt a sense of danger or was all that invested in the mystery. Part of this is inherent to the setting, as the very purpose of the scientific space station facility is to be cold and alien, but this kept my emotions at arm’s length. The game’s fiction purposes that crew members could rent out their rooms to high-paying tourists, but I honestly couldn’t understand why anyone would want to visit a facility like Tacoma.

I also had some technical difficulties with the game, mostly related to the controller support. While playing on PC, the game didn’t seem to register my Xbox 360 controller, and I had to resort to using the Xbox One pad. Then, even with the new controller plugged in, I still couldn’t use the left trigger. I played the first part of the game using keyboard and mouse, then after restarting the game, the Xbox One controller seemed to work. There are also some framerate issues when going between the hub and the facilities of Tacoma station. These are annoyances more than anything, but they’re worth calling out.

I liked Tacoma, and I’m sure that Fullbright fans or those who enjoy exploration games of this sort will dig the studio’s second offering. However, when a game has such a simple design, it becomes reliant on environment and narrative to do a lot of the work to get players invested. And while Tacoma’s narrative and environment are fine, they’re just that: fine. The game trips over its own feet a bit while trying to explore loftier ideas than the studio’s previous game, but that ends up doing a disservice to each of them in turn. It’s a decent offering, but doesn’t quite satisfy.

Our ratings for Tacoma on PC out of 100 (Ratings FAQ)
Presentation
76
The slick but impersonal space station has a lot of props to examine, but it isn’t all that interesting in its own right.
Gameplay
79
Taking in Tacoma’s multi-faceted conversations is a cool idea - further engaging in the idea of exploration, not only of environment, but of dialogue.
Single Player
63
There are a lot of things Tacoma is trying to say, but they come at you so fast and are so quickly dismissed it’s hard to meaningfully reflect on any of them in particular.
Multiplayer
NR
None
Performance
(Show PC Specs)
CPU: Intel Core i5-3570K
GPU: Nvidia GeForce GTX 660
RAM: 8GB
OS: Windows 10 Home 64 bit

69
I had some issues with the game’s controller support, and some framerate drops. Nothing awful, but annoying nonetheless.
Overall
72
The lean gameplay and mechanics don’t gel with the unfocused narrative, and it’s a singular flaw that Tacoma can’t overcome. There’s plenty to like in the game, but it struggles to find a cohesive theme that brings the experience together. 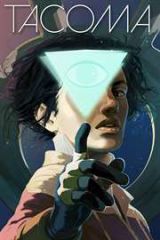 Our Review of Tacoma
72%
Good
The Verdict:
"A solid narrative adventure that doesn't quite reach the heights of its predecessor"
Game Ranking
Tacoma is ranked #947 out of 1659 total reviewed games. It is ranked #79 out of 174 games reviewed in 2017.
946. Abzu
PlayStation 4
947. Tacoma

All videos for Tacoma (3)
Advertisement ▼