The video game industry loves yearly franchises. They typically bring plenty of cash and fan interest - after all, it takes a certain level of success to be able to output a new entry every twelve months, year in and year out. That's exactly the position that Ubisoft found itself in with the Assassin's Creed franchise. Following a promising first entry, the series really exploded onto the scene with the sequel, and has been cranking out a new edition every fall ever since. Well, except for last year, that is. Either due to series fatigue or general lack of interest, the success began to drop off, and it was time for a break. This year, Assassin's Creed is back with Origins. Promising to be a reboot that will bring back fans, old and new, there's quite a bit of pressure for the franchise to come out swinging. We had a chance to play Assassin's Creed Origins at E3 2017. 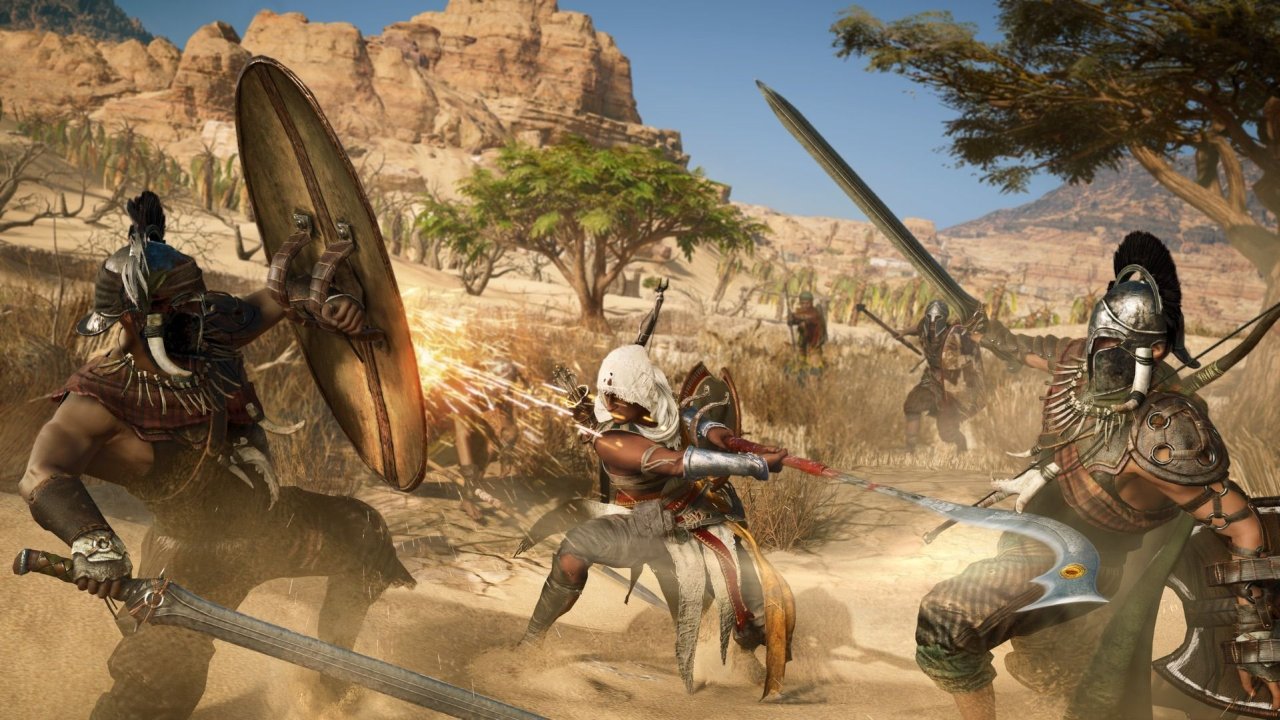 First, some background. The game takes players to Ancient Egypt, starting at around 49BCE, as players will witness the very foundations of what will later become the Assassin’s Brotherhood. This is the earliest timeline that the franchise has ever offered, so the developers say they spent a lot of time doing research and creating a historically accurate world. In this world, players will assume the role of Bayek, the last Medjay, a member of the Ancient Egyptian police. His personality is reactive, we are told, and he has been forced out of his home village of Siwa by dramatic events. Now, he is in search of answers and trying to uncover a mystery.

Our demo was in two parts - first, we headed into Gladiator Arena Battle. This event is meant to help players hone their combat skills and get used to the new mechanics. As you progress through the story, there will be a few such arenas that players can later return to in order to face off against waves of enemies and bosses - which not only helps you become a better fighter, but also grants experience and new loot. The arena itself had a fairly typical design - a semi-open area with some clutter as well as spiked traps and beams. Dodging these traps was easy enough, but they added another element to be aware of during combat. And it's in combat that Origins begins to clearly differentiate itself from the previous games. Although 2015's Syndicate already featured a slight tweak to the systems that have remained more or less the same over the years, Origins really scraps everything and starts from scratch. Now, the action flows more like a third-person action game than an Assassin's Creed game. It's all about dodging, parrying and counter attacks, but on a much faster pace than before and with a very different feel. It reminds of the Dark Souls-lite-like approach that many other action games have taken up recently. And nowhere was it more evident that during the boss encounter; the Slave Master would swing his weapon wildly in a series of far-reaching attacks. Getting caught in that combo would spell certain doom, but dodging far and wide and then coming in for a few strikes of your own was the winning strategy. You've also got a shield, and the choice of many different weapons, from far-reaching spears to the close and fast swords. Following a few rounds of combat, it is clear the Assassin's Creed Origins is an entirely new combat system, and not simply a revamp of what came before it. And it plays really well, too. 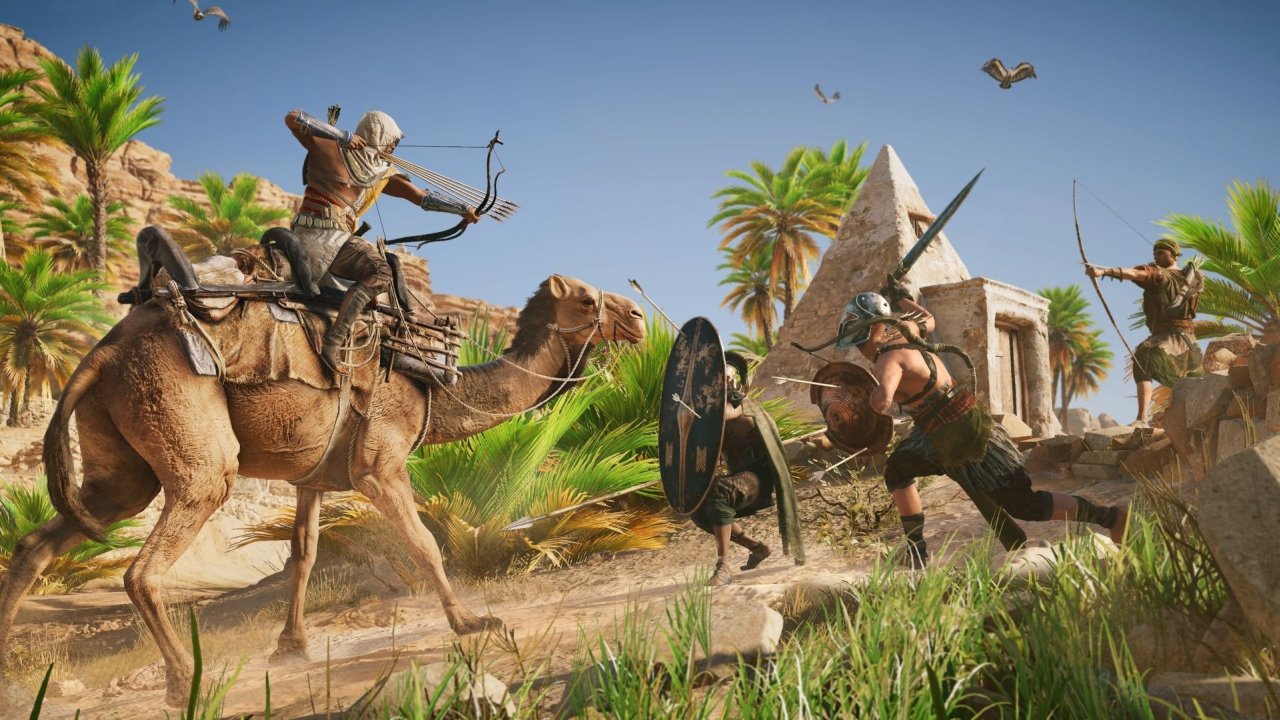 After getting comfortable with the combat, we had a chance to explore some of the open world in the second part of the demo. We were let loose in the region called Faiyum. In the interest of time, we could only explore a portion of this region; a coastal town and the nearby desert. A large quest marker greeted us as we set out, but unlike previous games, there is no longer a minimap. Instead, there is a Skyrim-like compass at the top of the screen that identifies the direction you should head in for a quest, as well as any other points of interested or undiscovered locations nearby. This is just the first sign of the other big change for the franchise - it is now heavily invested in being an RPG. While a few previous games dabbled in this concept, Origins is going all-out. You've got an inventory to manage, weapons and armor feature a variety of stats and rarity, and the menus remind you somewhat of Destiny. A large and intertwined Ability skills tree helps you plan out your ability upgrades (with 3 main branches being the Master Warrior for melee skills, the Master Hunter for ranged weapons and stealth, and the Master Seer for tools and manipulating the environment and animals), and your overall level helps understand what foes will be too tough to take on just yet. There's also a crafting system, though it will be familiar to fans of Far Cry, wherein materials are used to upgrade your weapons/armor. There's even a choice to show mercy to bosses. All in all, this is no holds barred RPG design, and it seems to be quite seamlessly interwoven into the Assassin's Creed mandate.

The RPG elements spill out into other facets of gameplay, such as the world itself. Instead of following a few main storylines, Origins promises a number of different sidequests to be available, as you'd expect from an open world RPG. The NPCs will follow their own lives even if the player is not nearby, and the relationships that you develop with certain characters may play out differently depending on your actions. There will also be an animal AI system, so humans may often be in deadly conflict with the local wildlife. During our demo, we went for a swim and were attacked by an aggressive hippo. Having dispatched it, we noted that a corpse of a crocodile floated nearby, another victim of the hippo. You can loot humans and animals for materials as before, but it's quicker this time around. The reason we were in the water is because we decided to do a quest for a local priest, who asked us to retrieve some gold statues from the bay. To find them, we used Senu, a Bonelli’s Eagle that belongs to Bayek. Just as in Far Cry Primal, you can use Senu to scout ahead and mark enemies, reveal item locations, and so on. Senu is relatively easy to control and has an ability to hold in place so you can get a precise look at something. Having found the items, we swam to the bottom (you can dive in Origins) to retrieve the gold, and grabbed the other piece from a captain on one of the ships in the harbor. With the quest completed, the priest did not appreciate being told he was wrong - it wasn't the follower he was punishing that took the gold in the first place. Following this quest, Bayek could start a new quest chain to help the follower and reveal the priest's true motives - or we could go on and do something else entirely. 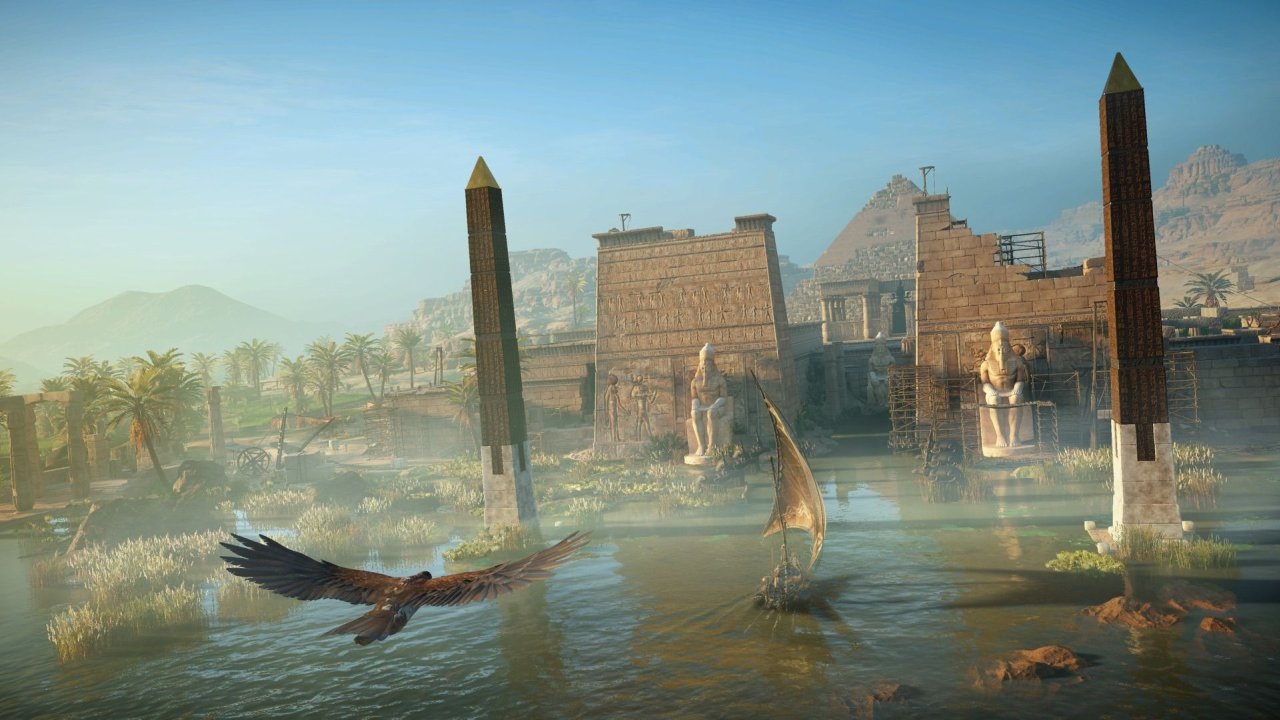 Despite spending a considerable amount of time with the game, it felt like we had just scratched the surface of what Origins has to offer. Other notable features included the ability to meditate (which would fast forward time and thus change the behavior of the AI and conditions of the world), or the choice to go on real treasure hunts with Papyrus hints (no in-game marker to guide you). This is truly a brand new start for the series - an entirely different experience that was truly redesigned and expanded in scope, while maintaining the key elements that made the franchise stand out. The stealth/action balance, the climbing freedom, and the historical setting are now joined by well designed and deep RPG elements that guarantee this is not the same Assassin's Creed you're used to. Look for Assassin's Creed Origins to launch this October for Xbox One, PS4 and PC. 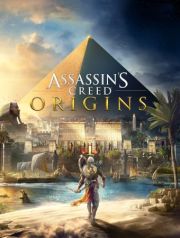 901. The Gardens Between
PC
Related Games