There was a point in time when I knew my way around the PC shooters, when the mouse and keyboard layout was second nature to me; but those days vanished with years of Halo, Timesplitters, Borderlands, and Titanfall. So when the kind people at Bungie said I was going to have to maneuver my way through their new world of Destiny 2 with the “WASD”, I was a little nervous. I’ll talk more about the difference between the PC and console experience in my preview of the single-player mission, but they definitely felt different. The best part about trying out the game on both PC and PS4 though is that I got the opportunity to play multiple matches of the new Countdown game mode in Destiny 2’s competitive multiplayer. 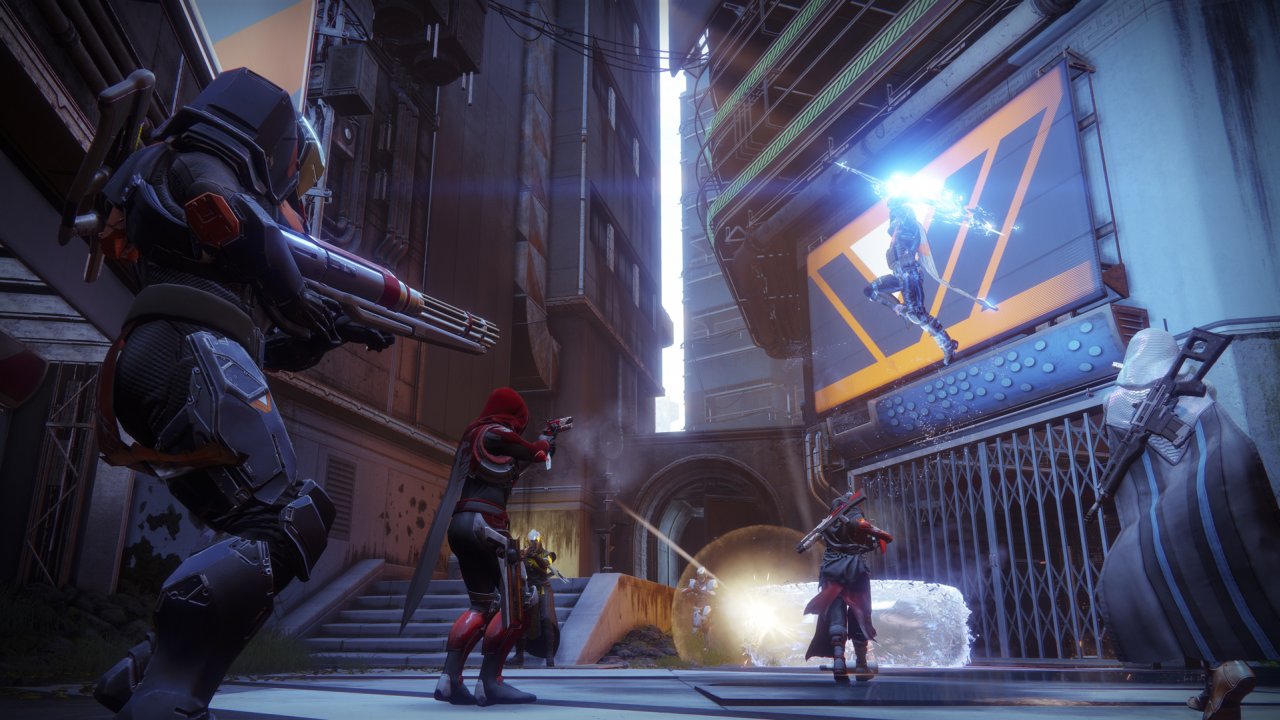 In my first match, I was playing the Warlock Dawnblade subclass, equipped with the Better Devils hand cannon as my main weapon and the Suros GJS-42 hand cannon as my secondary. For all of the gameplay previews last Thursday, they had us playing characters at level 20 with a light level of 200. So we were decked out with some high level weapons, definitely not starting materials.

Our Countdown match was being played on a map called Midtown, which seems to be based on the last human city on Earth. It’s a map that is filled with alleys and small rooms, close and intimate, where knowing all the entrances and exits is of the greatest importance. As the match began, I figured I’ll stick close to my teammates. All activities in PvP will be 4v4, which is a drop from the original Destiny that supports up to 6v6 multiplayer gaming. Bungie says the game will be rebalanced for this new smaller-team format. There’s strength in numbers and I really don’t trust myself lone-wolfing it around this map with these unfamiliar PC controls. I thought I'd play it safe and timid, as I am also simply trying to get a feel for Countdown as a mode.

Essentially, there are two attack points on the map, which the attacking team want to trigger. You do this the same way you interact with most things in Destiny - stand next to it and hold the interact button. Once the timer on the bomb has been set, the attackers become the defenders as they try to protect the bomb so it can go off. The defending team at this point needs to deactivate the bombs before they detonate. If at any point a team is wiped, the round is over and the other team wins the round. Whoever wins six rounds wins the match.

I just try not to die the first few times out, jumping in to assist with teammates who are wandering into unfair fights, and defending our point. We jump out to an early lead. When we’re attacking we quickly swarm one of the bombs in force, arm it, and go lock down the perimeter. When defending, we split into teams of two and try to disrupt any incoming attacks long enough to run out the clock. Wiping the attacking team is nice, but as I think on it, a better defense strategy is to not overextend and make the attacking team take risks. Often attacking teams would retreat, the defending team would pursue, and in the pursuit the tides would turn with defenders going down. 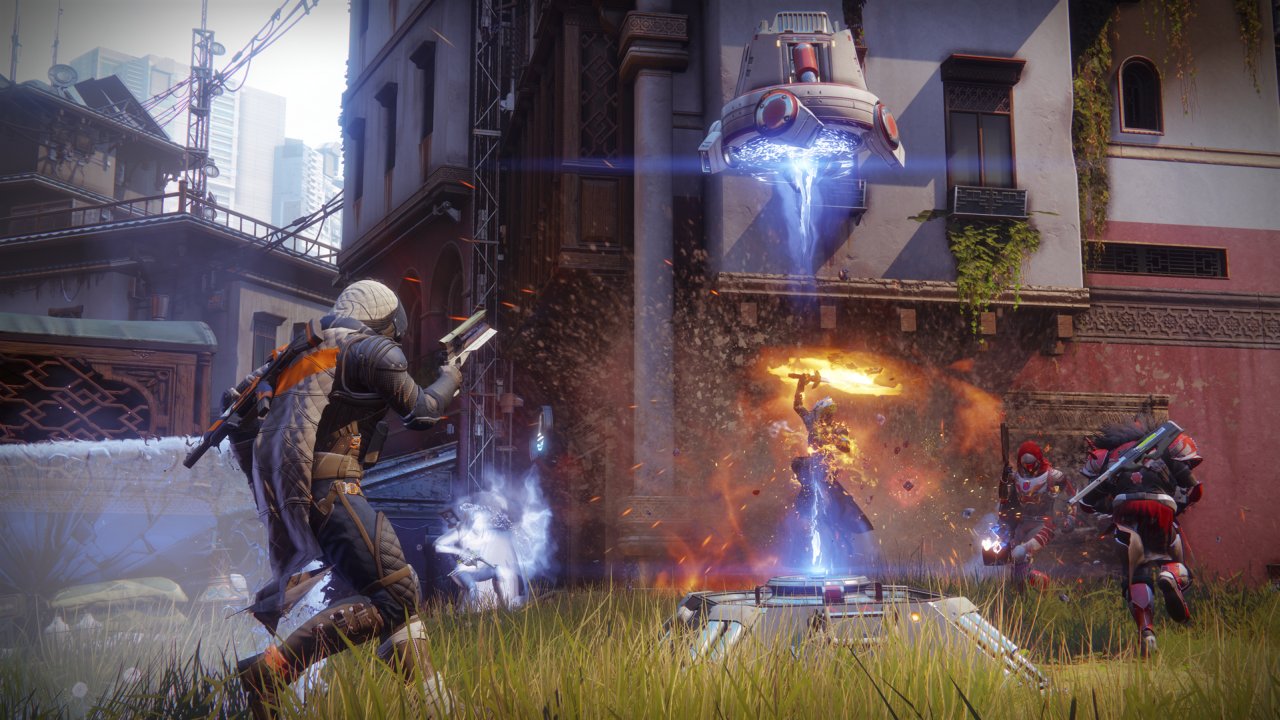 I get the sense early in my matches that it is easier to attack than defend. When attacking, my team squads up in four-some that gives us an instant advantage as the defending team is forced to split their numbers to make sure both points were covered. There is no automatic respawning, so after we use our numbers to overwhelm and take out the two defenders, we have an instant advantage. Also, once the bomb it triggered, it takes a while to deactivate, so the defenders have to act fast in try to reach the bomb. We don’t need to establish a solid perimeter as much was we just needed to harass the defending team to make sure they don’t have a clear route to the bomb.

With the mouse and keyboard set up, I’m not much help with killing and shooting. Especially because the strategy in Destiny 2 is less about the pure shooting and more about using special abilities or implementing a well timed melee attacks to finish someone off. While my aim with the mouse is precise, my ability to navigate the keyboard with my left hand leaves a lot to be desired. Instead, I focus on being support. While my team engages with enemies, I dash in and detonate the bomb, or on defense I’ll sacrifice myself in an effort to disarm a live detonation. I’ll also work quickly to revive fallen teammates; you only get four revivals in a round, but it never felt like we had to conserve them. Also the moment you have a 3-1 or even 3-2 advantage, victory felt almost assured.

We take the first match 6-2 and then I got the chance to play on the PS4, familiar territory for me. I’m more confident, which is both a good thing and bad thing. Sure, I’m more skilled and a 1v1 fight is pretty even odds for me, but that also makes me reckless. Occasionally, I’ll break off from the group, hoping to get the drop on an enemy, only to find an opponent is doing the exact same thing.

Still, I have a good enough team that things remain pretty even early on. I’m starting to find some of the more obscure passageways throughout Midtown. One point feels easier to defend since it’s tucked in a room, which prevents players from going airborne and forces them to bottleneck in the entrance. The other point is more open, with multiple routes for attack. 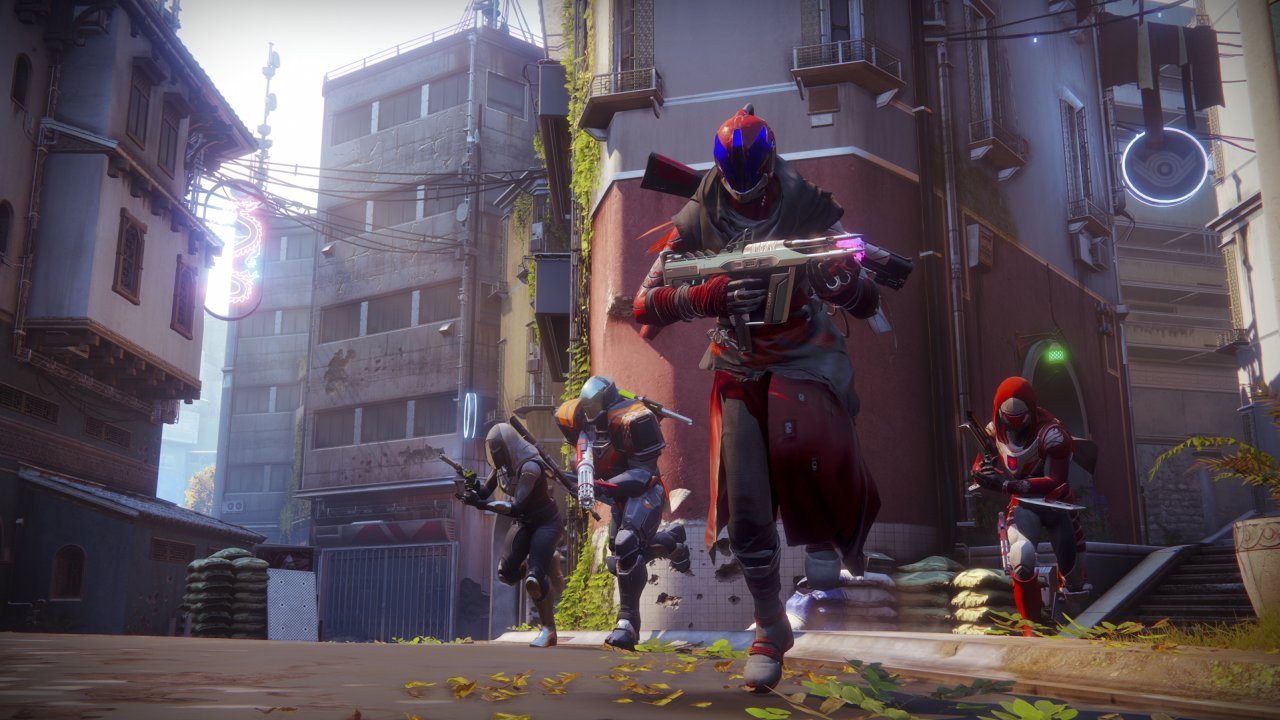 As myself and others spend more time with the map, the rounds start to be more complex. The flanking route I used a few times with great success is now being watched and I stumble into a trap as Solar Grenade goes off next to me. When I switched to the PS4, I traded my Warlock for a Hunter Gunslinger - a class I’m less familiar with. However, I’m loving the Nightshade pulse rifle I have equipped and I’m using the Sunshot hand cannon as a secondary weapon.

If it seems weird I’m not mentioning the power weapon in the PVP it’s because I rarely got a chance to use it. You choose a power weapon at the start of the match, but the ammo for it drops at certain times and retrieving it is usually a pretty risky proposition, so I largely relied on my first two weapons and my abilities.

We come to a turning point in the second match, a round I still keenly remember. We’re tied 2-2 and playing attack. We quickly arm the bomb in the small room with limited entrances and exits, then try to form up and protect it. I saw one of my teammates go down and two opponents enter the room. They haven’t seen me, but I’m outnumbered. Luckily, I have my special ability. I trigger my Golden Gun and take out the two enemies as they start to disarm the bomb. I’m checking to make sure the room is clear when another enemy enters with their Warlock Daybreak ability triggered and wastes me with their sword.

Before I know it, the round is over. Which is an important observation. The rounds of Countdown move pretty quickly with a timer of a minute and a half. The down time between rounds is usually pretty brief, so the ideal match takes between fifteen to twenty minutes. 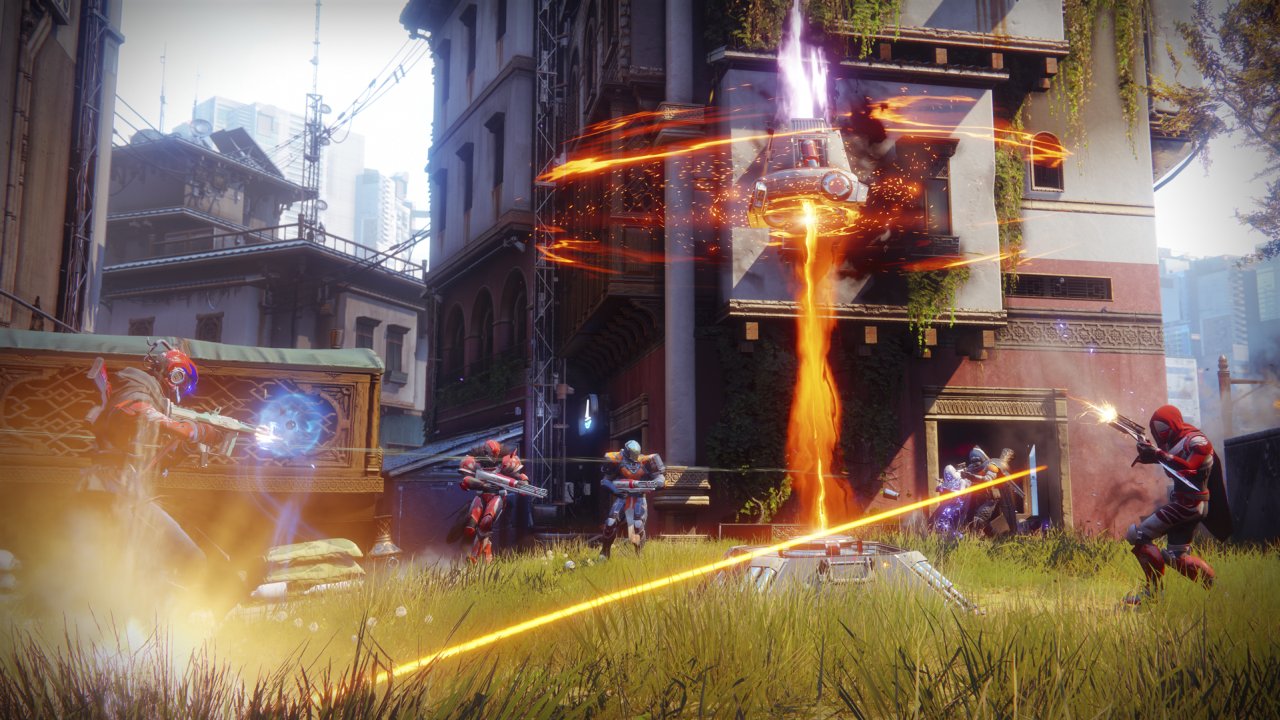 We never recover from the setback and end up losing the match 6-2. It’s hard to get a larger scope of the Destiny 2 PVP without seeing more maps and how some of the more familiar modes play. But it was nice to see this attack/defend gameplay in Countdown. Even when I felt outskilled and outmatched, I knew there were things I could do to help my team win and it kept me engaged. Destiny 2 still moves fast and it’s not difficult to imagine that soon the Crucible will be filled with players who are far beyond my abilities, but Bungie is trying to build a PVP mode that remains inviting and inclusive. It’s a cool idea and I hope it works.

Destiny 2 will launch on Xbox One and PS4 September 8th, and on PC sometime thereafter. Read more about the game in our Strike Mission preview and Campaign Preview.