There’s been no shortage of indie 2D metroidvanias in recent years, though very few choose to evolve beyond the basics, often sporting a pixilated art style and minimalistic story. In this regard, the recently released Pinstripe is a rather different experience. The game focuses on offering players a touching story, combined with a haunting atmosphere and great art design. And though it is let down by repetitive and rather straightforward gameplay, fans of dramatic adventures and unique visuals should still find it appealing. 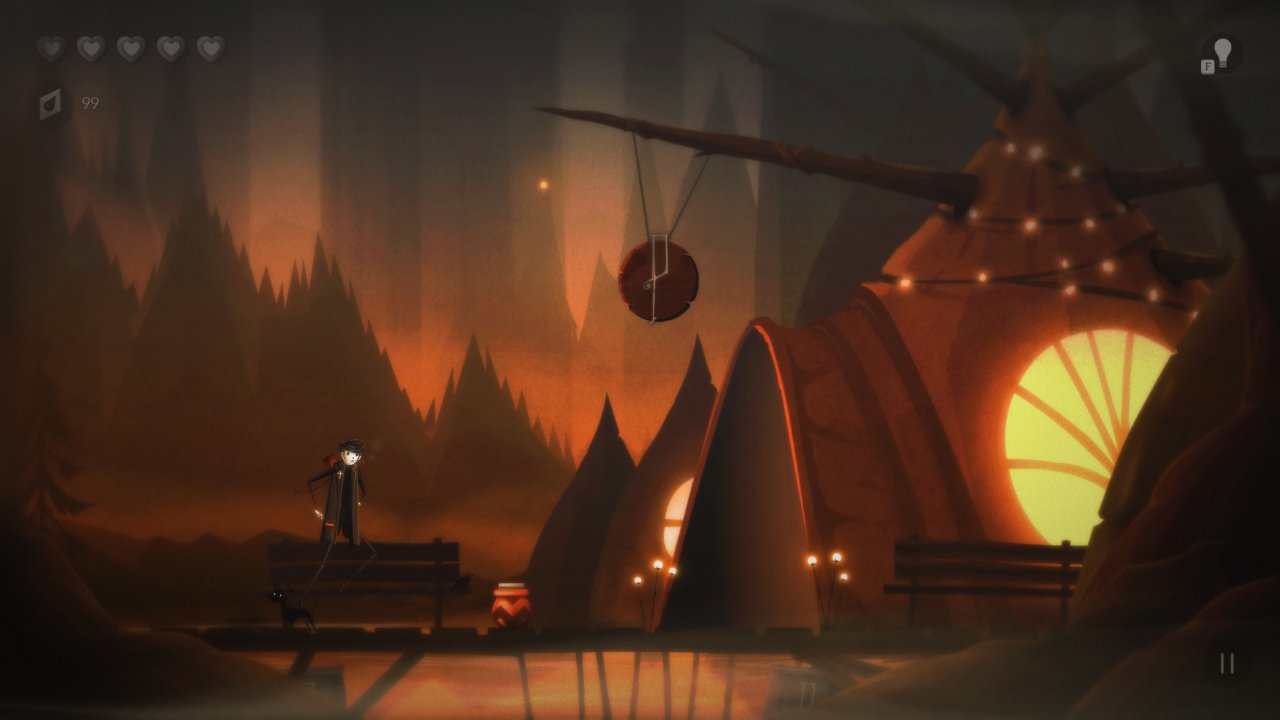 Players assume the role of Teddy, an ex-minister who has a daughter named Bo. At the start of the game, Bo is kidnapped by a strange man named Mr Pinstripe, who seems to have some rather wicked plans for her. Teddy gives chase, and finds himself in Hell. Here, he traverses through a series of small connected levels and meets a few strange characters in order to try and save his daughter. Despite the setting – a minister traversing the underworld – the game never bogs down the players with any religious messages. You’ll find some metaphors if you look for them, but on the whole Pinstripe plays it rather straightforward.

The unique setting is wonderfully backed by rather impressive visuals. Perhaps inspired by the works of Tim Burton, the game’s art style shines through, providing a very haunting and brooding version of a frozen over abyss. It’s a unique vision that’s well executed, with dramatic backdrops and dark underground passages. You’ll encounter a few other characters along the way – and again, the game is not trying to scare you with hideous monsters, but rather human souls that occupy this world. The atmosphere is superbly supported by poignant voice acting, from the menacing Mr Pinstripe, to the random other persons you’ll meet, and a variety of frightening and perhaps grotesque sound effects. Some characters appear to be stuck in personal torment, while others are just getting by. It’s a dark, ominous vision of Hell that’s unique in its interpretation. 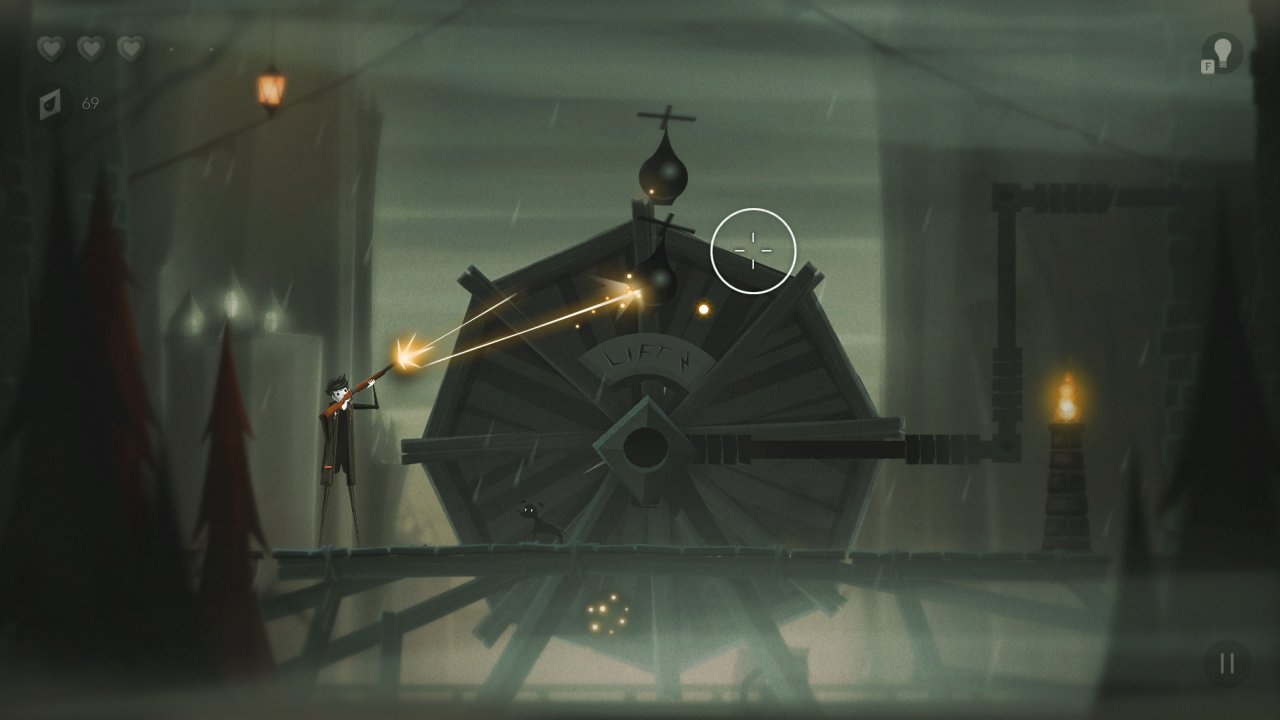 Navigating through this world as Teddy is a bit less memorable. You can do basic jumps, and have just one weapon (slingshot) you can fire at distant targets whether it is an enemy or a breakable object; there is no melee attack. These limited mobility and combat options mean that there’s not much action to be had, as the most difficult action you’ll ever need to perform is jumping in time with a platform that involves physics. It’s all rather simple and requires little skill. The final and only boss encounter is equally easy and features very effortless mechanics. Occasionally, there are puzzles which require you to find differences between two pictures, or perform a quick time event. These activities are repeated a few times throughout. There are a few collectibles to find.

As mentioned, this is a metroidvania which means it relies on the player to eventually trek back through the levels when they’ve unlocked something new. Unfortunately, Pinstripe handles this design rather poorly. The reasons to go back, such as a clue on how to solve a puzzle you’ve encountered earlier, are arbitrary at best. At one point, you simply need to go all the way back to the starting area just to collect enough currency to purchase a ticket for a tram and move on. It’s not a long trip – there are just six very short levels – but it feels redundant and rather boring, dragging out the game’s length. Another reason you’re required to go back is after meeting your pet dog George, who can dig the ground as specific spots and reveal new progress opportunities. Given that you could beat the whole thing in about an hour or two, the game’s small scale becomes even more evident. 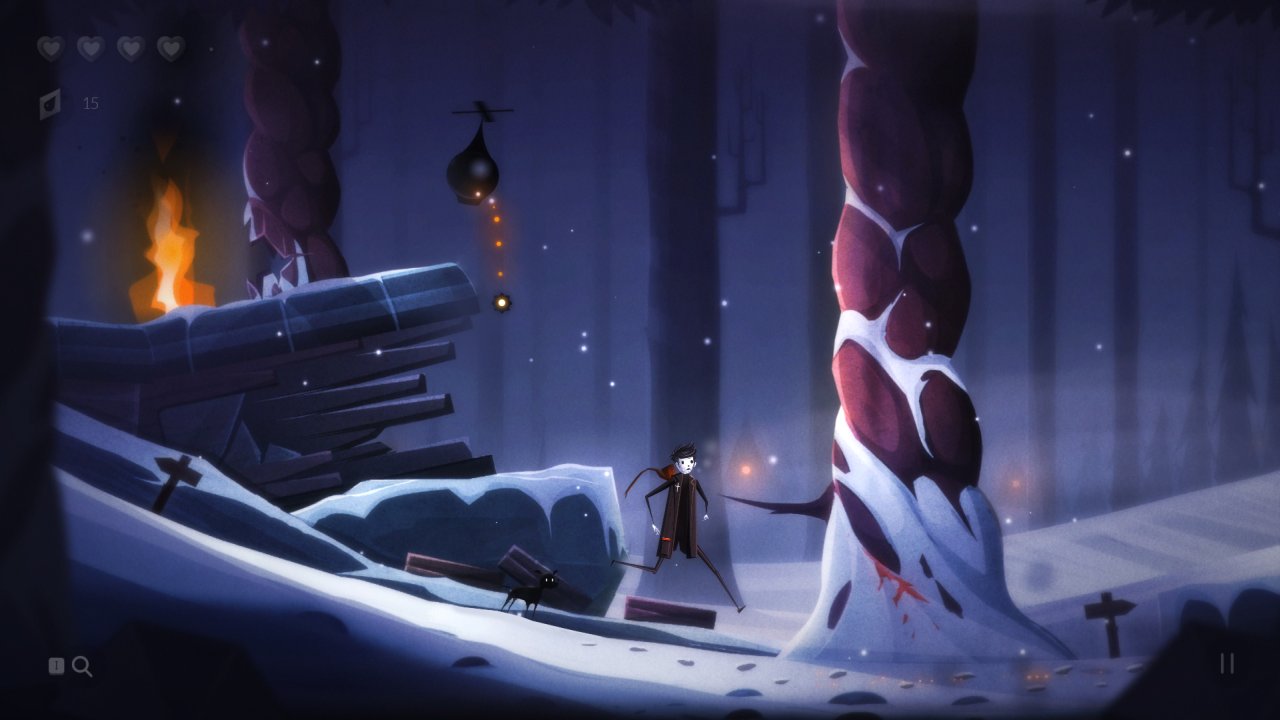 You can further stretch the value of the game by playing through again and accessing a few secret rooms, which contain more cash and give you enough to purchase the only things you can buy in the game – a special weapon and outfit. This also ties into the fact that the game has two different endings, through the rest of the experience remains the same. You can reach these endings depending on the infrequent conversation choices you make, which fall under a Sun or Moon symbol (acting as a nice guy or a jerk). The Sun ending results in a corresponding happy-go-lucky outcome, while the Moon ending is more bittersweet.

Given the relatively small scope of the game, it runs without issues even on older hardware. However, despite being a PC release, a controller comes highly recommended not just for easier use, but because the game doesn’t even mouse inputs in the menus. The performance options are also rather limited, with not much to adjust besides the resolution and a few quality settings.

Pinstripe is not an overly exciting or satisfying gameplay experience, but its art style and haunting setting will stick with you. The repetition from backtracking, simple puzzles and general shallowness of the mechanics are bound to leave fans of the metroidvania games bored and disappointed. However, this unique version of Hell and a man’s struggle to come to terms with his personal demons is both intriguing and haunting. The haunting atmosphere created by the visuals and audio, including chilling voice acting and a great soundtrack, should hopefully help Pinstripe standout from the lot.

Our ratings for Pinstripe on PC out of 100 (Ratings FAQ)
Presentation
82
A haunting atmosphere is supported by unique stylish visuals, immersive voice acting and a great soundtrack.
Gameplay
50
A single ranged attack, and some very basic jumping about. Plenty of backtracking, and a few simple puzzles that repeat themselves.
Single Player
57
The game creates a unique version of the underworld that draws you in. The actual story, unfortunately, is not all that enticing.
Multiplayer
NR
None
Performance
(Show PC Specs)
CPU: Intel Core i5-4670K @ 3.80 GHz
GPU: ASUS Radeon R9 280X DirectCU II
RAM: 16GB DDR3
OS: Windows 7 Professional 64-bit 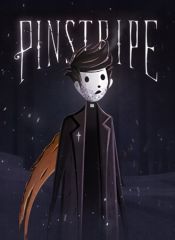 Our Review of Pinstripe
62%
Adequate
The Verdict:
"A strong atmosphere can't fully make up for lack of engaging gameplay"
Game Ranking
Pinstripe is ranked #1425 out of 1739 total reviewed games. It is ranked #139 out of 174 games reviewed in 2017.
1424. All the Delicate Duplicates
PC
1425. Pinstripe