A strong atmosphere can't make up for lack of enjoyable gameplay

I said in a recent review that certain video games need to know when to go lean on the story, and rely on some solid gameplay to keep players invested. Little Nightmares is a title that attempts to do just that, eschewing story in favor of atmosphere and mood. However, the rub is that Little Nightmares doesn’t have the gameplay chops to carry player interest and while it’s clear the entire studio was on the same page in creating the game’s macabre tone, it can’t help but be a bit one-note in the delivery. Little Nightmares is desperately in need of something to establish itself as more than a forgettable impression of a PlayDead Studios game - and it can’t seem to figure out what that is. 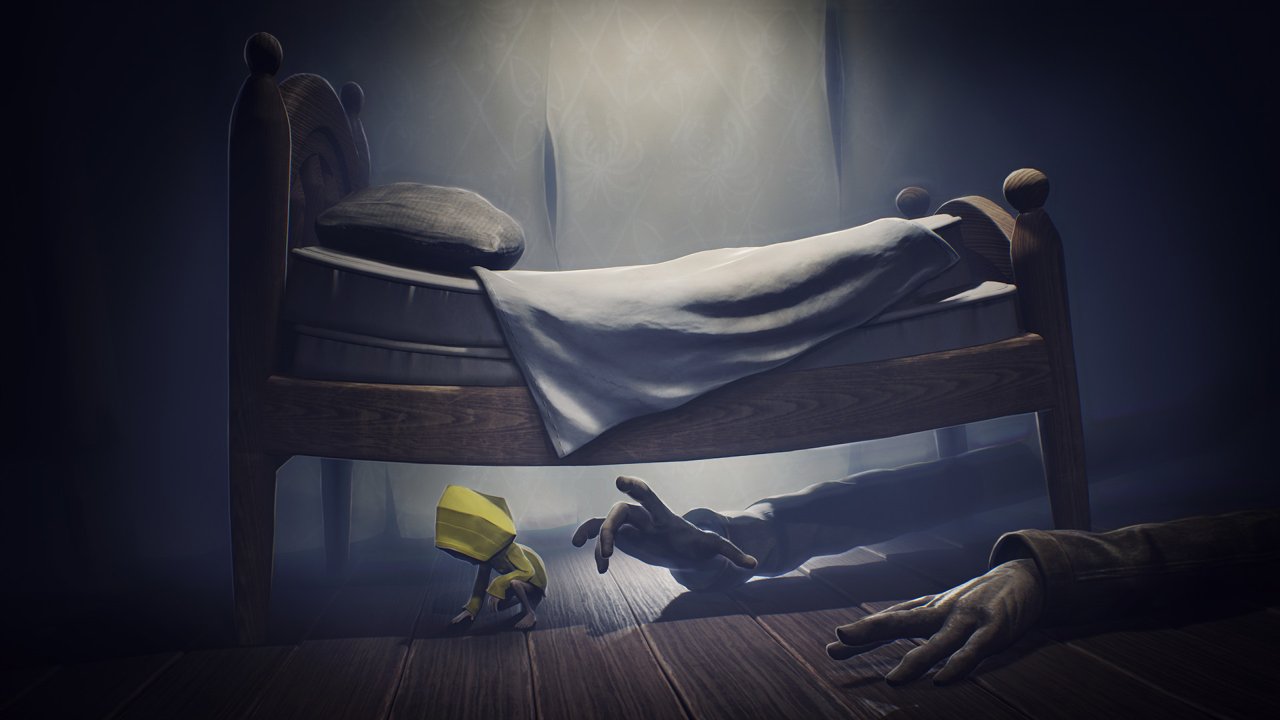 The game seems like a fun shift in style for Tarsier Studios, especially since it’s their first original game after doing years of solid work for Sony. Little Big Planet fans might remember Tarsier as the team that made Little Big Planet Vita and did some work on Little Big Planet 3 for the PlayStation 4. They also ported Tearaway to the PlayStation 4 console with Tearaway Unfolded. While their previous games have been flights of whimsy, Little Nightmares is a grotesque new direction, swapping bright colors for murky greys and quirky characters for ugly monsters.

In Little Nightmares you play as a Six, a girl who wears a yellow raincoat and navigates her way through a series of monsters in an effort to escape what is called The Maw. If that sounds a little vague, it’s not because I’m holding anything back, that’s the entire plot of the game. There are some hidden images for you to try and piece together what the point of The Maw is and why it exists, but there’s very little that’s definitive about it. Again, I could go into greater detail about what these clues are and what putting the pieces together might mean, but that would ruin what little narrative Little Nightmares is trying to spin.

Is it effective? Not really. The story is sparse, but it’s also pretty empty. Little Nightmares is trying to tell a narrative through visual clues, but those clues don’t really add up - as in the visuals themselves are incongruous and don’t makes a lot of sense. Even if they did, it doesn’t register an emotion. The motivations and arcs are all in place, but the game plays everything so coy that I kept waiting for some grand reveal or devastating realization - but as I started putting everything together I came away thinking, “That was it? I knew that from the trailer.” I appreciate the game is trying to show and not tell, but a mediocre story is mediocre whether you show or tell it.

This would all be a fairly moot point if the game was fun to play, but I spent most of my time being frustrated. Little Nightmares avoids stepping on the toes of Inside and Limbo by being a 2.5D platformer. The idea is the give the world a little depth, allowing for some non-traditional angles to make the hiding and jumping a little more unique. It’s an interesting idea, but trying to figure out where you are on the screen was infuriating at times. 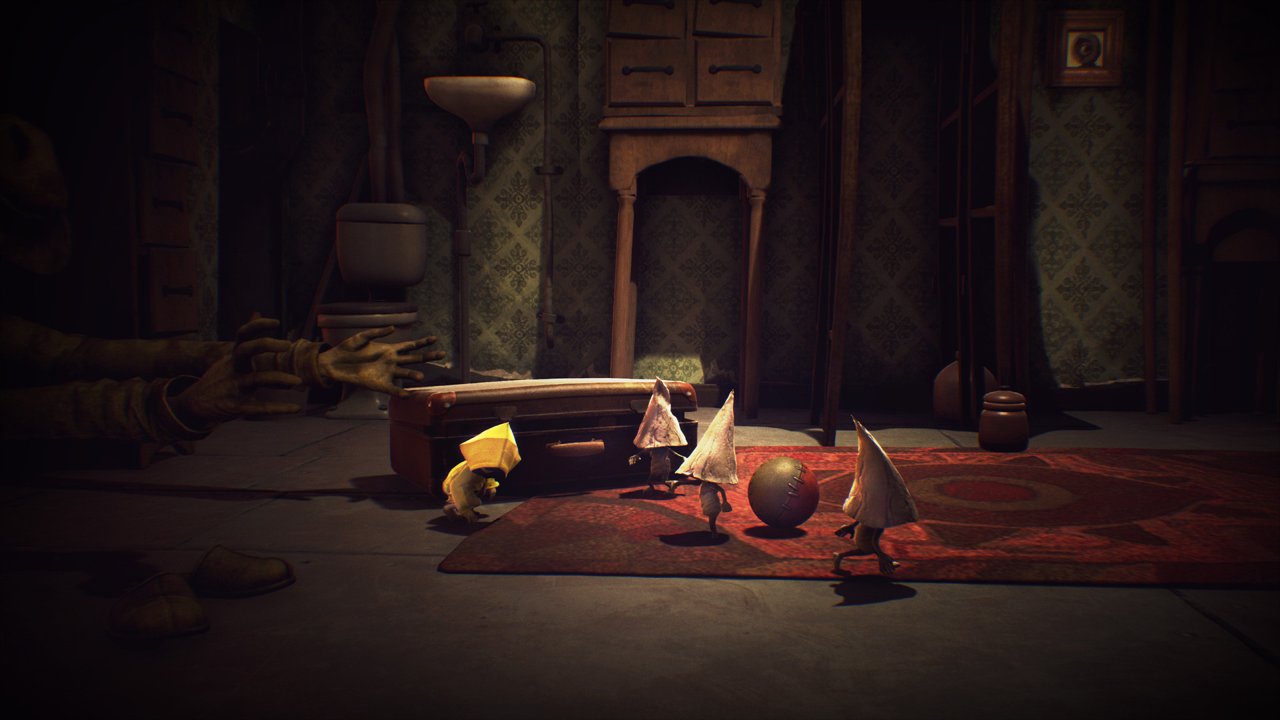 Little Nightmares switches between three main mechanics: the first is hiding from the game’s monsters to avoid being eaten, the second is to run from said monsters to avoid being eaten, and then the third mechanic is to pick up items and have them interact with other items, like an adventure game. And the 2.5D makes almost all of these things annoyingly more difficult to do. The biggest issue is how it would undercut the tension of a chase. I would be running from a monster and then run into an object, or get clipped by something I was positive I was going to avoid. Or I would be running alongside a pipe and slide off into an untimely death. These elements aren’t more fun or tenser with the added plane of mobility, they are artificially more difficult. It would be fine if the chases required precision and speed like the sequences in Ori and the Blind Forest, or if they need the same exact timing as Limbo. But this is frustration for the sake of frustration.

What also doesn’t help is how sticky and sloppy the controls feel. Simple things like trying to climb a ledge or move an object can be difficult. The 2.5D also plays into this as the perspectives shift and rotate while you move across the screen. This means that while you’re moving objects they might rotate, or while you’re climbing something you might have to slightly shift the analogue stick to pull yourself up. Furthermore, parts of the screen are often obscured in darkness, so it can be hard to tell where you’re moving or if you’re moving at all. I climbed a dresser multiple times because I wasn’t sure if I was jumping off early, or if the top was blocked off - because I couldn’t see. There is a lighter that Six can use to take in her surroundings, but you can't use it while climbing or carrying objects - which you’re doing for half of the game.

If there is a part of the gameplay that does work, it’s the hiding sequences. Moments when you are hidden from the game’s behemoth monsters and have to navigate a path to safety are fun and exciting. The game also employs little puzzles that can be fun as well. Finding a locked door and tracking down the key while exploring the space is a good time. As is running into a blocked path and trying to figure out a way around it. I wish that the game could have employed more of these contemplative moments and found better mechanics to enforce them. Unfortunately, too much of the gameplay feels like trial and error. If you miss a jump, it’s more likely the controls betrayed you than you having made a mistake.

Thankfully, while the controls leave much to be desired, the tech works well on the PlayStation 4. Little Nightmares isn’t breaking new ground or even really aiming all that high with the animations and visual effects, but it all runs nicely. I didn’t encounter any bugs, and the loading times were fairly quick. 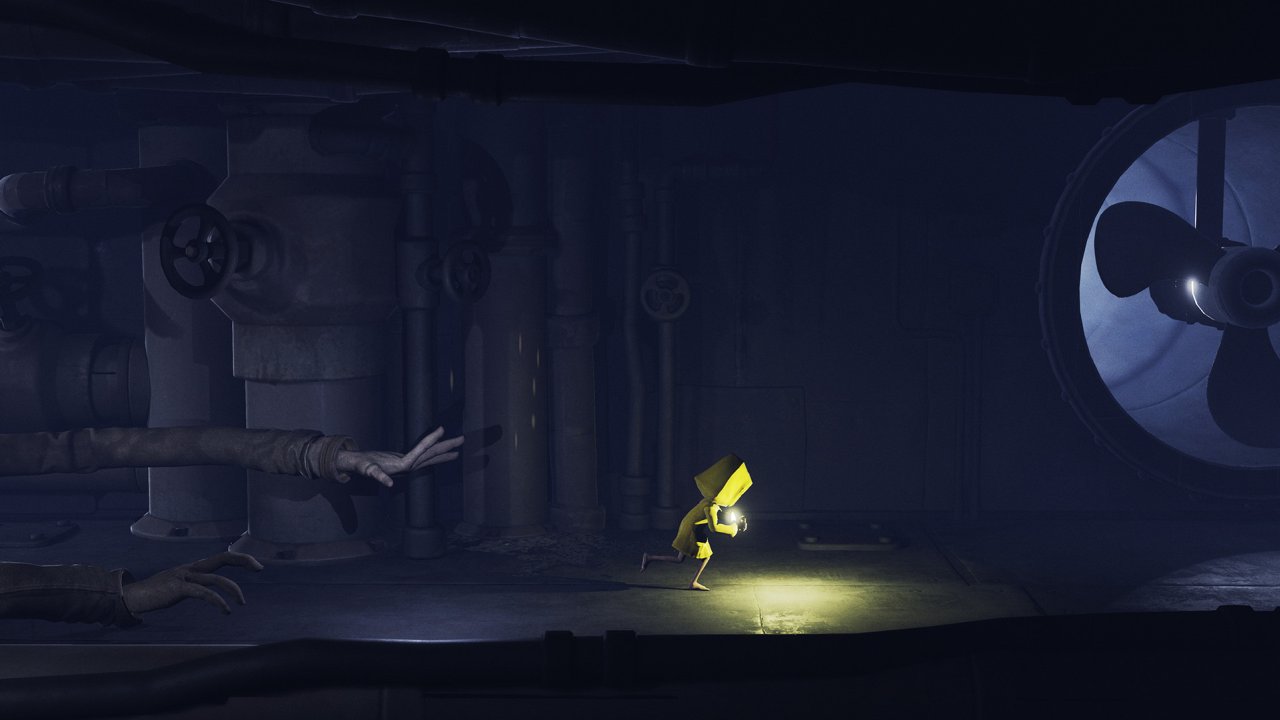 While doing all of this running, hiding, platforming, and puzzle-solving, Little Nightmares will bathe you in its morose ambience. The game is going for atmospheric horror, but the problem is that there’s never really any break in the tone, so eventually you grow numb to its aesthetic. There’s hardly any moments of levity or any new atmosphere to make you consider that the game’s tone might be deeper than just a horrific wallpaper for the gameplay.

Sections of the game are given their own titles, but each location feels like it was plucked from a warehouse of stock horror settings and plugged into the game before any logical reason was used to tie it all together. The only two sections that make sense are when you go from The Kitchen to the Guest House - where people are seen eating the food that was just prepared for them. In fact, you start the game in what is called The Prison, but you aren’t actually imprisoned until the start of the second chapter - titled The Lair. But while it might feel like I’m nitpicking the design, it could be forgiven if it all didn’t look so similar. Yes, the overall motifs change from one section to the next, but everything is always grimy, dingy, and poorly lit.

The monster design also feels half-hearted. There’s only five-ish monsters and Tarsier seems to think that two of them are terrifying because they’re obese. Gluttony seems to be one of the major points in Little Nightmares, but the game fails to actually evolve the concept to anything more than being disgusted by those who are overweight. There’s a really good design for one of the earlier monsters, a long-armed blind creature that interestingly ties to the gameplay by sensing you through sounds and smells. It's such a brilliant creation, I expected more to be present. Instead, Tarsier pushes more overweight creatures your way, trying to gross you out by having them constantly gasp for breath and be unable to fully bend over.

The game just doesn’t seem to have any tricks up its sleeve aside from the opening number. It’s not that the idea is poor, but rather that it doesn’t have any others or any clue on how to evolve the core concept. It didn’t take long for any semblance of horror to fade away, and not long after that for boredom to set in. Luckily, the game is a brisk three and a half hours, so I didn’t have to slog through it for long.

Little Nightmares seemed like the kind of game I would love. A story told through the environment, with puzzle-platforming, and a horror motif to boot. Even if it had done one of those things well, it would have been worth calling out as something interesting. But Little Nightmares really doesn’t have much to offer. Even as I mentally run through my time with the game, it feels almost like an emotionless blur. I didn’t feel any dread or cringe at the grotesque spectacle. I didn’t exhale in relief after a daring escape. I didn’t smile in satisfaction after a tricky puzzle. The moments of fun I did find were so fleeting they’re hardly worth mentioning. I just can’t bring myself to advocate this game, even to the die-hard horror crowd, and that’s a bummer.

Our ratings for Little Nightmares on PlayStation 4 out of 100 (Ratings FAQ)
Presentation
63
Little Nightmares fills its world with dark corners and dingy hallways, but it’s amazing how quickly this goes from striking to white noise.
Gameplay
59
The 2.5D design betrays so much of the gameplay, I struggle to account for why it’s here. I liked hiding and there are some fun puzzles, but actually moving through the space often feels frustrating.
Single Player
60
Little Nightmares spends a lot of time letting you try to piece together the narrative with visual cues, only to reveal that even without the clues you could have guessed where this was going.
Multiplayer
NR
None
Performance
75
There’s nothing impressive about Little Nightmares from a tech standpoint, but it’s a solid package all the same.
Overall
60
Little Nightmares is like the long, intense screech of a violin before the jump scare - except that the scare never comes and the sound eventually fades to the background. Yes, it’s dark and moody, but after establishing the atmosphere it never evolves into something that’s really worth playing. 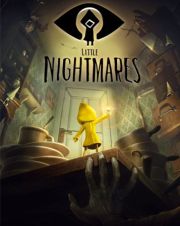