What Remains of Edith Finch Review

It’s hard to play a game that is good and recognize that, within it, there was potential for it to be better. What Remains of Edith Finch is one such game, the second release from the developers at Giant Sparrow. Their debut title, The Unfinished Swan, totally won me over with its whimsy and creative gameplay. But unlike The Unfinished Swan, which built upon its gameplay themes and narrative to deliver a satisfying conclusion, What Remains of Edith Finch feels like it misses the mark with an ending that failed to resonate with me. 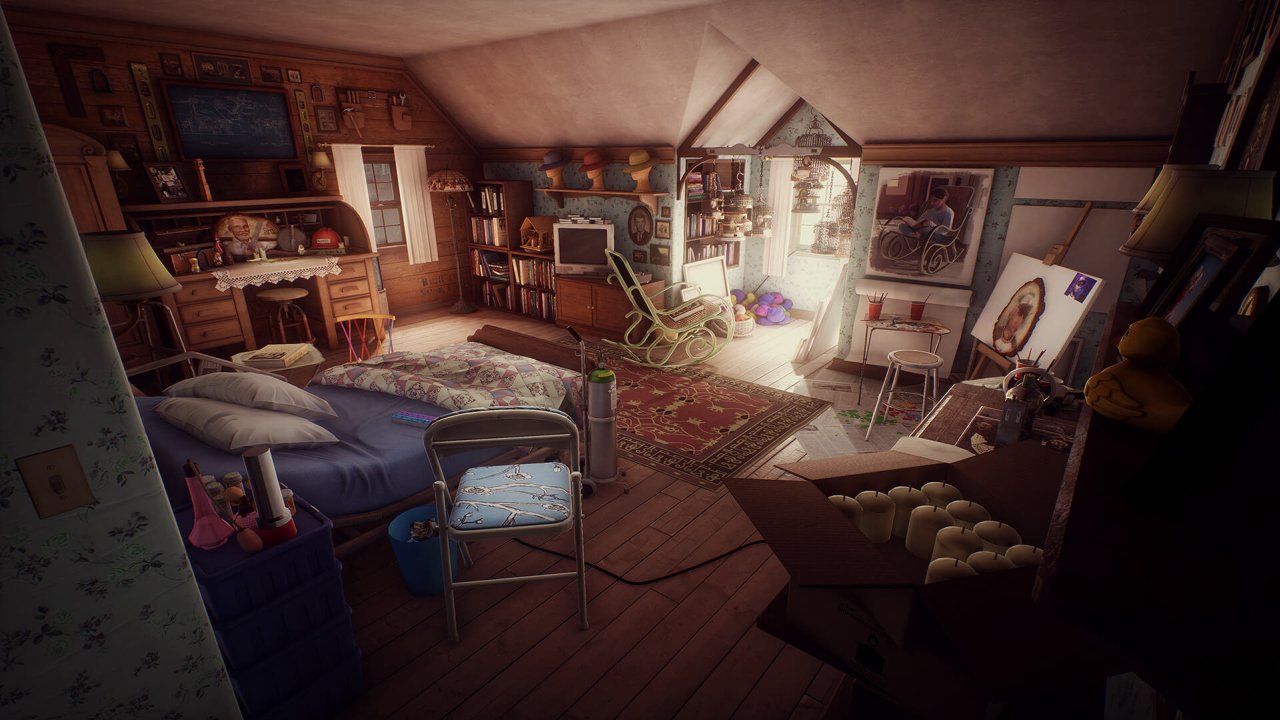 The narrative is a contemplative yet inspired work that debates the merits of life and death through an intriguing mystery. The gameplay is varied and creative with fun vignettes that invite you to indulge in both sides of your brain. The voice acting is filled with honest and interesting performances. These are all qualities that make the game good. Except that for all of the various elements that Giant Sparrow work so hard to craft individually, I don’t think that What Remains of Edith Finch has a satisfying payoff that makes it stand out from the numerous other games that investigate similar themes and gameplay in more interesting ways.

The game tells the story of the Finch family, as discovered by the last living member, Edith Finch. Edith returns to the house built by her great-grandfather to investigate a long-suspected curse responsible for the untimely death of the entire family tree. When Edith was a child, her mother blocked off the rooms of all deceased relatives in an effort to hide the family’s dark history. While on her deathbed, Edith’s mother gives her a key to a series of elaborately hidden passageways that still connect the sealed bedrooms, allowing Edith to pass from room to room, discovering the circumstances behind each strange family death.

The story is interesting and engaging if you’re willing to play along. It’s the kind of story that people who like to pick out plot holes are likely going to struggle with, but Giant Sparrow has some fun examining how a family cursed by a string of untimely deaths would react, knowing their doomed fate. Some of the family embrace their end by becoming thrill seekers, others become paranoid shut-ins, some turn to substance abuse, and others indulge in flights of the imagination. Edith is interesting in her own right, someone whose revisiting of the Finch house has an alternative motive which serves as a twist on the morose narrative.

As interesting as it all is, it feels less surprising and almost paint-by-numbers at times. Edith carries with her a copy of the family tree and as we discover each death, she checks the family member off the list - letting us know how many more death scenes await us. Some of the moments are still striking - there’s a scene with a baby in a tub that you’ll see coming from a mile away but still manages to be a highlight of the game - but toward the end it felt like I was just looking to check names off a list rather than investigate the family’s history. 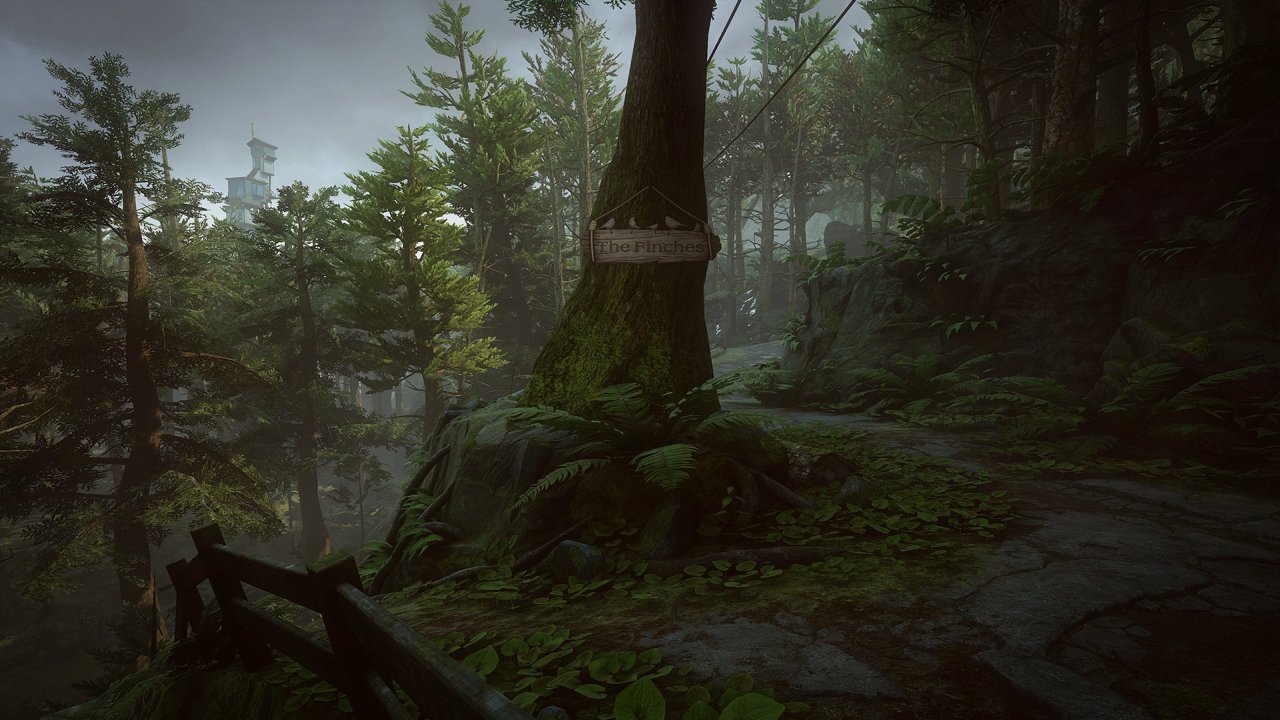 The history of the Finch family and the curse itself are two of the biggest problems with the game. Unlike Everybody’s Gone to the Rapture or Gone Home, What Remains of Edith Finch fails to pay-off its mystery in any meaningful way. I imagine that this was done in order to leave aspects of the narrative open to interpretation and keep the whimsical gameplay vignettes without having to jump the shark and explain supernatural occurrences, but it feels like narratively Giant Sparrow are playing it safe. In the end, Edith muses that the game isn’t about how the family died, but how they lived. The problem with that revelation is that we don’t really know how the family lived. There’s no scenes where we see the children playing together and sharing their interests, we never see the parents or grandparents tell their children stories of the great things their family has done. We don’t even know where the Finch family got the obscene amount of money it would take to build this mansion of a home. Edith’s theory that the family’s obsession with the curse perpetuates its existence is an interesting one, but trying to spin the narrative themes to be about life instead of death feels like the right message in the wrong game.

The majority of the game is spent wandering from one elaborate passage to the next in the Finch house. For the most part the walking simulator (I use the term with love) gameplay is intuitive, though I wished that there was more I could interact with in the house. Each bedroom usually had a couple of trinkets that you can examine, but the game dips into that “look, but don’t touch” museum mentality that plagues the genre. These gameplay issues are exacerbated by the fact that the icon to interact with objects doesn’t appear until you’re right on top of said object. Meaning that sometimes you’ll end up rubbing your face in different places around the room until you can find something to do.

Each room usually has a shrine devoted to the dead Finch whom the room belonged to. Interacting with the shrine triggers a flashback to the scene where the family member died, which is played out in first person, though the perspective can change. The mileage for these scenes can vary - as can the effectiveness of the gameplay. I particularly liked a series of small scenes that played out through photographs while Edith’s mother and grandfather took turns behind the camera during a hunting trip. However, a scene where you use a kite to discover lines of a poem felt staggered and killed the effectiveness of the poem’s cadence.

It’s clear a lot of thought has gone into each scene and how to not only get the player to see the death, but how to construct interesting gameplay mechanics for the player so they’re not just a passive observer. Though at times the game is working so hard you can see the gears turning. I could almost see the design meetings to pitch these small gameplay sequences and an effort to assign different gameplay experiments to different characters. It totally works - but it felt like it kept me at an arm’s length throughout the game. I enjoyed the scenes and appreciate them, but I never felt lost in the gameplay.

Part of this might just be my own issue. My favorite thing about walking simulators is how they channel a childish sense of exploration that connects with me. I like the idea of simply exploring an old, weird house and hearing Edith narrate the odd experiences she had while living there. I wanted to pick up the books and open closets and try to get a sense who the Finches really were. But every time I felt myself slipping away into the shoes of Edith, I would get pulled away to a whole new set of controls and mechanics, serving as a plot device to the death about to unfold, and the immersion bubble would break.

The reason I was so close to slipping into that immersion is because of the beautiful design-work done for the game. Each room is unique and is bursting with items that are bound to catch your eye. Again, the world was so well crafted I found myself wanting to interact with more of it. You can sense a unique quality to the Finch house almost the moment you step through the door and every detail makes the family more intriguing, whether it’s the fact that someone left an iPod in a speaker deck for the seven years the house has been abandoned, or there’s an old moldy cake still sitting in one of the bedrooms, or handful of home movies that litter a dresser - these details beg to be investigated and craft the illusion that the house really was a place where people lived.

The design also flirts with the surreal nature of the Finches and their home. The architecture is unusual to say the least. Edith’s branch of the family lived in a series of rooms added to the house almost like a giant tree fort - connected through ladders and wooden bridges - which is a little odd considering the family’s accident-prone nature and apparent wealth. This, mixed with fever-dream gameplay moments, like where one family member embodies different animals or when another dreams up his own fantasy realm, really give the art design a chance to stretch its legs. These eclectic design choices are something special - and are worth the price of the game alone.

As if the design wasn’t impressive enough, it all runs quite smoothly. I encountered some pop-in textures early in the game, but aside from that, there was nothing to upset the fine work done by Giant Sparrow. After the game is completed you can revisit the family’s death scenes, which can take a little bit load, but even that process isn’t egregiously long.

There’s plenty of good to admire in What Remains of Edith Finch, but that’s exactly the problem, it is a game that I respect and admire more than love. To those who like the walking simulator genre, this is easily worth checking out. But the game comes up short on delivering an experience that really engaged me the whole way through. The narrative requires you to really let go and get lost in what Giant Sparrow is selling, but it was hard to do that when the game kept diverting my attention to another death scene. It’s these same distractions that undercut the ending and keep the game from being great.

Our ratings for What Remains of Edith Finch on PlayStation 4 out of 100 (Ratings FAQ)
Presentation
92
Not only is the game beautiful, but it explores so many locations with varying forms of reality. Truly an impressive effort.
Gameplay
79
Breaking the exploration mechanics up with creative mini-games is a winning formula, though some of the scenes don’t quite work for me.
Single Player
70
While they work on a gameplay-level, I felt the death scenes constantly pulled me out of the immersion of just exploring the Finch house. Also, the final conclusion of the narrative doesn’t jive with the established themes.
Multiplayer
NR
None
Performance
85
I had one instance with pop-in textures toward the beginning of the game, but otherwise this is an impressively solid package on the PS4.
Overall
79
What Remains of Edith Finch is a good game, but it fails to arrive at a satisfying conclusion, or build on its gameplay and narrative themes in any satisfying way. Thus, it never elevates itself to be something more than a series of interesting distractions, tied to a mystery that never resolves itself.

What Remains of Edith Finch 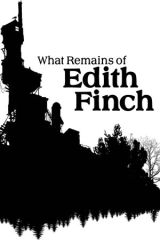 All videos for What Remains of Edith Finch (4)
Advertisement ▼