A few years later, this LEGO game remains enjoyable, though it has lost some of its appeal

The ever-expanding LEGO series of games has rarely ventured out beyond its comfort zone in recent years, which meant taking existing popular franchises and putting a charming, brick-filled spin on it. From Batman to Star Wars and more, the licensed adaptations saw a stream of licensed releases since the early 2000s. But there was one entry that bucked the trend and let players explore a modern and semi-realistic setting. Lego City Undercover made its debut back in 2013 as a Wii U exclusive, offering an open world and an adventure that seemed inspired by leaders of the genre such as Grand Theft Auto, while still retaining the LEGO charisma and accessibility. Five years later, the game has been re-released on more platforms, and while it still offers a unique experience within the LEGO stable of video games, its content and mechanics haven’t aged all that well. 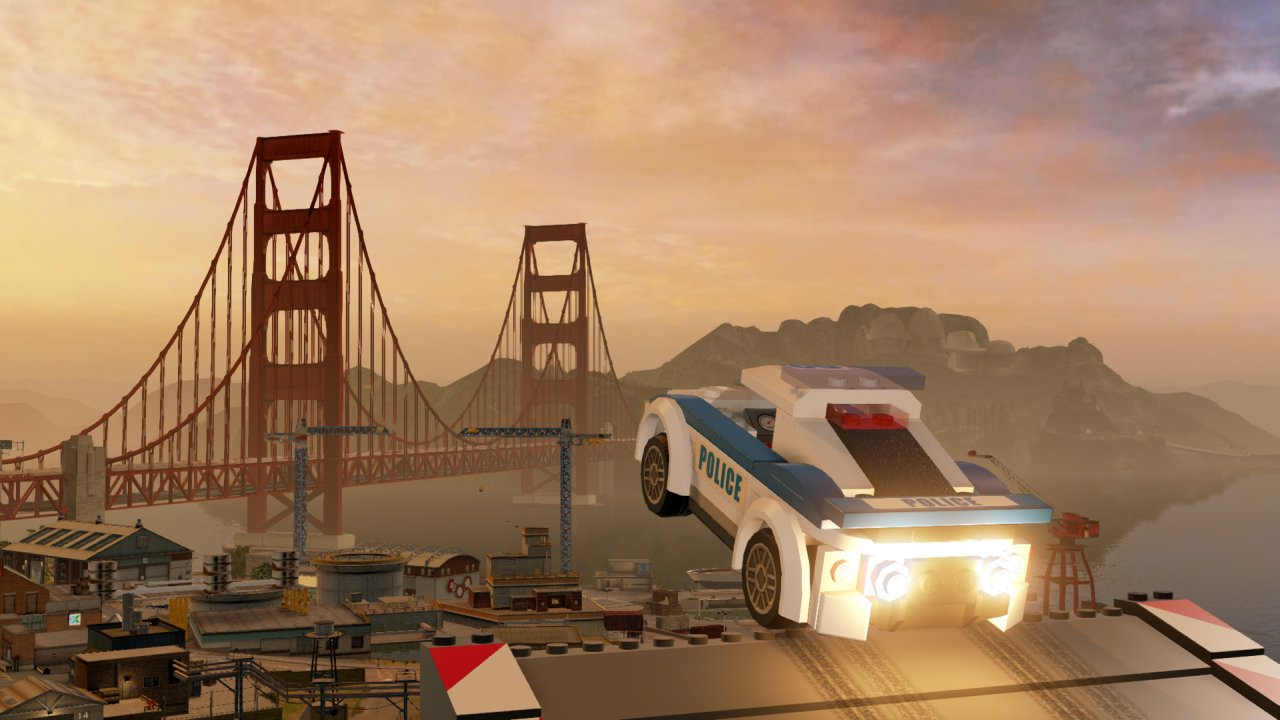 Players take control of Chase McCain, a police officer who returns to Lego City after being away for a few years. The mayor has called him back because a notorious criminal named Rex Fury has escaped, and it was Chase who managed to finally capture him in the first place. Chase sets out to track down Rex and bring him to justice once again, which means going undercover with local criminal organizations, gaining their trust and eventually finding out where Rex is. The story is fairly generic and not all that thrilling; with Rex himself barely appearing in the game and thus leaving Chase with just leads to follow and little direct contact with his nemesis.

But what helps the game elevate itself beyond the cliché premise is the LEGO touch - all of the characters are whacky, there is plenty of humor, and in general the dialog keeps things light and uses every opportunity to produce puns or pop culture references. Chase plays a determined cop, the Chief of Police is annoyed and doesn’t really want Chase around, there’s a comedic relief character who is obsessed with Chase’s legacy, and so on. Other characters and situations parody many popular properties, from The Matrix to Goodfellas, The Shining to Starsky & Hutch, and more. Most of these references are likely to go over the heads of younger players, but they will enjoy their whacky recreation none the less.

Lego City itself also shows that some effort was put into its creation. The game world itself is on the small side, and it’s always daytime, but it is varied and contains literally hundreds of collectibles. The world and its buildings have a realistic look, and only certain objects as well as characters are actually made of LEGO. It’s definitely not the same type of LEGO-only environment that you’d find in LEGO Worlds, but it fits the game well enough. LEGO pedestrians go about their business, often talking aloud with funny remarks, cars drive around, and it creates a surprisingly believable atmosphere of a city. There’s a small element of destruction, for both vehicles and some environment objects. It can also be said that the game limits player freedom a bit - you don’t unlock the ability to drive boats and helicopters until many hours into the game, for example. Helicopters also present tons of invisible walls and a very low ceiling. For younger players who are far from being able to play the likes of Grand Theft Auto, and aren’t quite ready for the maturity of Teen rated worlds along the likes of inFamous, Lego City Undercover is a good introduction to basic open world design. 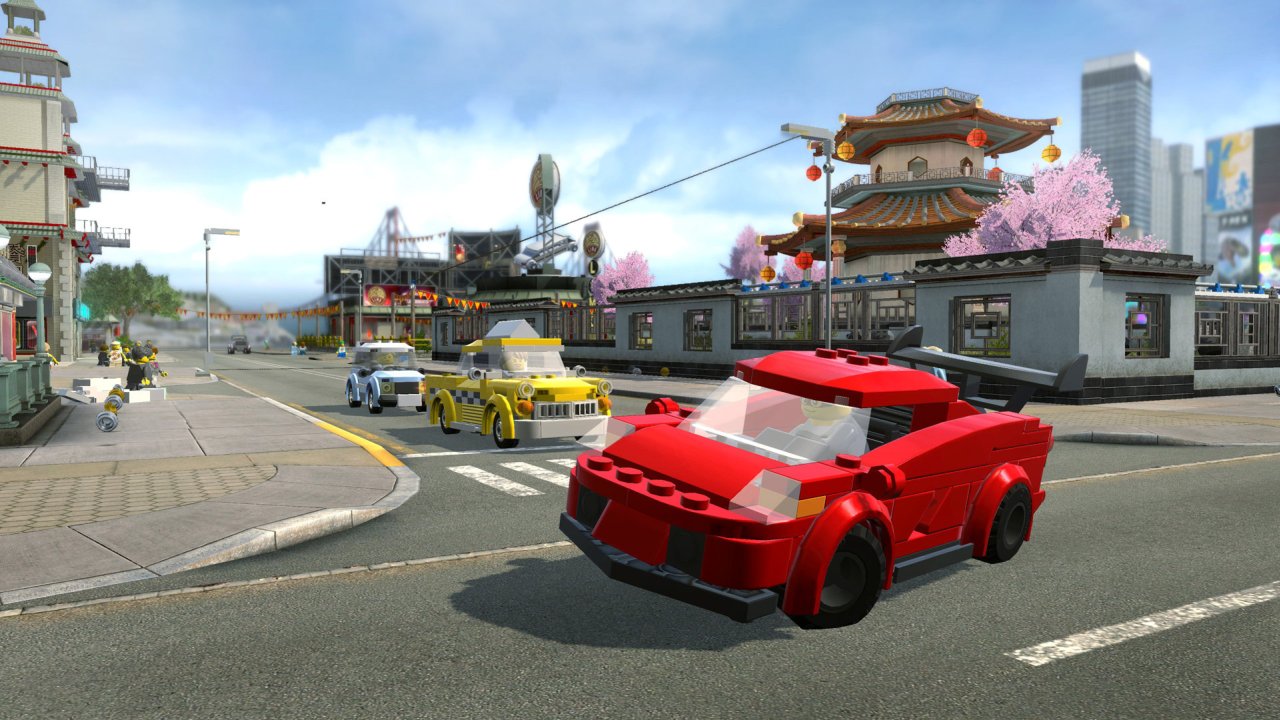 Aside from exploring and collecting, there’s not much that happens out in the open world. The game sorely lacks meaningful side quests, though there are a few general activities such as racing. You’re likely to be driving between various missions that contain all the scripted action inside isolated levels, where you’ll fight bad guys, solve puzzles, and do some jumping around. It must be said that the final mission is rather cool, though. Combat is extremely simplistic, and limited to melee attack/dodge, with no ranged weapons. You’re unlikely to ever be challenged by Lego City’s difficulty, as it’s very straightforward even by LEGO game standards. The most annoying parts of the game is platforming, when some jumps require a bit too much finesse that the controls don’t provide, and you end up having to restart the entire section. Camera can also be slow to maneuver especially out in the open world were its perspective isn't fixed.

The main gameplay variety comes from Chase’s undercover disguises, which are sort of treated as different sets of abilities. Swapping between the 8 disguises instantly and at any time (after you unlock them all over the course of the story), Chase can access various tools and abilities to help him progress through missions and explore more of the world. For example as a policeman, Chase has access to a grappling hook to help him reach specific ledges; as astronaut you can use teleport pads and access special minigame boxes; as a miner you can interact with sticks of dynamite; as a robber you can open certain doors with a crowbar and use a paint gun. There’s really not much depth here - Chase could have easily just had a set of different equippable tools to use, but they are just neatly folded into the idea of changing disguises, and it works in the game’s context. The more you progress, the more tools will be needed during missions - and there are also plenty of secrets that can only be accessed later, by replaying the mission once you’ve unlocked the required disguise. The same goes for open world - you'll come across plenty of locations for which you don't have the disguise to access, requiring you to return later.

Throughout your adventures you’ll be collecting studs scattered all across the environment, and it’s the currency used to unlock more customization items, such as new costumes for each of the disguises. Otherwise however, there’s not much to spend your studs on, which respawn in the open world and by the end of the game you’ll have more than you know what to do with. The game’s second stud currency is treated more like building material, and can only come from breaking LEGO objects. During missions, this material is often required to complete a super build (a large object), though the mission always includes enough for it. In the open world, you use this material to build special objects such as spawn locations for vehicle delivery. 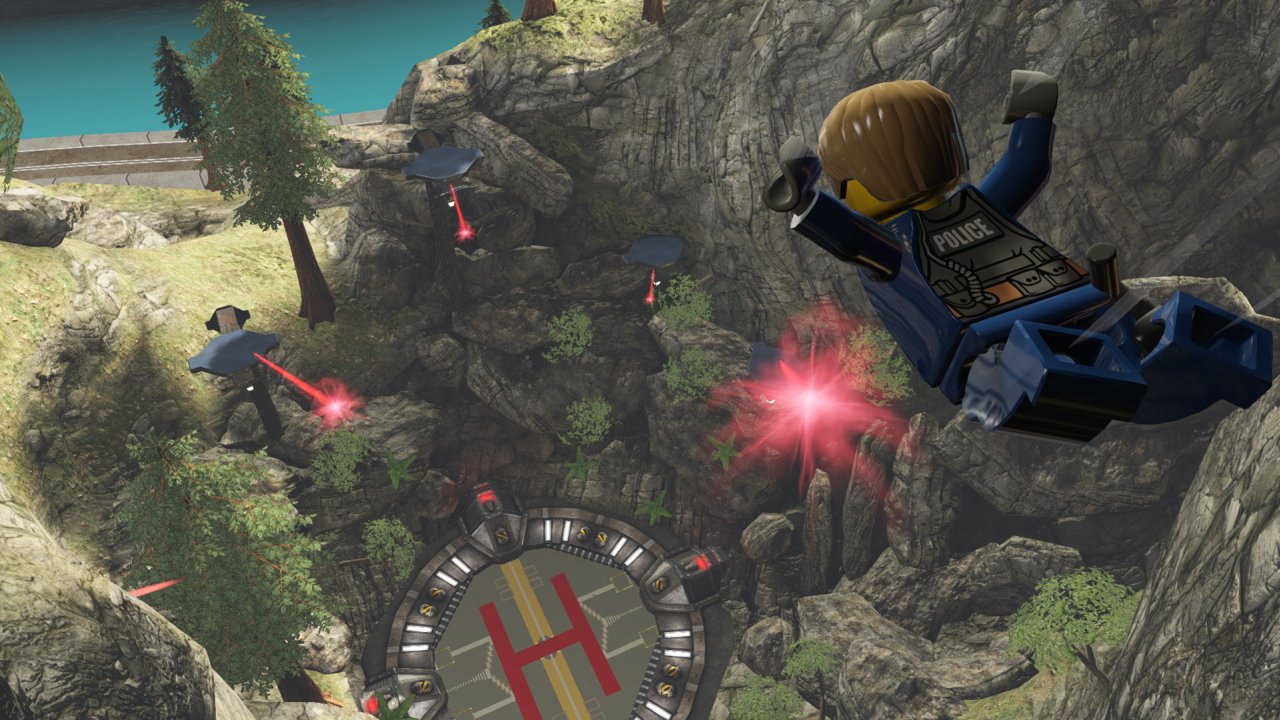 Being a port of a five year old Wii U game may cast doubt on the game’s ability to look or sound like a modern release, but Lego City Undercover manages to stay satisfactory in its presentation. It helps that LEGO games in general don’t often feature cutting edge visuals or physics, but even so, the game’s notably basic effects and rather blurry backgrounds don’t paint a very pretty picture. Draw distance is notably short, and objects - particularly collectible studs - spawn nearly right before your eyes. Audio's strengths come from good voice acting and some nice original tracks, but lacks elsewhere, with repetitive menu music and especially since there’s no radio in vehicles, you must drive large distances in silence. Initial loading times can be a tad long, but once you get into the game they are manageable.

Aside from touched-up visuals, this version of the game also adds a cooperative option. A player can use a second controller to jump inat any time. However, the implementation here is extremely basic. The second character is the same as Chase just wearing different color clothing. Gameplay remains identical - the second character is never acknowledged by others, nor is there any co-op only content during gameplay/missions. It’s okay to run around with a friend, but it hardly adds anything to the experience.

The idea of creating a relatively original LEGO game was a successful venture for TT Games back when Lego City Undercover released for the Wii U. And it is quite nice that fans of these adaptations on other consoles can now finally enjoy this entry - however, given that a number of years and LEGO adaptations have passed through since then, this particular port does feel a bit dated. From relatively simplistic gameplay to mediocre presentation, Lego City Undercover didn't exactly age well even by its own LEGO franchise standards, and given that it's a full price release further dampens its appeal. Hardcore fans of LEGO, or those simply looking for something other than a licensed adaptation may well find plenty of fun here. The general audience will be a bit less enthused, however.

Our ratings for Lego City Undercover on Xbox One out of 100 (Ratings FAQ)
Presentation
68
The visuals are a bit dated and audio design quality can vary.
Gameplay
65
One of the more simplistic LEGO games - it's highly accessible for younger fans, but most will find it a bit too easy.
Single Player
75
Plenty of jokes, pop culture references, and a cool final mission. Once you're done with all that, there is still hours worth of collectibles to find, if you're into that.
Multiplayer
NR
Simply adding a second player changes very little.
Performance
80
The game runs without any issues, though the loading times can be rather long.
Overall
70
Lego City Undercover is a fun and unique entry in the franchise, although it would have probably been more enjoyable had it released back in 2013. The game's mechanics and appeal haven't aged all that well, and a full asking price seems quite unwarranted, but fans of the series without a Wii U will likely appreciate finally being able to play it. 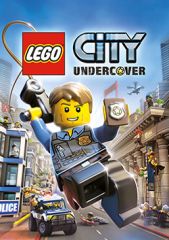