The wilderness of northern Canada is not the most inviting of places. During the colder months—which are practically all of them—average temperatures plummet below freezing and snowfall is plentiful. Not the type of place for a casual adventure, or is it? Kona is a game that involves the slow exploration of such a frigid location under unexplained circumstances. It transports players back to 1970 and asks them to traverse a fictional village in Quebec as the snow begins to take hold. Although it could be considered a lightweight survival game, Kona puts emphasis on investigation and story. With its first person perspective, it can be likened to a good mix of Cryostasis: Sleep of Reason and Everybody's Gone to the Rapture. It is also not all that different from a standard point-and-click adventure. Kona takes players into its world and keeps them on ice, for good reason. 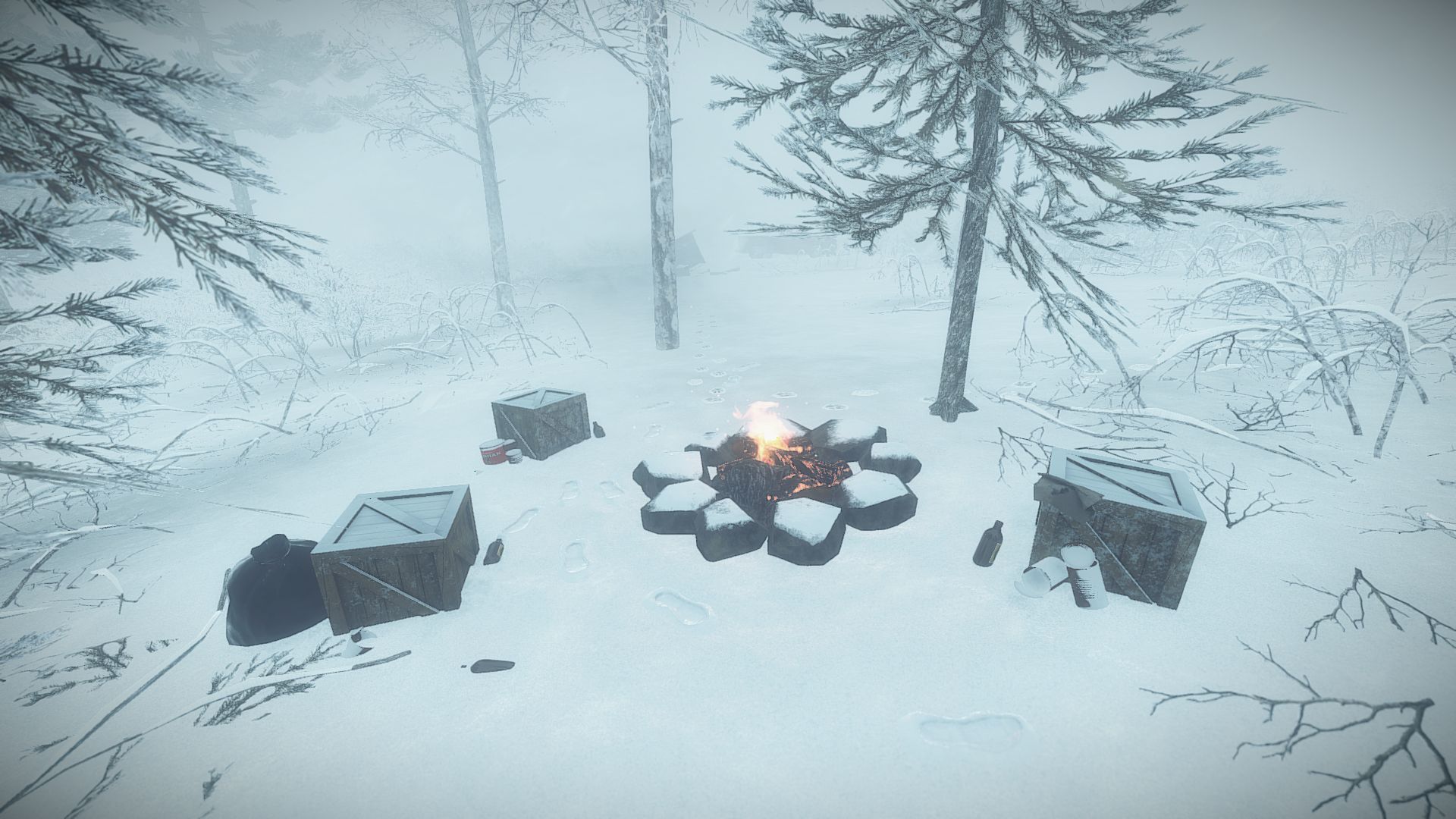 You play as Carl Faubert, a weary private detective, sent to investigate some vandalism reported by a local wealthy industrialist. The backwater area you need to explore is a sizable location around Lake Atamipek in the county of Manastan, occupied by a handful of isolated buildings scattered throughout the wintery wilderness. There is a doctor's office, a general store, houses, and logging cabins. Some are locked; others are open and vacant. This corner of the world was once home to normal families, many of French heritage, but is now all but devoid of human life. The person seeking your help has been murdered, so payment will be a problem. He’s not the only victim, as several members of the local community have been frozen in ice. Since the way back is blocked, you must unravel what happened to them and discover why others left their warm homes in such a remote location.

Carl's journal tracks all the pertinent information during the bizarre journey although it is not a quest log. Letters, notes, maps, and photos found within buildings expose the characters of the region. It's nice to read some of this spooky back-story, even if the sequence of events are hidden until the finale. Supplementary information is added to the journal as Carl stumbles upon areas of interest, such as an exhumed grave, creepy human ice statues, or an arrow stuck in a tree. There are also opportunities to take Polaroids that are added to the journal to refresh the player's memory. The detailed journal dutifully fills in the blanks as Carl performs actions in the mysterious world.

To explore the intimidating frozen wasteland, your pickup truck is nearly essential. Although it is possible to walk everywhere, your trusty vehicle is faster and keeps Carl from freezing to death. It also serves as a handy storage place to hold items that are too heavy. Driving the vehicle is easy. While driving, you can refer to a brilliant map to check directions in the whiteout conditions. You cannot drive it everywhere though, the vehicle is restricted to roads; this keeps the player from getting stuck although it feels a little artificial. You'll have to get out and explore on foot often. Either way, the world size is nearly perfect given the setting and points of interest. The only downside of travel is the regular load points across the region. The game hangs at specific locations—near houses and on bridges—while it loads the upcoming area. These 5-10 second pauses are annoying when travelling back and forth to hunt for items. 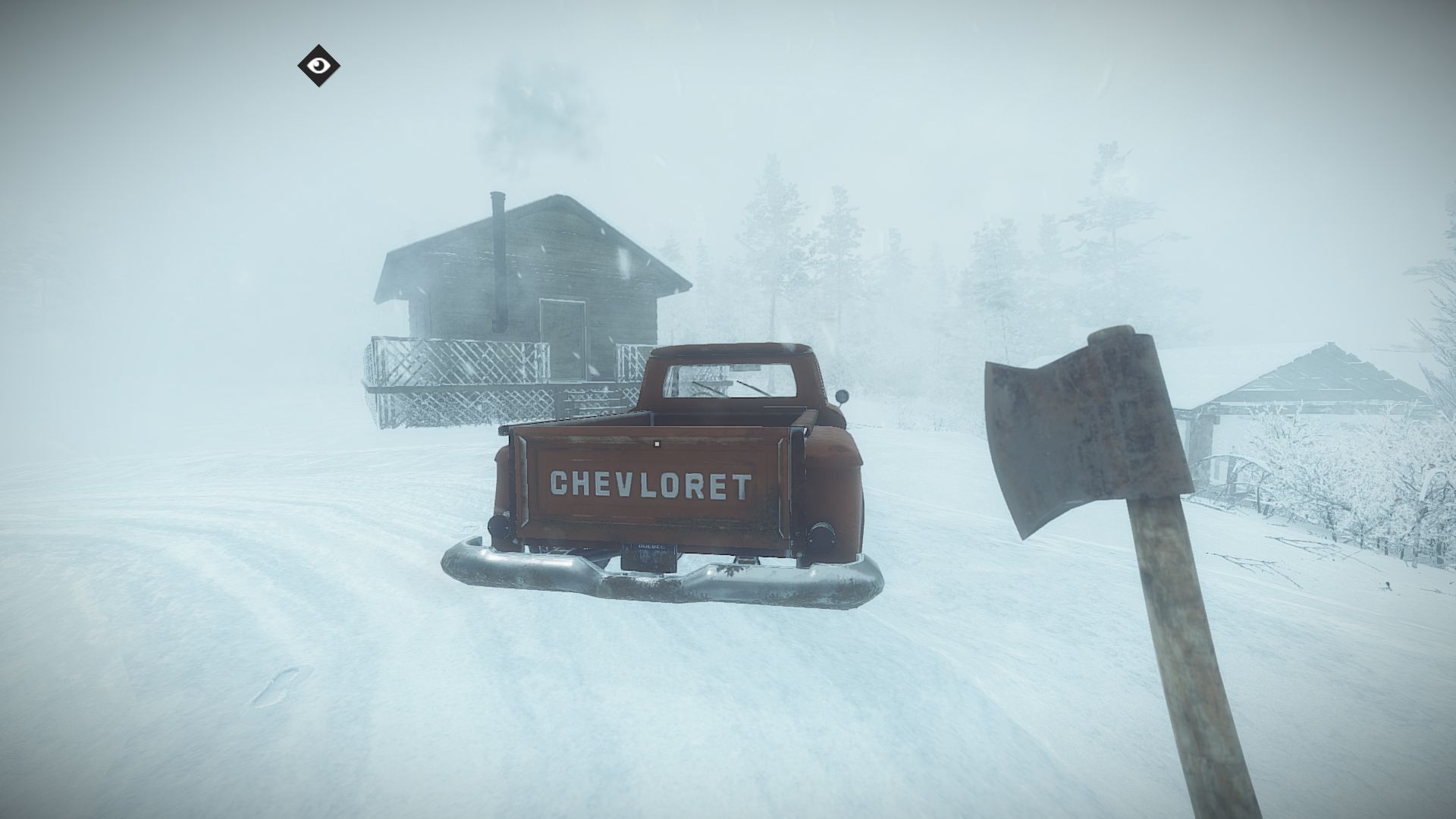 The truck will help you carry heavy items, like the axe

Much of the six hour experience requires the collection of objects that are needed to either solve puzzles or survive. Most of them are found in or around man-made structures. You must light fires regularly, using wood and matches, and they serve as save points and provide warmth. Wood is heavy, so it is best stored in the truck. Other objects at Carl's disposal include a crowbar, pliers, hammers, duct tape, and a rifle. Some have unique functions: the crowbar can jimmy open a gate and the hammer can build footbridges. The rare offensive weapons can kill the irritating wolves roaming the area although their rudimentary attacks are rarely a serious threat. Animal lovers fear not; meat can be used to lure the wolves away from points of interest.

One of Carl’s points of investigation concerns the individuals that are now human ice cubes. Why are they encased in ice? Sure it is cold, but not that cold. Coming across their icy statues will recreate their final moments like it did in Cryostasis, but these dream-like sequences stop short of providing answers. To find all victims, you need to solve a few basic adventure puzzles. After reliving their final moments, information is provided about non-essential tasks that expand the lore. Side tasks confuse proceedings, as you may spend a while trying to solve something that leads nowhere in particular. There is a 10-part treasure hunt that requires a lot of leg work with barely any payoff. A drivable snowmobile can be repaired, but requires the tedious search for many items. Which tasks are important? That might be impossible to tell until the end. A captain-obvious narrator will describe Carl's journey, and provide minor hints, yet he is no help in this regard. It is fun to figure things out alone and follow the breadcrumbs, but doing side puzzles is a bit of a waste in retrospect.

Solving the adventure puzzles, optional or required, suffers from the same problem found in many point-and-click games: the pixel hunt. When searching for items, the only visual guide is a small white dot that gets a fraction whiter when that item can be grabbed—not that helpful given the setting. The interior spaces in Kona are cluttered, with drawers and cupboards that contain some useful things and a lot of static junk. You cannot see what objects can be opened/collected until they are close. And you cannot interact with them until they are practically nailed to your forehead. Opening drawers at waist height means those overhead cupboards are now just out of reach. Rummaging through areas is more annoying than it should be, and some documents have little relevance. It wouldn't be so bad if doors didn’t get stuck on Carl, or cupboards didn't need to be closed from a certain angle. Expect to find a lot of extra items to complete side tasks, but only just enough for the events that progress the story.

But credit where it is due, the atmosphere is one of the best aspects in Kona, driven by the strange events and mostly-vacant buildings. Although there are almost no jump scares, and the wolf threat is more of a nuisance, there is general unease when exploring houses and the surrounding forest. The blizzard conditions are a conduit to create shapes when there are none, like a creature standing on a rocky outcrop that turned out to be a tree waving in a gale. When Carl gets cold and stressed, he cannot run as far or see as well; this compounds the isolated feeling without dragging the pacing to a halt. It is easy to wander off into the blowing snow and become anxious of the distance to your truck or the nearest fire; eventually you need to turn back. 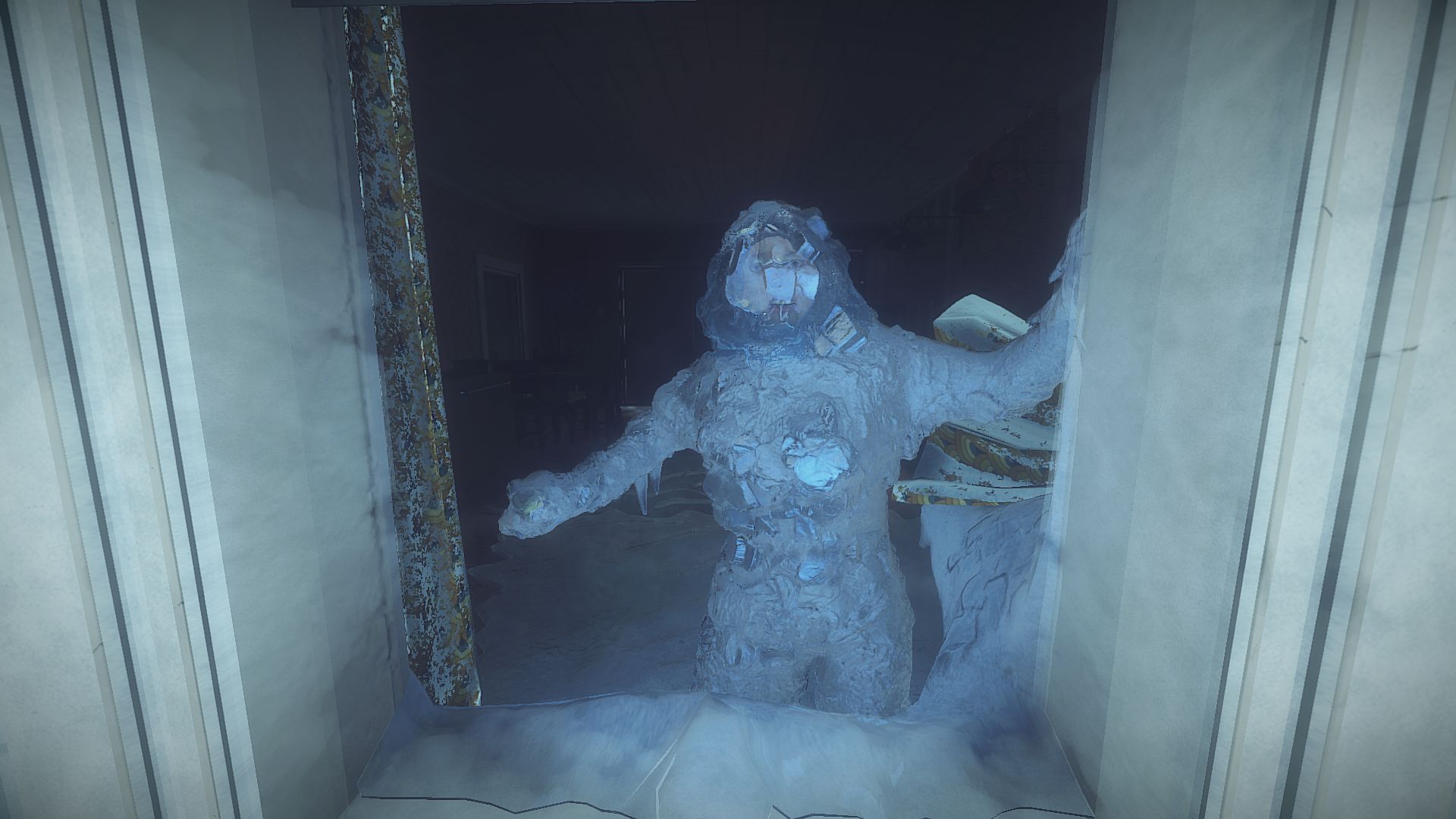 Northern Canada, on the rocks

The atmospheric journey in Kona makes intelligent use of its fictional northern Canadian setting. Focusing on basic adventure puzzles and exploration, it allows players to work things out by themselves. The story is closely guarded with an awesome journal that keeps players apprised of happenings. Optional side tasks distract from the main thread somewhat, and the hunt for game-critical objects is still an issue, but it will usually feel like progress is being made. While there is some clumsy interaction, most of the basic mechanics and items behave in a logical manner. And, crucially, the world size is appropriate, navigated either by walking or using a practical vehicle. Kona is a successful adventure game, using its setting in conjunction with a captivating story, sensible adventure design, and a striking atmosphere.

Our ratings for Kona on PC out of 100 (Ratings FAQ)
Presentation
75
Great atmosphere with detailed interiors. The wolves are a little rudimentary in design.

Gameplay
70
Driving around the wintery area is freeing, searching for important objects is a little tedious though. Side tasks are more of a distraction and combat is basic.
Single Player
70
Not easy to understand and the mysterious events are obscured until the end. There is compelling back story for many characters and searching for answers is rarely boring.
Multiplayer
NR
None
Performance
(Show PC Specs)
CPU: Intel i5 3570k
GPU: XFX RX 480 GTR Black 8GB
RAM: 16GB DDR3
OS: Windows 10 Pro 64-bit

77
No problems with performance although the loads during normal travel were annoying. Doors can get stuck on the player.
Overall
70
Kona takes you on an atmospheric adventure where answers to the mysteries are always just around the corner. Although searching for items is a bit tedious, and side tasks muddle proceedings, it creates a frozen world that begs to be exposed. 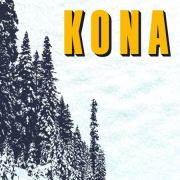 All videos for Kona (1)
Advertisement ▼