The main game mode has players fighting across large Pacific-Theater-themed maps and vying for the control of different points in areas such as lighthouses, airfields, and bunkers. As players die and one team controls a majority of these points, a ticket counter lowers (one ticket per player death and so on) until one team is left without a single remaining ticket and their opposition is declared the victor. It’s a nice game type that allows those players fond of team deathmatch to do their part while fans of objective based games can do their part effectively as well. It’s extremely similar to Battlefield 1942’s most common game type and it’s good to see that it still hasn’t lost its charm over the years. With two game modes and only four different maps, it would be easy for 1943 to fall quickly into repetition and uniformity, but for the most part, this is avoided by the sheer size of the maps, unlockable badges/ribbons (acting as a much more substantial achievement/trophy list), and the nice addition of Air Superiority, a game mode featuring only planes set on its own unique map Coral Sea. 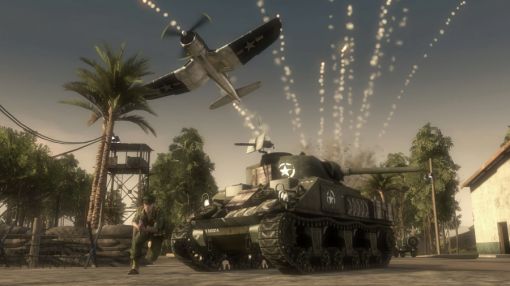 Not available at launch, the Air Superiority and Coral Sea map were unlocked through an interesting community event in which the entire player base of a console would unlock the game mode and map once a certain total kill amount had been reached. Although this type of thing has been seen sparingly in the past (Noby Noby Boy), it gave the game a sense of community and drove the player to play more in order to gain additional content. Unfortunately, DICE hasn’t kept up or announced any details on events like this in the future and it seems like the Coral Sea community event was more of a ploy to sell copies. at launch rather than the life-extending types of events seen in other games (such as Valve’s Team Fortress 2).
Prev123Next 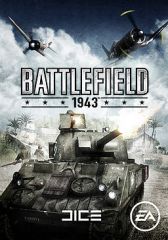