Once upon a time, it was not uncommon for games to be comprised entirely of text. Popular in the early 1980s, text-adventure games would describe a scenario, present the player with a blinking cursor, and await their typed input. Players would enter basic commands such as 'look' and 'open' followed by whatever seemed important from the description supplied. It was the simplest form of adventuring and a precursor of modern gaming. Stories Untold is a game that contains a short text-adventure in this classic style, but is mostly quite different and, sadly, not in a good way. 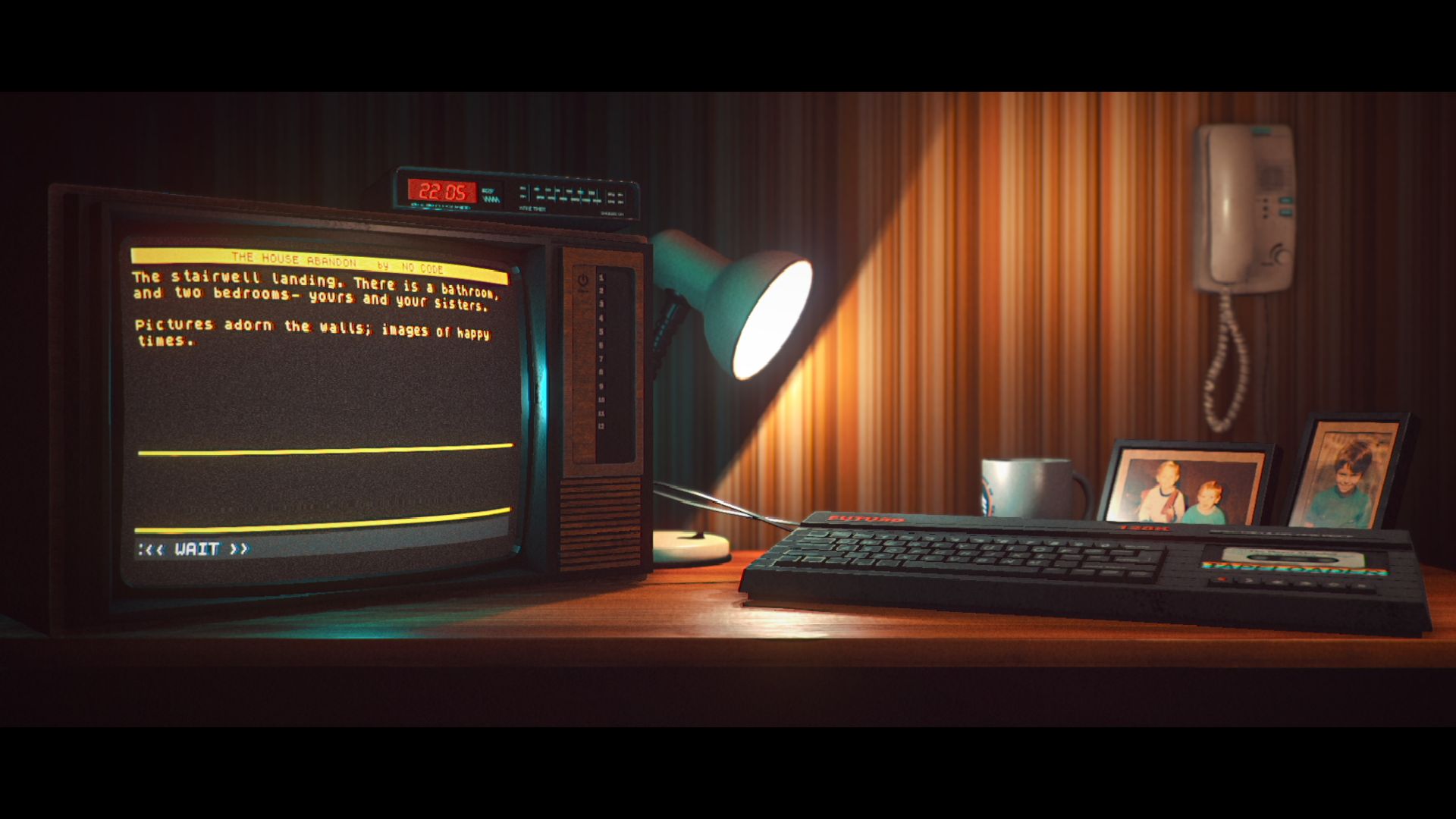 The text-adventure may bring back fond memories

Stories Untold is broken into four episodes, yet only the first and last contain text-adventuring. Unlike the old games, the story is displayed on a monitor in a 3D world. This affords the game a little advantage—the ability to change the world as players type. You can probably guess how this plays out, with simple things like lights flickering and strange noises; the approach adds both unease and intrigue. It successfully combines the old text-adventure style with a dash of modern presentation.

The text-adventure scenarios take place at a family’s holiday house, and an early note provides a basic goal. From there, you are on your own. Older players will have an advantage, but the commands are straightforward and the information supplied emphasizes what is required. Like the old games, there are commands that do nothing. For example, “use key on door” will fail, but “use key” opens the nearby door; there are not many interactive items. The basic navigation and description of the world is good, but there isn't all that much to it. There are only a handful of locations and minimal deviation off the main path. The text-adventure component will take around 30 minutes to complete. This brevity is not a bad thing, but a cause for concern when taken as part of the 150 minute long game.

Both of the middle episodes are a necessary drudge, despite being distinctive from one another and initially creating a good impression. They are not text-adventures, focusing instead on clicking buttons in a 3D world from a fixed camera viewpoint.

In the second episode, you play as a lab technician experimenting on an unknown object in a cramped room. Various tests are described by a colleague in another room and the equipment needs to be configured. A computer terminal contains a manual, so you switch between a view of it and the science equipment, and use the mouse pointer to click on buttons and turn knobs. Once the settings align with the parameters, the experiment takes place and you might get a bit of abstract narrative. Now, repeat the process several more times, with slightly different settings. Despite the scientific trappings, there is almost no thinking required. 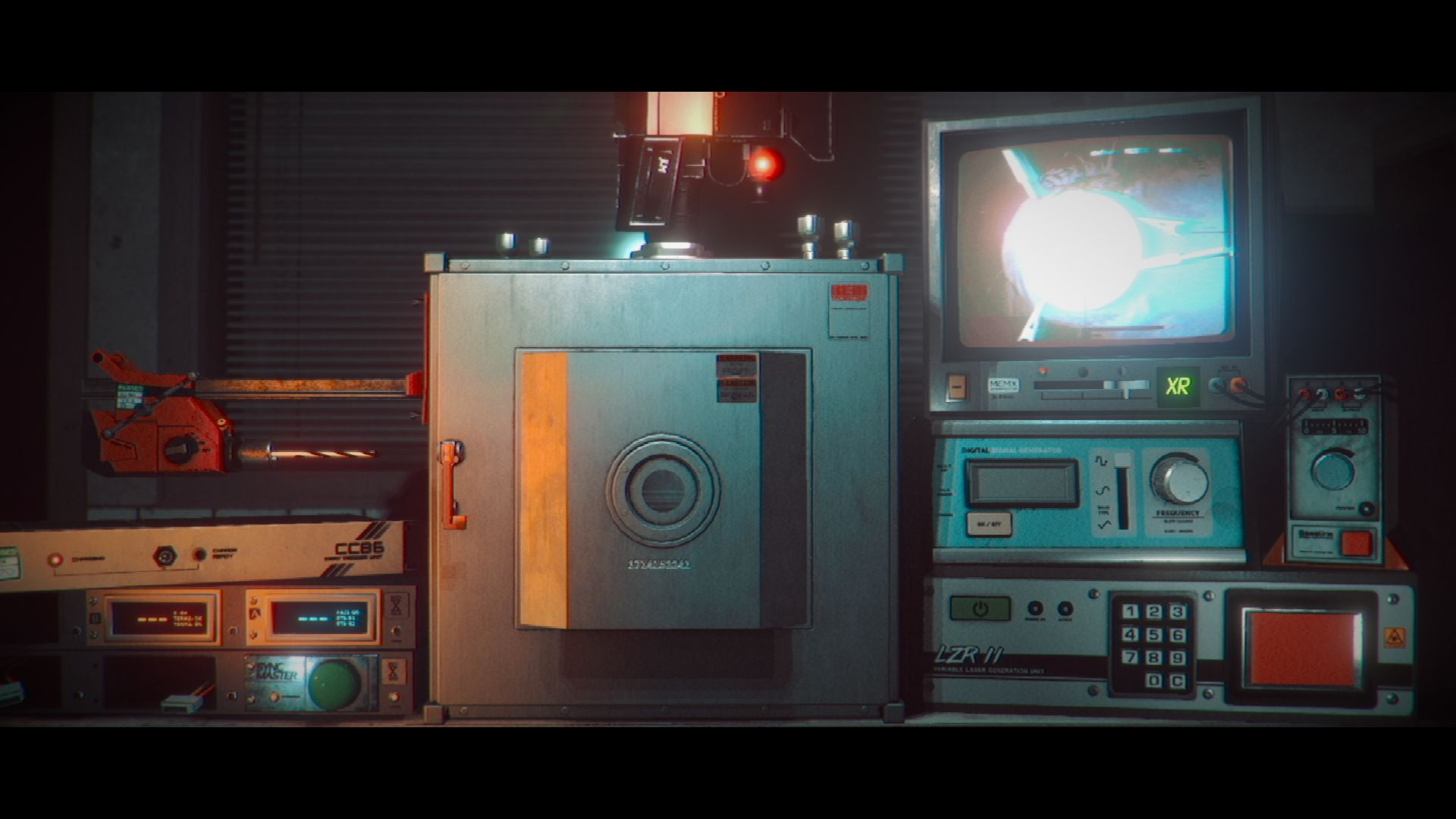 Time for the science of pushing buttons!

After behaving like a lab rat, players are taken to Greenland for the third episode. Here you will tune a radio and translate a bunch of audio codes from inside a snowed-in base. Tuning involves pressing buttons and adjusting dials. The trick is translating the audio code into a series of entries for a computer terminal. Much like the science experiments, you need to browse a microfilm roll which acts like a glossary. That’s right, using the microfilm viewer requires adjustment of dials and levers to change focus, position, and rotation. It’s like trying to reposition an ice cube on a large sheet of glass by blowing on it. The audio signal is not always easy to understand, and the glossary is not completely straightforward, but the episode is mostly about following a procedure.

These two 'hands-on' episodes actually make up the bulk of the game. So most of the time you will be either pushing buttons, turning dials, or translating audio. There is minimal freedom; players follow a predefined script. Both episodes provide context and training for the finale. They obscure the real story for a stronger finish. And, while the story unfolds in a clever way, the process is not entertaining or autonomous.

Without giving too much away, Stories Untold is not just a text-adventure or button-pusher. There are moments, near the end, when you will be able to actually walk around. These walking sections tend to be more about bringing the story to a close via environmental story-telling, like a modern-day walking simulator. The crude environments compare poorly to the detailed fixed views of computers and science equipment, although at least you are not pushing buttons nearly as often.

The handful of locales in Stories Untold are rendered by the Unity engine and it works fine for the fixed views, but there are issues. While many games include an epilepsy warning, Stories Untold absolutely needs it. Flashing colored lights, combined with piercing sounds, create a rather nauseating experience. There is one awful puzzle that requires deciphering symbols while they swap at such a great speed that it may send players into a trance. This flashing sometimes accompanies the walking parts, which suffer from a narrow field of view, jittery framerate, horrendous blur and extremely high mouse sensitivity. Mouse speed cannot be adjusted and turning around three times after moving the mouse half an inch is less than ideal. Also, during the last episode, a switch would not turn on, and the episode had to be restarted—there are no mid-episode saves. 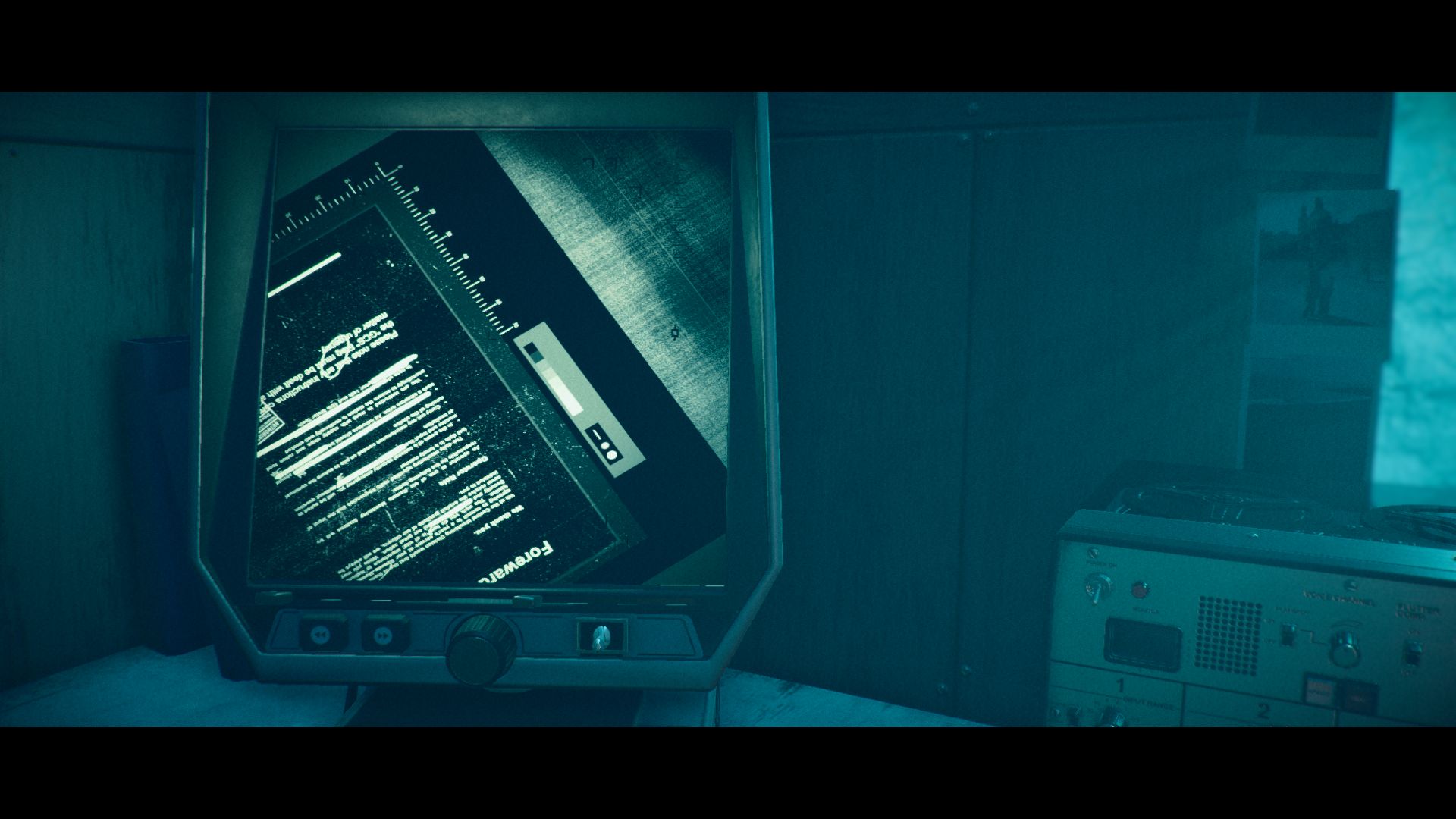 This can't be right

It is difficult to recommend Stories Untold, because of the lopsided balance of its gameplay mechanics. If you are chasing a text-adventure with a twist, then there is not quite enough here. The approach taken by the story is smart and the text-adventure elements (combined with the 3D world) are certainly intriguing. But the simple adventure makes up less than a third of the game, separated by two boring episodes. These central episodes cannot be skipped and exist mainly to support the overall narrative. Following the game’s rigid script of pushing buttons, turning dials, and browsing microfilm is not as fascinating as the bookends. If Stories Untold focused more on the text-adventure and less on clicking buttons when told to do so, it might have been worth looking at.

Our ratings for Stories Untold on PC out of 100 (Ratings FAQ)
Presentation
58
Fixed views look good. The rest (however minimal) is not great and takes away more than it gives. Flashing lights and blur can be unpleasant. Voice work is good and the intro music is excellent.

Gameplay
45
The short and basic text adventure makes up a tiny part of the whole game. Most is turning dials and pushing buttons, and that is about as dry as you can imagine.

60
Jittery framerates when not in a fixed camera. One switch failed to operate, forcing a restart of the episode.
Overall
59
Stories Untold is clever when it comes to delivering the narrative, and its brief text-adventure is interesting. Unfortunately, most of it is pushing buttons and turning dials on command, and this leaves much to be desired.

All videos for Stories Untold (1)
Advertisement ▼