Converting a well-known franchise to another genre is not easy, but Lara Croft GO is not Square Enix Montreal's first such attempt. Back in 2014 they successfully took the Hitman franchise and created a simple turn-based puzzle game for mobile platforms. It retained some traits from the franchise—assassinations, disguises, efficiency—and blended them into delightfully self-contained toy box levels. In early 2016, it was ported to the PC and modern gaming consoles. Now Lara Croft GO is receiving the same treatment, more than a year after it appeared on the smaller screens. Lara Croft GO is not quite as good as the Hitman equivalent, but it retains elements from the Tomb Raider franchise and gives them a twist with simple and rewarding puzzle action. 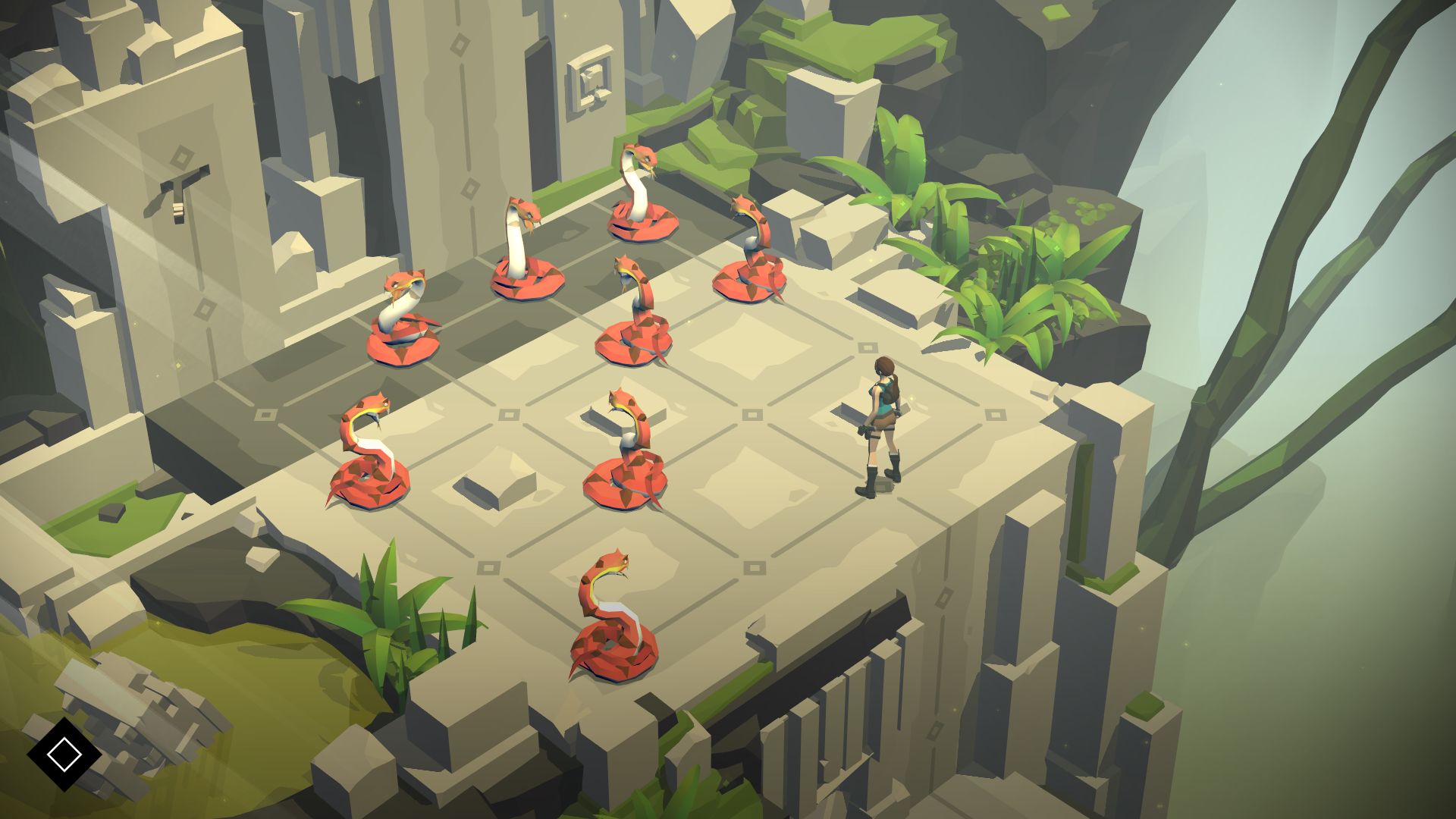 Lara Croft GO is a turn-based puzzler which requires exacting movement in order to complete tombs. Players control Lara from an isometric perspective and move her one step at a time through discrete paths in levels which usually consist of multiple screens/puzzles. Each tomb has around 10 levels, and there are half a dozen tombs in total; basically there are a lot of puzzles. New puzzle tools are gradually introduced throughout, adequately demonstrated, and quickly utilized. The goal for this linear adventure is to find keys in tombs that will open a doorway and allow Lara to collect the final treasure.

While each level could be split into multiple separate puzzles, connecting them together makes it feel a bit more like a cohesive adventure; you may see the next puzzle on the edges of the screen. Although there is no real exploration, due to the limited movement paths, there is minimal pressure to be efficient; taking extra turns incurs no penalty and completing levels in the least possible steps provides no extra benefit. Moving pillars and using levers can often be done without worrying too much about how many steps are taken in between. These basic puzzle mechanics are decent, but tend to play second fiddle to those that result in Lara’s untimely demise.

Lara will need to avoid deadly platforming dangers and hostile animals. Saw blades, rolling boulders, and spiders will move one spot after Lara moves, so it's important to think a few steps ahead. Serpents are stationary, but moving one step in front of them will ensure Lara's latest ensemble consists of unfashionable snakeskin and two fang marks. Salamanders pursue from two spaces and one false move will see them pounce. And so you start to see levels differently; each discrete space is either a death sentence, a dead-end, or a step towards success. 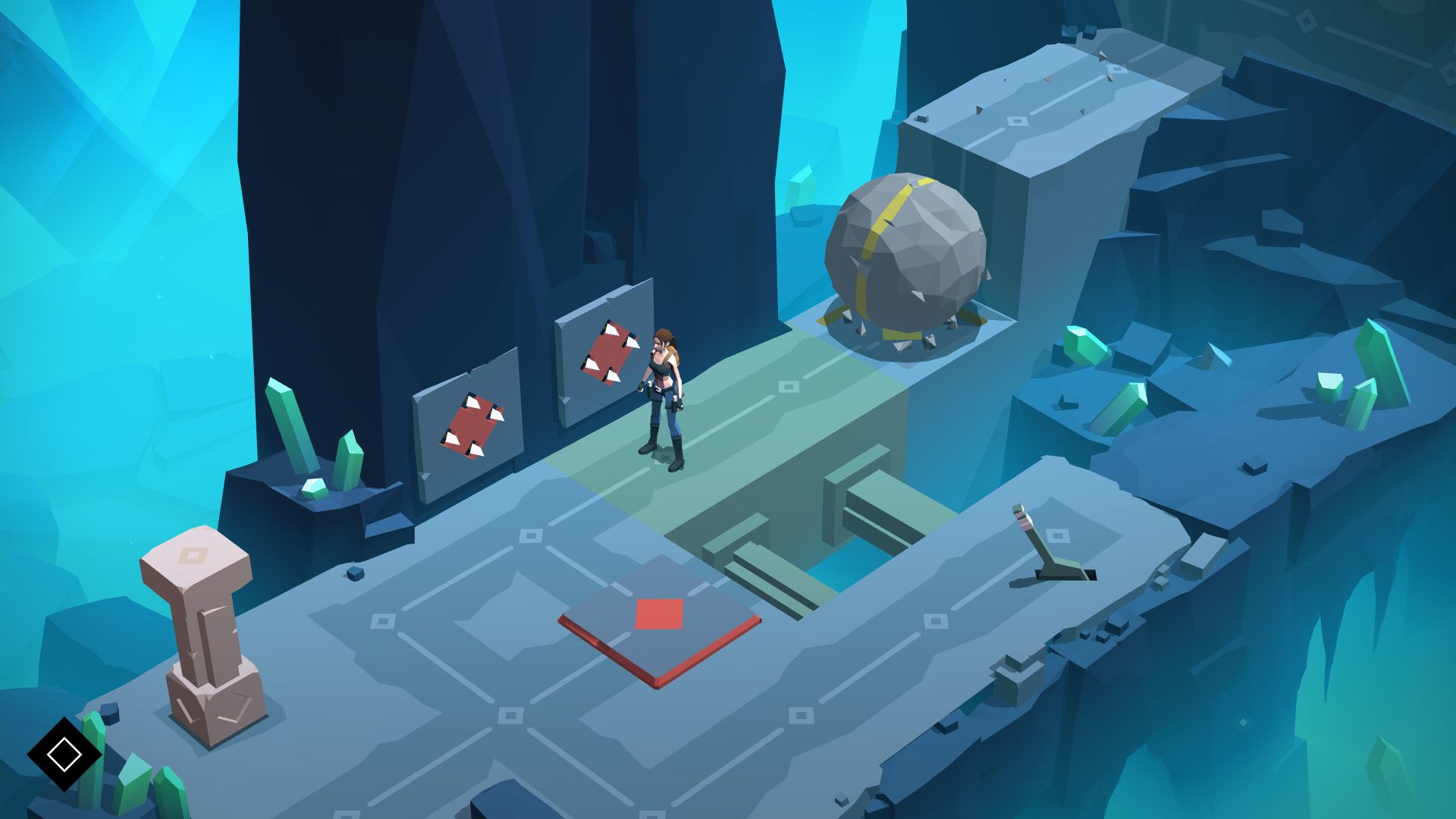 Boulders give Lara a hard time

But Lara is not defenceless, colliding with any creature from behind or the side will see them perish under a flurry of bullets thanks to her dual pistols. Spears can be collected in levels and will kill any creature in direct line of sight. She can even light a torch, and push dangerous creatures back onto pressure switches or into a barrage of arrows shooting out from walls. Working out which creatures to dispatch, and in what order, is part of the fun.

And so this is Lara Croft GO—taking discrete steps, avoiding dangers and finishing puzzle areas by out-stepping problems. And, rest assured, the puzzle elements are clever enough to require thinking of every possible move like in a game of chess. Sometimes the right move is taking a step back, other times it is leaving a hostile creature alive so it can assist later. Be prepared to restart areas when you go the wrong way, or press the wrong switch, although these errors may not be immediately obvious. Identifying and deploying the correct path will drive you forward and crafts a healthy sense of progress. Returning to levels to find relics (hidden on screen) is slightly better than it sounds because the rest of the level can be skipped after they are located.

Once you finish the decent three hour adventure, there is another tomb to explore. The 'Cave of Fire' offers a much tougher challenge. Not only are the individual puzzles harder—there are more permutations and regular threats—but the creatures are effectively immortal, returning to life four moves after their last death. Naturally, these self-reviving creatures are used to solve puzzles, such as by leaving their carcasses on pressure switches, although it gets a little overwhelming when everything else is harder too. Hints that show exactly where to go can be used at anytime, and they might be required in this final tomb.

Across all tombs, the cartoon visual style provided by the Unity engine results in excellent contrast for all elements and a clean aesthetic. While the camera cannot be tilted or rotated, and the environments are flat, the isometric design keeps everything important in view. Animations help make up for some of its visual shortcomings, as both creatures and Lara herself will exhibit motion as they move or remain idle. For example, Lara may perform a handstand after reaching the top of cliffs, or hang from ledges as she shoots a coiling salamander. Moving between spaces is usually quick, apart from the aforementioned handstands, and there is rarely much waiting after each turn even when other creatures or platforms have to cycle through their movements. The same can't be said for load times after a death—although it only takes about six seconds to reload an area, it is too long for the tiny game spaces. The interesting music that accompanies the adventure is unfortunately full of distortions that make it rather grating on repetition. 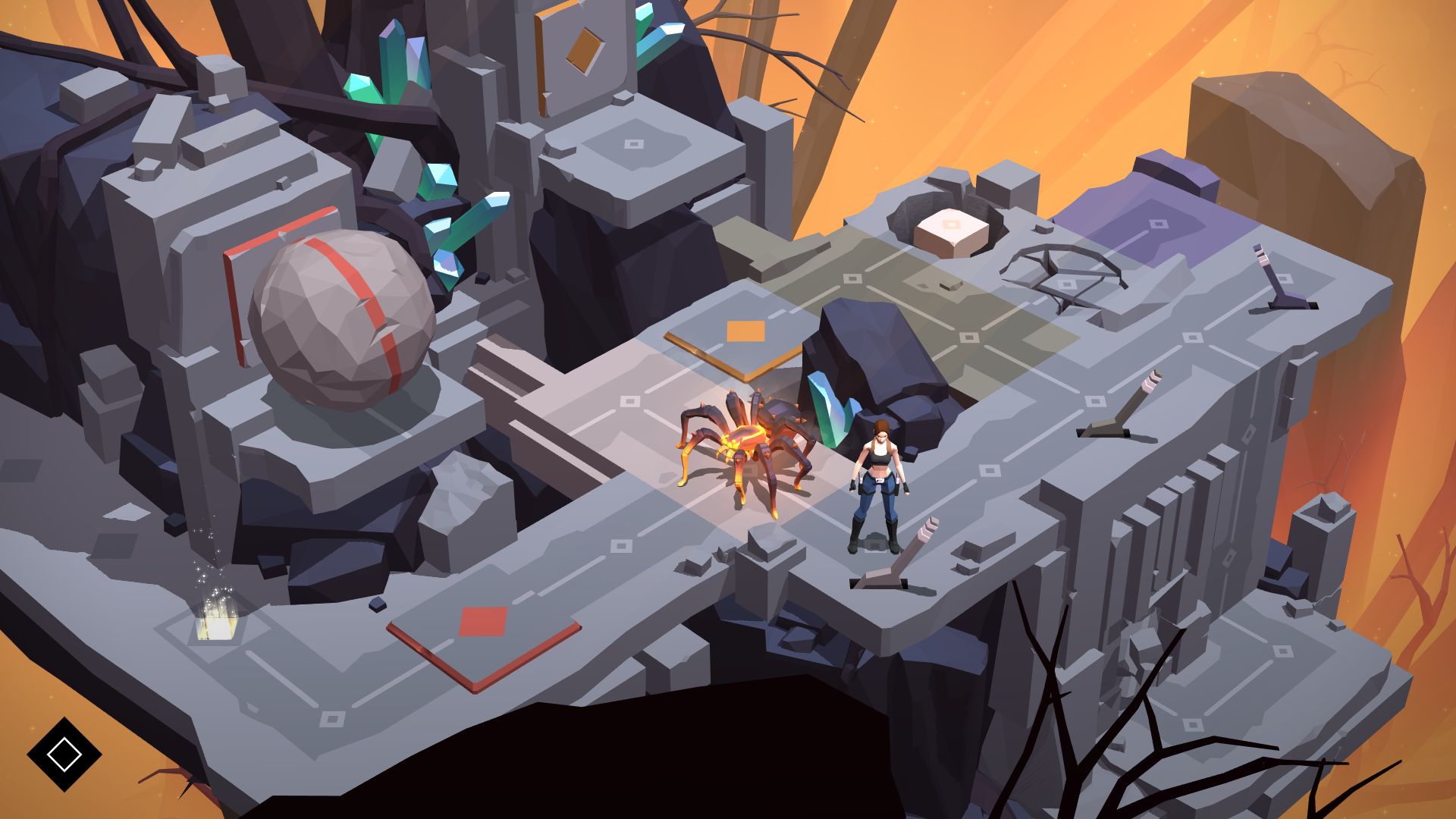 Immortal spiders are a thing

Lara Croft GO is a concise and enjoyable turn-based puzzle game that carefully integrates some basic traits from the Tomb Raider franchise. The environmental hazards, position-based puzzles, and deadly spiders are just some of those thematic changes. Square Enix Montreal's turned-based recipe, which was a fraction more effective in Hitman GO, is flexible enough to provide clever puzzles even when new tools change the rules. With about three hours of satisfying challenges—and two more in the harder bonus tomb—this is a puzzler that can be played in short or long sessions. Lara Croft GO demonstrates that, when it comes to porting franchises to different genres, Square Enix Montreal are taking the right steps.

90
Load times could be shorter. Framerate maxes out at 60. 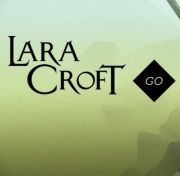