If I were to somehow reanimate Nobunaga, or any other famed damiyo of the warring states period, and was tasked with showing them a game they could enjoy, Nobunaga's Ambition: Sphere of Influence –Ascension would be it. What about if you're not a recently resurrected feudal lord? Then, there may be some issues. 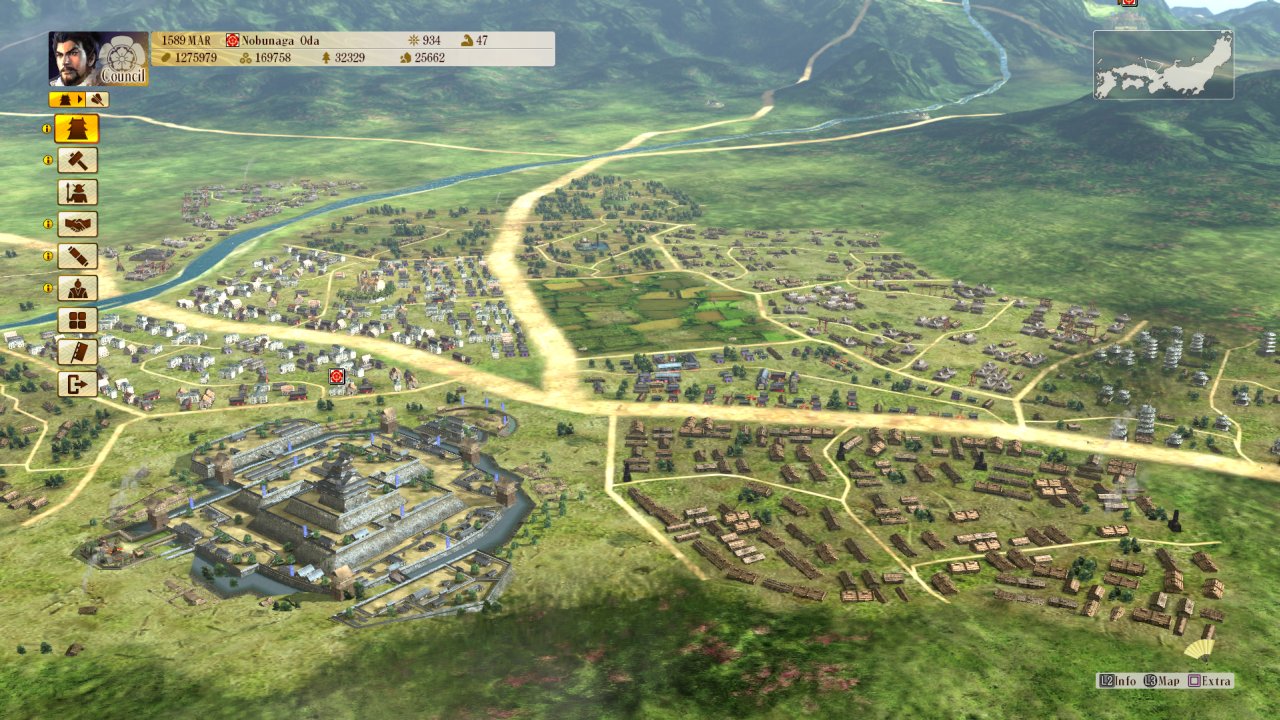 Nobunaga's Ambition: Sphere of Influence - Ascension (which we'll herby shorten to NA:SIA because it feels like a proclamation every time you say the full title) is the standalone follow-up to previous game NA:SA, minus the ascension part. That's just on the PS4, however. These strategy games have been going for around 30 years. The franchise focuses on the tumultuous Sengoku Era in Japan, when the land was not yet unified and wars raged. If you've played any of Koei's Samurai Warriors series, set in the same era, or the Romance of the Three Kingdoms titles, NA:SIA is an amalgamation of the two.

The game plants its feet firmly at the more serious end of the 4X genre. There are tons (2000!) of historically accurate military offices, lords, vassals and more to choose from. And it's this attention to detail that is one of the strongest points of the game. As a fan of that era and the history that goes with it, I can jump into Officer Play mode, pick someone like the titular Nobunaga, the betrayer Mitsuhide Aketchi—or go further afield—and have events unfold; sometimes to one's detriment.

Speaking of character focus, there's a particular light shone upon Yukimura Sanada, who, as far as the western portrayal of him is concerned, has been one of those characters pushed to the forefront. He's featured on the cover of Samurai Warriors multiple times, and is one of the main protagonists in Sengoku Basara. So, as you're roving Japan, he'll dole out some special missions and more character-focused content. 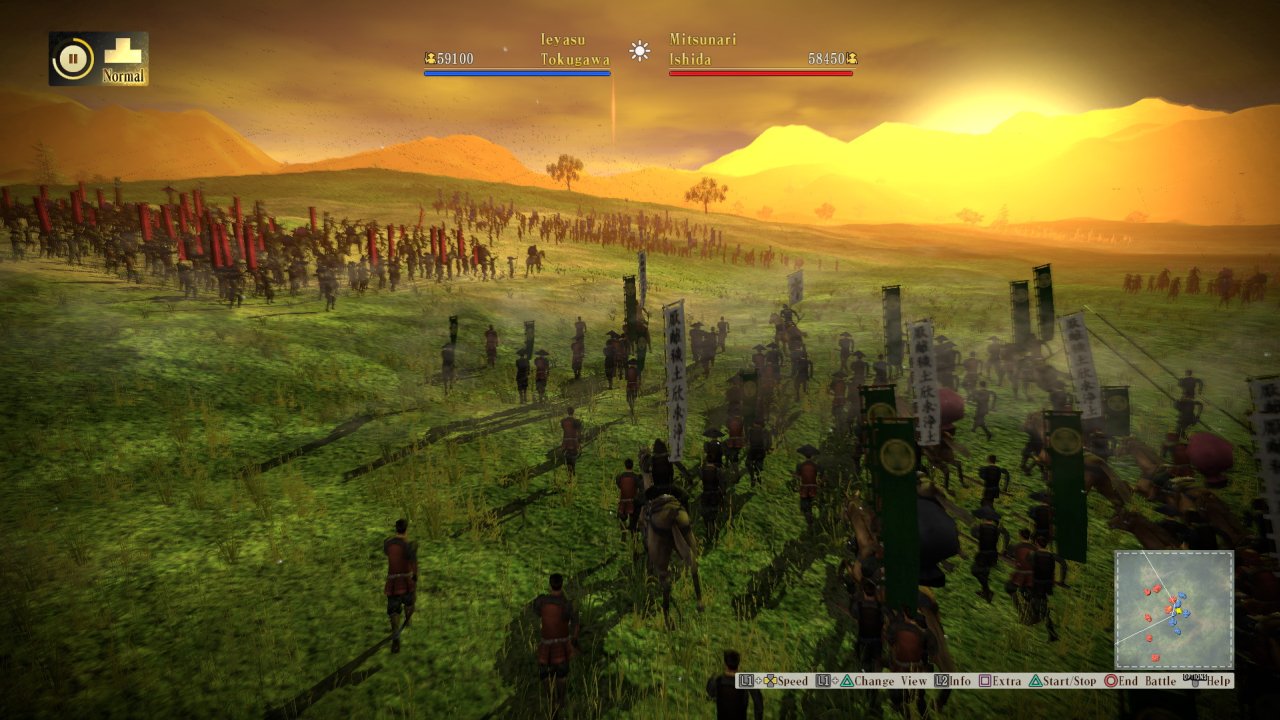 As with all games of its ilk, the "explore" and "expand" components of 4X loom large. Because there are tons of settlements and places of interest, and the fact that you begin, usually, with just a couple yourself, you have to get out there to survive. You'll have a few allies on your side, and can complete missions for them as well as yourself. Missions can range from road building, sending out a retainer to cajole an enemy officer into joining your side, fancying up your castles, sending out troops—the usual 4X, micromanaging fodder. What this is all means is that you must plan ahead, scope out the competition around, and decide just how you're going to expand that sphere of influence.

However, your role changes depending on the characters you pick. If you're some mere foot-soldier or low-ranking officer, you may be able to just build a gate. If you're the man at the top, then you're taking on everything. And, to be honest, that may be a little overwhelming for newcomers not familiar with 4X. It's probably best, and a lot more fun, to take on one character—famously Hideyoshi Toyotomi—and go from rags to riches, potentially rising to become damiyo yourself.

This choice is the reason the game is called "ascension", in case you didn't realize. As mentioned, it's a great tool for breaking in newer players—chop this wood, do something menial—easy to grasp and gradually learn. This is NA:SIA's biggest step towards accessibility and gives the title a more personalised feeling. Carving your path up the chain of command and proving your worth is fun. That fun comes at the cost of more time, though. Yes, with a 4X game, you're never in the campaign for the short run but, in terms of NA:SIA, it'll take you around eight hours. You're in for the long haul. 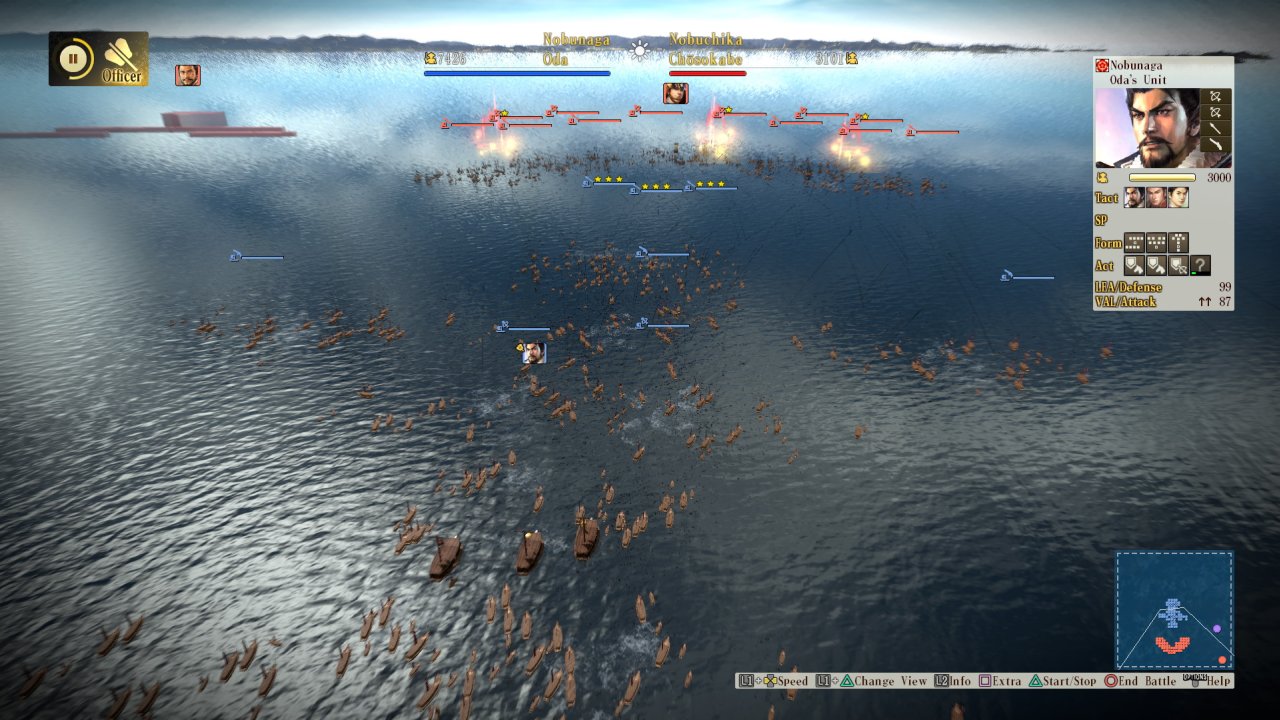 While freedom can be fantastic, it can also be overwhelming. If you simply hammer that "accept" button and find yourself in the middle of Japan, not really having a clue what to do, a strange menu bar to your left, and glowing exclamation points, it's not going to get better. This game just about holds your hand in the tutorial, but there is a lot to take in. If you merely jump into the main game, you'll understand what a mission is, why they're good, but aside from things like advising you on why building alliances are good, being wary of other clans, and mindful of some historically situations, you're pretty much on your own.

The absence of handholding combining with the Master of Orion feelings of spreadsheet management may turn some less hardcore players off. If you're coming into NA:SIA from, say, Total War: Shogun 2, it's not the same experience. Yes, there are battles with troop management, but you'll spend more time feeling like an account manager than a samurai warrior. But if you're looking for a slower placed, meticulous approach to your 4X experience, then the game really excels in those aspects. Another issue, which isn't just indicative to NA:SIA but to the majority of RTS games, is you eventually reach a point where you can trounce everyone. But most of the fun in any 4X game is about reaching those lofty heights.

Battles still are very much a part of the game; though managing deployments becomes less prominent the further up the chain of command you go. If you've played the previous instalment, the fact that you can battle your way through castles and on the ocean should definitely refresh your experience. What you will find is that, as you progress through a campaign, you will literally have to pick your battles, in more way than one. Once you have several detachments, all doing their thing across Japan, it becomes tiresome to hold their hand during every encounter. Simulation is your saviour here, which is by no means a new addition. What is fun is to save yourself for that tricky or historically-reminiscent battle and discover how you measure up to the commanders of old. 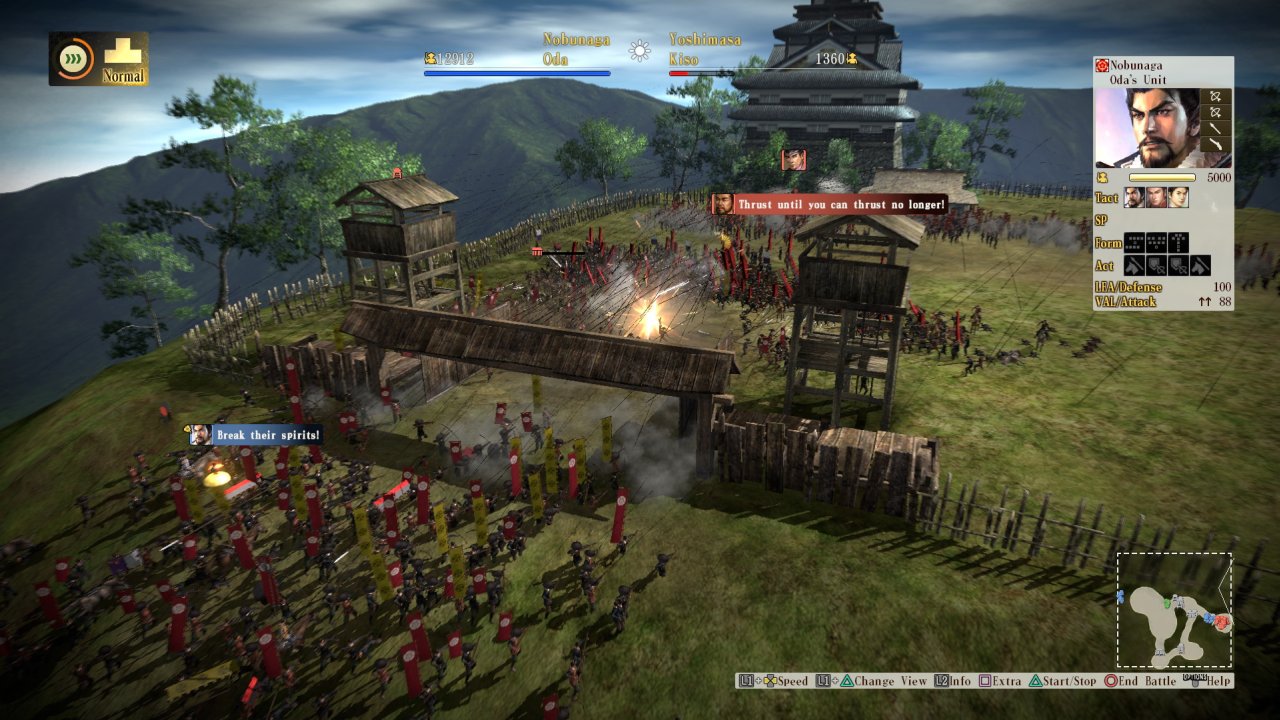 Performance-wise, you are certainly not pushing the PS4 to its limits. The loading time or rather transition into battle is pretty seamless, and though there is a claim that there can be up to thousands of warriors on the battlefield, the models are quite simplistic. There are no massive explosions or in-depth animations and effects going on. It’s mainly men fighting in fields, which is why the aforementioned battles in castles make things a little more interesting. In fact, the troops did look rather similar to the ones I’ve seen in Samurai Warriors, so it wouldn’t surprise me if it were them. As for the rest, it’s mainly navigating UI interfaces, bringing up the odd menu with text and graphics, so nothing stressful there either.

On the subject of UI, both the previous NA:SI and this one are also available on PC, and I believe Koei’s games have quite the following on the platform. Clearly, the PC is the 4X’s natural habitat. Taken out of the wild and stuck in a console zoo works to many title’s detriment. As such, it’s a lot of D-pad tapping or analogue movement, going several menus deep. It’s just a little time consuming and bland, but it’s a hard-core, almost pure 4X experience, so it’s not really unexpected. The menus and options are threadbare, simply there to do their job, which they do. It lends itself better to PC, so if you were planning to pick this game up, it would play a lot more intuitively there.

So, standing tall above my enemies and new found alliances, I can look over my accomplishments with pride. Conquering or unifying Japan takes time and constant day-to-day management. It's safe to say I won't be rushing out to try it for real. However, Nobunaga's Ambition: Sphere of Influence - Ascension is a game for those that love their 4X meticulous and their history vibrant and accurate. If those two factors aren't your bag, then you may become frustrated with the slow pace and unintuitive, often laborious UI.

Our ratings for Nobunaga's Ambition: Sphere of Influence - Ascension on PlayStation 4 out of 100 (Ratings FAQ)
Presentation
60
The game is certainly not pushing the boundaries of current-gen console hardware, but it's clean enough, despite the clunky UI. Character artwork is well done and a more realistic twist on Koei's usual Samurai Warriors.
Gameplay
70
The more hardcore end of 4X. Those familiar with the genre would be best off taking the role of a low-ranking soldier. Those who know the series well should be pleased with the levels of management when choosing the role of a high-ranking officer.
Single Player
80
The game is what you want it to be, whether that's starting from the bottom or from the top. The faithful attention to detail is fantastic and it's extremely interesting to follow each character's journey, if you are already familiar with history.
Multiplayer
NR
None
Performance
80
The game runs smoothly, as the PS4 is never in danger of being pushed to its limits.
Overall
72
Nobunaga's Ambition: Sphere of Influence - Ascension offers a more accessible approach than its predecessor, while bringing its historical chops and in-depth 4X mechanics to the forefront to make for an engaging experience. 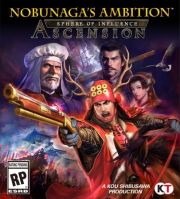