Until Dawn: Rush of Blood Review

One Hell of a Ride

Last year's Until Dawn was a nice surprise from developers Supermassive Games. It was an original IP that managed to scare players with its setting and narrative, utilize QTEs effectively, and keep the suspense going until the end. It even offered replay value to see which of the cast could survive, and also what alternate paths you could explore. With the launch of the PlayStation VR, the studio decided to try something new while still offering the chills and scares of the original game. Until Dawn: Rush of Blood is the result of their efforts, a fiendishly dark rollercoaster ride through a shooting gallery full of monsters and horrors. 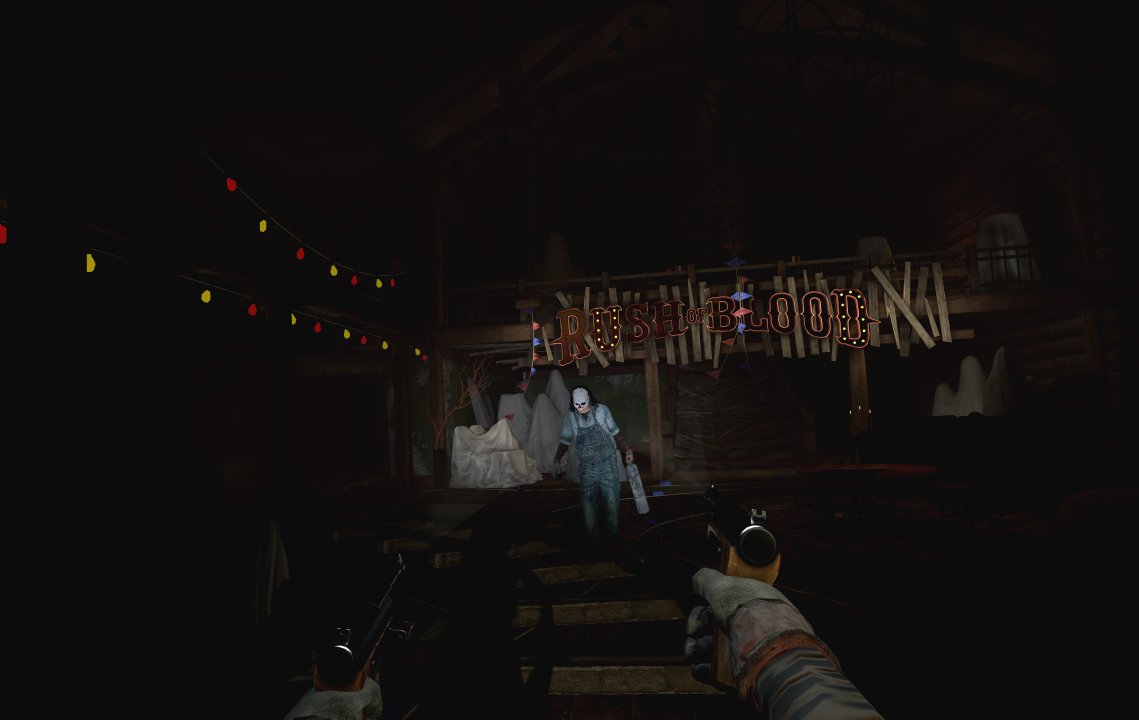 While there are a few launch titles on PS VR that offer the on-rails shooter experience, Rush of Blood takes this concept literally. You're strapped in to a cart and sent through a variety of horror environments. The goal here isn't to thrill you with fast speeds or great heights - in fact moments when you're actually doing some "rollercoasting" are a relief, as you know there won't be any immediate scares or dangerous enemies lurking about. When the cart slows down to almost a crawl, passing through buildings or caves, that's' when the tension is at its peak, as something could happen at any moment. The entire experience is highly reminiscent of a haunted house ride you'd find in Disney parks. There are even well-hidden collectibles and occasional split paths in the tracks, providing good replay value. Fans that have played Until Dawn will find that many of the levels, locales and ghostly appearances were inspired by that title. You'll revisit many of the themes and locations that existed in the original game, as well as cameos from characters you really didn't want to see again.

But you're not just a passive audience waiting to be frightened. Using either a standard DualShock 4 or a pair of PS Move controllers, you dual wield weapons that you can use to shoot at a wide variety of targets and enemies. Starting with pistols and their endless ammo, you will also find new guns - from SMGs to revolvers to shotguns and flare guns - with limited ammo. You simply shoot the crate with a weapon symbol to pick it up. These more powerful weapons come in handy during tough encounters, and adding to the tension is the fact that players must reload manually. When you're out of ammo, your weapon's flashlight helpfully turns red and the weapon itself glows, reminding you it’s time to reload. During intense waves of enemies, managing reloads becomes as important as aiming for headshots. 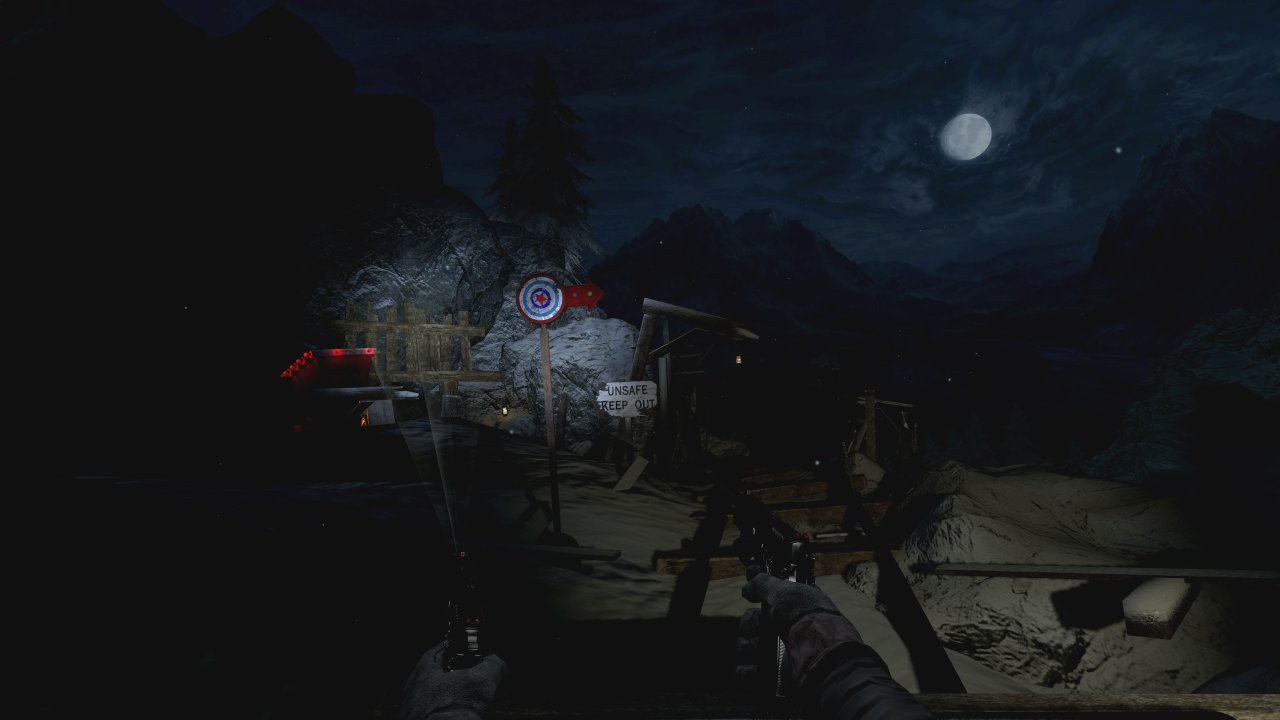 Each level (about 20 minutes in length) contains a wealth of random objects to shoot with targets painted on them - from bottles and crates to pig heads on stakes - and the more items you hit, the higher your score will be at the end of a level. You've also got a multiplier to your score that rises the more items you hit. Your tally for each level is posted on the online leaderboards. But while shooting targets is easy and somewhat entertaining, the problems arise when targets start to attack back. You'll encounter a variety of fiendish enemies (spiders, ghosts, masked killers, and so on), which usually spawn in a few waves in a room, as your cart moves very slowly (or is completely stopped). Depending on chosen level of difficulty, you can kill them decently quickly, and shooting lamps or fire bombs before they are thrown at you will ignite foes. Often there are also explosive barrels to help you from being overwhelmed. Each level concludes with a well designed multi-stage boss encounter; it's impressive how varied these boss stages are, given that the player can't do anything except sit and shoot back.

Until Dawn: Rush of Blood is a horror VR title, which means you can expect plenty of creepy atmosphere, horrifying sound design and the occasional jump scare. It's pretty much on the level of being scared in a 3D movie, except with VR you can't really look away when you know something is coming. The game uses its atmosphere effectively, without going overboard with any particular type of scare. Given that you're on a rollercoaster, there's never a reason to look too far to the side or behind you, but that's fine since the experience remains effective enough. The PS VR headset is also involved in the gameplay, as you occasionally need to dodge left/right or duck under slow-moving sawblades, or fast-moving debris on the tracks. PlayStation Move controllers worked well most of the time and there's enough leeway in your aim to still get good hits on targets even if the tracking sometimes hitches. The PS Move control scheme is also more effective as you can shoot in different directions with each hand. 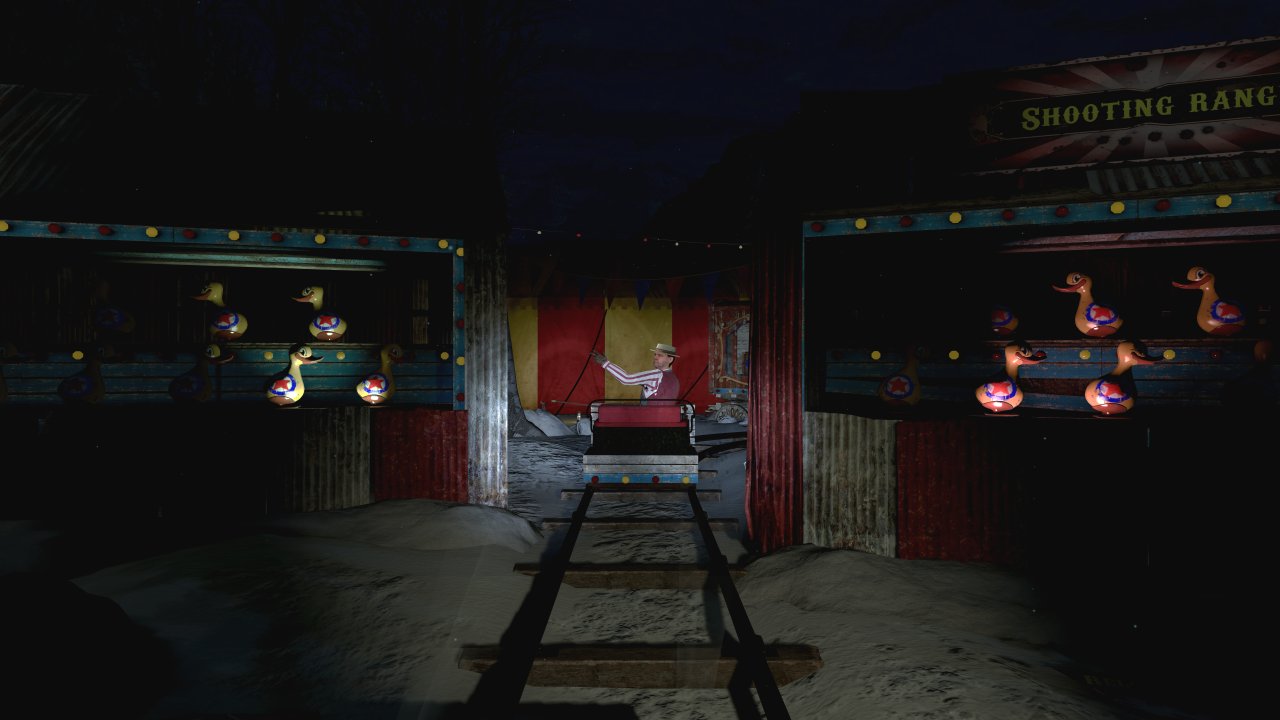 Until Dawn: Rush of Blood is an effectively scary VR game, and entertaining on-rails shooter. You'll appreciate the variety of scares, atmospheres and enemy types as the game challenges you to keep your head (literally) while going through a wild rollercoaster ride from hell. The levels are lengthy enough and varied to keep you second-guessing, and the boss encounters are creatively designed. Because you're not in control of the cart, there are no motion sickness issues. In most hardware launch lineups, there are horror games, and Until Dawn: Rush of Blood fills this role quite effectively for PlayStation VR.

Our ratings for Until Dawn: Rush of Blood on PlayStation 4 out of 100 (Ratings FAQ)
Presentation
70
A very effective atmosphere thanks to artistic design rather than technical prowess. Audio design works just as well.
Gameplay
77
Dual wielding and shooting your way through this haunted gallery is both memorable and replayable.
Single Player
83
Well designed levels packed with collectibles, variety of action, and diversified boss encounters.
Multiplayer
NR
None
Performance
80
No problems with either VR or PS Move tracking, except for rare hitching.
Overall
78
Until Dawn: Rush of Blood is an engaging and entertaining horror launch title for the PlayStation VR.

Until Dawn: Rush of Blood 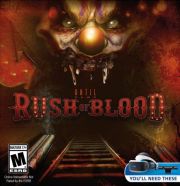 All videos for Until Dawn: Rush of Blood (1)
Advertisement ▼