Put your head in the clouds with this charming VR adventure

While the use of virtual reality tech for a light adventure game may not be the most exciting idea, that doesn’t mean it cannot produce a rather wonderful experience. That’s exactly the position that Uber Entertainment found themselves in with Wayward Sky, a launch title for the PlayStation VR that offers a light-hearted journey with some puzzle elements in an inviting setting. It utilizes the virtual reality tech to give players a broader perspective and hide collectibles, this title is a nice example of calming and yet involving VR game. 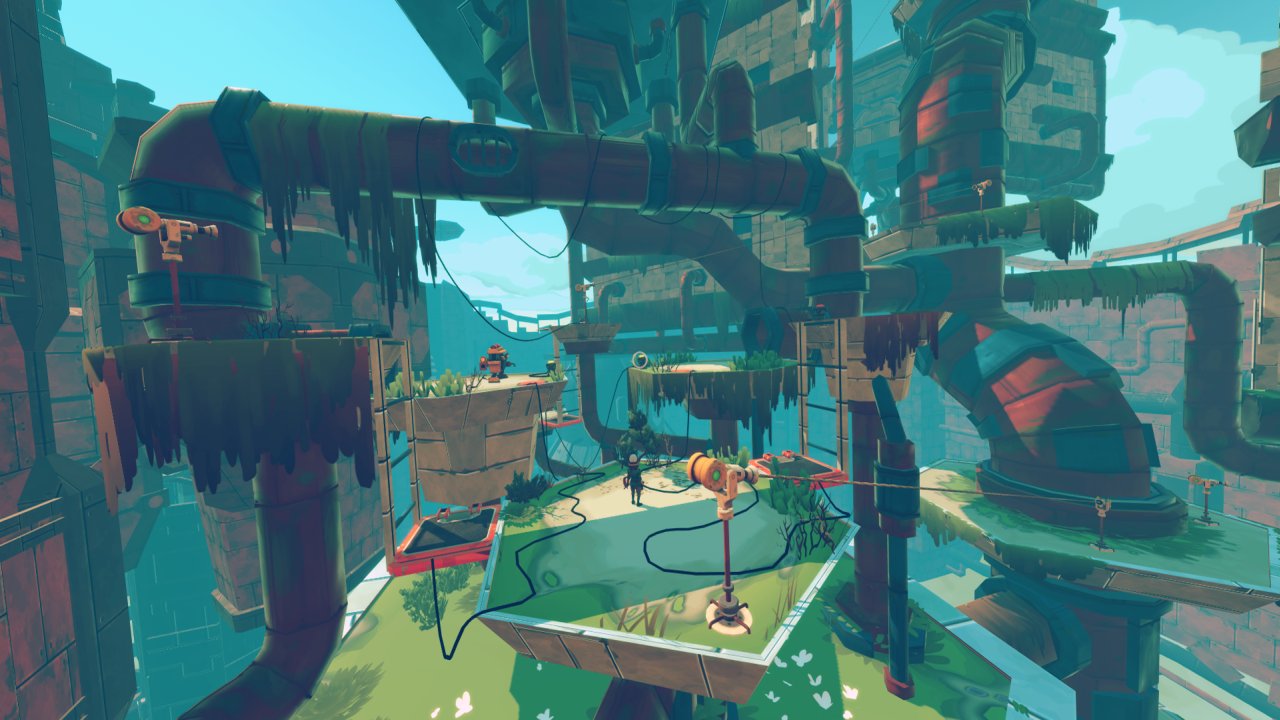 Wayward Sky is a third person adventure game where players control Bess, a young pilot. As you’re flying around one day with your father as a passenger, your plane is shot down and crash lands on a mysterious factory that floats among clouds. Your father is kidnapped by a mean looking robot, and Bess sets out to rescue him. As you progress through the story you’ll get to learn more about Bess and her father via brief playable flashbacks. The story of the floating structure is also uncovered via scenes that play out as a 2D puppet show. We learn about a father and son that had a falling out, and the robot family that they’ve built in this floating factory, each with differing personalities. Bess will get to meet these robots and learn more about them, as well as why one of them decided to kidnap her father. The adventure is decently lengthy for a VR title, clocking in at two to three hours.

As you guide Bess through the floating factory in hopes of reaching her father, in your way there are numerous obstacles – environmental puzzles, blocked passages, and actual puzzles. Players will often need to activate bridges, for example, in order to rotate them properly for crossing. Similarly, straightforward puzzles have you flipping switches to activate all lights, or rotating pipes to make a connection between points on a board. The difficulty is usually decently low, and it’s just a matter of trying various combinations to get the desired result. It’s simple, but enjoyable and the resulting quick solutions help the game maintain a brisk, enjoyable pace.

The game is linear, but there are occasional brief side paths that contain a collectible item. As you progress, Bess gains various tools that are immediately helpful in the next area, for example the ability to control factory robots to help with puzzles (by telling them to activate buttons, move crates or stand on push plates), or the ability to glide on ropes between small isolated platforms, or even grabbing a chicken against its wishes so you can fly across a larger gap. There is enough variety packed into Wayward Sky to justify its point-and-click adventure ambitions, and not just as a PS VR showcase. 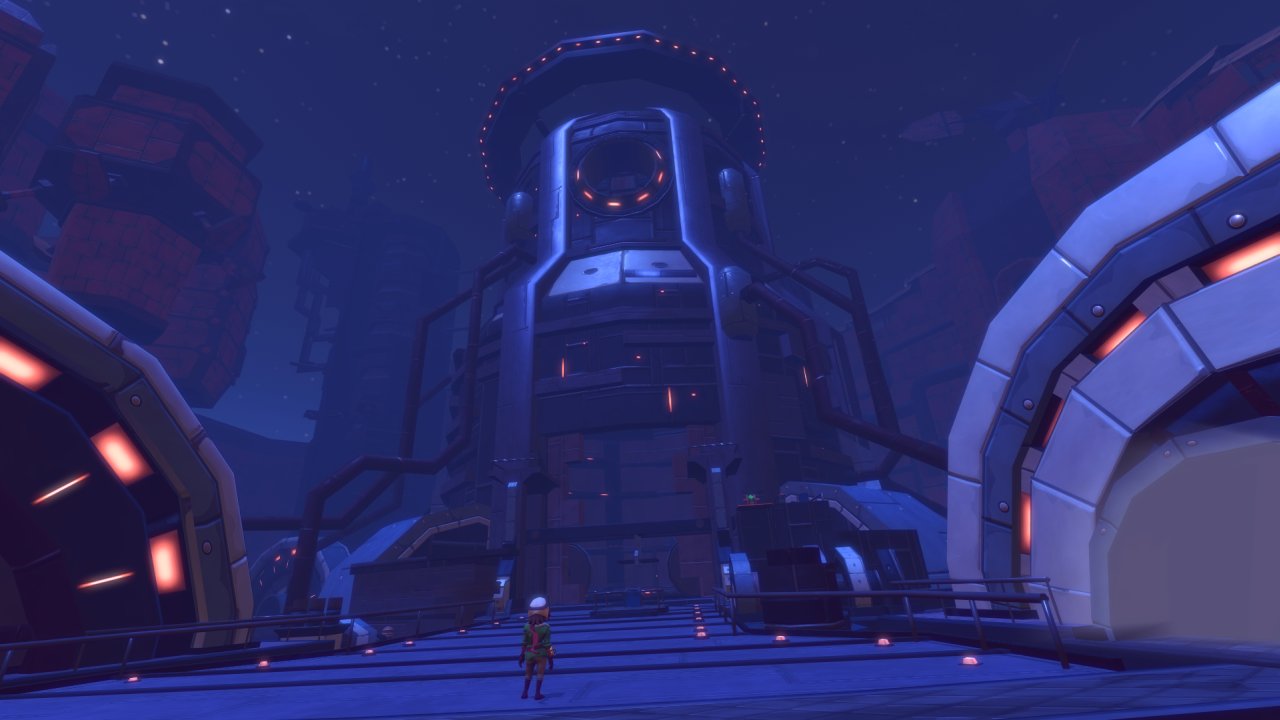 Wayward Sky does require VR, and it can be played with a regular controller or the PS Move set. The game recommends PS Move because the player’s perspective is a steady camera on the side of a level, providing a clear birds-eye overview of the current level aera you’re traversing. The game automatically changes perspectives to give you the best view of the level, puzzle or smaller space. PS VR immersion works well and the camera positioning also lets you look closer or above/below the environments, but there is little reason to look anywhere else around you. You use the PS Move in this virtual space to point to where you want Bess to go, or what item to interact with, and this too works without issue. For some puzzles and collectibles, you must use the PS Move controllers as Bess’ hands, and grab/manipulate objects in first person perspective. This works fine, though the tracking sometimes goes wonky in this particular view. In the end, it’s fair to say there are no gameplay elements that require VR – it’s used mostly for the 3D visual perspective. Similarly with the PS Move, it’s just an optional way to help with immersion.

The whole game features a very pleasing and bright art style and a calming minimalistic soundtrack. Wayward Sky also looks quite nice on a technical level, and maybe it’s due to the visual style with the clean environments and cute robots, but it’s one of the better technical looking experiences on PS VR. The occasional cutscenes are also well made and give you a different perspective on the game world, utilizing the 3D levels well. Various sound effects from the inhabitants of the factory are often cute, as worker bots shuffle about. 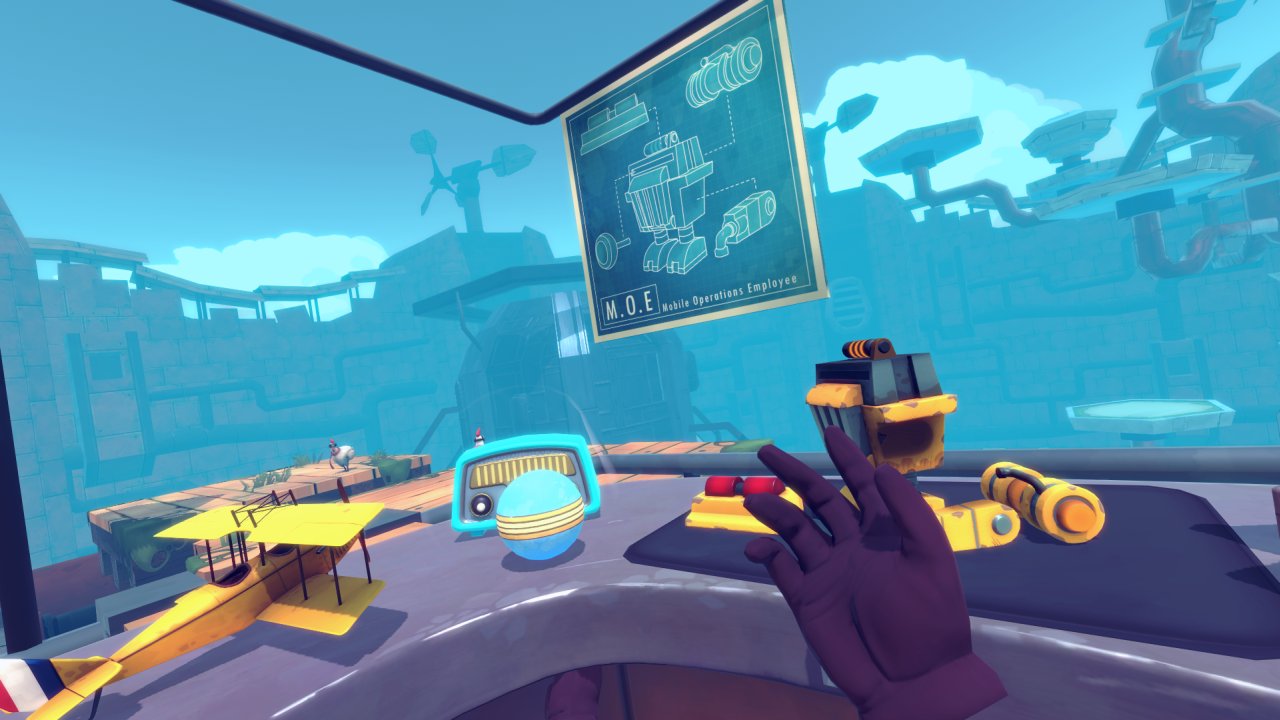 With a charming art style, enjoyable story and characters, and straightforward gameplay, Wayward Sky is a nice little adventure game. The PS VR is used primarily for immersion rather than any gameplay mechanics, and the PS Move controllers offer further opportunity to interact with the game in unconventional ways. With a decently long campaign, this is an enjoyable trip through a floating robot factory with some replay value if you want to hunt for collectibles. It may not utilize VR to its fullest potential, but as “a Look and Click VR Adventure”, as the developers describe it, it’s a pleasant enough launch offering.

Our ratings for Wayward Sky on PlayStation 4 out of 100 (Ratings FAQ)
Presentation
75
The game’s colorful and cartoon-like visual style is appealing, and matches the game’s accessible nature and equally calming audio design.
Gameplay
72
A simple and straightforward adventure game with a multitude of quick puzzles and linear main path.
Single Player
70
Decently long and pleasant story, as you explore linear paths and meet some quirky robots.
Multiplayer
NR
None
Performance
NR
Minor issues with PS Move controller tracking, and the virtual reality isn’t really used to full 360 degree potential.
Overall
73
Wayward Sky is an enjoyable and accessible adventure game that uses basic PS VR features to tell a gratifying story. 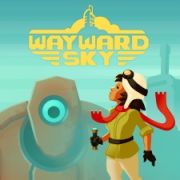