Zone out in VR with some music

Developer Harmonix Music Systems have often excelled at creating interesting and accessible music experiences. From their beginnings in Amplitude to making the music genre explode with Guitar Hero, and subsequently Rock Band, the studio has gone through a number of franchises and added their own touch to it. It's always been about the music, and with their PlayStation VR launch title Harmonix Music VR, that's still the case. 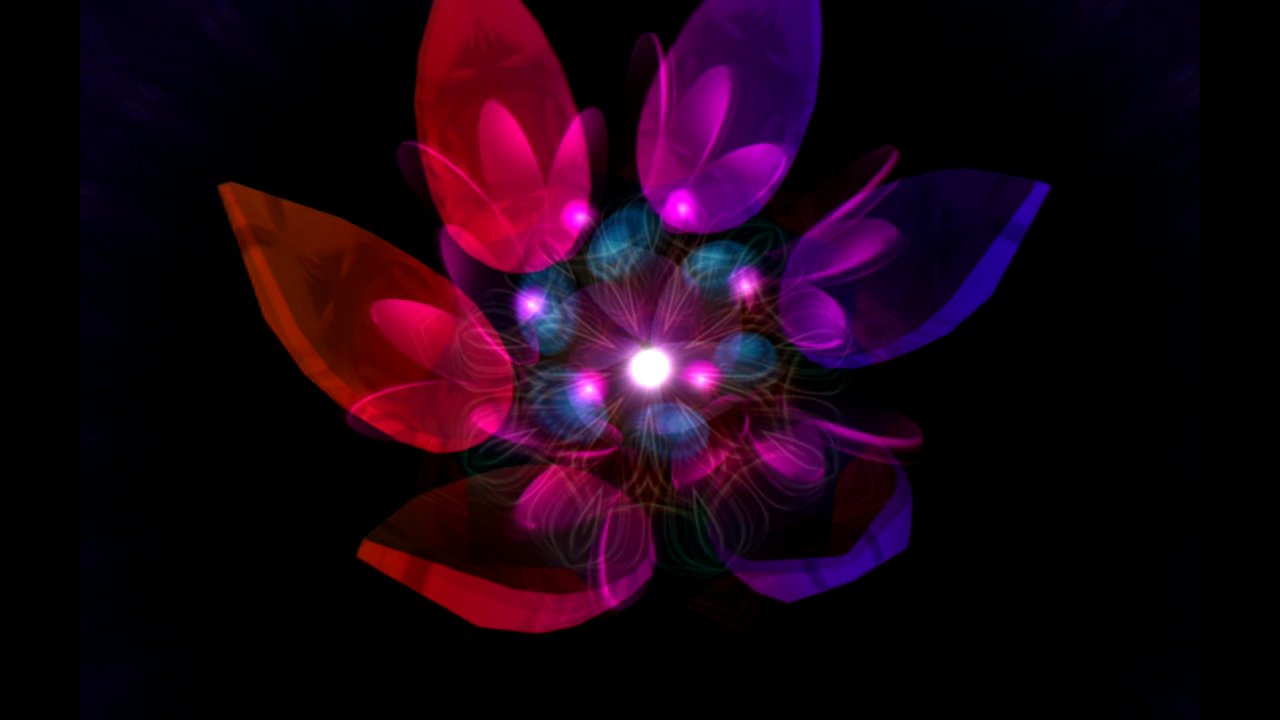 Harmonix Music VR is a relatively thin and simple offering, offering four levels for players to immerse themselves in. The first level is called The Beach; here, players only use their headset to look around and no controllers are needed. Music plays and the digital world around you keeps changing slightly and shifting to the beat. As you look around the island, you can use one of three different viewpoints, and near each one are items you can trigger just by looking at them. These items trigger different cool visualizations that take over the screen and last as long as you're looking at them. Look away, and you're back on the beach.

Another level, The Trip, is in similar vein. Here, the game simply floats your view through a very trippy set of kaleidoscope-like visualizations. Everything shifts and changes to the beat, and there are no interactive elements. If you want to wow non-gamers with PlayStation VR, The Beach and The Trip are definitely along the very best options.

The two other levels are a bit more interactive and involve the use of PlayStation Move controllers. In The Easel, you use one controller as a digital paintbrush, with the other is used to hold your brush palette and also move things around the scene. The experience is highly reminiscent of Tilt Brush by Google, as you create 3D reactive art. The brushes at your disposal are basically various effects that continue to pulse to the music as you're creating. If you're particularly happy with something, it can be saved as a file and loaded later. Again, it's a simple concept that's great for showing newcomers what VR is about - though it's obviously not as impressive as using Tilt Brush in 360-degrees of HTC Vive, since your playspace is limited in comparison to a more 2D pane. 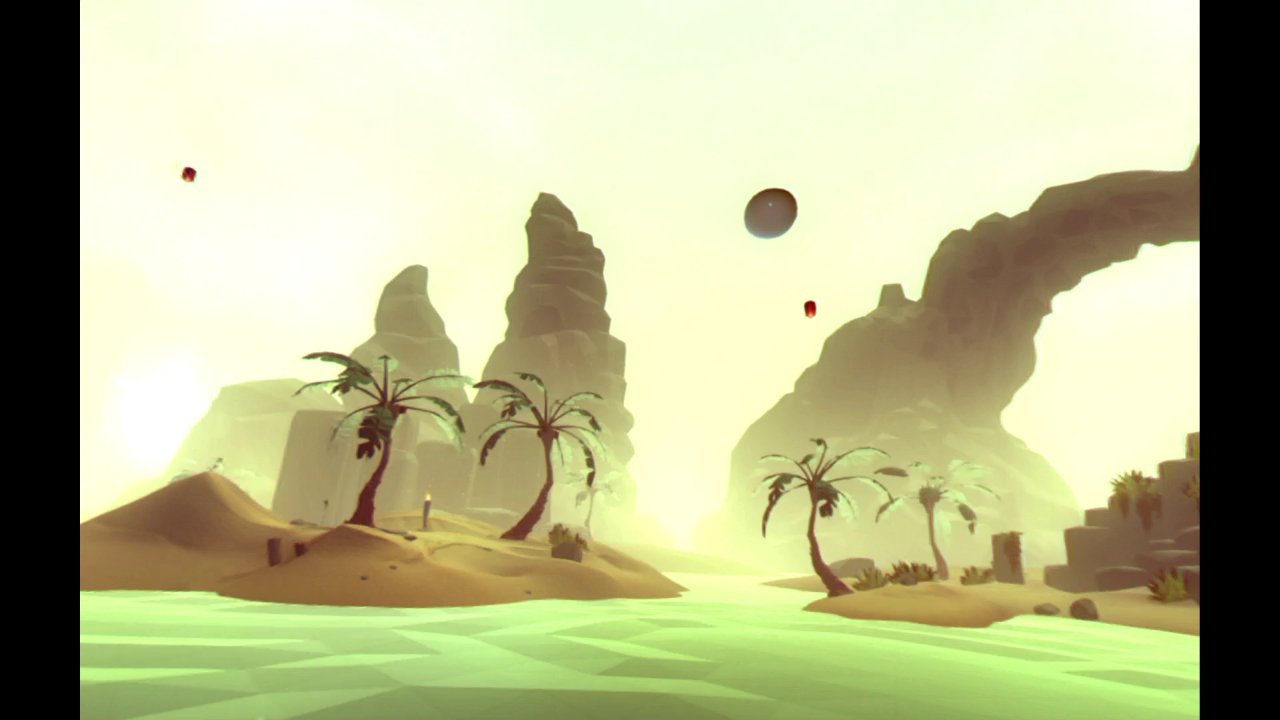 The final level is The Party, and it's the most game-like of the bunch. The idea is that you're in control of a party in a small gym with a bunch of characters. Here, there are three views that the player can take. In Giant mode, you have a distant view of the level and can move objects and characters around to where you want them. In the second view on the dance floor, you select characters and start free-moving their limbs to the music. This acts as a loop recording, and the characters will continue moving after you leave them be. Finally, the last view is from the DJ booth, where you can sound a horn or scratch a record. The Party is an okay mode to mess around in and make characters do funny or dumb moves to the current song.

While The Beach and The Trip work without issues in Virtual Reality, letting players fully immerse themselves in the music and trippy visuals, The Easel and The Party suffer a bit due to the PS Move controller tracking issues. This is somewhat problematic across most PS VR titles though, so it wouldn't be fair to criticize Harmonix Music VR specifically. But it would have been nice to have an option to use a standard DualShock 4, even to just navigate the menus.

You'll be playing through all these levels using 15 or so music tracks included with the game, mostly in the techno genre, though there are a couple slower and jazz-like songs. A criticism I have is that song lengths aren't displayed in the menus, so creating a tracklist of 3 or 4 tracks can suddenly last over 20 minutes. The 15 included songs may not seem like much, but the game also has the option to simply insert a USB into the PS4 with your favorite music, and the game will visualize them for you. 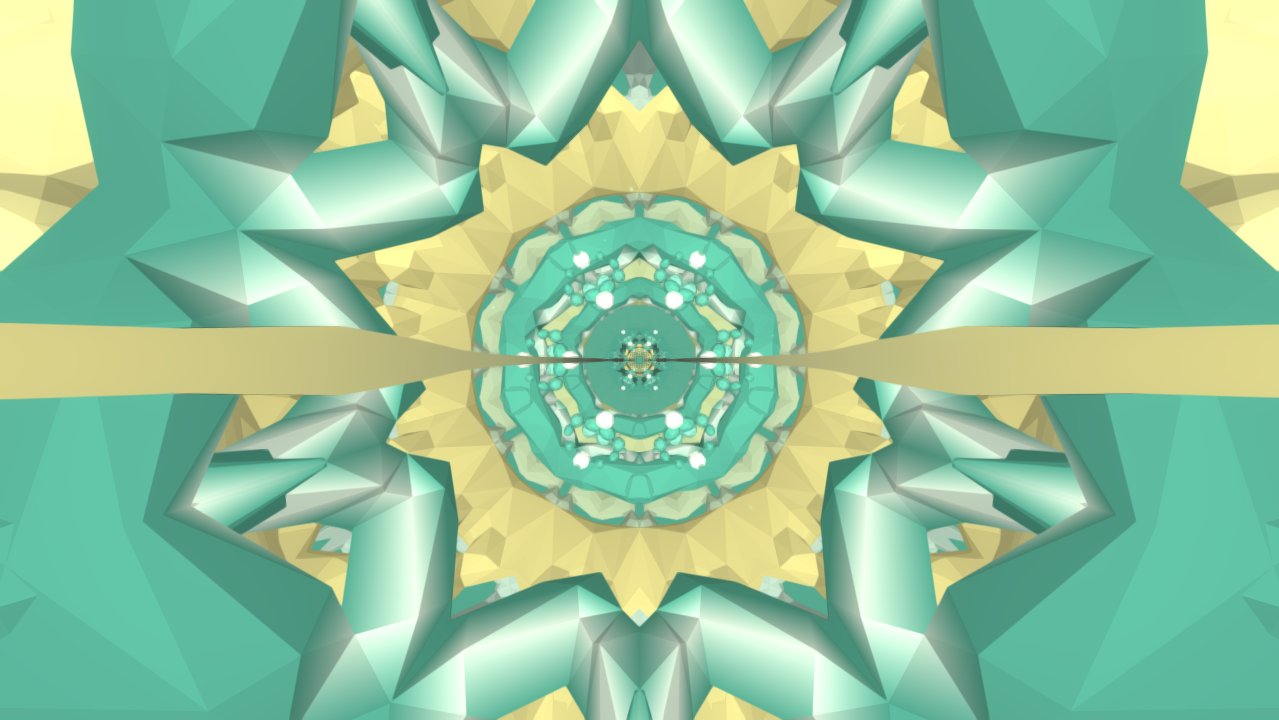 For a decent price of $15, Harmonix Music VR makes for a decent introductory title for PlayStation VR users. If you choose to import your music or like the "zone out" experience being offered, or have someone new wanting to try out PS VR, this is a great title to have on hand and is absolutely one of the first things you should show to others. The long-term value is maybe not as solid - after you've seen the available visualizations, there is little reason to go back, and unless you're a creative type, the gameplay options here are quite slim. It may seem like a glorified music visualizer like the classic Windows Media Player, and in some ways this is true. But there are few better games to showcase the very basics of PS VR to your non-gaming friends or family.

Our ratings for Harmonix Music VR on PlayStation 4 out of 100 (Ratings FAQ)
Presentation
75
Cool visualizations and a selection of well produced music. The Trip is worth taking at least once.
Gameplay
60
Only two levels have worthwhile interactions; The Party can be amusing for a few moments, and The Easel is a decent cheap substitute of more advanced VR creation suites.
Single Player
68
The four included levels are okay for the price, but lack replayability, and the soundtrack could have been larger.
Multiplayer
NR
None
Performance
65
The game runs without issue but the tracking problems with PS Move may cause annoyances.
Overall
66
Harmonix Music VR accomplishes exactly what it sets out to do – a straightforward music visualizer with minimal gameplay elements to showcase the basic possibilities of PlayStation VR to absolutely anyone. 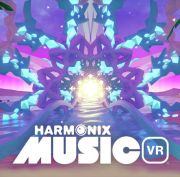