If I started handing out prizes for guessing Virginia's influences, I'd quickly be racking up a biscuit-debt from which I could not hope to recover. Instead, I'll tell you how it's going: the town I'm staying in seems nice enough, but odd coincidences seem on the rise, and my dreams are getting weirder. All the while the suspicious townsfolk around me seem to be hiding... well, something. That being said, the local cafe does a damn fine cup of coffee. 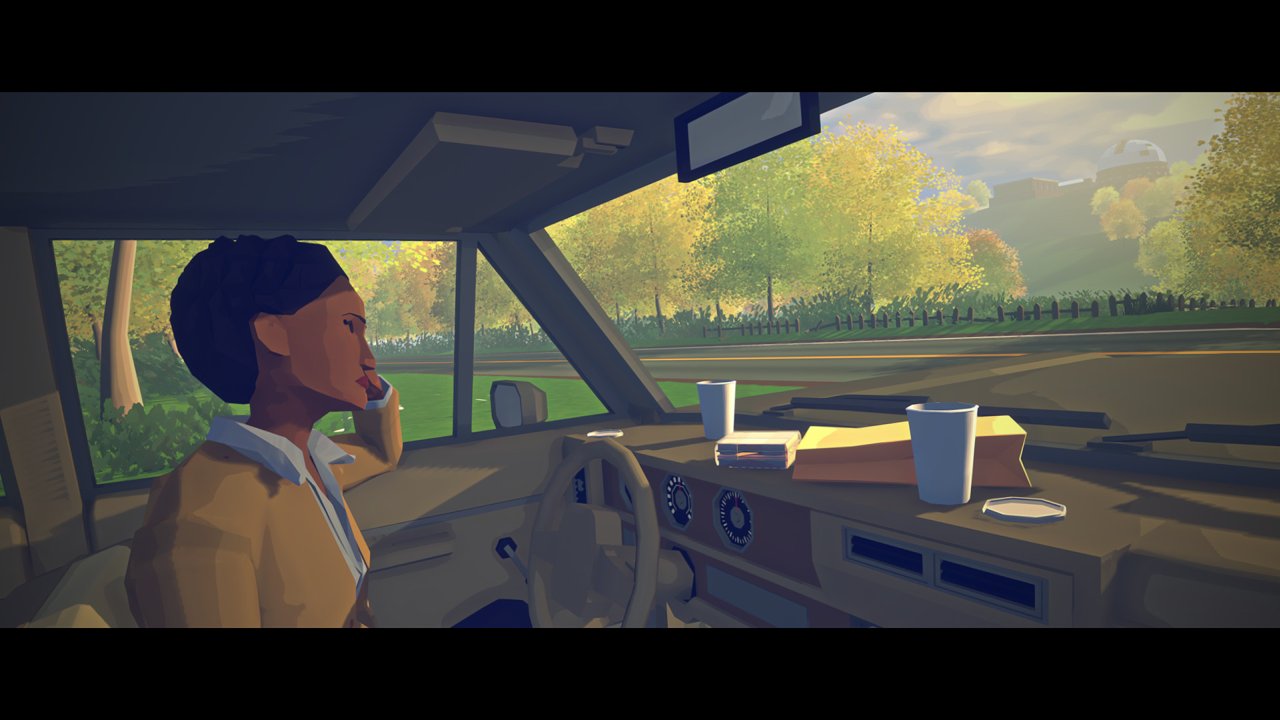 While Variable State's interactive-adventure positively hums of David Lynch's Twin Peaks (right down to the blaring jazz guitar underlying a synthy soundtrack), the influence of Brendon Chung doesn't go unnoticed, and not just because it's spectacularly short. Like the defiantly arty Thirty Flights of Loving, Virginia's ninety-minute story is punctuated by skittish jump-cuts and ruffling leaps in time, yet its distinctly linear progression keeps the adventure muddling into bedlam.

In departure from the bread-and-butter WASD, however, Virginia's control scheme rests entirely on the mouse. While right clicking gets you moving (or sauntering; quite the antithesis to Thirty Flights' rip-roaring protagonist), left clicking lets you open doors, scoop up case files and make a grab for your daily dose of caffeine in the local coffee shop. Movement's occasionally sluggish, but the fidgety editing rarely offers a chance to sigh before yanking you into the next scene.

Virginia's Lynchian romances ensure the surreality of Chung's eleven-minute romp is well-met. You play as Anne Tarver, newfound grad student and assiduous new kid on the FBI block. And as the canon of 1990's thrillery may contend, you're quickly partnered with the reserved Maria Halperin, and sent packing to investigate the disappearance of a young boy in a town with a buried past. 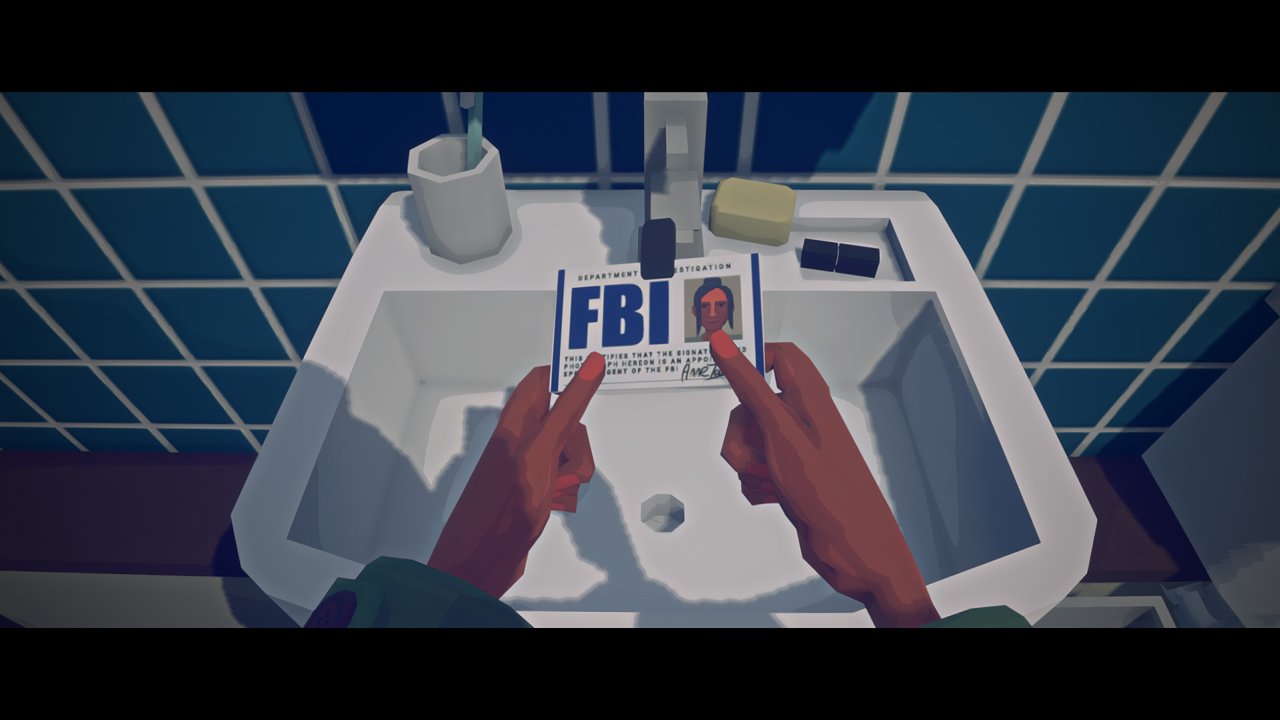 Despite the airy, almost-handpainted art style, the game world feels very much like a disquieting dream-sequence, augmenting the sedated reality of 90's Virginia with weird, symbolic happenings that achieve a suspicious sense of unease. The characters themselves flaunt a Fargo-cum-X-Files vibe, with plenty of Twin Peaks oeuvre dripping its way through drizzlings of nineties' references. The seedy offices, red-hued hallways and homespun cafés can summon fuzzy feelings of nostalgia (especially if you're a thriller fan), but it’s something that makes its lack of dialogue all the more noticeable.

For a game sprung from shows packed with quotable witticisms, Virginia's silence can strike initially inapt. But there's a surprising relevancy concerning the game's arguments, and it's in the game's moments of tentative division that gives its poignant themes purchase. While I drifted through idyllic suburbs with my stony-faced compadre, her unmitigated silence kept me consciously isolated, with only the doubtful eyes of the townsfolk to spur my investigations. The sense of unrest in Virginia is palpable, and despite the visual appeal - it's the questions the game raises that affect the most.

That distance can work a treat on the big screen. Of course, an engaging, relatable plot is often what we tune in for. But as a game, Virginia's lack of variety hurts player-involvement, and as such I could never quite divorce myself from the belief that it might've made a better film. 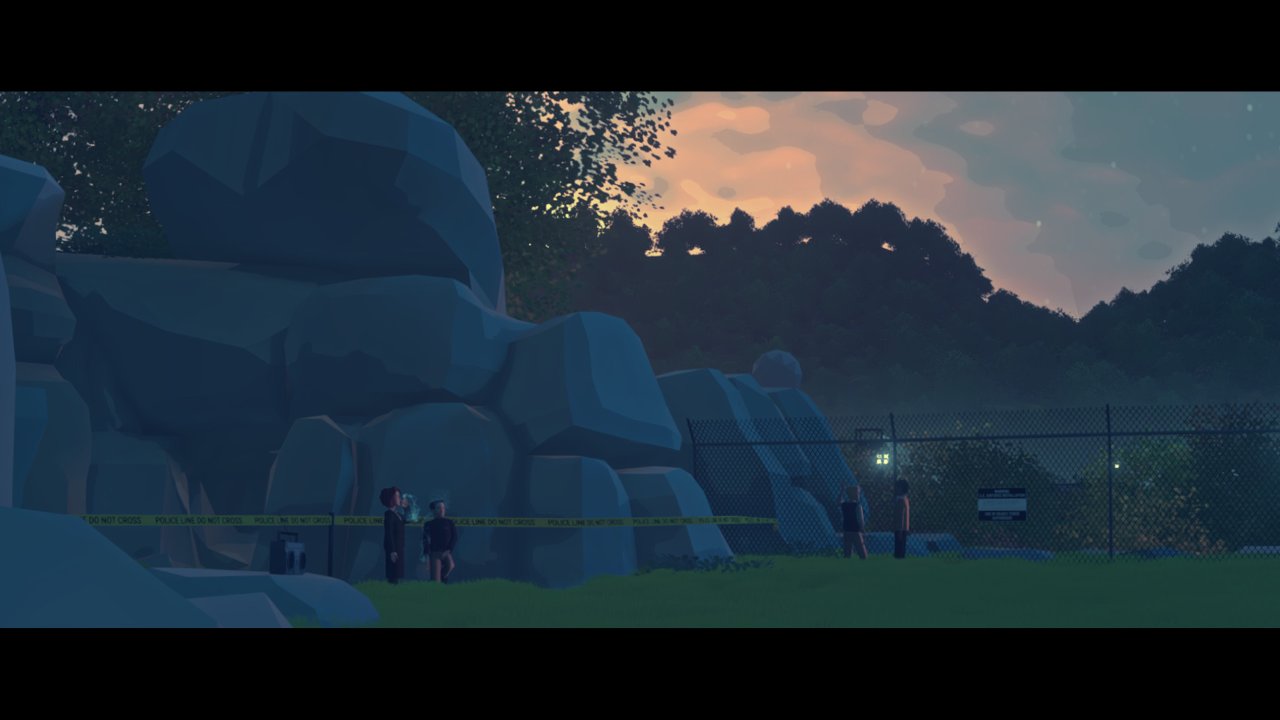 Jabs at oppressive tension can come off as repetitive filler, offering little variation to switch up the objective. One particular sequence revolves around the same three areas in an attempt at suspenseful symbolism, but the dream-like motif was unpleasantly nudged by the game’s samey objective. The scene usually shifts before mundanity truly sets in, but as dewy-eyed as I am for weird tonal twists, the technique notices more and more throughout and in places Virginia reads more like a collection of bizarre happenings than an involving, fluid thriller.

Environments are heartbreakingly underutilized. Goals require little to no thought in order to crack. The shady lab segments had me geared up for some sort of puzzle game, but I found myself instead resigned to passively reading case documents, and alternate pathways amounted to little more than a couple shelves or an empty bedroom. While it's made expressedly clear that Virginia ain't no mindbender, its strictly linear form doesn't fit the sense of secrecy painted by so admirably by its plot. Instead, environments that could've lent so much to the game's tone more often felt unrewarding.

The soundtrack does a lot to detract from that issue, however. A blend of fizzling synth and heavy bass, the strange song of Virginia evokes a perpetual unease, while the binaural recording style lending the game’s homely whispers and alien chills a vital sense of immersion. I was very occasionally convinced David Lynch had wandered into the ASMR vein. 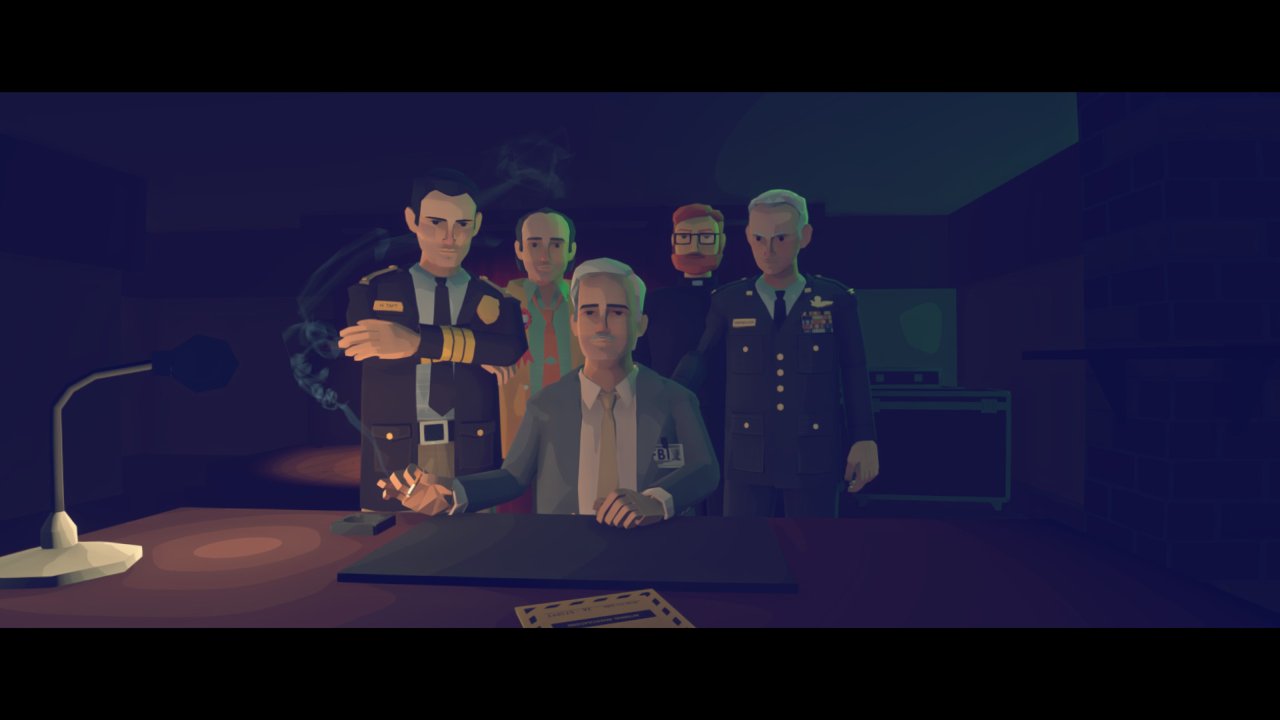 The mystical theatre of Virginia is undeniable, but it's also acutely sobering. With a psychological storyline that bleeds Lynchian symbolism, it flaunts the lovable isms of a beloved era of TV, while asking strikingly relevant questions surrounding societal difference and division. The effort is indisputable, and it may well have been hailed on the small screen. But it can be remarkably distant as a game, and ultimately its lack of depth and agency pulls it down as a first person adventure game.

65
While the adventure generally remains smooth, the odd bump in framerate can shake the narrative tension.
Overall
67
If 90's thriller is your bag, Virginia does it magnificently. Loaded with surreal coincidence and unsettling theatrics, its deliciously David Lynch. In another medium, this thing could’ve been great, but its allegiance to film form ultimately restricts its potential as a game. 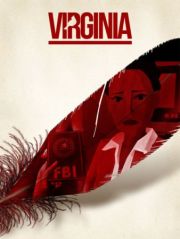